Liverpool campaign to End Furniture Poverty highlights desperate situation of thousands - The Guide Liverpool
Contact Us Advertise with The Guide Our Video Services Follow us:

A campaign to End Furniture Poverty, based in Liverpool, is helping to highlight the desperate situation of thousands of people who are living without basic items like sofas, cookers and beds.

The cost of living crisis has thrown a spotlight on food and fuel poverty, but End Furniture Poverty’s Claire Donovan says a lack of home essentials often goes under the radar.

“If someone is using a foodbank because they can’t afford to pay for their weekly shop, how can they afford even a low-cost cooker or bed for their child?” says Claire.

“With inflation rising, not only will more people struggle to buy items, the cost of those items is going up and up, so it’s a double whammy.”

End Furniture Poverty, set up in 2015, is part of the not-for-profit FRC Group which has been providing furniture, new and preloved, to people living in furniture poverty for over 30 years.

One of the ways it does it is through the largest furniture reuse charity in the UK, and a name which is very familiar in Liverpool – Bulky Bob.

More than half of Bulky Bob’s furniture collections are given away free to people in need and the rest is sold at low prices in its shop on London Road.

In addition to the usual sofas, tables and chairs and kitchen appliances including washing machines and fridges, the charity is also pioneering the reuse of mattresses thanks to a specially-created machine at its workshop. 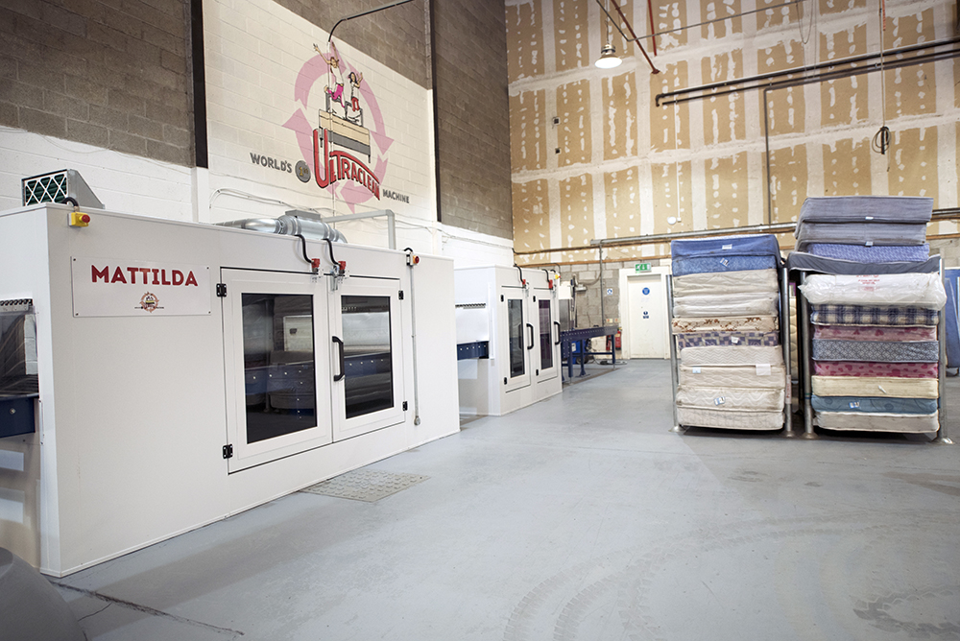 Believed to be the first of its kind in Europe, if not the world, it allows mattresses which might otherwise have gone to landfill to be given a second lease of life.

“It’s estimated around 10,000 children in Liverpool City Region haven’t got their own beds to sleep on but so many mattresses go to waste every year, often because people can be unsure about reusing them,” says Claire.

“So we looked at all the things people might be worried about and developed a machine to tackle each one. The mattress is checked for rips and tears, then it goes through this machine which takes all the contaminants out and when it comes out the other end it looks, feels and smells like new.”

In addition to supporting frontline services in reusing furniture, End Furniture Poverty also works with housing associations to set up more furnished tenancies – only 2% of social housing is currently let as furnished meaning struggling families, people escaping domestic violence or coming out of homelessness face the expense of filling an empty home when they can least afford it.

“That has a huge impact on physical health – people could be sleeping on the floor, or maybe don’t have a cooker so rely on takeaways or ready meals – on mental health, on people’s finances because they can go into debt to buy items, and on social health because people are less likely to invite someone into their home if they don’t have a sofa for them to sit on. 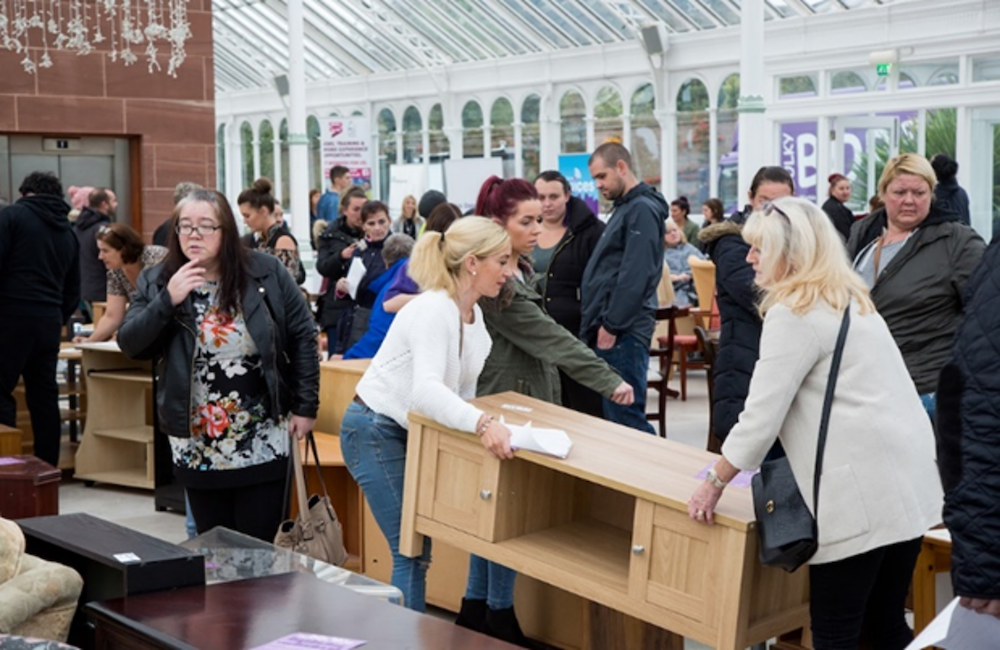 “It’s also very expensive to live in furniture poverty, taking into account things like having to use launderettes or rely on takeaways.”

Although it’s based in Liverpool, End Furniture Poverty is a national campaign with UK-wide aims – raising awareness and lobbying the Government for more long-term funding to tackle the issue.

“From January to March this year we had over 2,000 emails and a similar amount of phone calls from people asking for help,” says Claire. “We’re lucky in Liverpool because we have Bulky Bob and Liverpool City Council’s crisis referral scheme, the Liverpool Citizen Support Scheme, is gold standard and provides a huge amount of support but people sometimes just need to know where to start.

“We’ve helped hundreds of thousands of families in Merseyside since we began and we’ll continue to do that. Families are ending up sharing beds, or children are sleeping on floors and that’s not right, we need to do something about it.