Liverpool charity Sahir House is appealing to supporters to come together and help secure the future of LGBTQ+ services in the city after it lost around two-thirds of its funding.

The charity, which was set up more than 30 years ago at the height of the HIV epidemic, has grown since then to become the largest LGBTQ+ charity in the region.

Alongside HIV services, it offers free counselling as well as help and advice around health, education, housing and employment for the wider LGBTQ+ community.

Most of Sahir House’s funding comes from local authorities, but now it has lost its biggest funder because Liverpool City Council has awarded the contract to provide HIV support and prevention services in Liverpool to an organisation from outside the city.

“Sahir House has been around for 37 years, previously as two grassroots organisations created by people living with HIV to support others with HIV, at a time when there was no viable treatment.

“Local authorities across Merseyside contract us to deliver HIV support services, and what we’ve done is be really frugal and stretched the money we have as far as we can so we’ve been able to deliver other LGBTQ+ support services. We do as much as we can for as many people as possible.

“The contract is a four-year one which can be extended up to six years, and Sahir House has held that for decades, but at the beginning of this year it came back up for tender. It was a competitive process and the council decided to give the contract to an organisation outside Liverpool.

“That means our funding from Liverpool City Council, which makes up around two-thirds of our total funding, will stop as of August 31.” 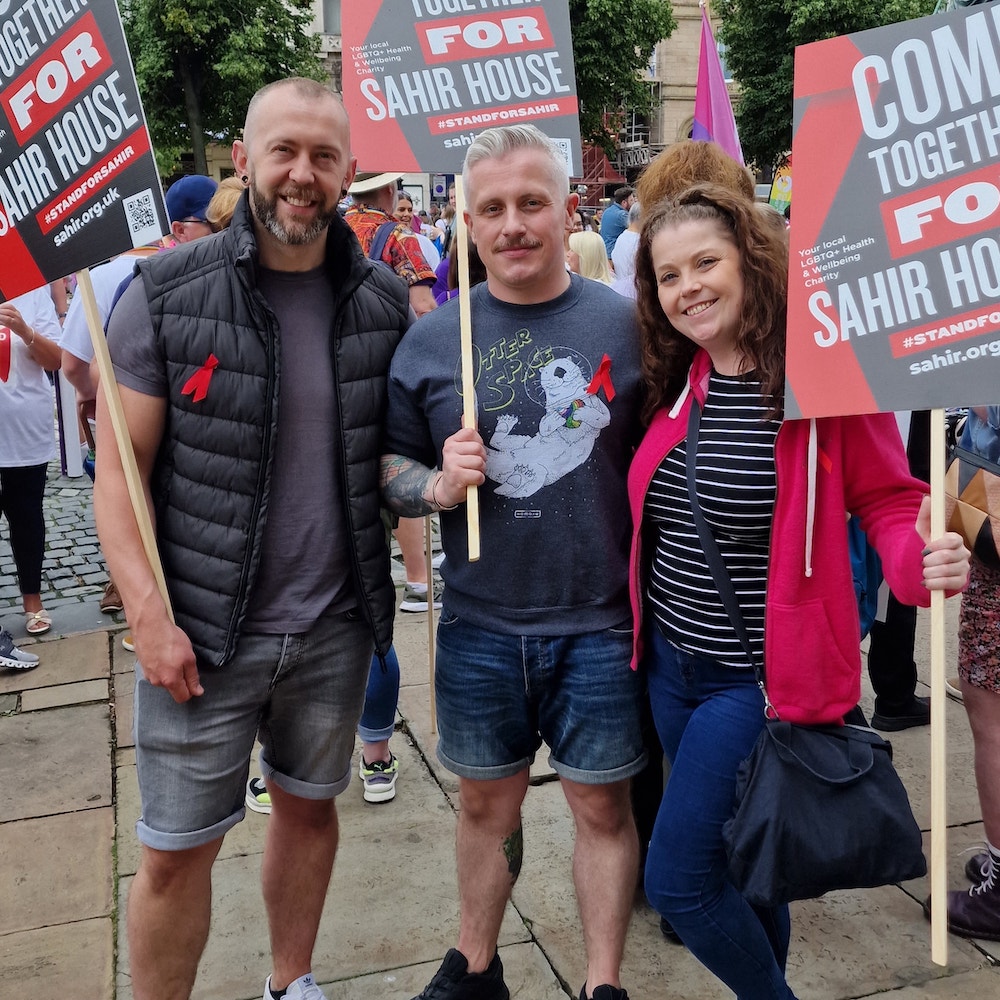 Ant says they still work with local authorities in Wirral, Knowsley, Sefton and St Helens, so Sahir House won’t stop providing services altogether, but they won’t be for people in Liverpool unless extra money can be found to pay for them.

“Losing the Liverpool funding leaves a gaping hole so all this support that we’ve developed over the years, that the community relies on, we will need to find other funding to be able to carry on doing that. It might only be one element that we’re losing, but that one was significant and it enabled us to do lots of others things.

“This comes at a time when the demand for what we do, and the services we provide, is increasing year on year.

“Merseyside has a big queer community and we have more people every year coming and knocking on our door and saying ‘what can you do to support us?’.

“Hate crime is at an all-time high, stats recently showed the equivalent of three hate crimes are committed every day of the year against someone from the LGBT community in our region. And there are massive inequalities in health, education and employment.

“We want to be there to help with those disparities and offer all the things we always have so that’s why we’re fundraising now.”

Sahir House has launched a #standforsahir appeal, which Ant hopes will help protect its vital services.

“It’s an extremely worrying time for our organisation and the folk we support,” he says.

“We’ve always done more than has been asked of us and made the money stretch as far as possible because we care.

“I don’t want to see us retract, I want to see us move forward and build, so that’s why we’re doing this shout-out, to remind people of all the services that we do usually just quietly get on with providing. Otherwise, we’ll be able to deliver very little in Liverpool for the next couple of years, because we can only do what we secure the funding to be able to do.

“We’re so engrained in the community in Liverpool, people know our name and what we’re about, and something special would be lost without that in the city.”

To find out more about Sahir House and how to support the #standforsahir appeal, go to the website here.