Liverpool chef Dave Critchley has been delivering food, presents and hope to families in need this Christmas - The Guide Liverpool
Contact Us Advertise with The Guide Our Video Services Follow us:

Liverpool chef Dave Critchley has been delivering food, presents and hope to families in need this Christmas

He was given the name Father ‘Critchmas’ – but Liverpool dad Dave Critchley wasn’t delivering games and toys across Merseyside over the festive period, he was giving out something far more important – food and, crucially, hope.

“It was my biggest one so far,” smiles Dave, “But it was so important.

“Times are really hard for a lot of people and so many go into debt at this time of year, with presents, and food and drink. The idea was that if you can take the stress away from having the Christmas meal, which I believe everyone should be able to enjoy, then that helps.”

With support from One Knowsley, more than £30,000 was raised by LFC’s Red Neighbours Charity, Everton in the Community, Knowsley Kitchen (which Dave helped set up in March), Jamie Carragher’s 23 Foundation, RW Invest in Liverpool, Liv Housing and, even, Virgil Van Dijk personally. 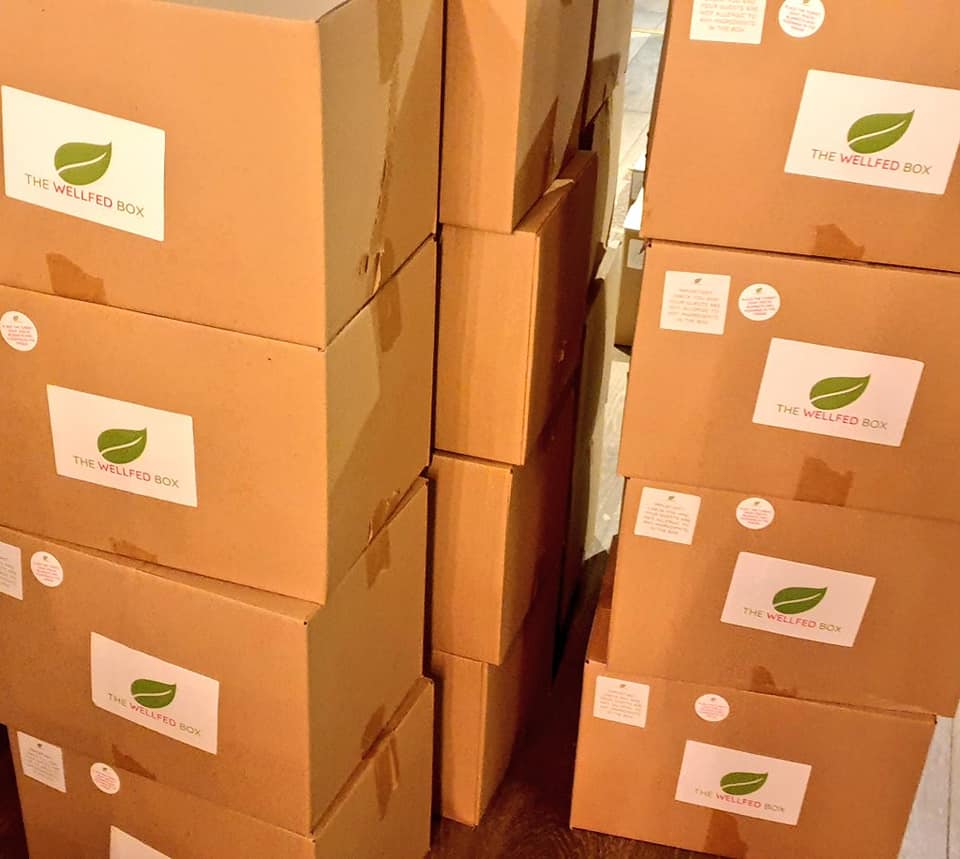 The boxes contained everything from soup and a turkey breast, to vegetables, desserts, mince pies , crackers and recipe cards on what to do to create the perfect meal.

It was a mammoth effort, and it rounded off a year of giving for Dave. For, while few can be thankful for Covid-19 and the horrendous year it created, it did present Dave with the reasons and the motivation to throw himself into setting up a variety of schemes to help others.

“I’d been involved with food banks and always wanted to do more,” says Dave, who’s married to Karen with whom he has a five-year-old son.

“But life gets in the way and you don’t get round to doing it. When coronavirus happened, I closed down the restaurant even before we were told to because I felt it wasn’t safe for customers and staff and, once we’d put together food parcels for staff when we emptied the fridges and freezers, we distributed the rest to food banks and homeless charities like the Whitechapel Centre, and we gave PPE and alcohol gel and sanitiser to groups like the Paper Cup Project, working with the homeless.”

Dave had already called a meeting with restaurant heads in the city to act as a support and a voice, from which Liverpool 19 HSG was born.

“But then I thought, what are we going to do?” he says. “It was a terrifying time, but it was a catalyst to doing more. I sat down at home and looked through social media and saw how supermarkets were struggling to cope with demand, and people were struggling to be fed, and we saw heart-breaking images of older people looking at empty shelves.

“I knew loads of suppliers, so I put a post of Facebook telling people to contact me if they needed anything. The phones didn’t stop ringing for a week.”

At first Dave managed on his own, leading to 12-hour days as he tried to manage orders from the public and places like care homes for whom restrictions meant they were unable to get everything they needed.

Then he set up LIDS, Liverpool Independent Delivered Services, which brought together local independent suppliers, to offer families a high-quality delivery service of essential fresh foods, from meat and fish, fruit and veg and, eventually, luxuries like cakes and desserts.

And through it, people were given the chance to buy forward; to buy food for those less fortunate, food banks, packed lunches for children and, eventually, a new charity, Knowsley Kitchen.

“Knowsley Kitchen was probably always going to happen,” explains Dave, “but it was progressed quickly through the pandemic. The idea of Knowsley Kitchen is to give a hand up, not a handout. Foodbanks are great and do absolutely amazing work but they’re not the solution or the answer.

“With this, the idea is to give people access to healthy and nutritious food and teach them to cook it, and we want it to be a sustained project. Initially, with the help of local fruit and veg suppliers like People’s Produce in Huyton, we – I work with several local community groups and projects – aimed to fund fresh boxes for 20-odd families – we now provide them for 100 families every week, reaching the most needy.”

And there was more.

In the half term holidays Dave aimed to help feed 100 school children and posted a request for help on social media.  Help came – perhaps encouraged by Marcus Rashford’s initiative – from local people and across the world from Canada, Norway, the US…

And, from April, Dave embarked on the Well Fed Project, working with housing associations, community groups, companies, charities and Individuals across the city region to get nutritious and educational boxes to a wide range of people in the community. It focuses on wellness, food and education.

“It’s like Hello Fresh for people who are less fortunate,” he says, “providing ingredients and recipe cards, similar to Knowsley Kitchen, so people get fresh healthy produce and we educate them how to cook with them. We’ve worked with Wirral Council and housing associations in South Liverpool to get them to the families who need them most.

Dave is a busy man, running a busy city restaurant, supporting a family, and yet he is always aiming to do more, not for himself but for others.

“I was brought up in Childwall, an affluent area,” says Dave. “We weren’t rich, and my parents worked hard to provide for three kids, but we never had to worry about where our next meal was coming from.

“I have gone on to create a career for myself around food and so anything food-related grabs me. The fact that we have 80,000 children considered at risk and suffering from food poverty in our city is staggering, and I just want to help where I can. Lockdown helped me to re-evaluate everything. 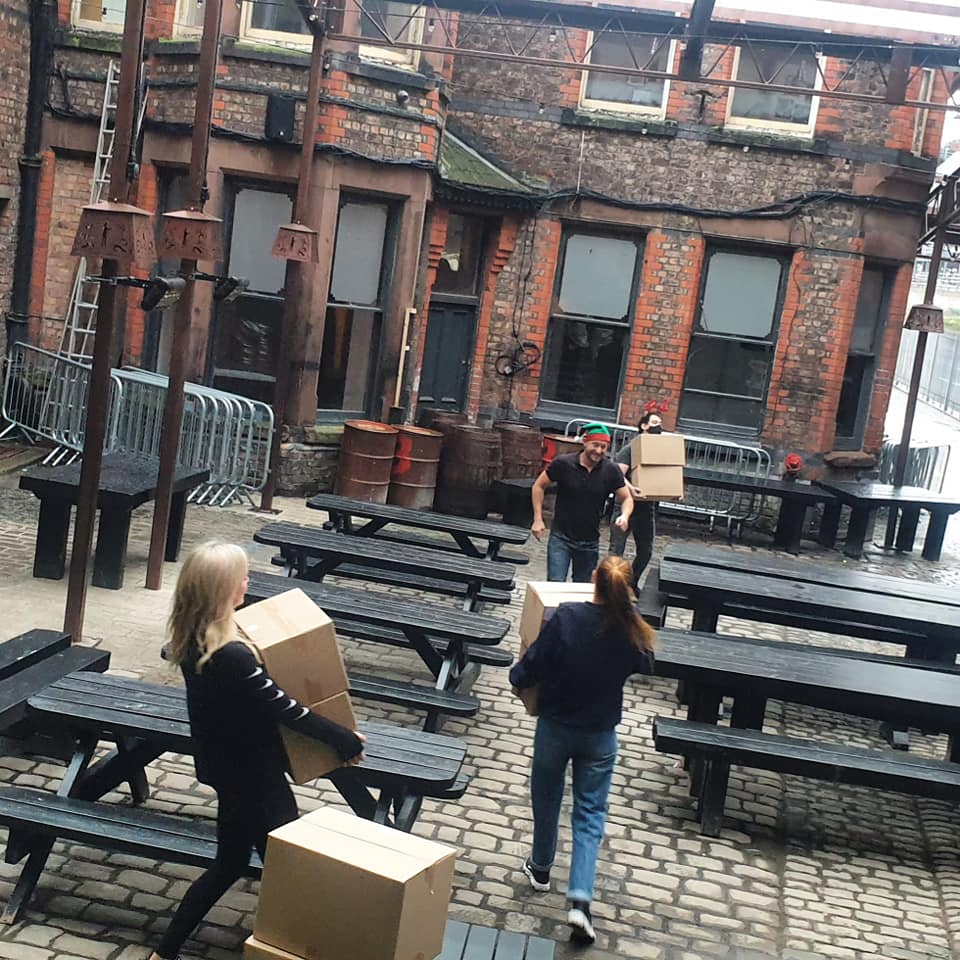 “Seeing the problem and knowing it’s there means someone has to do something – and it’s too easy to think it will be someone else. Why not me? I love this city, I’m a massive advocate for this city, I want to do what I can for my community. This year taught it was time to stand up and be counted.

“I get a huge sense of satisfaction of course – and the messages of thanks from people can really catch you and knock you sideways. I am proud of what I’ve achieved with help from so many other people. But I always want to do more.

“With help – I can. I’m looking for support right now to take the Well Fed Project forward, big companies and organisations, who can help us to reach more people.

“Wouldn’t it be amazing if, in 10 years’ time, there were no foodbanks because we no longer needed them?”