Liverpool costume makers for hit shows like Game of Thrones are sewing scrubs for frontline medics - The Guide Liverpool
Contact Us Advertise with The Guide Our Video Services Follow us:

Liverpool designers and costume makers from TV shows including Game of Thrones and Poldark are using their skllls in lockdown to sew scrubs for NHS medics.

Hundreds of sets have already been completed and gone out to Walton Hospital, Alder Hey Children’s Hospital, The Royal, Arrowe Park Hospital and Craven’s funeral directors as well as Individual doctors and nurses, all with rainbow ‘thank you’ labels stitched inside.

Work here started in March when a colleague of designers Jan Simpson and Joanne Thompson phoned them asking for help.

“She’d had a desperate call from a consultant friend in Yorkshire who was in need of scrubs and asked if she could set a work room up,” explains Jan. “All our jobs came to an abrupt halt with the coronavirus so it was a natural thing to put teams of makers together.”

Jan, who lives in Grassendale, is a costume designer/assistant costume designer specialising mostly in period dramas like Poldark, Les Miserables, Gentleman Jack, and The English Game. It’s her job to design and bring together teams to make the costumes needed for the productions.

Did you know these 15 films were filmed in #Liverpool?
>>https://t.co/KSj9QS8WX2 pic.twitter.com/tfWrtaTjRo

After setting up groups in Liverpool, Yorkshire and Manchester, Jan spotted the Helping Dress Medics idea on Facebook, along with a Go Fund Me page which had been launched to buy all the materials needed to make scrubs.

That was started by fellow designer Dulcie Scott, the woman responsible for creating fabulous couture dresses worn by actress Ruth Wilson in the BBC’s series His Dark Materials – hence the reworking of initials HDM for Helping Dress Medics. 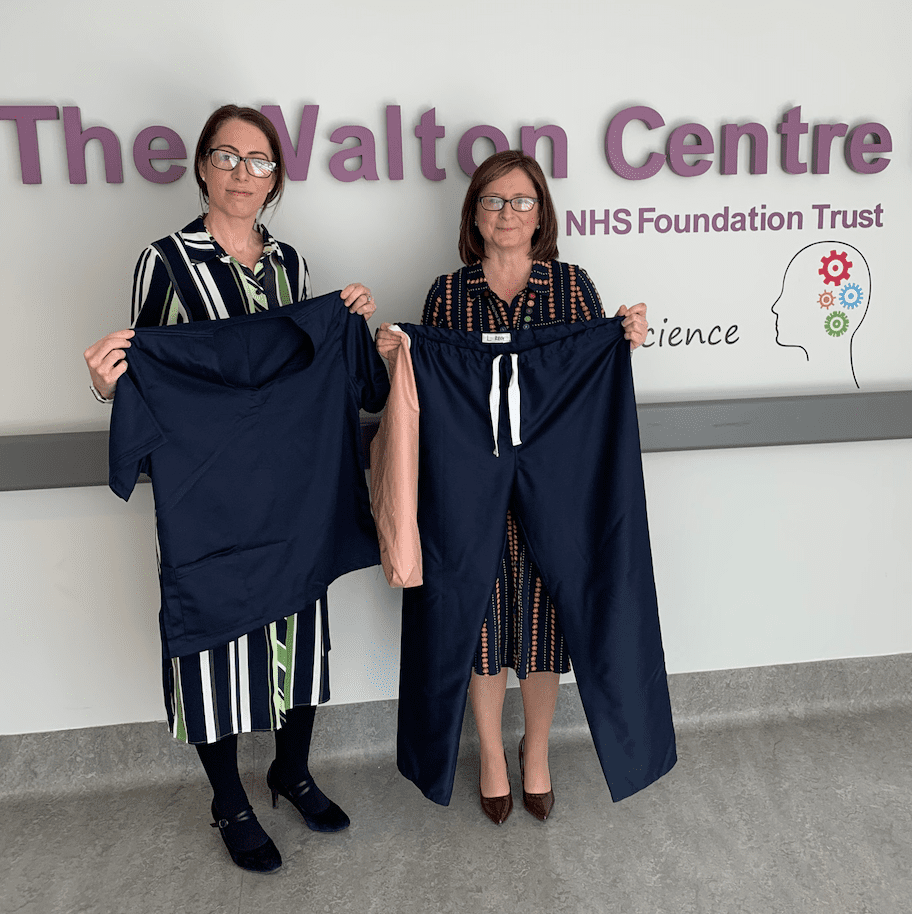 “I mentioned it to my friends, we rang Dulcie and all three teams joined her Go Fund Me Helping Dress Medics, making scrubs for the NHS,” adds Jan.

“There are now more than 150 makers involved nationally, mostly from the film, TV and theatre sectors, and there are also kind volunteers, mums and neighbours who are making scrubs bags.

“We have a wonderful voluntary team of creatives in Liverpool and The Wirral who are some of the best seamstresses in the country. They have worked on some amazing productions, making costumes for TV series and films such as Poldark, Les Miserables, Game of Thrones, Tolkien and The Irregulars, as well as theatre productions and panto.” 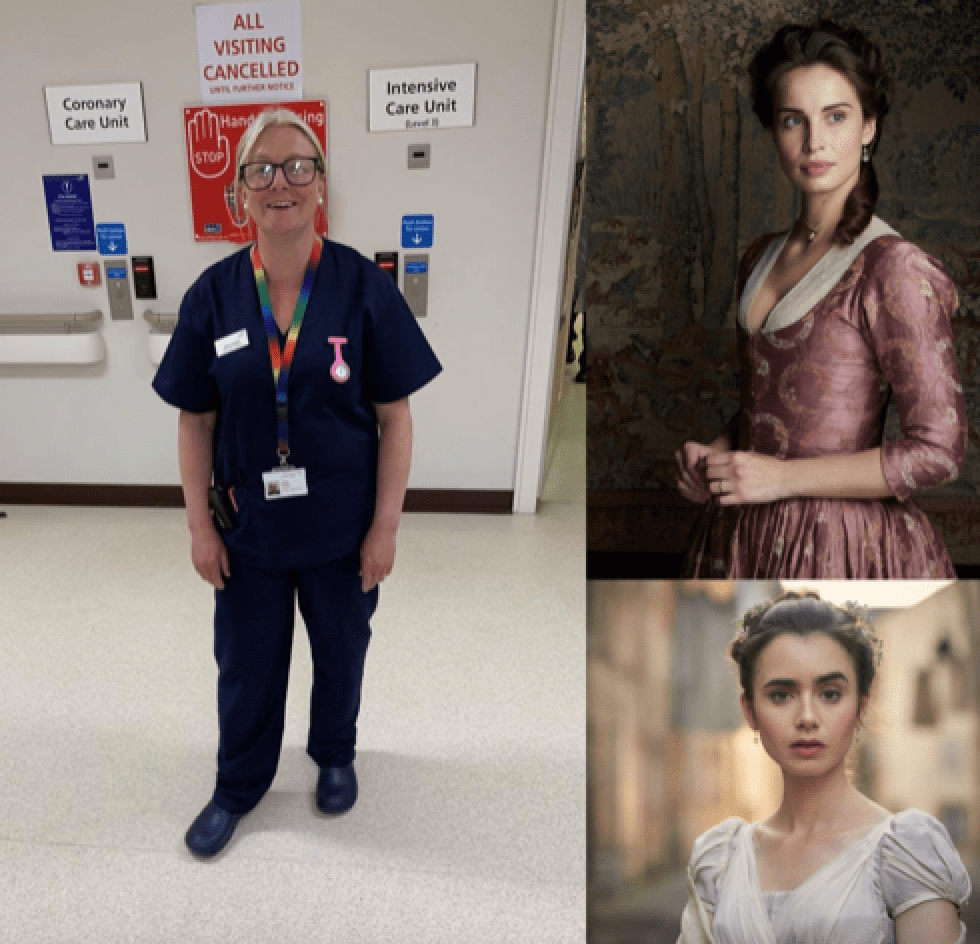 Ness Coupe made outfits for Poldark and Les Mieserables, she now makes them for Kelly Curtis in Critical Care

Among those who have also given their time and expertise are Liverpool fashion designers Philip Armstrong and Tony Burke Armstrong who are known for their red carpet dresses, and Mary Lamb, creative director of Fabrication Studio, who designed for the opening sequence of The Netball World Cup last summer. 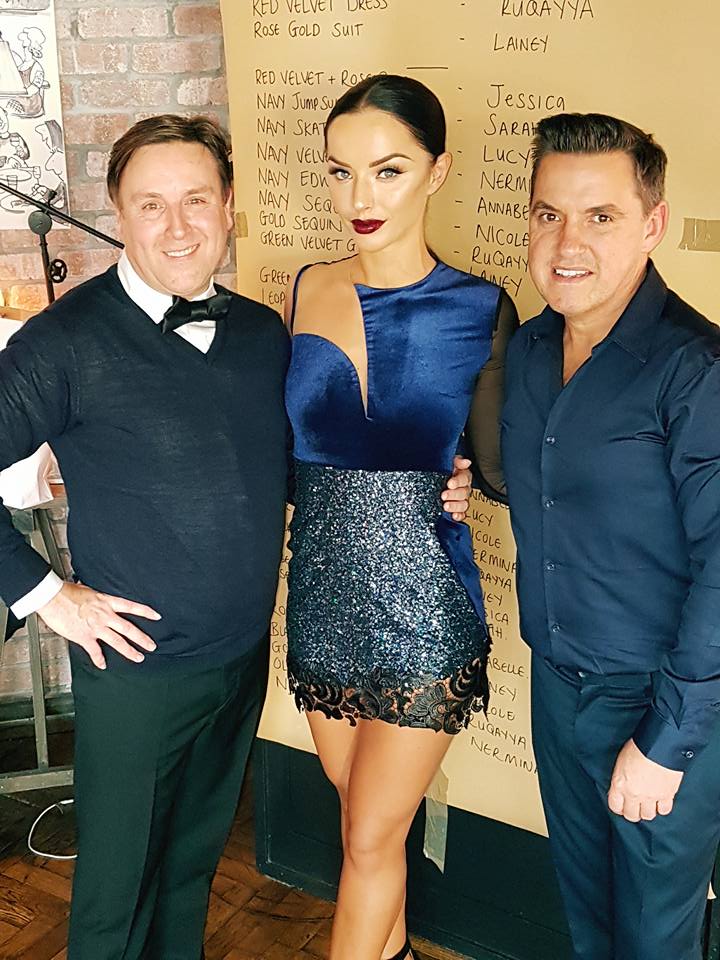 The team of 28 have drafted in support from designers Alena Kudera, Stephen Martin and Gary Hayes, fashion tutors Paula Johnson at Chester University, Toni Bati from LIPA and Cathy Reilly from JMU, plus production managers Stephen Walker and Anna Graham who are volunteer drivers.

Using the necessary PPE, Kitty’s Launderette in Anfield is washing the scrubs free of charge before delivery.

Jan and Jo, who lives in Aigburth, are coordinating daily with makers, hospitals, doctors and nurses, obtaining the fabrics from HDM, distributing them, then sending completed scrubs to the laundry before they’re delivered to the hospital wards where they’re most needed. 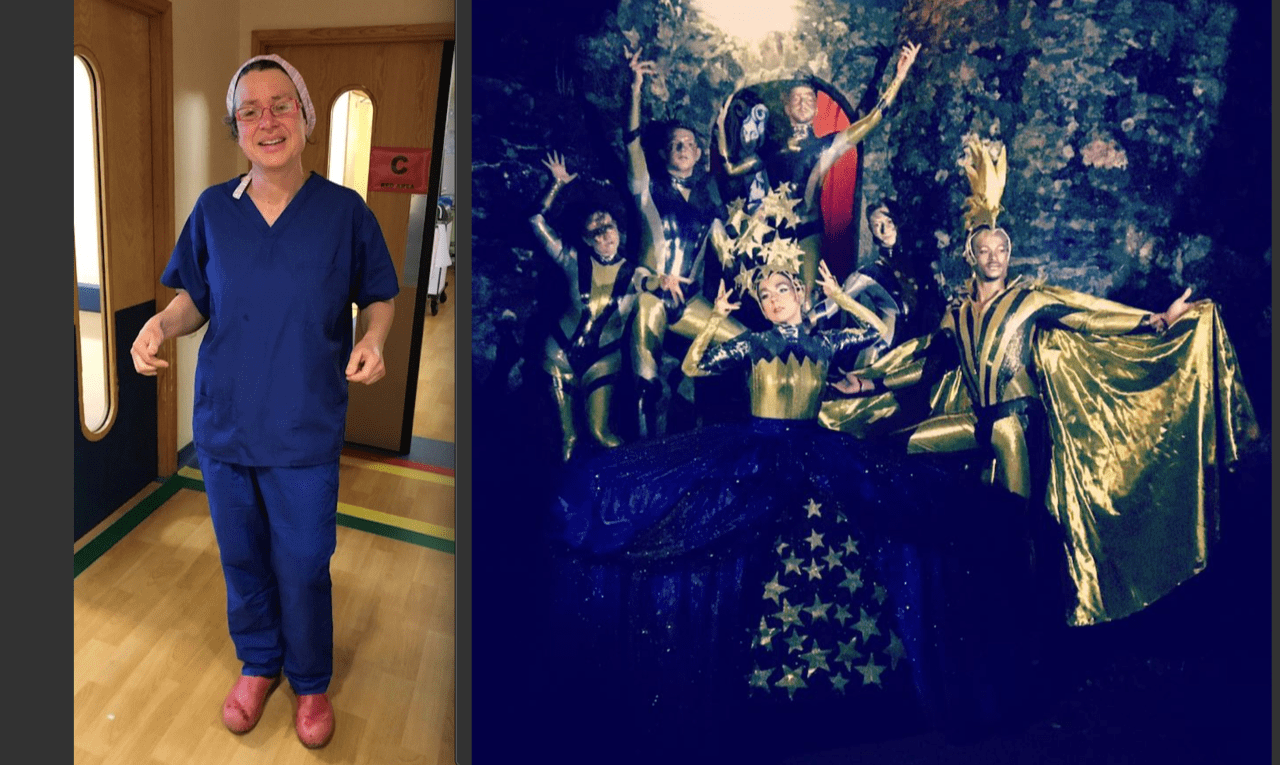 Mary Lamb from Fabrication Studio made & designed for The Liverpool River Festival now making for Miriam Taegtmeyer, consultant in infectious diseases at The Royal Liverpool Hospital

With hundreds of sets already created, they say they’ve no plans to stop any time soon.

“Medics go through at least three pairs of scrubs a day, they have to change constantly, so that’s how this started – because we heard there was a desperate need. 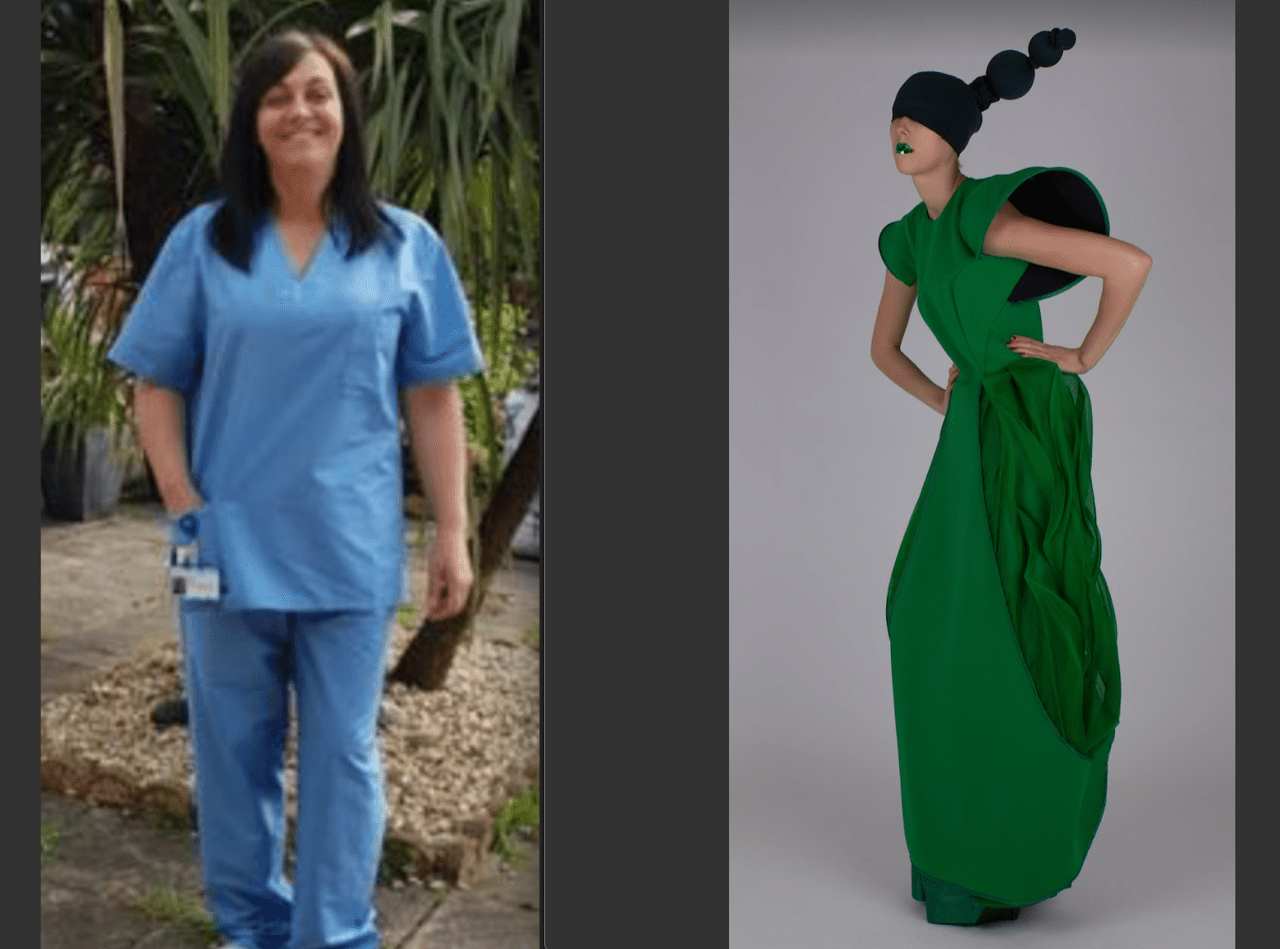 Fashion designer Alena Kudera who designs for her own label, KUDERA, now making for Claire Brown from Aintree Hospital Liverpool

“So as long as that carries on, and we keep getting donations, we’ll continue making,” says Jan.

Helping Dress Medics has already raised more than £83,000 nationally, making thousands of sets of scrubs for frontline workers most at risk from Covid-19. To donate, go to the website here.