Liverpool could be the next Covent Garden, says Beyond the Fringe organiser - The Guide Liverpool
Contact Us Advertise with The Guide Our Video Services Follow us:

Liverpool could be the next Covent Garden, says Beyond the Fringe organiser

Liverpool could become the next Covent Garden, attracting street performers from across the globe and gaining a reputation as a go-to city for outdoor entertainment.

Melvyn Altwarg, one of the creative brains behind this weekend’s Beyond the Fringe festival, says: “This could be the start of something big.

“Liverpool could replace London as the place where you go and watch street shows. And remember, London is famous worldwide, Covent Garden, for street performing, and it brings in a lot of tourists, not just from England, Wales, Ireland and Scotland, but from abroad.

“They all know. They go there. And I believe Liverpool could get that reputation.”

Melvyn adds: “You’ve got a great population in Liverpool, there’s an atmosphere in the city, there’s a friendliness that exists, and that’s really good for street performing.

“My colleague Matt Boden and I came and did some shows. People are used to seeing musicians, which is lovely, but they’re not used to seeing big street shows with skills. Matt started doing shows and people thought this was great.

“He talks and it’s funny, he does contortion acts with a tennis racquet, juggling and tricks on a rope. People loved it, people were stopping and just enjoying it … in the same way as Covent Garden.”

And he goes on: “Williamson Square, where much of the Fringe Festival will take place, would be perfect for it. Just like Covent Garden it would take time for people to get used to it. People don’t tend to go to Williamson Square but it could be a place people go to. What do you do in London? You go shopping, you go to eat, and especially if you’ve got kids, you visit Covent Garden for an hour or two hours.”

Melvyn says the Beyond the Fringe festival could be an annual festival which grows and builds, creating the culture to make it happen.

And he is speaking from a wealth of experience.

Melvyn, has a renowned reputation as an events organiser, artistic director, festival organiser and performer, and more.

One of his current roles is as a rep for the Covent Garden performers, speaking with authority having spent years performing there as well as throughout the world. 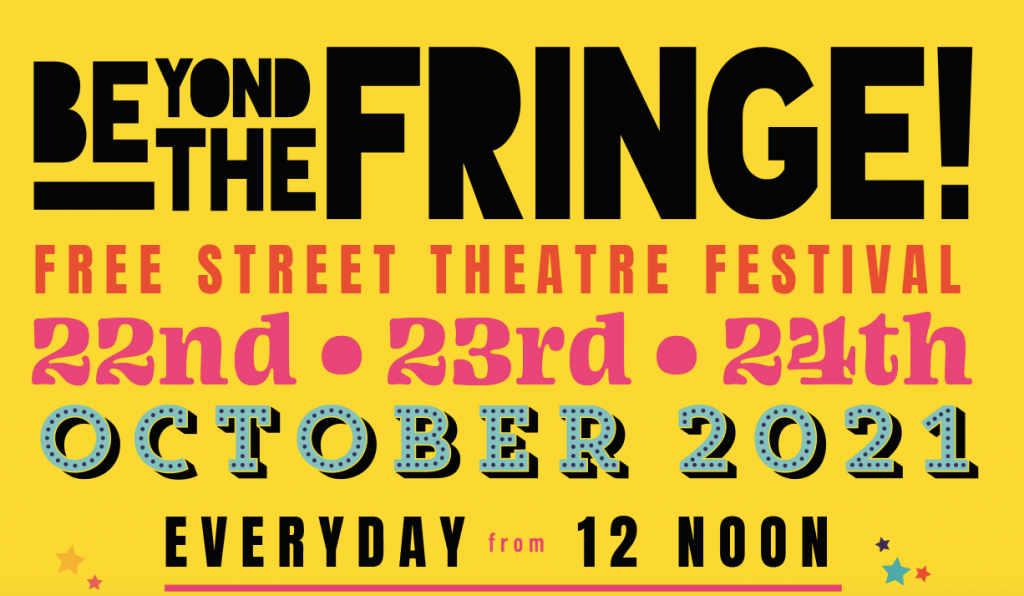 He says: “When I was working in Covent Garden, Eddie Izzard was there. He was there going on a uni-cycle in chains, and if you put that in context of where Eddie’s career went, that’s what can happen.

“I was in Men in Coats, who are coming to Beyond the Fringe – and remember they have played the Royal Variety many times – and I got hired to do walk about entertainment when Madness were doing a couple of gigs at the Hackney Empire. I did a dance on stage with Madness.”

He smiles: “I have had a brilliant career. Whether I was on the street, or in the theatre, or doing corporate shows. But there were shows I did that made my year – the show with Madness was one of them!”

Melvyn praised the forward-thinking of the city, from Culture Liverpool to Liverpool BID company and the businesses, The Bluecoat, and others, who have all been supportive of Beyond the Fringe.

“They embraced the festival and helped to make it happen,” he says, adding that they could help it develop too.

“Over time I would love to see local young people learn some of the skills and become the people who do the shows. The talent is there. 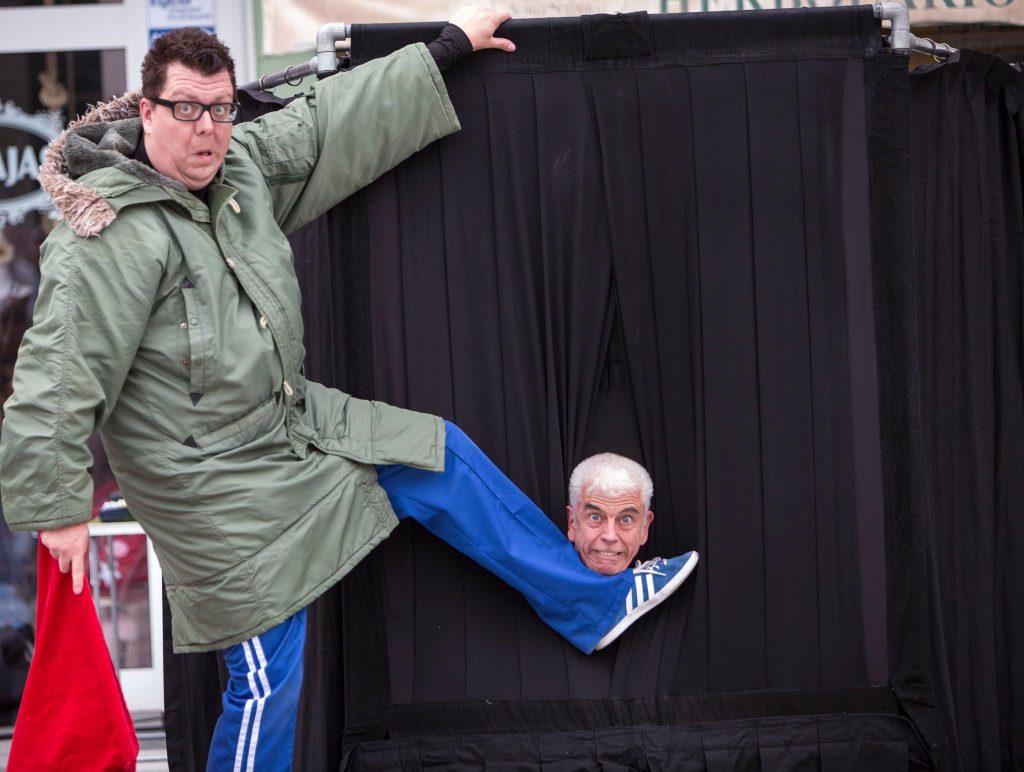 Men in coats will headline this weekend

Until then, he is urging people to head to Williamson Square and the streets around the city centre from Friday to Sunday, where world-class acts will be descending on the city.

“Be entertained, smile, and have some fun,” he says. “Everybody’s been stuck indoors, we need a laugh, so come down and have a fun time.

Find out more about Beyond the Fringe and see the line here.