Liverpool couple decorate their house with over 20,000 Christmas lights to create dazzling charity shows every night - The Guide Liverpool
Contact Us Advertise with The Guide Our Video Services Follow us:

Liverpool couple decorate their house with over 20,000 Christmas lights to create dazzling charity shows every night

A couple from Halewood have decorated their house with more than 20,000 festive lights to create a stunning Christmas show, all sequenced to music, in aid of Alder Hey.

Helen and Marty Walsh have spent the past 10 months planning, designing and sourcing the lights, as well as best part of a month testing them all.

They’re putting on four light shows every night, right up until January 5, to raise money for the hospital’s charity.

Their house, on Palmerston Drive, is now home to over 22,000 pixels, lighting up matrix panels in the windows, singing bulbs and a singing Christmas tree, candy canes and snowflakes, and a 2.5metre-high custom-made mega tree with a giant star on top.

And for every flashing light there’s a Christmas classic because Helen, Marty and their eight-year-old son Charlie have also put together a setlist of favourite festive tunes which play in synch.

This week’s big switch attracted a crowd of around 150, and they’re hoping that over the next five weeks generous visitors will go on their Just Giving page or throw a donation in the bucket to help them towards their target of £1,500 for Alder Hey.

Helen says they came up with the idea after Marty spotted a video of another light spectacular on Facebook this time last year.

“He’s always had a passion for Christmas lights, and lights in general – he’s quite techy so we have lots all over the house – so he showed me the video and said ‘we’ve got to do this’. 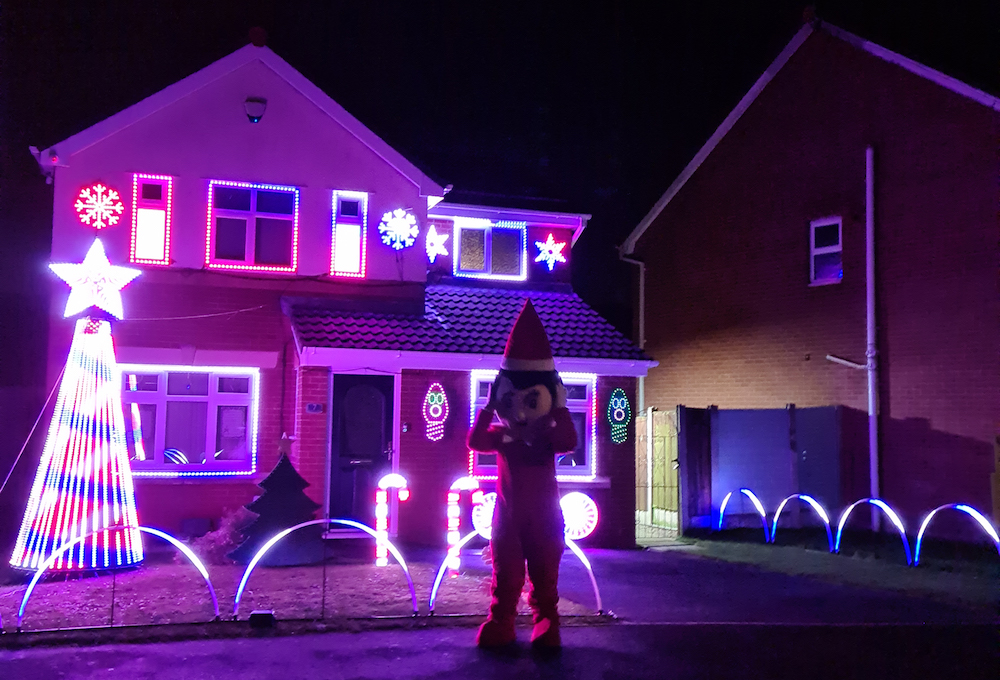 “He set about researching how to do it, and all the companies that would be able to supply what we needed. A lot were based in America but there was one specific company in the UK, a small business based in Kent, that did everything we wanted and the quality is absolutely fantastic.”

In fact, says Helen, they were so good they had to turn them down from 100% to just 20% so they weren’t too bright.

MORE - 12 things for your weekend in Liverpool (December 3rd – 5th)

Marty then created the overall design using software which allowed them to sequence the lights and get a virtual preview of how the finished show would look.

Once they were happy with all the elements, they set about making the props themselves from scratch, building and spray painting everything from LED arches and window frame lights to the mega tree to sit alongside props from the suppliers.

As everything started to come together, the couple stored it all in their conservatory until Marty was able to finally spend three days installing it. 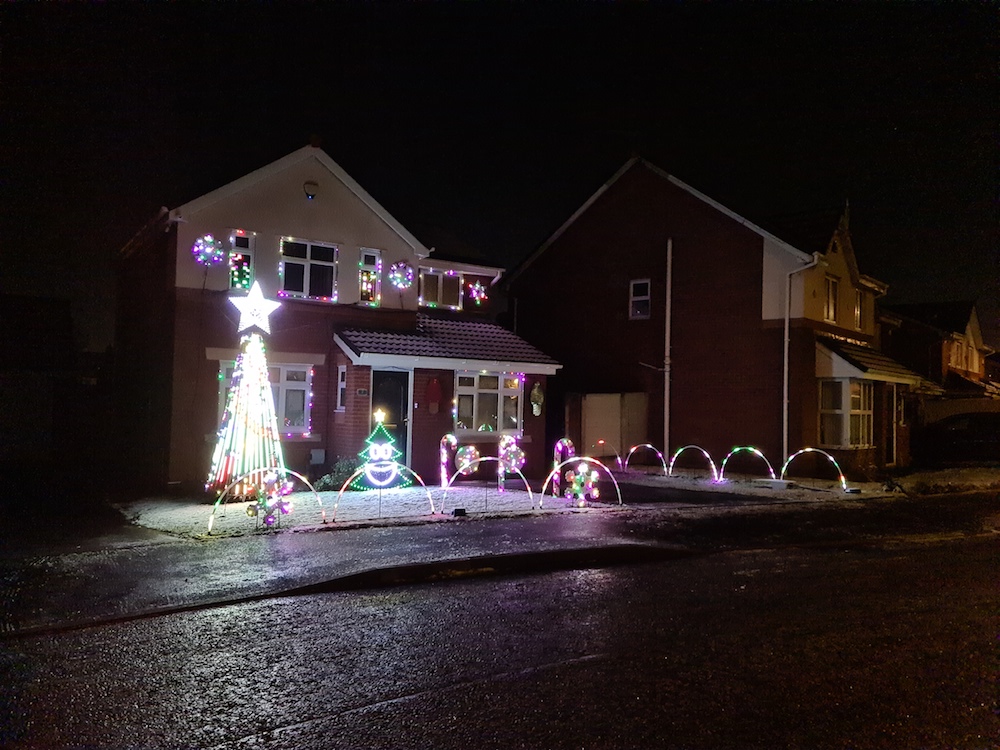 “We started in January so it was the culmination of 10 months, including the last month which was spent testing everything: the speakers, the amp, all the sequences and the lights to make sure they were looking and running smoothly.

“We were just so grateful for all those dry days in October and November which allowed us to get everything up and tested.

“We hand delivered a letter to every house on Palmerston Drive and the Close opposite as well to tell them about what we’re doing, how it would work, the times of the shows and the links to the social media and Just Giving page, and we didn’t get a single concern raised.”

Now, she says, everything is fully automated so they can just sit back – or get out with buckets – as crowds arrive to watch the shows at 6pm, 7pm, 8pm and 9pm every night.

The three early ones last almost 40 minutes and are aimed at children, and the later one is a bit longer and is more adult-orientated because it features Fairytale of New York.

It’s already proved a huge success, so much so that they’re planning to expand it next year.

And Helen says their son Charlie absolutely loves that his house is such a Christmassy centre of attention.

“He really loves Christmas so he thinks it’s great, and he chose one of the songs for the sequences which is his favourite … it’s I Farted on Santa’s Lap!”

To find out more or donate to the Liverpool Christmas Light Show, visit their website