Liverpool DJ gets on her bike to launch a lockdown eco business - The Guide Liverpool
Contact Us Advertise with The Guide Our Video Services Follow us:

Before the first lockdown hit in March last year, Liverpool DJ Clare Blair had a diary full of bookings right through 2020 to look forward to.

But as soon as restrictions came in, every one was cancelled and Clare, from Wavertree, found herself at a loose end.

Instead of waiting for the work to come back, the 42-year-old decided it was time to put into action an eco business idea she first had more than a decade ago.

Digging out her bike, Clare launched The Refill Cycle – cycling to homes around the city to refill products like shampoo, conditioner and washing up liquid and cut down on household plastic waste.

“I’d planned to be working every Friday and Saturday, mostly with weddings at places like Baltic Market, and it was just coming into the busiest wedding season when everything stopped,” says Clare.

“At first I thought it would start to get back to normal from about June but then obviously it didn’t happen and everyone was cancelling their weddings, rescheduling and having to cancel them again. I know people who’ve rebooked three or four times.

“It got to the point where nothing was happening, and the youngest of my three children had gone to school so I had my days free.”

With more time to think, Clare remembered an idea she’d had when she was travelling in Cambodia in 2008.

“I was travelling years ago in Cambodia and you’d see on the side of the road metre-wide ditches just full of plastic bottles. It seemed so awful to be in this gorgeous place and there was all this rubbish everywhere,” she says. “I was sitting in a café one day and said to my mate, ‘wouldn’t it be brilliant would if you could have a little shop on the beach for people to come and fill up their bottles with shampoos and conditioners?’ 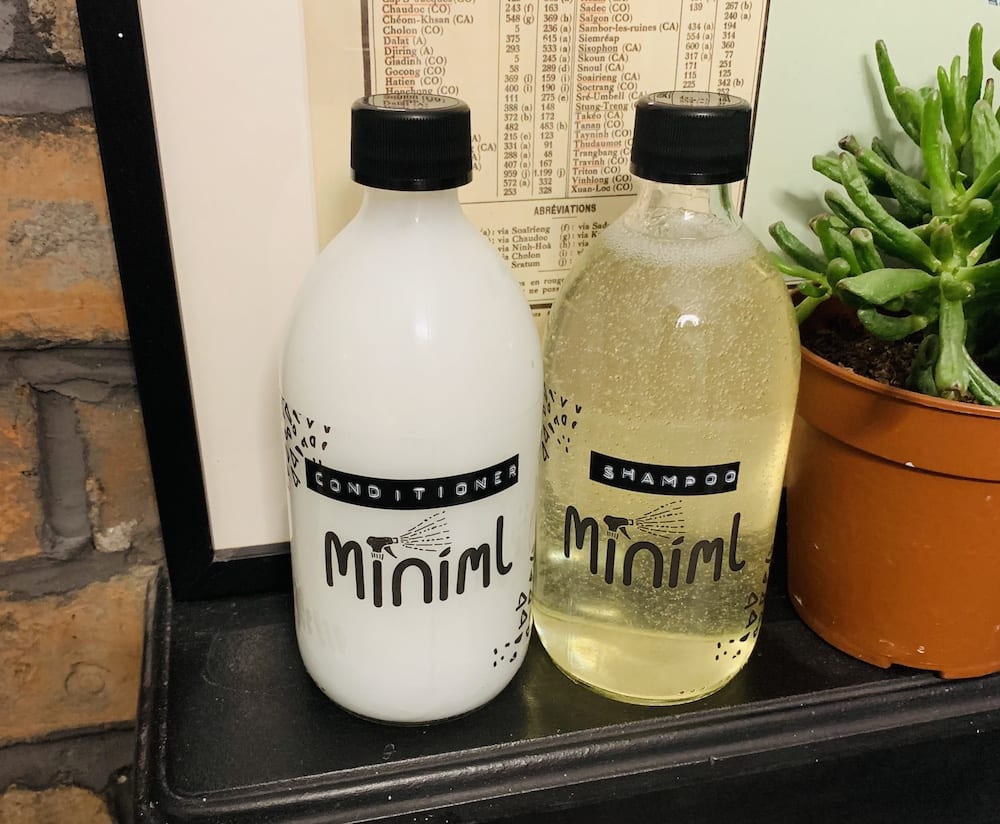 “I loved the idea but practically I was never going to be able to make it work over there so it just never happened. I came home, got married and had kids and started DJing.

“But when I was bored at home in lockdown I found my little notepad that I used to write in and I saw this idea and thought, why did I never do that? I could actually do it in England. I think the way the environment has changed over the past year because we aren’t moving about so much has made people realise more the impact and the damage that’s being done. People have had time to reflect and they want to do something.”

Clare looked at sourcing ethical products in bulk and decided to keep it as environmentally-friendly as possible by doing the deliveries on her bike with a basket, bought from eBay.

“I reserched suppliers and started with the big ones who were trialing a scheme to refill in supermarkets, but then I found a couple of smaller quite young companies that I really liked the look and ethos of.

“I bought their samples and gave them to 10 people – neighbours and friends and a couple of people I didn’t know just to have a good mix.

“They all came back and did a survey to let me know what they thought and there were certain products that stood out because everybody loved them, things like the shampoo and conditioner, washing up liquid and the handwash and a bathroom cleaner. I tried them myself and thought, I’d definitely use those, so that was the starting point.”

Clare set up her website, took over the garage to store stock and has set about creating a milkman-style round of clients. Each one gets a first bottle filled with product, then when they need a refill they get in touch with Clare who brings them a replacement to swap for their empty.

“That way the bottles just keep getting refilled and reused so it’s a loop,” she explains.

She’s already had really positive feedback from people wanting to support the idea and reduce their own plastic waste.

“I’ve had quite a lot of people emailing me to say they love it and want to get involved,” says Clare. “People have ordered and they’ve been really impressed with the products so it’s all looking very hopeful and I’m definitely planning to keep going even when my regular DJ work comes back.

“At the moment the delivery radius is about three miles from where I live in Wavertree, which is much more than I’d have done if I hadn’t started the business, so it’s been good for the environment and for my lungs!”