Liverpool Gives: Friends’ gig to celebrate the life of lad who died from cancer, aged just 17 - The Guide Liverpool
Contact Us Advertise with The Guide Our Video Services Follow us:

Liverpool Gives: Friends’ gig to celebrate the life of lad who died from cancer, aged just 17

Friends are holding a fundraising gig for two city charities to celebrate the life of a Liverpool teenager who died from cancer.

Liverpool Gives: Charity Fundraiser will be staged on Saturday, September 24, in aid of the Teenage Cancer Trust and Chasing the Stigma.

And it will be the third event in honour of Michael Bedson from West Derby, who was just 17 when he died in 2013.

Liam Tanner, 26, from Huyton, said: “We were having a pint about four years ago before lockdown and talking about our mate Bedo (Michael) who we’d lost to cancer while at school.

“As much as the lads would visit Michael’s grave every now and again, we had never done anything other than that to remember him. 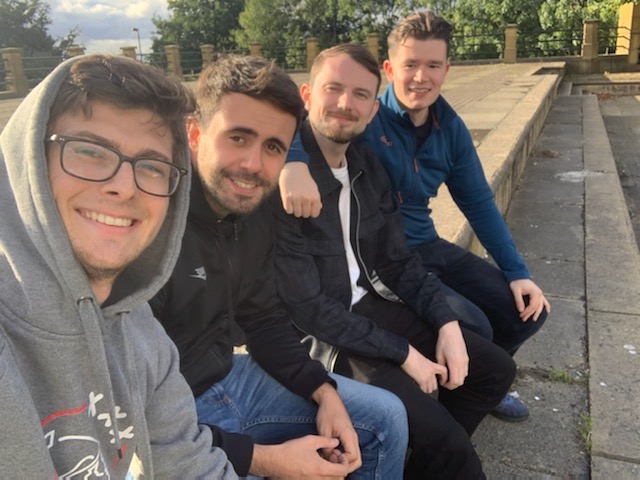 “A few of us had played music together since being 13 although, with moving away to uni and general stuff, we hadn’t really seen each other as often as we’d liked, or played music – so we put the two together and said why don’t we put on a charity night for the Teenage Cancer Trust?’

Another friend Tom Dalrymple, also 26, added: “We spoke to Michael’s family who agreed that it should be a celebration event, rather than a memorial or remembrance.”

The music night has been an annual event ever since – other than during Covid – and has grown each year.

This year’s event will be held at Metro Cola, and will have live music from solo acts and bands – including the lads’ own where they’ll be joined by Liam Bentley and Matthew Colfar.

X Factor finalist Anthony Russell will be playing, as well as Midnight City, a DJ duo from Liverpool.

There will be a raffle with prizes already including two diamond tickets to Comic Con, a wine hamper, and a Boots beauty hamper to the value of £300.

And at the end of the evening, there will be a round of applause and a cheer in Michael’s memory.

Michael, they said, was a popular boy who had a lot of friends, some of whom were able to remain close through his illness.

Liam, who’s on a graduate programme for Parcelforce, said: “Michael loved his footie, he was a staunch Evertonian, and he had the driest sense of humour. He stayed upbeat even after his diagnosis, he was the same as he always was.”

Finance manager Tom added: “It was tragic to lose a friend, and for someone so young to lose his life.

“We saw it happen to Michael, and what he went through I wouldn’t wish on my worst enemy in the world.

Liam said: “When we first came up with the idea of a music night we thought it would just be us, but then other people said they would play and it just grew.  This year’s will be the biggest yet.”

As well as the Teenage Cancer Trust, this year’s gig will raise money for Chasing the Stigma, a national mental health charity based at the Hub of Hope in Liverpool, because of concerns about mental health, not just in Liverpool, but across the country.

As the guys practiced for the first event, and this one, Liam said it had been ‘boss’ getting together again and playing music.

“But as much as we enjoy playing music, it’s good to know that all the money we raise on the night will be going to two great causes.”

“Something,” added Tom, “that we care about so much.”