Liverpool Great British Bake-Off contestant Lizzie reveals she was in a panic meeting other bakers - The Guide Liverpool
Contact Us Advertise with The Guide Our Video Services Follow us:

Liverpool car worker Lizzie Acker is hoping her bakes rise to every challenge when The Great British Bake-Off returns for a new series on Tuesday.

The 28-year-old Scouser took a break from her regular job in the Paint Shop at Jaguar Land Rover Halewood to go into the famous tent and test out some very different skills.

But Lizzie has revealed that, even though she normally doesn’t have any problem chatting to new people, she was full of nerves when it came to her fellow Bake-Off contestants.

“Before leaving I was in such a panic over meeting the other bakers, which is strange as I am one of the dog weirdos that can, and will, speak to anyone in the park,” she laughs.

Lizzie admits she kept wondering, ‘What if we don’t get on? What are we going to talk about? What if they think I am strange and don’t want to talk to me? Who am I going to sit with to have me dinner?’

Happily, although she’s not giving anything away ahead of the opening episode, she can confirm that she needn’t have worried about how they’d all get on.

“Now I can’t imagine a week going by without speaking to them,” she adds, “the amazingly talented and awe-inspiring bakers I now get to call my mates.” 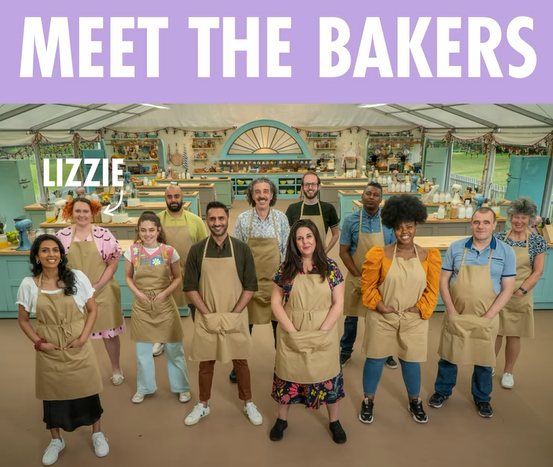 Lizzie will be one of a dozen hopefuls trying to avoid a soggy bottom and pull off a winning showstopper week after week to impress judges Paul Hollywood and Prue Leith in Bake-Off 2021.

The show is typically filmed on weekends across three months, but the pandemic meant contestants were instead asked to take six weeks off work and all live together in a secure filming location. 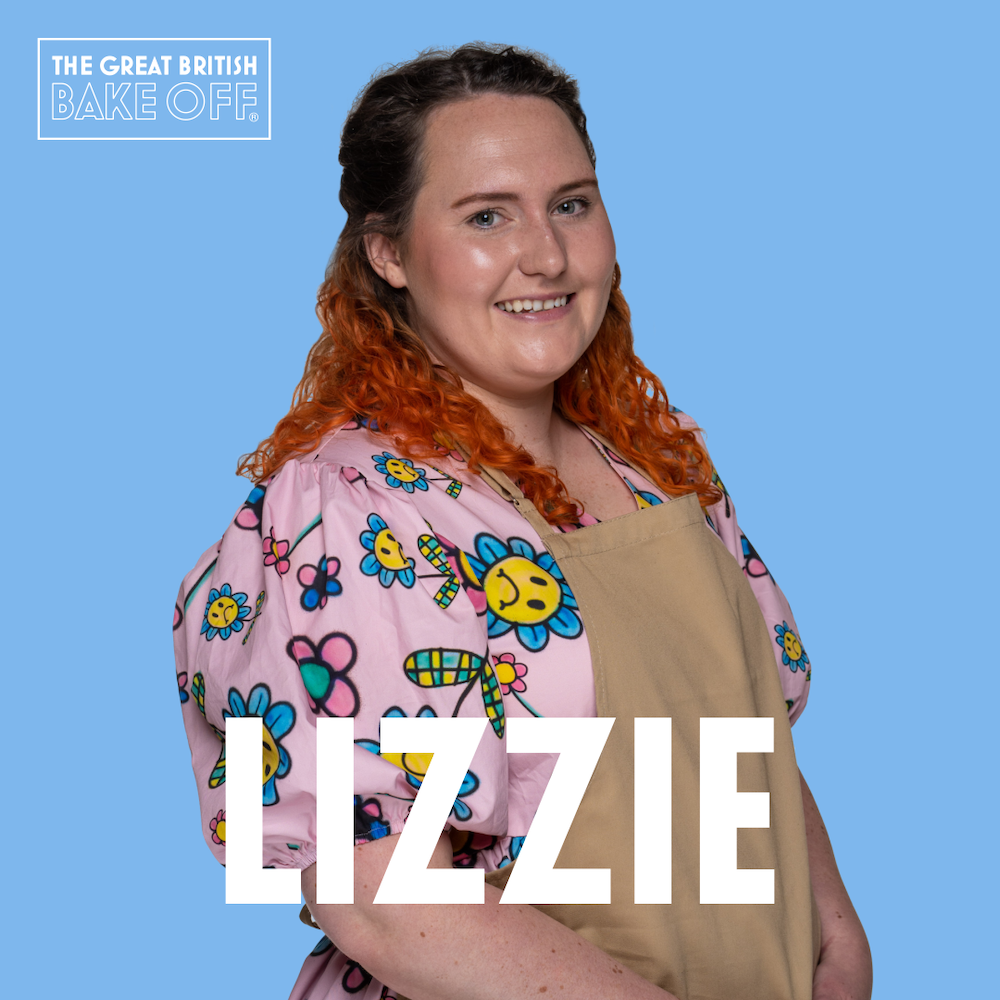 As usual there’s a wide range of ages and professions in this year’s competition including a musician, a psychology student who specialises in vegan bakes, a retired nurse and midwife and a Met Police detective.

In her late 20s, Lizzie is one of the youngest bakers aiming to be the Star Baker of the new series, although her substance over style approach could put her on a collision course with the notoriously demanding judges.

She says cake is her baking comfort zone, she loves a good old-fashioned cake bake and prefers distinctive, delicious flavours and simple presentation over anything really fancy.

When she’s not busy in the kitchen, she’s a fan of samba dancing and also enjoys true crime drama – a throwback to her days as a student, when she was studying for a degree in criminology. 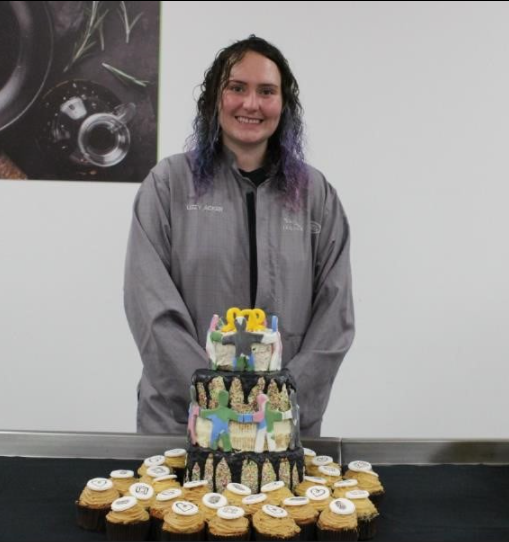 Lizzie lives with her partner and their dog Prudence in an annex in her parents’ garden. Although she’s about to get her own taste of fame, Prudence – a two-year-old Bedlington Terrier – is already a bit of a celebrity in the doggie social media world.

The final of 2020’s Bake-Off attracted more than nine million viewers, making it the competition’s biggest ever audience since it moved over to Channel 4 from the BBC.

Ratings are expected to be just as high this time around, and bright, bubbly Lizzie’s bound to win over plenty of fans especially in Liverpool and among her proud workmates. 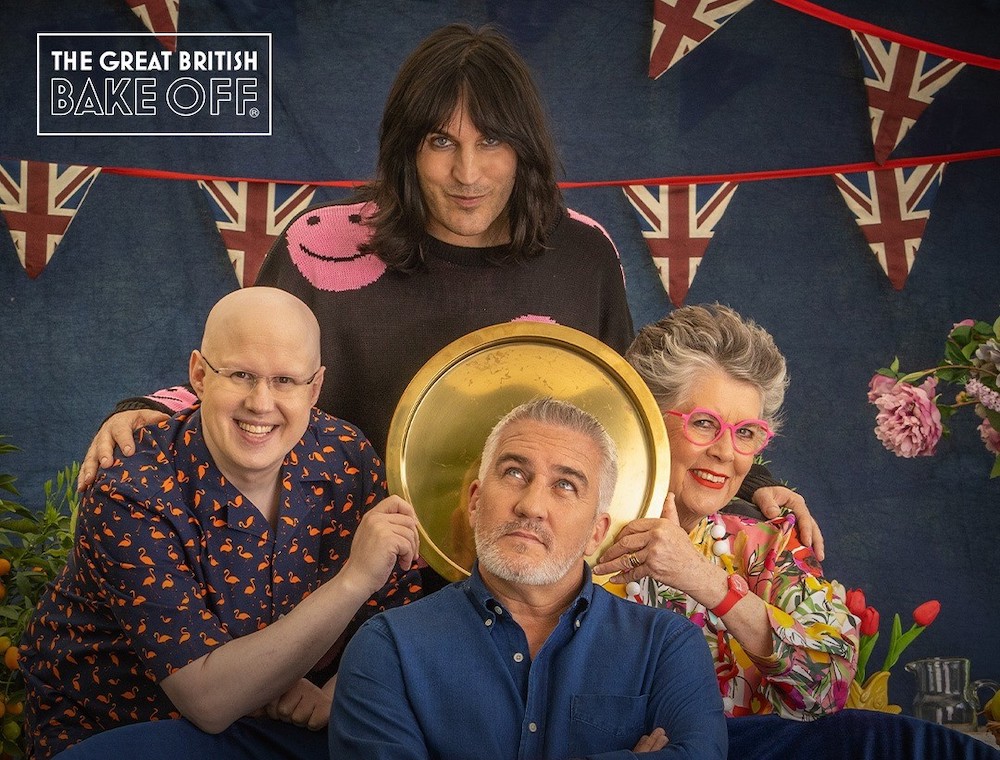 She’s worked at JLR Halewood since 2016 and everyone there is looking forward to tuning in to see how she gets on, and hoping she’ll carry off the trophy for 2021.

“We think Lizzie has the recipe for success and we are all behind her and can’t wait to see her and her beautiful baking creations on the big screen!”

Watch The Great British Bake Off this Tuesday 21st September on Channel 4.