Liverpool is getting a new branded area of the city centre called Upper Central which could create 7000 new jobs - The Guide Liverpool
Contact Us Advertise with The Guide Our Video Services Follow us: 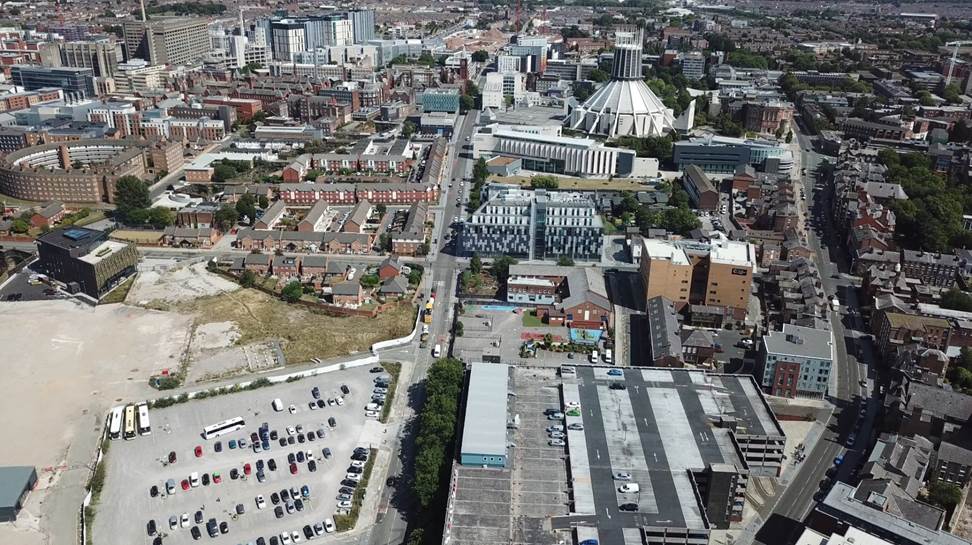 A newly branded area of Liverpool, with potential to create 2.5million sq ft of new development space creating an estimated 7,000 jobs over the coming decade, is to be launched next month.

Upper Central – covering 56 acres in the heart of Liverpool city centre – is to be the subject of a draft masterplan to create an international standard gateway site to a £2bn flagship regeneration scheme.

Running from Central Station to Liverpool Science Park and Lime Street to Bold Street, Upper Central is seen as key to the future development of the city’s blossoming Knowledge Quarter (KQ Liverpool).

And Liverpool City Council’s Cabinet will be asked next Friday, 5 July to approve that a public consultation begins on a Spatial Regeneration Framework (SRF) to help shape the future direction of the area.

Its focus will be how Upper Central can become a magnet for digital, tech and creative sectors with the aim of providing three key goals :-

Stakeholder feedback on the draft SRF identified a need to re-brand the area. As a result a new website www.uppercentral.co.uk will be launched to coincide with the start of the public consultation.

Led by a team of independent planning experts, the draft SRF has looked at how best to redevelop the Lime Street area around the Adelphi Hotel, Central Station and Mount Pleasant whilst dovetailing Liverpool John Moores University’s Copperas Hill site, plans for the Fabric District and various private sector schemes such as Circus Liverpool at the old Lewis’s building.

MORE: Get the latest Food and Drink news for Liverpool here.

To achieve this future development the draft Upper Central SRF is focused on eight key themes:

A major aspiration identified in the draft SRF is how to create a super crossing at Ranelagh Place, a new pedestrian experience along Renshaw Street and to promote a new pedestrian route to Lime Street Station from Copperas Hill to allow for improved access to the Fabric District and Paddington Village.

Mayor of Liverpool Joe Anderson, said: “Upper Central is vital to this city’s economic future and such is the scale of its potential it will be a huge employer for generations to come.

“This gateway project is now the final piece in the jigsaw to connect the site to the rest of the city centre and complete the wider regeneration of Lime Street, Mount Pleasant and Brownlow Hill. Its impact cannot be underestimated and I’m sure this draft SRF report will create a much need debate about how we ensure the future growth of this hugely important area.”

Liverpool City Council, which recently acquired Central Station shopping centre and is overseeing public realm proposals for St George’s Plateau, as part of the £45m city centre connectivity scheme, has also set out an ambition to redevelop the Mount Pleasant Car Park area to create an international standard gateway for the KQ Liverpool Mayoral Development Zone which currently employs 7% of the city’s workforce.

The council is also currently developing the £1bn Paddington Village scheme in the heart of the development zone and has identified the need to ensure development continues apace through to the retail district of the city centre.

Once approved by the council’s cabinet, the SRF will be adopted as a Supplementary Planning Document to guide all future planning applications in the area and provide developers with detailed information of design and build issues including height, scale and massing of buildings.

Liverpool City Council, which is overseeing an unprecedented £14bn of development activity, has already adopted an SRF for the Ten Streets Creativity District and is looking to adopt further SRFs for the Baltic Triangle, Williamson Square and Mathew Street and is currently consulting on a draft SRF for the Commercial Business District.