Liverpool Loves Eric's and always will, here's why - The Guide Liverpool
Contact Us Advertise with The Guide Our Video Services Follow us:

Liverpool Loves Eric’s and always will, here’s why 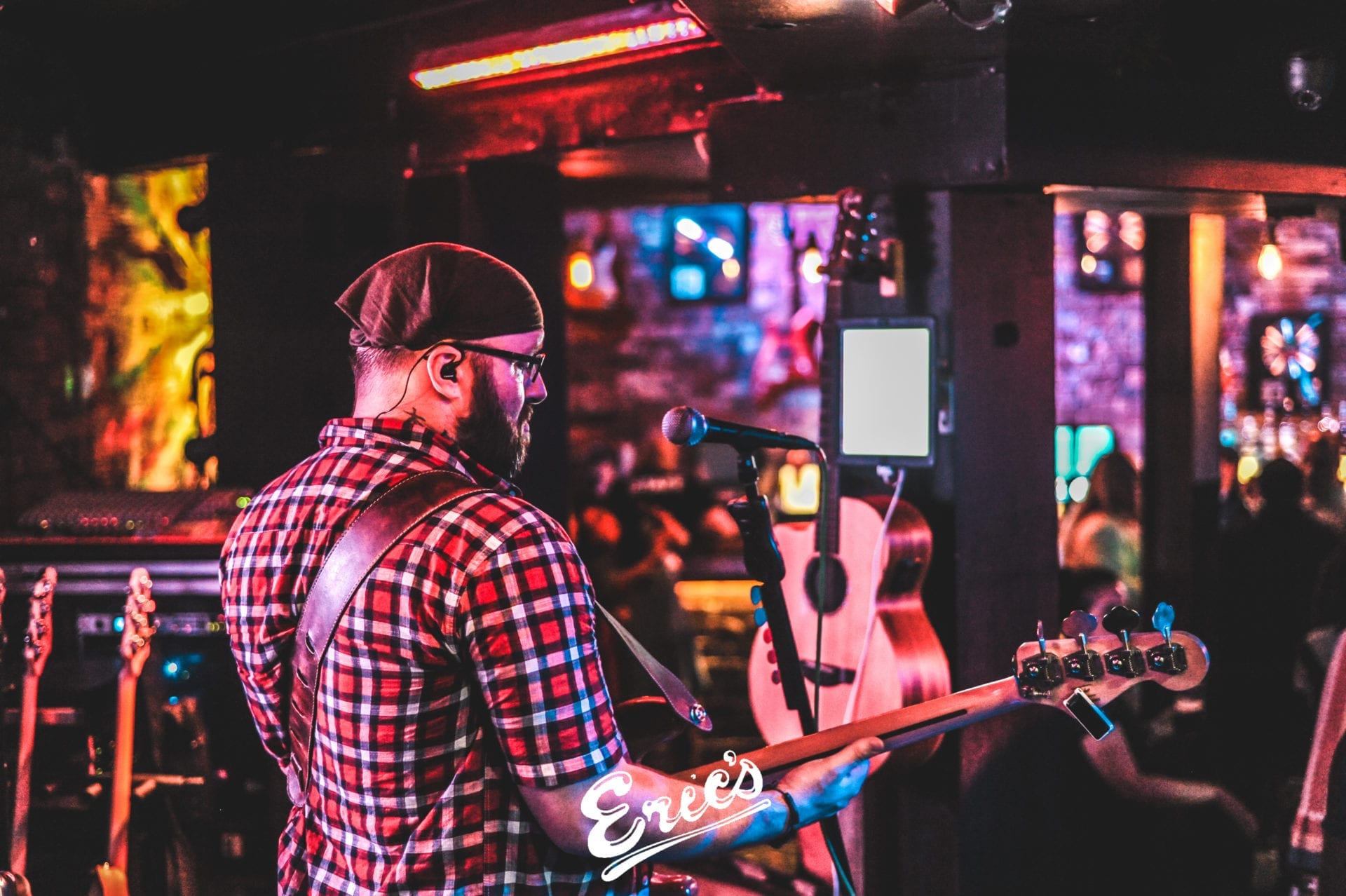 The iconic Mathew Street club has been a mecca for live music since the 1970’s. This is why it’s still as popular more than 40 years later.

No night out down Mathew Street is complete without a dance around to a live band at Eric’s. Since 1976 this live music mecca has played host to some of the biggest and best alternative bands and artists. Standing opposite its famous neighbour, The Cavern, Eric’s is a Liverpool institution.

Eric’s opened it’s doors in 1976 and quickly became a ‘must-‘play’ venue for alternative bands. The original club was launched by Ken Testi and Roger Eagle and ran on a paid membership scheme. The first band to appear at Eric’s was The Stranglers on 1st October 1976 and entry was 60p!

The walls of the original club were quickly filled with signatures of some of the greatest punk, indie and alternative rock bands the UK has ever produced. Did you know stars such as Elvis Costello, Buzzcocks, The Clash and Joy Division are just a few names who began their musical careers at this Mathew Street club?

Filled with iconic gigs, moments and memorabilia, club goers back in the 70’s and 80’s still talk about that time they saw The Ramones and The Sex Pistols, Simple Minds and so many more, live at Eric’s. 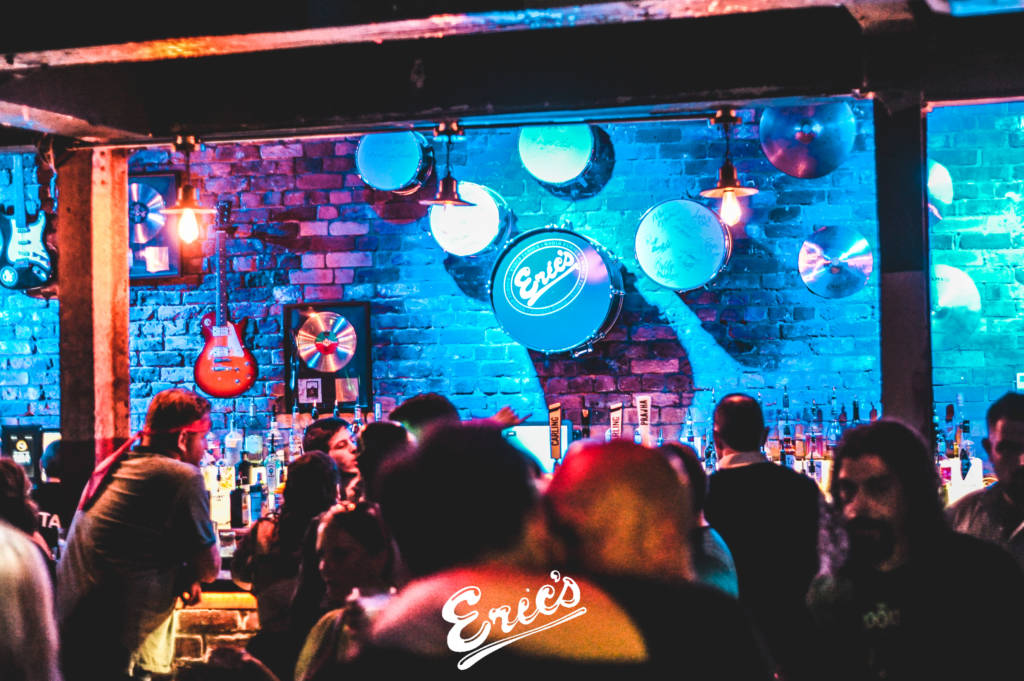 Back in the day that included live performances of everything from jazz, reggae and folk music to performance art and poetry, and especially punk. While the masses followed the pop charts, Eric’s provided a space for the indie kids, punk rockers, those with fire in their belly and a need to burn off some steam.

Opening hours were 8:30pm til 2am with matinee performances on a Saturday and open Sunday afternoon for merchandise and membership purchases only. If you didn’t have an Eric’s pin badge or t-shirt, did you even go?

Annual membership to be part of the Eric’s scene cost between £1 and £10 in 1979. There was always an unmissable Christmas party and you rang an 051 number for information on who was playing when. Incredible, memorable and intimate gigs for less than the price of a Mars Bar these days! 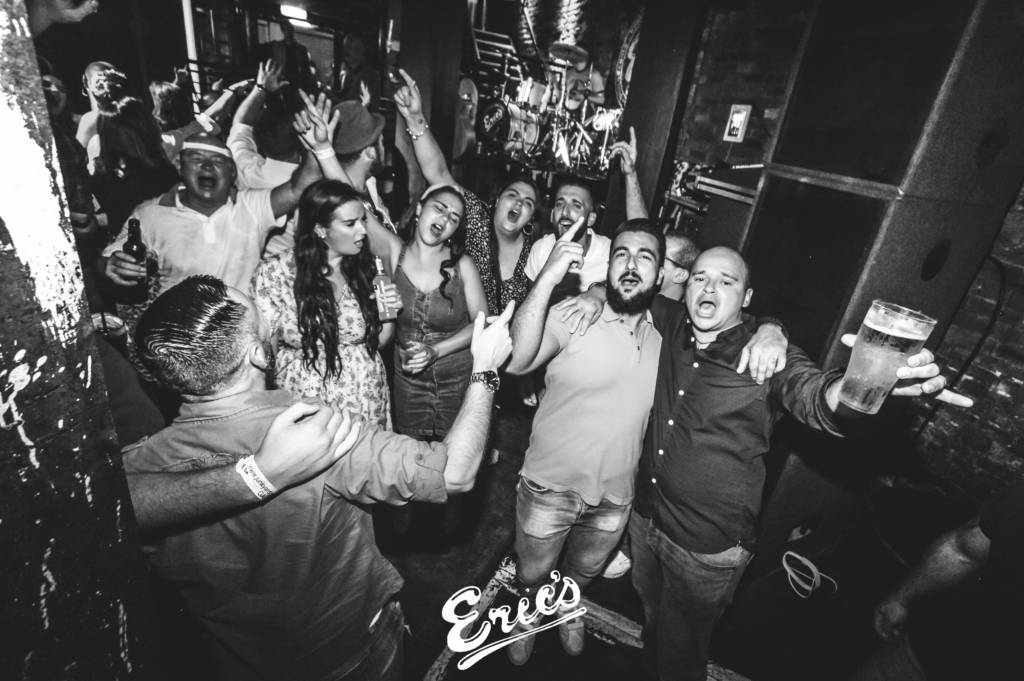 40 years on, Eric’s has seen a number of revivals, and the public reaction to the less successful ones, just goes to show how much the club and its reputation is revered in the city. The most successful and supported reincarnation is the club we know today, Eric’s Live.

A renowned post-punk live music venue, Eric’s is still one of the most popular destinations on Mathew St for live music, which runs 7 nights a week. Continuing on its previous ‘alternative’ theme, Eric’s continues to host touring bands and local artists, all keen to follow in the Doc Marten covered footsteps of the greats who went before them.

Get a selfie with Lennon on the wall, get a round in and get up to the front and raise a glass to a Liverpool club that has woven its way into history, and the hearts of mods, punks and indie kids over 4 amazing decades.

If you’re in Liverpool from the 23rd to the 26th August 2019, get yourself down to Mathew Street and check out A Tribute To Mathew Street Festival. 4 days of unbeatable live music at Kaiserkeller, Rubber Soul, Sgt Pepper’s and of course Eric’s. It’s free to enter too!

Just like back in the old days, for any booking enquiries, give us a call on 0151 305 2421 or check out the official Facebook page here.