Liverpool mum's call for bike helmets to be made law after son suffers major head injury - The Guide Liverpool
Contact Us Advertise with The Guide Our Video Services Follow us:

A Liverpool mum is calling for a law change after her son suffered a major head injury when he fell from his bike while not wearing a helmet.

Dyllan Bisset, 10, from West Derby, needed five metal plates and 10 screws in his skull after emergency surgery at Alder Hey to stop a massive brain bleed.

Now Siobhan Darbey is planning to appeal to Prime Minister Boris Johnson to make it illegal for children to ride a bike without protective headgear.

“You have to wear a helmet on a motorbike or, even, a horse,” says the 30-year-old.  “So why not if you’re riding a pedal cycle? It doesn’t make sense.

“I wouldn’t want anyone to go through what I have gone through or suffer what Dyllan has suffered. At one point I feared I might lose him and that just doesn’t bear thinking about. 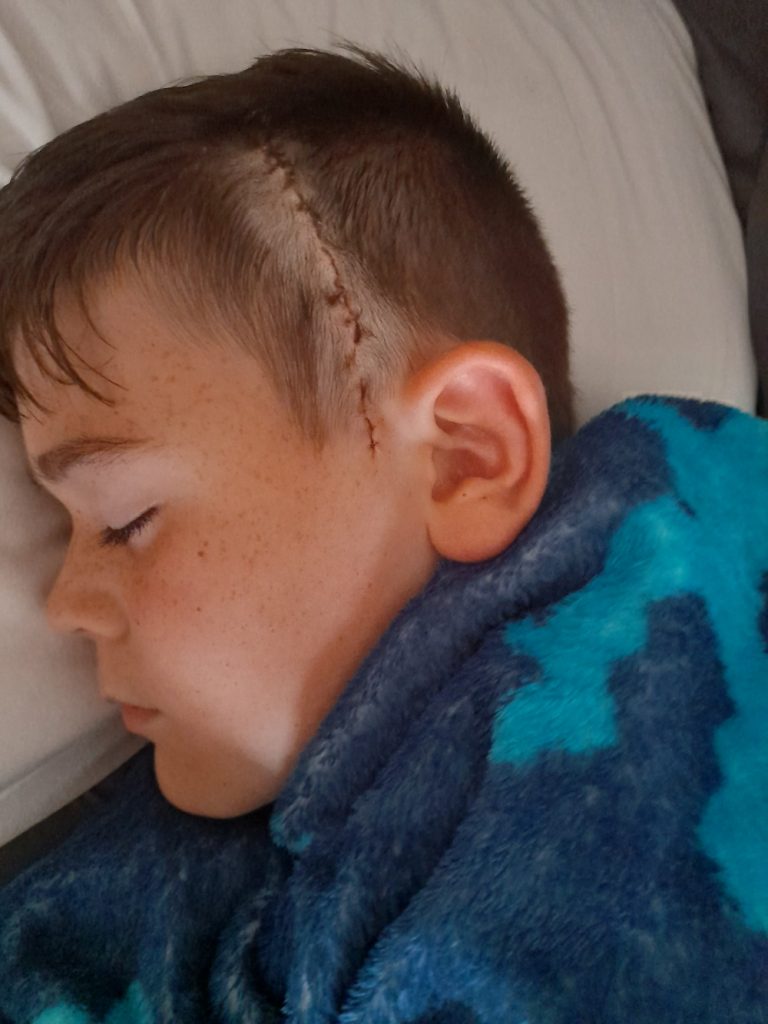 “I want Boris Johnson to make it compulsory for children to wear helmets,” she adds. “And Dyllan is 100% behind me.  He says if it saves one child from brain injury, or worse, then it will be worth it. He wants to warn others.

“He has survived without any neurological or cognitive brain damage. He definitely had a guardian angel looking after him. Dyllan is very, very lucky.  Others might not be.”

It was in July that Dyllan fell off his bike and hit his head on the kerb, leaving him with a fractured skull and a ‘massive’ brain bleed. He wasn’t wearing a helmet because he thought it wasn’t ‘cool’.

He was rushed to Arrowe Park Hospital, close to his dad’s house on the Wirral, before being blue-lighted to Alder Hey Children’s Hospital.

Siobhan says: “The surgeons decided to leave Dyllan overnight to see if the bleed would settle on its own but it just got worse and we were told they would have to operate. It was the worst time of my life.

“As they explained to Dyllan that they would have to take a seven-inch piece of skull out to stop the bleed and fix it back with metal plates and screws, he asked me not to sign the consent form. He said he would never speak to me again if I did.

“Of course, he really knew it had to be done.

“He was in enormous pain.”

The operation took three hours to complete and Dyllan was allowed out of hospital after four days: “I can’t thank the staff at Alder Hey enough – they were amazing,” smiles Siobhan. “They saved his life.”

Dyllan spent the rest of the summer holidays recovering at home, and has been getting better ever since, gradually spending more and more time at school after returning.

The youngster won’t be able to play football or contact sports for a year. 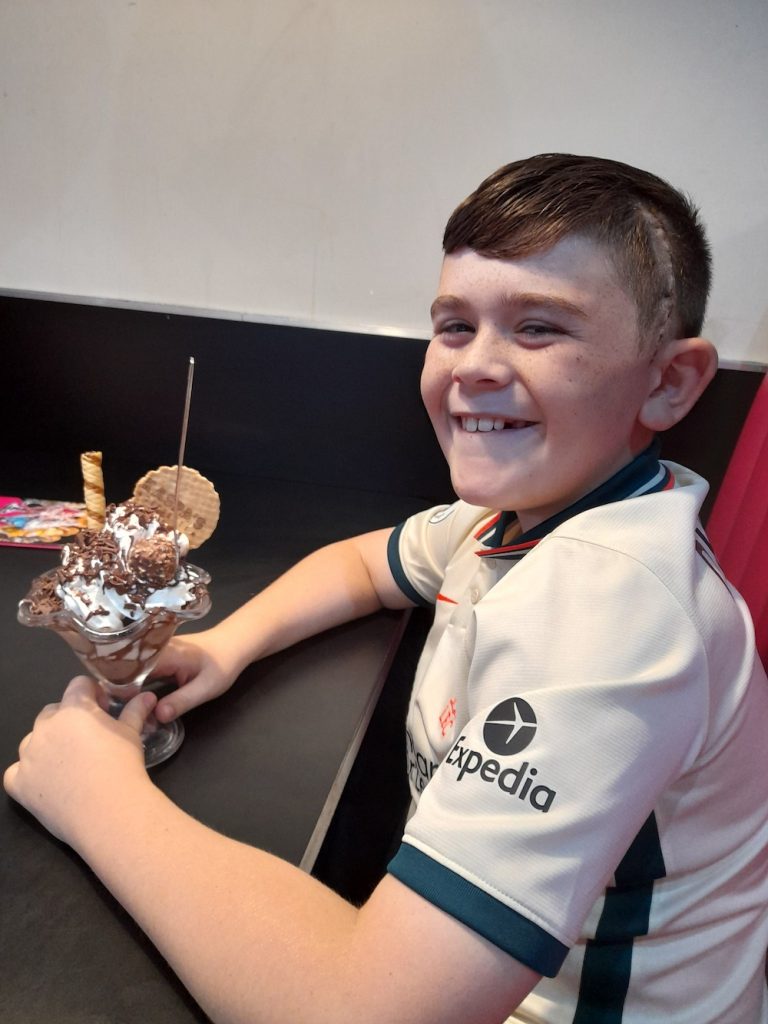 Dyllan Bisset is thankfully on the mend

“But at least Dyllan is still here. He is still in pain and suffers with light and loud noises, but he’s doing really well – and it could have been very different,” says Siobhan. “Dyllan could have suffered a stroke, or paralysis. He could have died – and all because he wasn’t wearing a helmet.

“It was all so avoidable.”

Siobhan plans to write to Boris Johnson urging him to make a change in the law so that it’s illegal for any child to ride a bike unless they are wearing a helmet.

“How many people are being seriously hurt because it isn’t?” she asks. “How many are losing their lives?

“I want the Prime Minister to change the law and enforce the use of helmets for children riding pedal bikes.

“It doesn’t make sense not to.”