Liverpool restaurant owner Vince Margiotta is preparing to tackle a gruelling trek up Machu Picchu in Peru to help raise money for a global hunger charity.

Vince, who owns Cucina di Vincenzo on Woolton Road in Childwall, will be joining other fundraisers from hospitality taking on the Inca Trail to support Action Against Hunger.

He’ll be setting off in September on a 10-day trek, walking for around five or six hours every day to reach a summit almost 14,000 feet high.

This is Vince’s fourth charity challenge with Action Against Hunger, after he was first approached to take part in a climb in Ethiopia in 2018.

“It’s a great charity, they do amazing work, completely neutral, and they are massively supported by the hospitality sector,” he says.

“I got asked four years ago if I’d consider going on one of these treks and it’s just gone from there.

“The first one was Ethiopia, the Simien mountain range, which we never actually got to because when we arrived in Ethiopia there was civil unrest so they sent us to a different part of the country. After that we did Nepal, the Langtang trail, and then just before lockdown it was Jordan. We trekked through the desert for five days and on the final day we walked into Petra which was quite emotional, it was fantastic culmination to quite an epic trip.

“This is the first challenge since lockdown, they announced it about seven months ago and invited me as an ambassador to take part. At that point they didn’t know where they were going, it could be Georgia, India, or Peru and it was only about seven or eight weeks ago that they finalised Machu Picchu.”

Vince says walking with other men and women from the restaurant industry makes the trip even more unique.

“On this one there will be two 10-day treks, one with people from south west, Midlands and the north, and one that’s more London-centric.

“When you’re on these treks and spending cold nights in a tent, at least your tent-mate is somebody you’ve got something in common with, so we’ve always got something to chat about … staff, dishwashers, the price of beer and the cost of wine!” 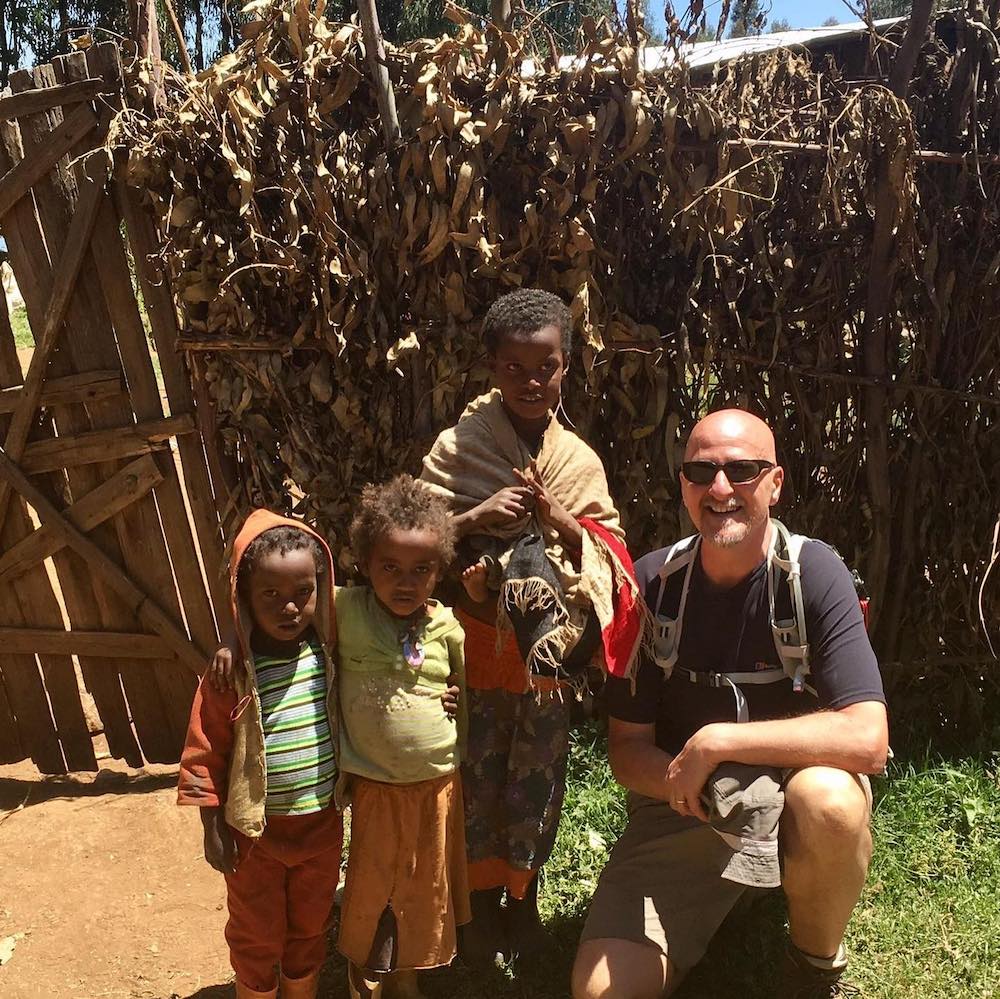 Vince on a previous charity trek

Since he found out the destination for this year’s challenge, Vince has been getting in some physical preparation.

“I’ve been fairly resolute, although at my age it’s mostly simple stuff so cardio, swimming, and the main thing is stretching and mobility – my back, knees, hips, are all shot to pieces through years of playing rugby – that’s key for me.

“I enjoy hiking and walking uphill anyway, I do a lot in the UK, but you can’t really train for the altitude, it either hits you or it doesn’t.

“In Nepal three years ago I was fine, although a couple of the guys did get sick. Machu Picchu peaks at just under 5,000 metres but we have a couple of days acclimatising so we do a 3-4 hour trek up then come back down to camp, next day we go back up again a bit higher and come back down.

“Everybody should hopefully be acclimatised by then, but you just don’t know. It’s not a massive height, but you’re still within that thin air so you’ve really just got to hope for the best and if you’re not great then, even though it’s not dangerous, you’ve just got to come down and call it a day.”

Ahead of the trek, Vince has been raising money through donations at the restaurant. A discretionary £1 added to customers’ bills has already raised around £1,700 towards his personal target of £5,000.

Once the walk actually sets off, the group will have 6am starts, trekking between 15 and 20 kilometres a day vertically until around 3-4pm when they’ll set up camp in two-man tents for the night.

So what aspect is Vince looking forward to most?

“To finishing it!” he jokes. “But honestly from a personal perspective, it’s the sense of achievement. Some people might think that by donating it’s contributing towards a holiday, but we’re certainly not out wining and dining every night, it’s hard going.

“For me, as well as the achievement, it’s being able to go somewhere and see something that I wouldn’t normally – and to do It and raise funds for folk less fortunate. We visit these people and the facilities that Action Against Hunger create and it’s humbling when you see how people live and what’s being done to help.”

You can donate through Vince’s Just Giving page HERE.