Liverpool to commemorate 40th anniversary of Cunard Falklands loss next week - The Guide Liverpool
Contact Us Advertise with The Guide Our Video Services Follow us:

Liverpool is to commemorate the 40th anniversary of the loss of the Cunard-owned and Liverpool-registered Atlantic Conveyor in the Falklands conflict, in which 12 people died.

In 1982, a South Atlantic Task Force of merchant ships – including Cunard’s Queen Elizabeth 2 and Atlantic Conveyor – joined the UK Government mission to regain control of the British Overseas Territory of Falkland Islands after an invasion by Argentine forces.

At the time, Cunard formed part of a consortium owning and operating the Atlantic Conveyor and her sister Atlantic Causeway, which was also deployed in the Task Force, with Cunard crew volunteering to sail and serve on each ship.

Atlantic Conveyor served as a logistics support vessel transporting aircraft, aircrew and supplies to the war zone and sailed from its homeport of Liverpool.

It was struck by two Exocet missiles on 25 May 1982, as final preparations were being made on board QE2 for the transfer of more than 3,000 British troops and their kit at Cumberland Bay, South Georgia, in readiness for landings on the Falklands.

The dead included her Master Captain Ian North DSC and five other Cunard personnel. It was the first British Merchant Navy loss in conflict since WW2.

“Liverpool has a proud history of playing a key role in supporting all of our Armed Forces during conflicts, and the Falklands was no exception.

“The 40th anniversary of the attack on the Atlantic Conveyor is an opportunity for us to reflect on the selfless sacrifice made by the Cunard crew who volunteered to be part of the mission, as well as the Merchant Navy personnel who lost their lives.

“Even though this tragedy took place four decades ago, conflicts and wars remain an ever-present danger.” 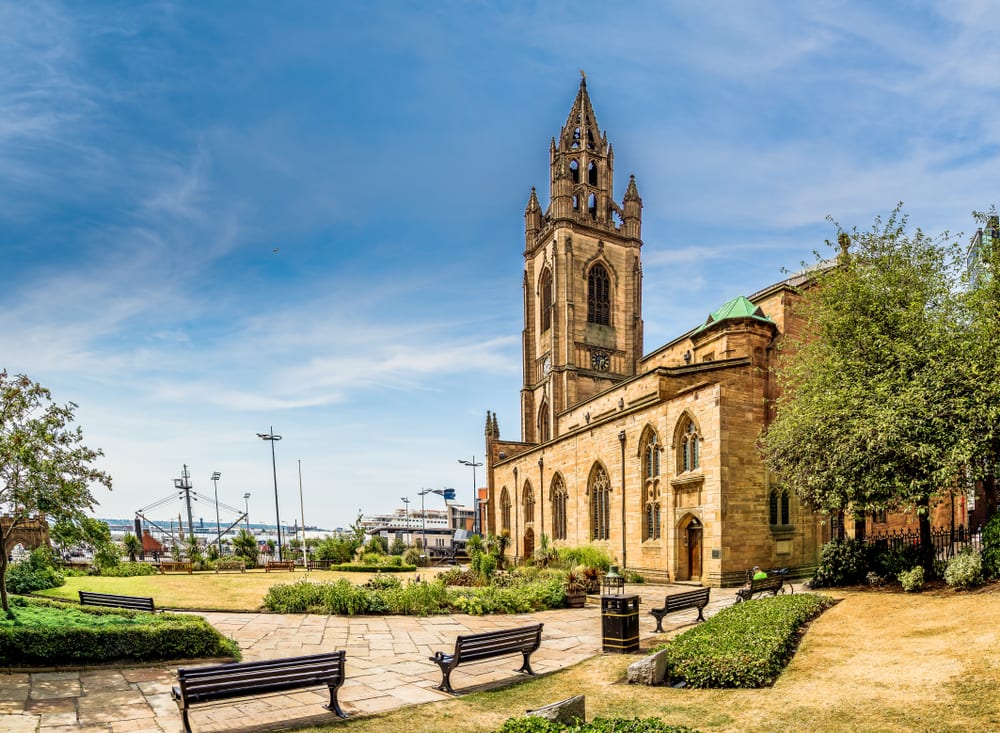 A Service of Remembrance will take place at Liverpool Parish Church.

“Service to the nation is embedded in Cunard’s 182-year timeline.

“Our ships – and their crews who volunteered to sail on them – as part of the South Atlantic Task Force 40 years ago, played a significant part in the Falklands Campaign.

“The attack on the Liverpool ship Atlantic Conveyor on 25 May 1982, and its loss with six Cunard crew and six service personnel was the first sinking of a British Merchant ship in action since World War 2.

“It is entirely fitting that we return to the Conveyor’s homeport, and Cunard’s spiritual home at Liverpool, to mark this important anniversary of lives lost in service.”

“The Falklands Conflict is a moment in our lifetime, but it had a profound effect on so many people and we mourn many lives lost, including from this city.

“It is a privilege to host this commemoration, but we also celebrate the commitment which led to the forming of a taskforce to liberate islanders from the oppression of an invading force.”

The commemoration in Liverpool – Cunard’s spiritual home – takes place on Wednesday 25 May and will also recognise the wider role of the Merchant Navy in the South Atlantic Task Force.

At 9:15am, a service will take place at the Merchant Navy Memorial at the Pier Head, led by the Rector of Liverpool, the Reverend Canon Dr Crispin Pailing, attended by the Lord Mayor, civic dignitaries and representatives from Atlantic Container Line, Cunard, the South Atlantic Medal Association and the Falklands Islands government.

Later, at 10:30am, a Service of Remembrance will take place at Liverpool Parish Church, and at the Atlantic Conveyor Memorial outside the church.

Members of the public are welcome to attend both services.

You’ll be able to live stream the service here.