Liverpool Tool Library will let you borrow everything you need for your next DIY project - The Guide Liverpool
Contact Us Advertise with The Guide Our Video Services Follow us:

A tool library is helping Liverpool DIY-ers tackle projects at home without having to buy expensive equipment.

Liverpool Tool Library was set up a year ago by Imogen Woolley and has since racked up almost 2,000 tool loans.

She estimates that, from the smallest jobs to major renovations, members saved around £55,000 over the 12 months by borrowing rather than buying what they needed.

“Tools are a necessity, but it doesn’t make sense that everyone has to own things themselves, this all about sharing,” she explains.

Imogen had been baking in the city centre for three years when she began researching the tool library concept and how it could work in Liverpool. 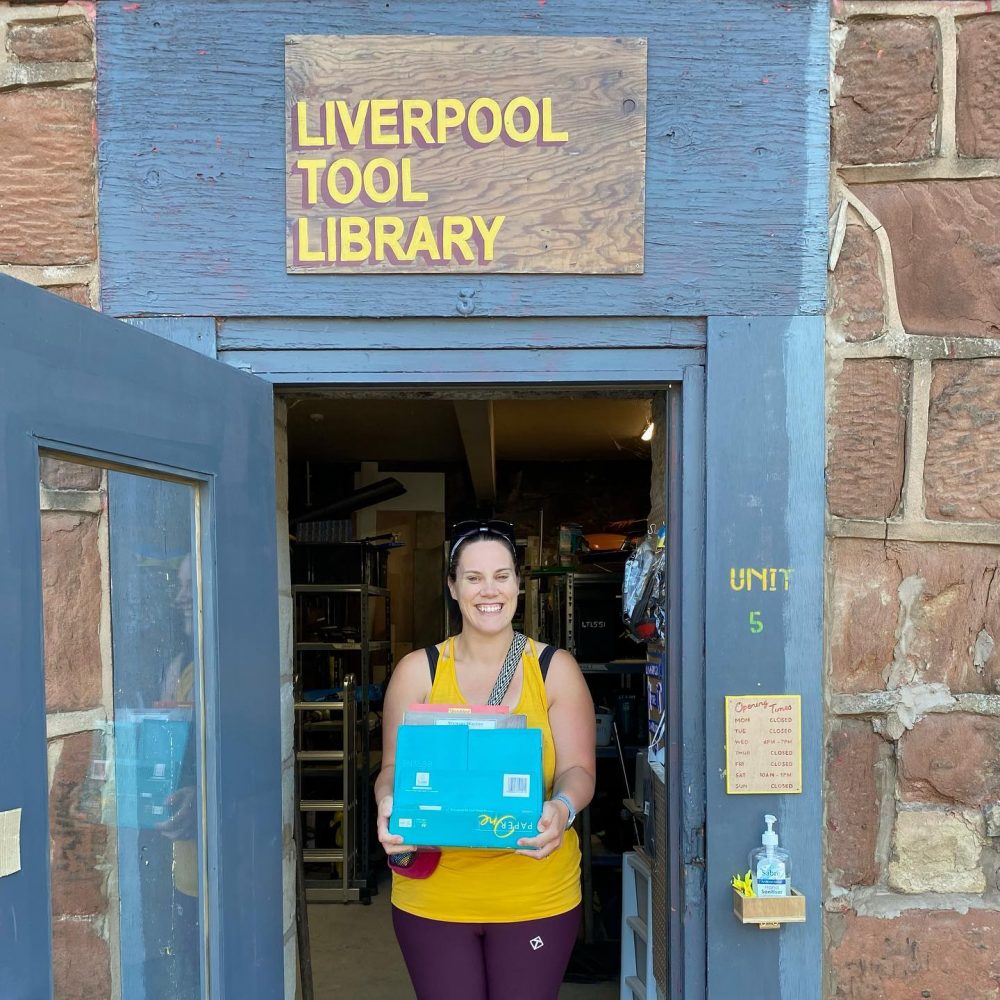 “I’m really into DIY and I had a little workshop space with tools which friends used to come and borrow from. That set off me thinking, what if you didn’t have a friend who had the tools you needed?

“I started looking into shared workspaces and sharing tools that way rather than a library at first then I found that tool libraries are a really common thing in Canada and the USA so I looked at the UK and saw that Edinburgh has a long-standing one.

“I messaged them over the first lockdown and looked more into how I could build a website and make it happen here.”

“That started our inventory, then we did a call out and over the year we’ve had around 600 tools donated from the Liverpool area. People have been so generous and really gone for it which is amazing,” says Imogen. 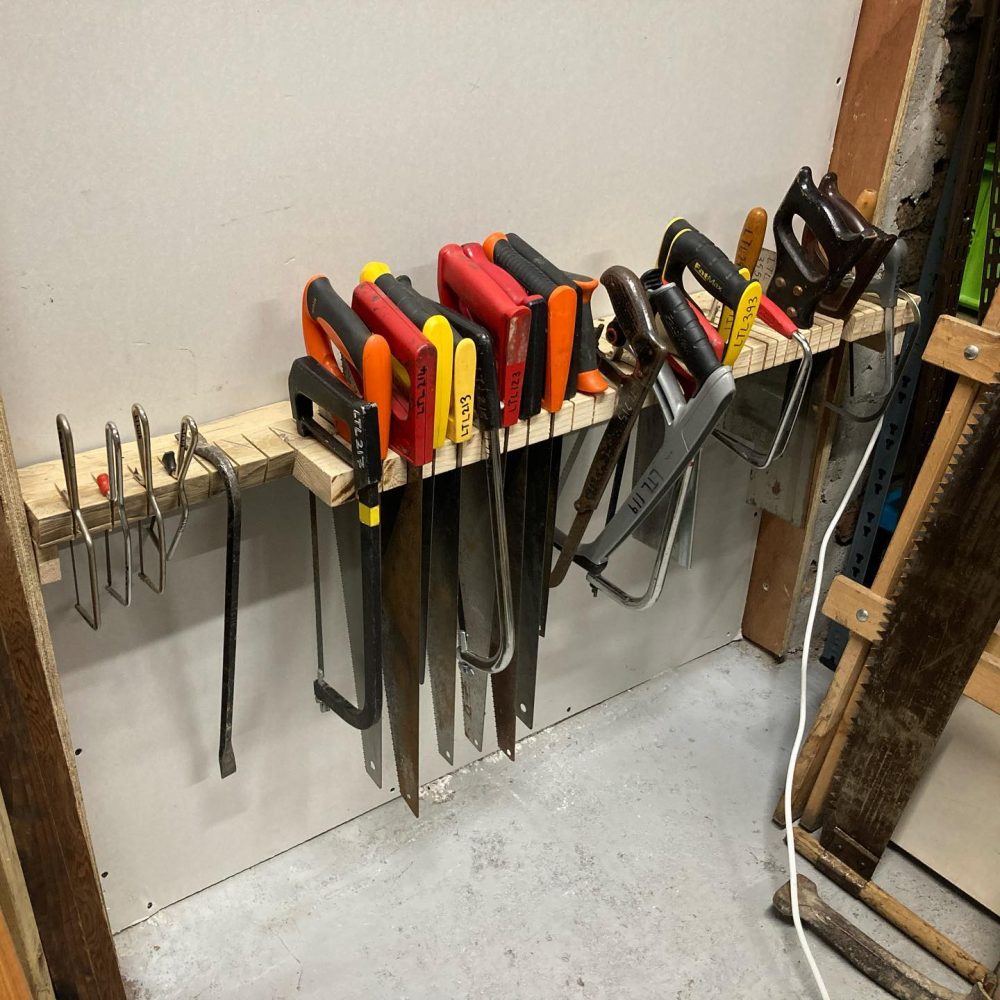 “There’s been lots of different reasons for donations; obviously it’s some people are replacing their old tools with new, but also it’s also people wanting to save space, or maybe they’ve inherited tools from someone who’s passed away, or it’s just because they believe in the idea.

“We’ve actually had people come and give us tools and say, ‘I can now borrow it from you, but so can other people’.”

Imogen says the library avoids any potential awkwardness involved in lending to someone you know.

“If you lend something to a friend or a neighbour and it goes wrong there’s a whole dynamic that can be a bit tricky whereas we’re very relaxed, mostly we can fix things and it’s all about getting people using them,” she explains. 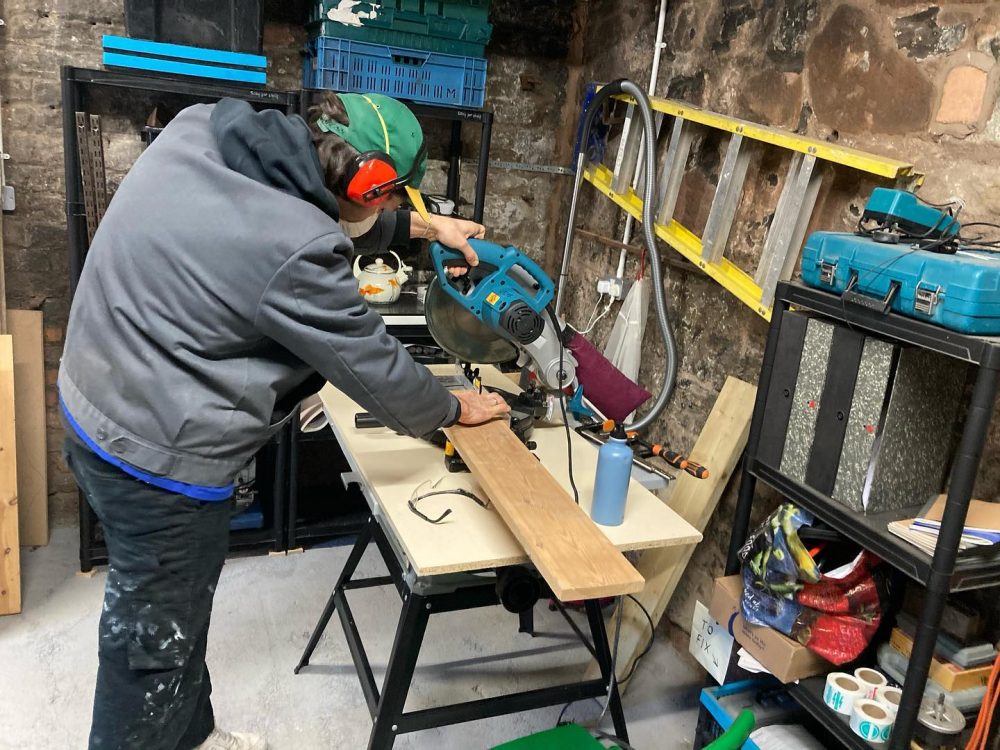 “I really like figuring out how things work and fixing things, I love that side of it, so a big part of the tool library is sharing knowledge. I learn as I go, and so do the volunteers. We pick up things from the people who come and use the library so we all share what worked and what didn’t.”

Liverpool Tool Library launched in January last year, just as the country went into another lockdown, but Imogen says that probably contributed to its immediate success.

“It was an interesting time to open but people responded really well. They were stuck at home and itching for things to do so we just put precautionary things in place like cleaning down the tools and making sure they’re safe for use.

MORE - Choose your winner! Here are the 12 businesses up for the ‘Hidden Gem’ Liverpool City Region Tourism Award

“Tools can be quite expensive, or you could be doing a project that needs a really specific tool. I think the cost can hold people back and not knowing what to do with it afterwards.

“So many tools just sit in a shed for months or years, not being used, and in that time they do need maintenance so it can be a really wasteful cycle. With the tool library you know they’re being looked after and used a lot so we really get the most out of them.”

Liverpool Tool Library now has around 680 different tools online available for loan and more than a 100 waiting to be inventoried. Drills are always popular, but mitre saws were the most rented during the first year, as well as folding ladders which can be really hard to store at home.

To be eligible for borrowing, DIYers just need to create a membership through the library’s website where they can also look at the inventory and check they have the tools needed. It’s pay what you can afford but there’s a suggested annual membership fee of £20 and then tools can be reserved for pick-up and drop-off on Wednesdays between 4pm and 7pm and Saturdays 10am-1pm. 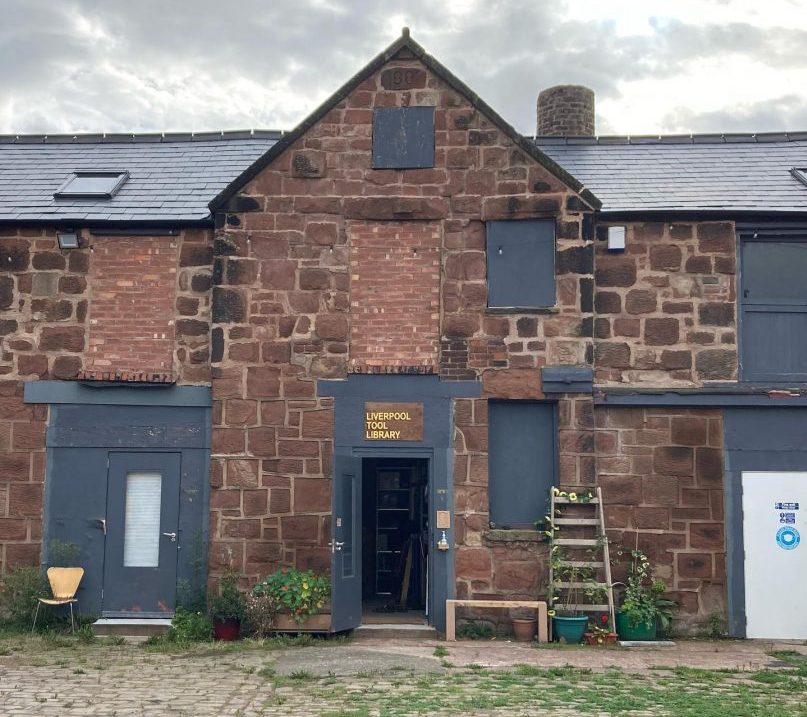 “Once you’ve signed up you can borrow whatever you need at no extra charge and although we suggest a one-week rental, if you still need something and nobody else wants it, you can extend that for another week. It’s working because so many people have shared their own tools which keeps the costs low.”

Later this year, the library will be running some workshops to get people more comfortable with power tools and repairs.

“As well as helping people save money and cut down on wasteful buying through lending, we also want to promote fixing and repairing instead of throwing away,” says Imogen. “If you have the tools and a bit of knowledge, a lot of what we throw away doesn’t need to be.”