Liverpool’s Lauren is new recruit on TV’s toughest challenge - SAS: Who dares Wins - The Guide Liverpool
Contact Us Advertise with The Guide Our Video Services Follow us:

Liverpool’s Laurent Calvert says taking part in SAS: Who dares Wins was one of the most amazing experiences of her life.

The 31-year-old is one of the latest recruits on TV’s toughest telly test which returned to our screens last night.

She says: “It was everything I thought it would be and more.

“I told myself I had to give it everything. It’s a once in a lifetime opportunity and I didn’t want to regret anything, so I was all in, fully committed to the experience.

“The series was so authentic and real – it was definitely an eye-opener to me as a civilian.”

Lauren, a former Rainford High Technology College and Edge Hill University student, is among 21 men and women who headed to the wilds of Scotland to be put through their paces by chief instructor Ant Middleton and his Directing Staff.

The hit show sees contestants put through an intensive two-week course to see if they’ve got what it takes to pass SAS selection. It’s thought this year’s is the most unforgiving course in the six-year history of the programme, with contestants’ strength, resilience and endurance being pushed to the limits to make it through each phase, and extreme tasks and training including how to respond to chemical warfare attacks for the first time ever!

Having competed nationally and internationally in netball, hockey, golf, rounders, and football – at 16 she was awarded the National Young Sportswoman Award – Lauren, who’s a sport and fitness channel manager, says her biggest regret was giving up her sporting career.

So she decided to enlist as a new recruit for Channel 4’s SAS: Who Dares Wins to prove that she is ‘one of the fittest women in the UK’. 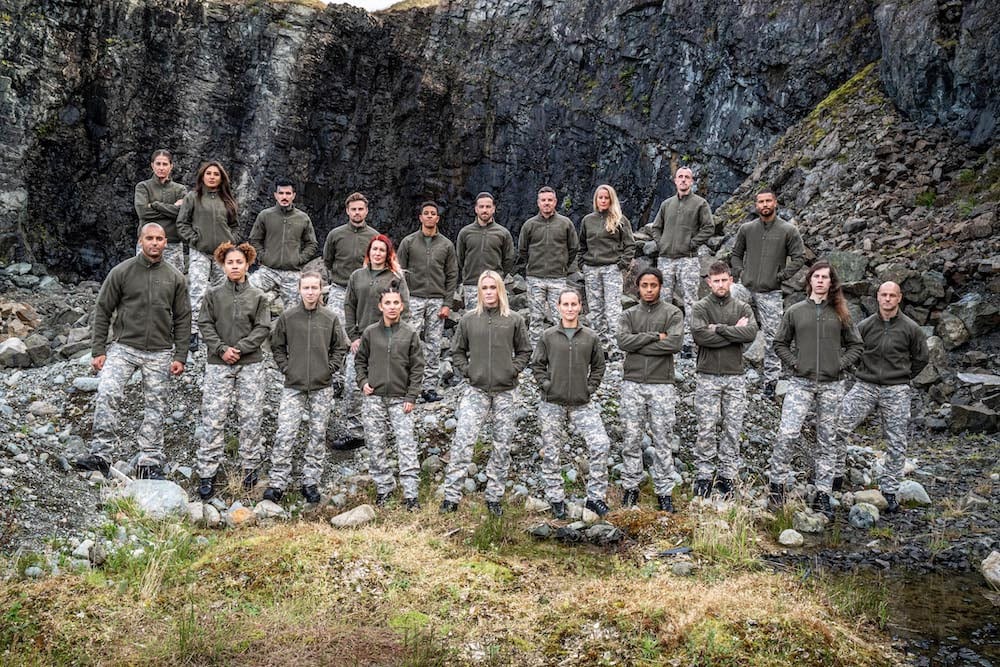 Was it more difficult than you expected?

The series was very difficult and intense.  The idea I had of the course and the reality of it were two very different things. Everything has a reason, a purpose and a learning curve. The course consumed my brain and my body. It’s strange to think that I actually had to turn off my brain to anything else other than the voice of the Directing Staff and just process every challenge on the series because it took that much energy and focus to complete the tasks.

How did you find the chemical warfare attack?

The chemical warfare attack was one of the worst experiences I have had in my life. The idea of what might happen during an exposure to the gas compared to the reality of what happens when your body is exposed to the gas was a shock. This was the only task I would happily never want to experience again.

I enjoy a challenge and wanted to see if my life experience, training and my ability to apply to myself could be shaken. I have always had people behind me telling me I can do anything, so I wanted to see if I could.

What training did you do to prepare?

I have trained 5-6 days a week for the past ten years at CrossFit, competitively for six years, and I felt this prepared me for all scenarios both mentally and physically.

What was the best part of the series for you?

The best part of the series for me, after being screamed at, fatigued, bruised and numb, was being able to complete tasks that I never thought possible because of how the staff taught me to think. In the beginning you think they are just shouting at you, but everything has a meaning and a reason – you start to realise this as you succeed at challenges.

What’s your biggest fear and has this experience helped you get over it?

Being terrified of open water and the dark has previously stopped me from completing anything that might involve them. Being on the show allowed me to come face to face with my irrational fears and realise that if I focus my mind and block out all the noise I don’t have the fear, I have the fight.

Do you think you found it harder than the male recruits?

I don’t think I found it harder than the men. I’ve trained in a male dominated environment for a long time and I expect to be treated the same.  But on the series the women definitely have more to overcome – the DS expect the same from both the men and women, no exceptions.

Would you ever do it again?

I would love to do it again. It was a brilliant experience and I left nothing behind. The series has given me the best gift – it highlighted skills, allowed me to nurture them and it has given me more skills that I now use to do the best I can in life.