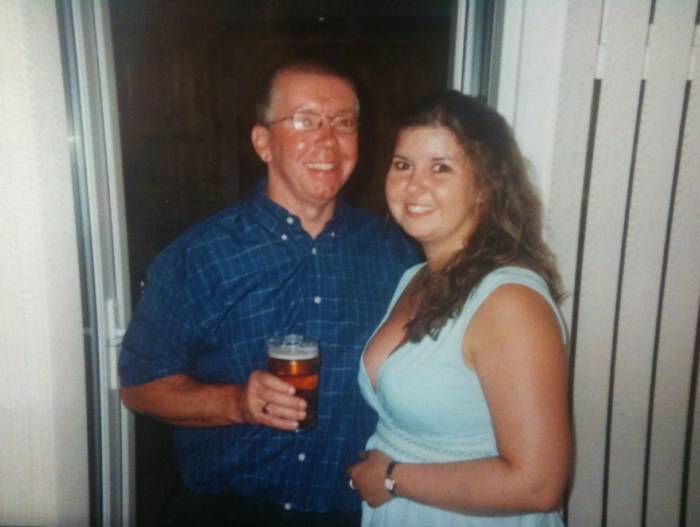 Phillip Hargreaves – known as “Busty” – was cared for at the Marie Curie Hospice, Liverpool after he was diagnosed with a tumour in his sinus aged just 47, while Natalie, 21 at the time, was in the middle of her legal studies.

Despite undergoing radical surgery and lengthy rounds of chemotherapy and radiotherapy, Natalie’s family got the sad news that the cancer had spread to his bones. Phil died on 3rd December 2007 aged 49, two years after his initial diagnosis.

Natalie remembers: “My dad was generally fit and well so it was a big surprise when we found out he had a tumour. He started treatment straight away and I think we all assumed he would get better, that it would only be a matter of time before he recovered.

“Dad had returned to work after his treatment when he started getting pains in his back which turned out to be secondary cancer in his bones. There was nothing the doctors could do and he died a month after I completed my studies – I’m convinced he was hanging on to make sure I did!”

In 2011, Natalie nominated Marie Curie to be Charity of the Year at her employers, Brabners LLP and as part of the firm’s fundraising activities, Natalie went on a once-in-a-lifetime trek to Peru which contributed to the £50,000 raised for Marie Curie that year. Since then, Brabners has launched its own charity, the Brabners Foundation, which make grants to charities including Marie Curie.

MORE: All the latest news in and around Liverpool here 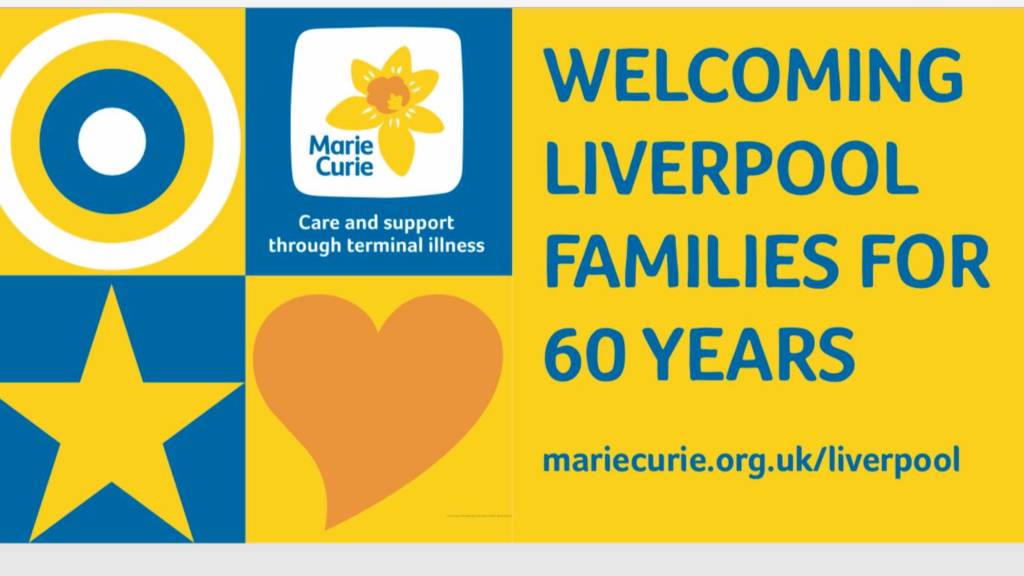 Upon discovering Marie Curie’s community fundraising initiative, Natalie joined the Woolton Community Fundraising Group when it was in its infancy. Now 10 members, including Natalie’s mum, Linda, they run a series of local fundraising events including cake sales, music and dance evenings, cinema events and champagne tastings.

Natalie continued: “Towards the end he really wasn’t very well and Marie Curie were wonderful.

“The hospice is more like a hotel than a hospice. As well as the excellent doctors and nurses there are terrific chefs who do their best to provide food to tempt you when you’re feeling poorly. A bar trolley comes around in the evening, they have a hair and beauty offering, additional therapies and they even let our cocker-spaniel, Ted, visit. Ted meant the world to my dad and he used to say he was his mate in a house full of women!”

“My dad chose the hospice as he felt safe and secure with proper help on hand. There is no doubt that Marie Curie made my dad’s last year better than it would have been had they not been there and that is what motivates me in the work I do with them.”

Every Father’s Day, Natalie leaves a card on Phil’s grave and shares a drink with her family in his memory. This year, she’s also thrown herself into helping organise the charity’s 60th anniversary Diamond Ball.

Looking ahead to the evening, Natalie said: “The Diamond Ball is going to be a fantastic evening, marking 60 years of care and support that the hospice has provided to thousands of people and their families across Merseyside. As well as a three-course meal and drinks, we’ve got a live band playing, a dancefloor, celebrity guests and an auction with fantastic prizes.

“It costs £20 for one hour of nursing care at home, and £6,778 to run the Liverpool hospice every day so while we’re celebrating our 60th anniversary, our aim is to raise vital funds to continue this important work.”

The Marie Curie Diamond Ball will take place at the Crowne Plaza Hotel on Saturday 19th October. To find out more information or for tickets, please call Antony Jones on 0151 801 1412 or email [email protected]