Local musicians are joining The Chicago Blues Brothers on stage at Liverpool Empire Theatre next month - The Guide Liverpool
Contact Us Advertise with The Guide Our Video Services Follow us:

For over 30 years they’ve toured the globe performing in theatres, arenas, festivals, and concert halls. From the Savoy theatre in the West End to the SSE Arena Belfast, the team have rocked some truly iconic venues.

The show is returning to Liverpool for the first time since 2019, and this time the tour will feature two local musicians – Colin George Lamont on drums and Barry Dallman on keyboards – as they bring their unique performance to The Liverpool Empire on September 24th.

When they’re not on the road with the Chicago Blues Brothers, the pair can often be found playing in local venues such as Frederiks, The Caledonia and Carlisi as two-thirds of one of Liverpool’s most popular and respected jazz bands The Alchemy Trio.

Drummer Colin George Lamont is well known across the city’s music scene having played with numerous bands and artists during his 30-year career, Mark Lanegan, Connie Lush and The Alchemy Trio. He said:

“Two years ago, every gig in the country was canceled due to the pandemic and I went out busking to raise money to support local venues that were in danger of going under. It feels incredible to be back on stage again and performing to a home crowd at the fabulous Liverpool Empire will be a very proud moment for me.” 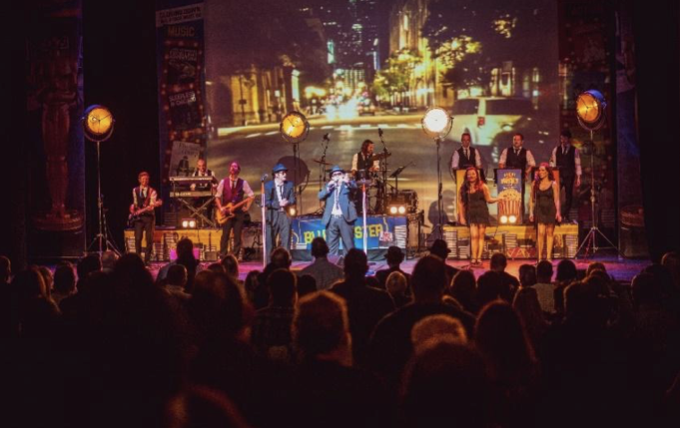 “This show has been seen by people across the world including audiences in Norway, China, Hong Kong, and of course the UK. We’ve been telling the rest of the band for months that the Liverpool audience will be the best they’ve ever seen, and we know it will be the biggest party we’ve thrown so far!”

The secret of the show’s success is the re-branding of the tours to keep the content fresh and exciting. From the 2018 “Motown Mission” Tour to the current “Night at the Movies” Tour, the production is constantly updating the content and staging to keep the audiences entertained and engaged. No two tours are even the same.

Unashamedly over the top and relentlessly entertaining, The Chicago Blues Brothers takes its audience on a rollercoaster ride through the ‘golden’ age of classic movie anthems, Combining brilliant vocals and superb musicianship with a lot of fun and silliness.

This high-octane, adrenaline-pumping musical mash-up “a night at the Movies” tour is infused with the same unique formula that fans have come to know and love, promising all the classic Blues Brothers favorites with a host of iconic and loved movie anthems with a few special surprises and lots of lunacy thrown in – a guaranteed night of nostalgia and laughs! 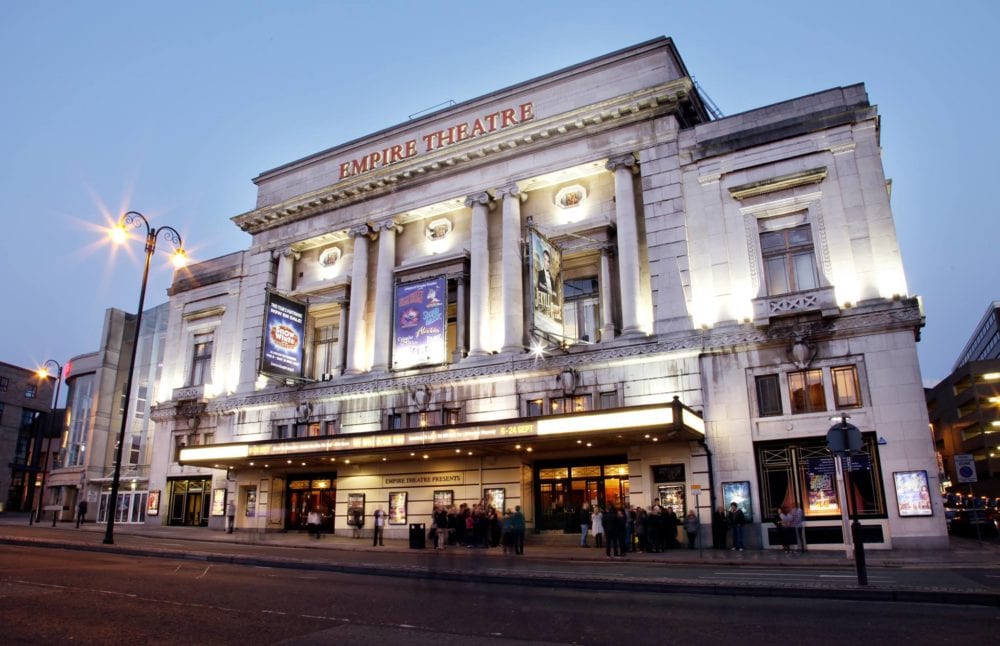 “Infectious, dazzling, riotous, exuberant and spirited, the legacy of Jake and Elwood has been jump-started for a new generation with an energy that’s impossible to resist. We’ve elevated the Blues Brothers Brand to a whole new level of excitement and fun by taking the audience on a journey through some of the most iconic movie songs ever written, all performed live in concert by our award-winning band”

“It’s all down to the commitment of all involved – the crew, cast and creatives and all of the people behind the scenes – it’s a real team effort that makes this show so special and loved around the world” adds Chris.

The Chicago Blues Brothers are on a mission once again in a high-octane, on-stage party you can’t afford to miss.

Get your tickets to see The Chicago Blues Brothers at Liverpool Empire Theatre here.