Local teenager wins Creative Entrepreneur of the year award and £5k to invest in his business - The Guide Liverpool
Contact Us Advertise with The Guide Our Video Services Follow us:

MD Creatives course, Creative Entrepreneur, is a program that taps into creative research, as well as the planning and upskilling needed to build and run a successful business.

This is then implemented by using what has been learnt on the creatives own business, whilst actively working alongside a business in the area of interest to gain practical experience.

By the end of the course, creatives will have produced their own business plan which is then put before a panel of business professionals who choose a creative to win a cash prize ready to invest into their business, alongside mentoring to progress further.

They are looking for someone who has excelled in building their brand and business ready to become an established name and have taken onboard the skills and key elements they have learnt throughout the program. This year’s group of Creative Entrepreneurs had to adapt to online sessions due to Covid-19 which added an extra challenge to their journey.

They worked with the new areas of MD Creatives business, allowing them to use the real-life practical skills and elements they were learning as well as identify what would work best for their own business. The winner was Oliver Jude, who is a 17-year-old entrepreneur from St Helens. 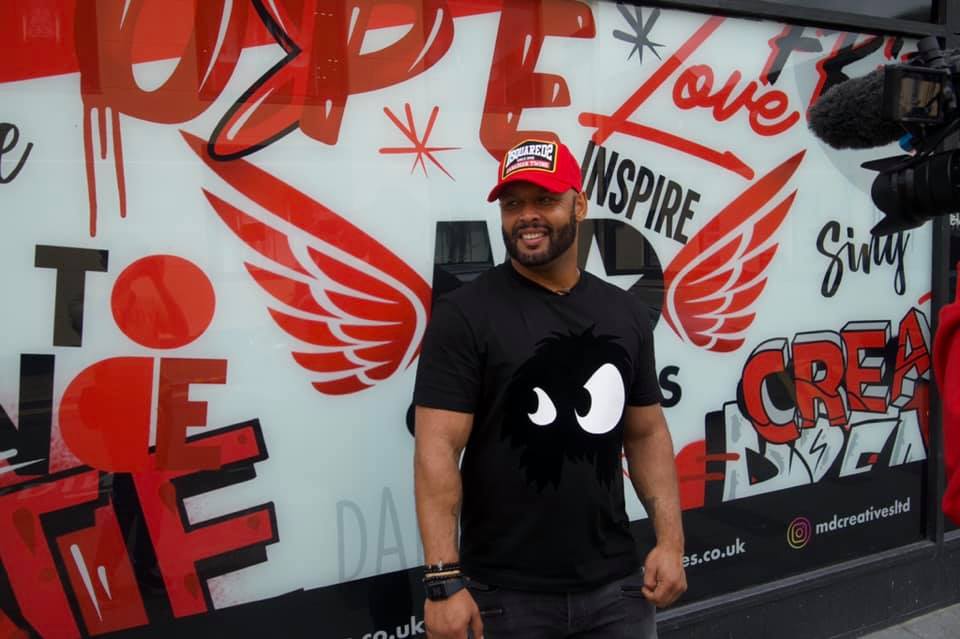 “It was an exciting journey starting out with an original group of 15 people. The most important quality I wanted them to take from the experience was the resilience to run a business, and what a time to do it during a global pandemic when resilience and adaptability were the key skills to use.

What stood out to me the most with Oliver was how he rose both personally and professionally. He emerged into the challenge by utilising social media and diversifying his options whilst staying true to the goal. Both Oliver and his brand have huge potential and I admire the core values it holds. I am looking forward to seeing what comes next.”

Oliver was rejected by the educational system from a young age and facing many difficulties in getting support from the school, from being bullied by staff and students to being isolated every day for months at a time as punishment to something that was simply down to being mis-understood, Oliver and his parents fought for the support and moved him schools to Rainford High which was the best decision they could ever make.

Flourishing in Rainford High with the right support that Oliver needed he then went on to start his positivity clothing brand, Oliver Jude Clothing in December of 2018. This was just one of Olivers’ many other entrepreneurial ideas from being very business focused at a young age, they all knew that Oliver would one day own a business and become a successful entrepreneur. 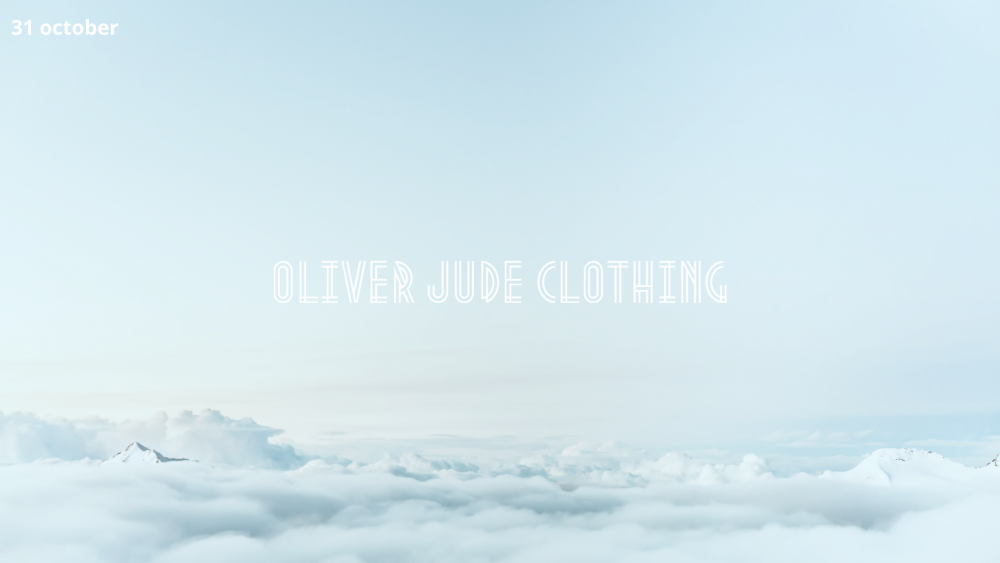 Only a matter of months into the business Oliver was awarded with the ‘Young Community Star Award’ at the Pride of St Helens and then went on to launch a new collection with even more positivity slogans onto a variety of different clothing.

From this Oliver went on to build his network and brand reputation being invited to many gala dinners, charity fundraisers and business launches with celebrities such as Towie’s Gemma Collins, Real Housewives of Cheshire Dawn Ward and Tanya Bardsley and receiving support on social media from Phones4U Billionaire John Caudwell.

Oliver also was recognised by Buzz Talent Agency in London and was approached with the opportunity of his fashion brand being featured on the runway at London Fashion Week with a range of diverse models all empowering diversity and inclusion.

To now be awarded with Entrepreneur of the Year by MD Creatives and Communication Plus, Oliver said:

“It’s been a very overwhelming journey from building a brand after such trauma through the educational system and after receiving so much support around the expansion of my business in the past 12 months on the creative entrepreneur course at MD, it’s given me a real insight to scaling a business.

Now looking at what’s next for the business, how and where the money is going to be invested is yet to be discussed with mentoring from MD and Communications Plus, but what I do know is I have a vision that will be brought to life in the coming months and this is what is going to take my business to the next level. I just want to finish by saying a huge thank you to Miguel and Michael for supporting me and to be now part of my journey it really does mean a lot.”

Michael McDade and Communications Plus O2 Rainford are a vital part of the support system at MD Creatives, for the work they do across St Helens and the City Region, and being part of the advisory board team. They have also provided great work for the creatives to become involved in over the past 12 months. 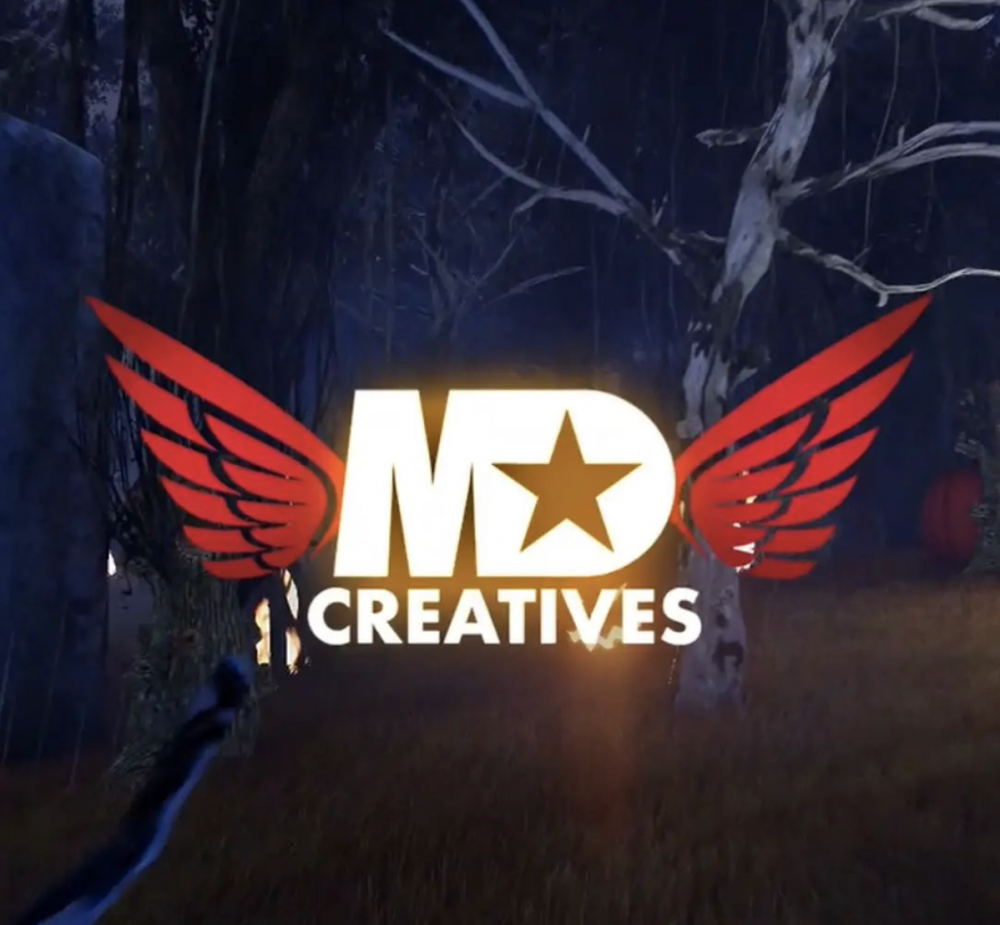 “It was a tough call between the finalists but the professionalism and the vision for the future was second hand to non when discussing Oliver’s business plan. His drive is clear and he is a young man destined for great things. We could not be prouder of our chosen winner. Well done Oliver.”

As part of being the winner, Oliver has won £5,000 to invest into his business, mentoring and coaching, he will be featured in MD Creatives network events and presentations, he will be part of a Q&A at the collectives’ meetings which is for new and current businesses, he will go into schools to inspire the next generation of business entrepreneurs and will also be given access to a number of business coaches and advisors to build up support.

If you want to become part of MD Creatives Creative Entrepreneur course to develop your business idea or current business, as well of being in with a chance to win Creative Entrepreneur of the Year, they are now enrolling for September 2022, for ages 16+. Get in touch for more information via [email protected].

MORE - Liverpool could be the next Covent Garden, says Beyond the Fringe organiser