Look at all of the shows coming to St Helens Theatre Royal this Spring - The Guide Liverpool
Contact Us Advertise with The Guide Our Video Services Follow us:

The Spring Season 2022 which runs from now until Easter is packed with live music, comedy, and children’s entertainment.

St Helens Theatre Royal continues to use the Society Of London Theatre & UK Theatre’s ‘See It Safely’ mark. This certifies that the venue is complying with Government and industry Covid-19 guidelines to ensure the safety of staff, performers, and audiences.

The new season starts with Celine – The Vegas Years on Sunday 23 January at 7.30pm. Celine Dion’s Las Vegas show has become legendary. From 2011, she performed more than 1,100 shows to 4.5 million people. Experience the iconic music of this incredible powerhouse through international vocalist Crystal Cimaglia and her band, who exclusively perform the Las Vegas setlist.

Lionel – The Music Of Lionel Richie is on Friday 28 January at 7.30pm. The show features Malcolm Pitt, who has performed with Lionel himself on ITV’s Sunday Night At The London Palladium and BBC’s Graham Norton Show. Audiences can look forward to classic hits including Dancing On The Ceiling, Hello, Easy, Three Times A Lady, All Night Long, and Stuck On You.

Relive the magic of Queen with Supreme Queen on Saturday 5 February at 7.30pm. Now one of the most recognisable tribute bands in the world, this band take things to a whole different level. Fronted by Scott Maley, Supreme Queen have played to fans across the world including St Tropez’s International Queen Convention where they played to 10,000 Queen fans.

Buddy Holly Lives – The Music Never Died is on Monday 21 February at 7.30pm. This dazzling new musical production has been written by musician and performer Asa Murphy, who plays the role of Buddy. The show celebrates 70 years of timeless music from the genius boy from Lubbock Texas, and features visual and audio from Buddy’s career.

Celebrate the music of the 1980s with a tribute to some of the biggest groups of the decade. Calling Planet Earth is on Friday 25 February at 7.30pm. This electrifying moment in time is celebrated through the music of ABC, Depeche Mode, Duran Duran, Japan, OMD, Soft Cell, Spandau Ballet, Tears For Fears, The Human League, and Ultravox. Performed by a live band with symphonic arrangements combined with stunning vocals.

Dire Streets is on Friday 4 March at 7.30pm. This group perfectly captures the distinctive, authentic sound of one of the guitar bands of all time. Dire Streets cover tracks including Sultans Of Swing, Lady Writer, Brothers In Arms, and Walk Of Life. 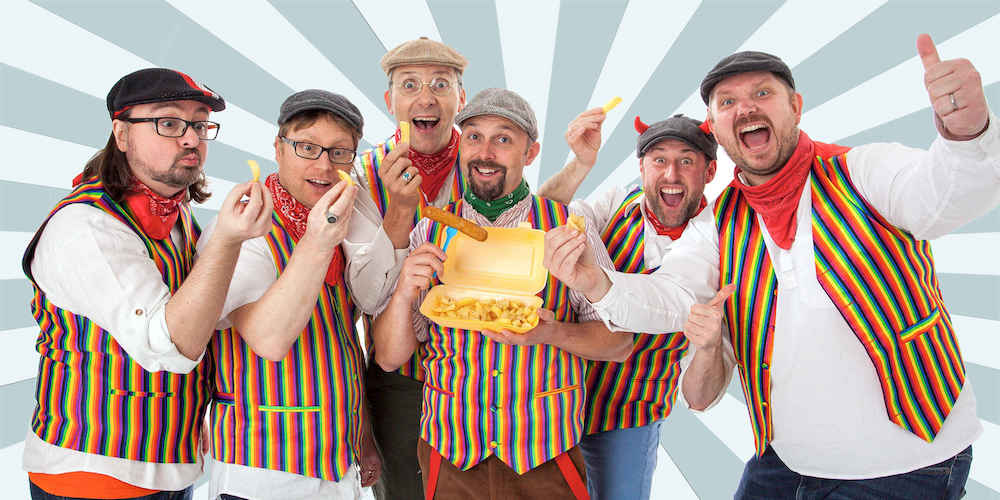 The Lancashire Hotpots are most definitely a band with a difference. The Lancashire Hotpots perform on Saturday 5 March at 7.30pm. Bernard and the boys will entertain audiences with their unmistakable songs I Fear Ikea, Shopmobility Scooter, and Chippy Tea. An evening of music and laughter guaranteed.

Dig out the denim and crank up the volume on for The Bon Jovi Experience on Wednesday 9 March at 7.30pm. Lead singer Tony Pearce’s striking resemblance to Jon Bon Jovi creates an unrivalled tribute making this an unmissable show. Formed in 1983, Bon Jovi have sold more than 120 million albums worldwide, performing over 2,600 concerts in over 50 countries for 34 millions fans.

Billy Joel – Piano Man is on Thursday 10 March at 7.30pm. The ultimate concert to celebrate the music of one of the best selling artists of all time. This new show features Robert Schmuckand his seven-piece band performing fantastic musical arrangements of multi-million selling songs including My Life, Uptown Girl, River Of Dreams, Tell Her About It, Just The Way You Are, Piano Man, and We Didn’t Start The Fire.

Revisit the timeless and soothing music of superstar Luther Vandross. Luther is on Friday 11 March at 7.30pm. The late singer’s incredible career culminated in more than 40 million album sales, eight Grammy Awards, and some of the greatest anthems and love songs including Never Too Much, The Best Things In Life Are Free, Love The One You’re With, Dance With My Father, and Always And Forever. The show is fronted by international Luther Vandross tribute Harry Cambridge and his 10-piece band.

A Vision Of Elvis is on Friday 25 March at 7.30pm. This smash-hit show features performer Rob Kingsley, winner of the National Tribute Music Awards gongs for best Official Elvis Show and Number 1 Male Tribute – and is internationally renowned as the best Elvis Presley touring tribute in the world today.

Raising a laugh this season are comedians Ed Byrne and Jim Davidson.

Ed Byrne: If I’m Honest is on Tuesday 25 January at 8pm. Irish comedian Ed takes a long hard look at himself and tries to decide if he has any traits that are worth passing on to his children. A brand new masterclass in observational comedy, and this new show follows the success of his 2017/2018 tour Spoiler Alert! 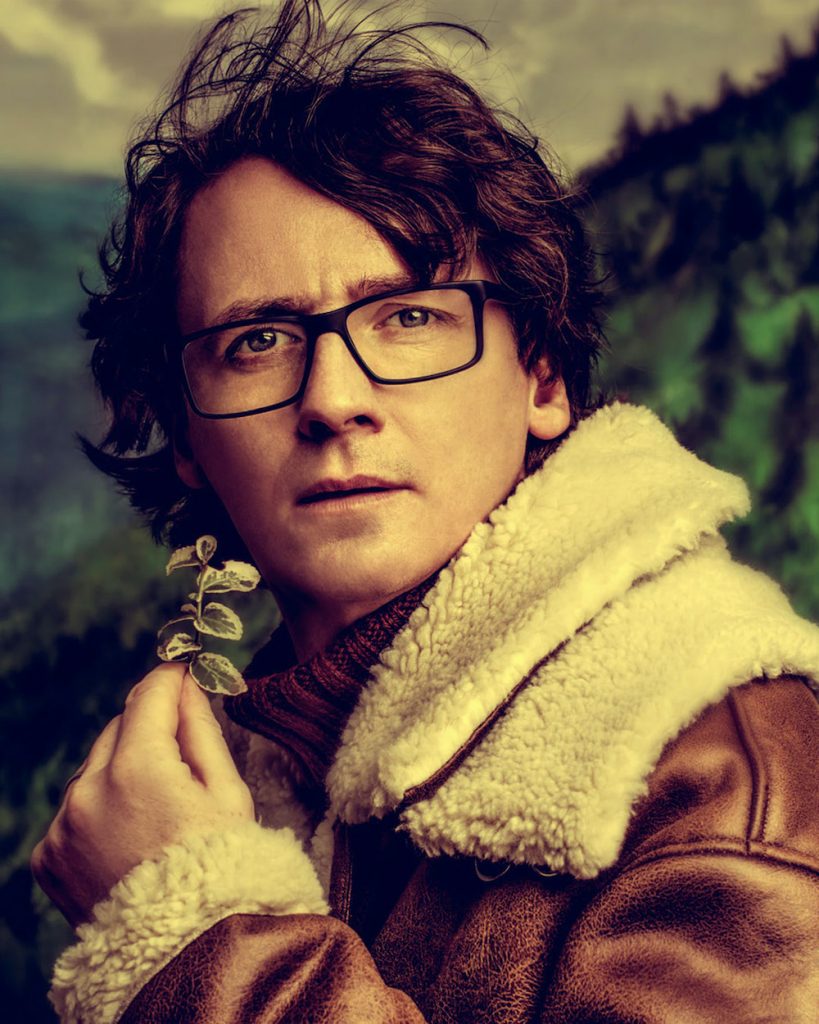 Jim Davidson Unlocked is on Tuesday 22 February at 7.30pm. Fans will be thrilled that Jim Davidson is back on tour – and he promises to be more outrageous than ever. After months of being in lockdown, the comic is ready and raring to go in 2022.

Family entertainment is always a big hit at St Helens Theatre Royal – this Spring youngsters can enjoy two pantomimes, an engaging introduction to make science fun, tea with a tiger, a trip to the zoo, and American wrestling.

Exciting Science is on Sunday 6 February at 2.30pm. This is a fun and engaging introduction to the world of science. A new, exciting and educational show which will entertain youngsters aged four upwards.

Regal Entertainments’ The Wizard Of Oz runs between Friday 11 February and Sunday 20 February. Join Dorothy and Toto on their epic adventure along the yellow brick road to the Emerald City. Along the way they meet all those incredible characters including Scarecrow, Tim Man and Lion. A real favourite. Full cast to be announced shortly.

The Tiger Who Came To Tea comes to St Helens from Tuesday 1 March to Thursday 3 March, various times across the three days. The doorbell rings just as Sophie and her Mum are sitting town to tea – and it’s a guest with a real difference. The show is directed by David Wood OBE, and is based on the book by Judith Kerr.

Dear Zoo comes to town on Monday 21 March (4pm show) and Tuesday 22 March (shows at 10.30am and 1.30pm). Rod Campbell’s much-loved lift the flap book has been a firm favourite with children and parents alike for almost 40 years. The story of Ben and Sally searching for the perfect pet has now been adapted for stage. This colourful show is packed with puppetry, songs and, of course, plenty of animals. Suitable for aged two upwards.

Families are invited to enjoy an evening with a difference. American Wrestling is on Saturday 26 March at 7.30pm. Audiences will be ready to rumble as they enjoy a worldwide championship spectacular featuring a Tag Team Challenge. Tickets also include a free meet and greet.

The second Spring panto from Regal Entertainments is a swashbuckling Easter extravaganza. Peter Pan runs between Saturday 2 April and Monday 18 April. Based on J.M. Barrie’s timeless classic about the boy who never grew up, audiences are invited to join Peter, Wendy and friends on their incredible adventure through Neverland. Cast to be announced shortly.

MORE - The Wombats talk fatherhood, feeling zen and thriving in a post-indie world

The Spring Season 2022 programme is complete with new musical play Irish Annie’s celebrating the culture of the Emerald Isle, and a new dance show from Strictly winner Giovanni Pernice.

Irish Annie’s is on Monday 14 March at 7.30pm. This new celebration of Irish music and culture comes to St Helens shortly before St Patrick’s Day. Join landlady Annie and her madcap customers for a fun night in an Irish bar. The show features original tracks written for the show by Asa Murphy, along with all-time favourites Galway Shawl, Tell Me Ma, Dirty Old Town, Whiskey In The Jar, and Danny Boy – all performed live by six-piece Irish band The Shenanigans. Full cast to be announced soon.

Strictly star Giovanni Pernice recently wowed viewers when he won the glitterball trophy with celebrity dancer, actress Rose Ayling-Ellis. Fans can see the professional dancer live in St Helens with his new show. Giovanni Pernice – This Is Me is on Thursday 24 March at 7.30pm. Joined by a cast of professional dancers, the showman pays homage to the music and dances that have inspired and influenced his sparkling career.

“When we reopened in Autumn last year we promised our loyal patrons that we would be back safer and stronger – and I am proud to say that’s exactly what our team have done. It’s been a very special few months at St Helens Theatre Royal. Seeing the faces of our audiences once again enjoying live theatre is just like coming home.

“The Spring Season 2022 is packed with variety and real talent and we always look forward to welcoming top class touring productions to our theatre and town, programmed alongside our very own much-loved pantomimes. This season we have The Wizard Of Oz and Peter Pan to keep the fun and magic of panto alive in St Helens. We look forward to welcoming audiences to a welcoming Covid-secure and safe space.”