Lots of chances to see Twopence to Cross the Mersey

Following a hugely successful 2015 Merseyside tour, Twopence to Cross the Mersey will now embark on its biggest tour to date, a unique tour that covers seven venues across England’s North West and North Wales.

The smash-hit play, based on the best-selling autobiography, Helen Forrester’s Twopence to Cross the Mersey will open at Liverpool’s Royal Court on Tuesday 20th September for a three week run. The play will then tour to six further venues in Rhyl, Preston, Southport, Warrington, Stockport and St Helens, taking the show to its readers.

There are just two changes to the line-up who generated rave reviews when the show enjoyed a successful six-week tour in Spring 2015. The cast now features actors Phil Hearne and Tom Cawte as part of the8-strong ensemble cast.

Phil Hearne will play a variety of roles in Twopence and is looking forward to treading the familiar boards of Royal Court Liverpool, where he has regularly entertained audiences in shows including Good Golly Miss Molly and the Council Depot Blues. He was part of the West End cast for Blood Brothers, and his television credits include Coronation Street.

Tom Cawte brings a wealth of experience to the role of Alan, Helen’s younger brother. His theatre credits include the 2015 national tour of The Lone Pine Club and Boys of the Empire Production Sandel at the Edinburgh Fringe in 2013. Film and television credits include the upcoming BBC series Witless and London Fields. 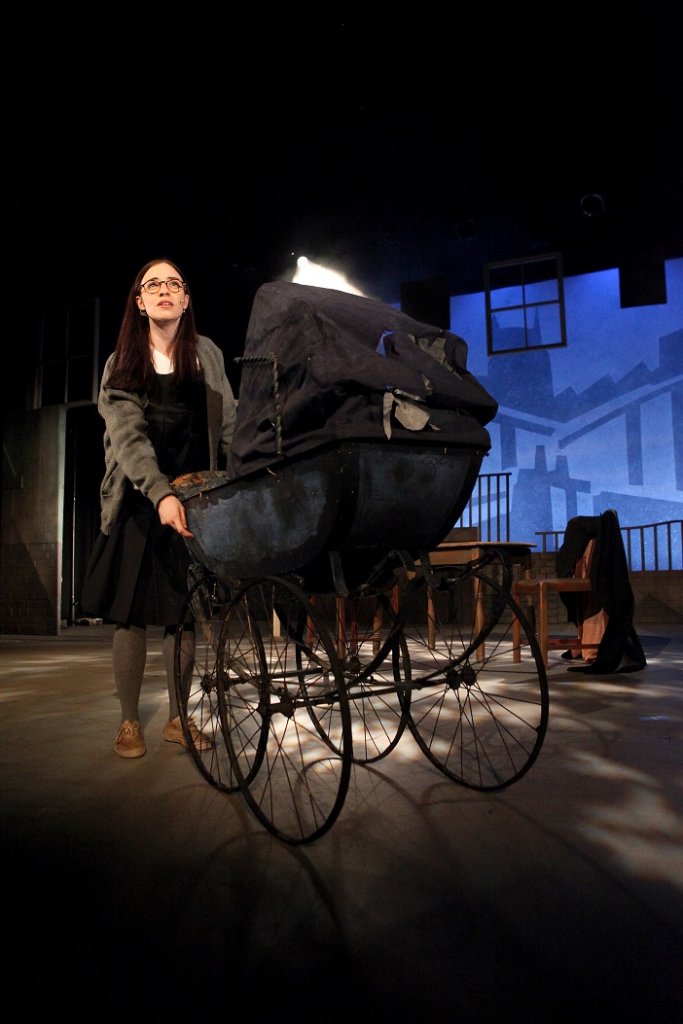 The line-up sees the return of Emma Dears (Judy & Liza, Les Miserables) as Mother; Christopher Jordan (Moving On, Coronation Street) as Father; Maria Lovelady as Helen; and together with Tom Cawte asAlan, they make up the Forrester family.

Son of Helen Forrester, Robert Bhatia said “The play is great! I saw it last year and Maria Lovelady was utterly convincing as my mother”.

Helen Forrester’s Twopence to Cross the Mersey tells the true story of a young girl and her formerly wealthy family as they are suddenly thrown into poverty during the Great Depression of the 1930s. Leaving behind the nannies, servants and comfortable middle-class life in the South West of England, they uproot their shattered lives and choose Liverpool as the place to start again to rebuild their dreams and fortune. Unbeknown to them however, a terrible shock awaits them.

The play is staged by Pulse Records Ltd in collaboration with producer and stage writer Rob Fennah and producer Bill Elms, they are joined by director Bob Eaton.

Co-producer and stage writer Rob Fennah, said: “We are absolutely thrilled that we can welcome the return of almost the same cast for our biggest ever tour of the Twopence play – it’s fantastic news and is something we have worked hard to achieve. Helen’s story is such a special one and is one which so many people can relate to – but you need an extremely strong cast who can embrace just what it was like for Helen and her family and are able to portray their lives with passion and dignity. Our cast won the hearts of audiences and also the Forrester family which is absolute testament to their creative talent.” 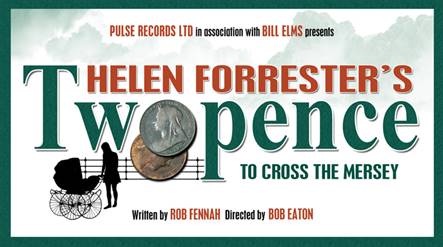 Producers Pulse Records Ltd in association with Bill Elms, recently announced a partnership with church and charity, The Salvation Army. Audiences will be able to donate to The Salvation Army at every performance during the North West and North Wales tour. All monies raised will help to fund the work of the church and charity, supporting some of the most vulnerable people in the community.

TWOPENCE TO CROSS THE MERSEY – The Stage Play