Marie Curie want people to "Join Team Liverpool" at Central Station - The Guide Liverpool
Contact Us Advertise with The Guide Our Video Services Follow us: 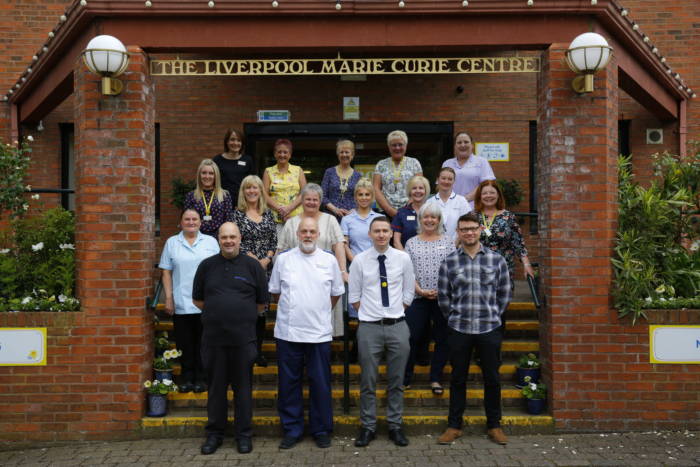 Liverpool Central station has been taken over by terminal illness charity Marie Curie to raise awareness of the care and support they provide and to fund the team at the charity’s Liverpool hospice.

For six weeks from Monday 29th July, commuters will find that major advertising boards in the station have been replaced with pictures of staff from different teams based at the Woolton site and a call for people to “Join Team Liverpool” to fund your local hospice.

Marie Curie and Exterion Media, who the charity has partnered with, are hoping that this campaign will provide an engaging experience for commuters as they travel through the station and prompt them to find out more about the charity’s services and encourage them to make a donation.

MORE: A special garden to remember loved ones has reopened after renovation

Liverpool hospice nurse Nicola Humphreys, who is one of the faces of the campaign, said: “At Marie Curie we look at each person as an individual, focussing on their needs, their goals and wishes. We ask them what they need and more importantly what they want. We give people the information and the support to make choices. We believe having choices is very important, especially at a time when people feel like they have maybe lost control.

“Everybody has the right to a good and dignified death.  We’re able to be there for people in perhaps their darkest moments. We can give people the right medications, the correct support and the best care.

“Marie Curie want to reach as many people as possible and this is what this campaign is about; reaching people and shining a little light into the darkness. Terminal illness will affect practically everyone at some point. I hope this campaign enables us to be a light for many, many more people.”The campaign also features teams from across the hospice, including admin, community fundraising, catering and clinical staff, all of whom are vital to keep the hospice running from day to day.

Diane Barker, Marie Curie Hospice, Liverpool Hospice Manager, said: “All of our hospice staff are vital in making sure we can provide round-the-clock expert care and support to people living with a terminal illness.

“Whether they work in our clinical, support or facilities teams, every colleague is here to help provide that support to patients and their families at what can be a very difficult time.”

The current purpose-built hospice was opened in February 1994, by the Duchess of Kent, and earlier this year was visited by the charity’s patron, HRH Prince Charles, in recognition of the hospice’s 60th anniversary.

If you would like to get involved in the hospice’s 60th birthday celebrations, which includes a Diamond Anniversary Ball on 19th October, contact Antony in the Community Fundraising team on 0151 801 1412 or at [email protected].