Meet 100-year-old Doreen from Garston who has become a cheeky Tik Tok superstar - The Guide Liverpool
Contact Us Advertise with The Guide Our Video Services Follow us:

A 100-year-old from Garston has become Tik Tok’s most unlikely star after her cheeky videos attracted more than 200,000 views.

Tik Tok has been the social hit of lockdown, with millions of users sharing videos of themselves dancing, lip-synching and messing about in their houses and gardens.

It’s been especially loved by under 25s and celebs like Jennifer Lopez, Dua Lipa and Little Mix’s Jesy Nelson, but that hasn’t stopped great-great grandmother Doreen Slack from gaining her own big fanbase on the site.

Doreen has been making videos for over a year, with help from her granddaughter Vix Kennedy.

And Vix says its her nan’s saucy sense of humour, and especially her fondness for good looking blokes with their tops off, that’s won her such a following. 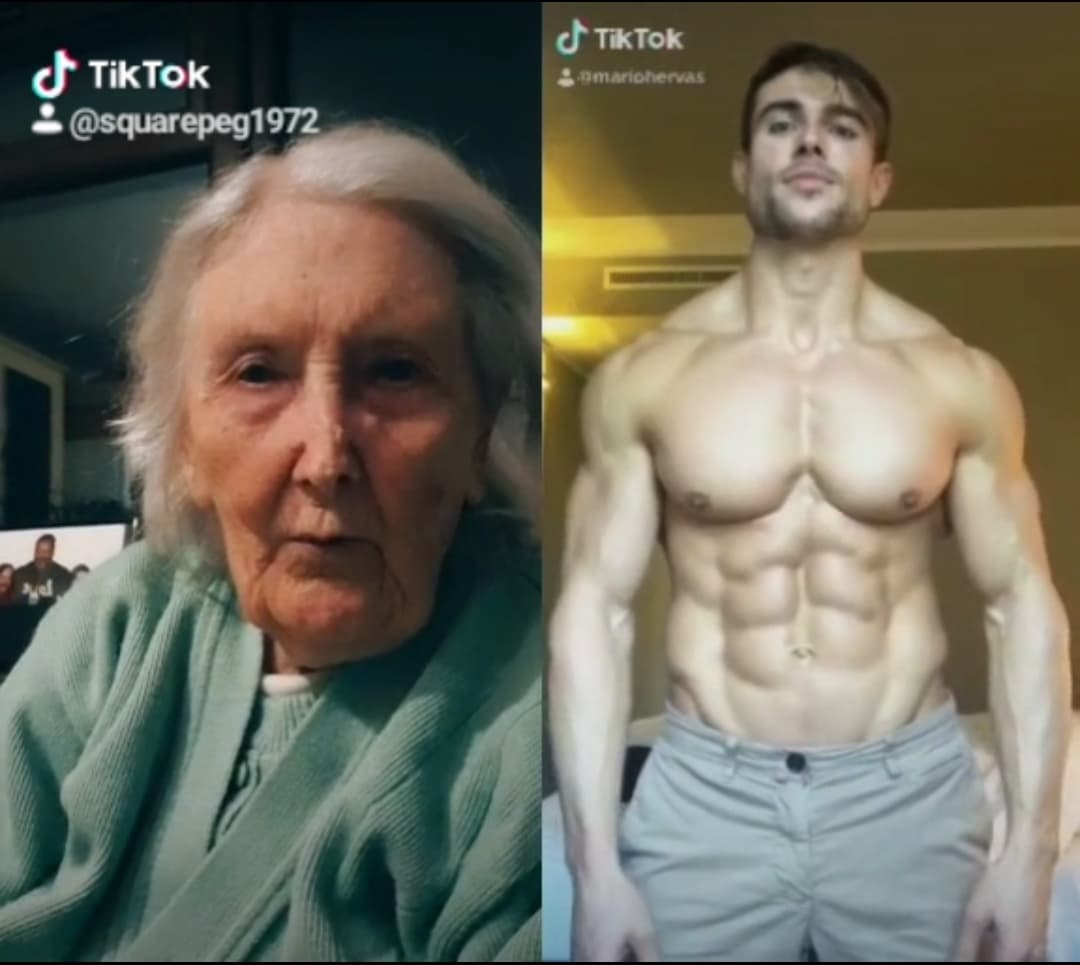 “It started when my sister bought her a calendar with half naked men in for Christmas last year and she was having an absolute ball, looking through it and touching their muscles and their bums and laughing,” says Vix. “She even turned it sideways to get a better look!

“I did her first video for her then and it’s just gone from there.”

MORE - Baltic Triangle we’ve missed you! Here’s how reopening is going for some of our fave Baltic bars & venues…

Doreen, who was shielding at Vix’s home in North Wales at the height of the virus, has since made lots, most of them either commenting on other users’ videos or mimicking their moves.

“I sit next to her and she loves just scrolling through them all with me – she particularly loves the muscly men!

“There’s one of her where she’s looking at this Spanish model, Mario Hervas, flexing his pecs and she’s going ‘ooh clever boy’ You can read her lips. That’s had well over 100,000 views!”

Doreen’s videos are uploaded on Vix’s Tik Tok account which she set up when she was having treatment for breast cancer two years ago. 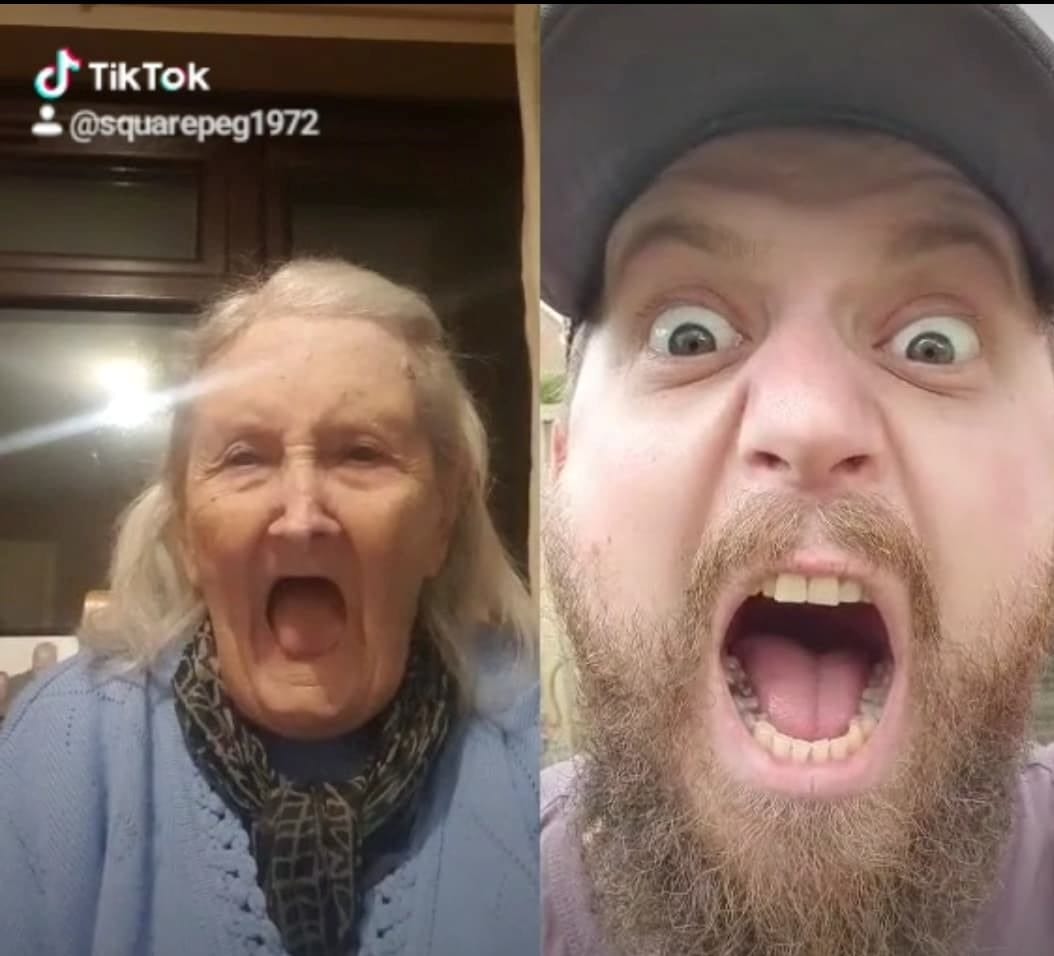 “At first I thought it was all about singing duets, but then I realised there was more to it than that. I lost my hair when I had chemo and outside my house I’d never take my hat off but on my Tik Tok videos I just didn’t care. I’d just do jokes and on one of them I whipped my wig off.

Vix says Doreen’s videos have ended up on Tik Tok’s ‘for you’ page and that’s helped her attract a wider global audience of followers. “She keeps getting on there so she gets a wave of comments every few days,” she adds.

The 100-year-old isn’t hasn’t quite grasped the point of the site, Vix admits, but she still enjoys it.

“When she looks at the people who’ve uploaded videos she’ll often say ‘who’s that?’ because she can’t understand that it isn’t anyone famous, it’s just random people,” says her granddaughter. “And she thinks when we show her a video that it’s one we’ve taken of someone we know, but she just likes looking and laughing at them anyway.”

Doreen, who has five grandchildren, 10 great-grandchildren and one great-great grandchild, is a big fan of Ru Paul’s Drag Race too and, again, it’s the well-toned contestants that get her attention. “If she sees a naked bum going across the screen, she just roars laughing at it.”

She isn’t fazed by seeing herself on Tik Tok, or by knowing that so many other people have seen her too. 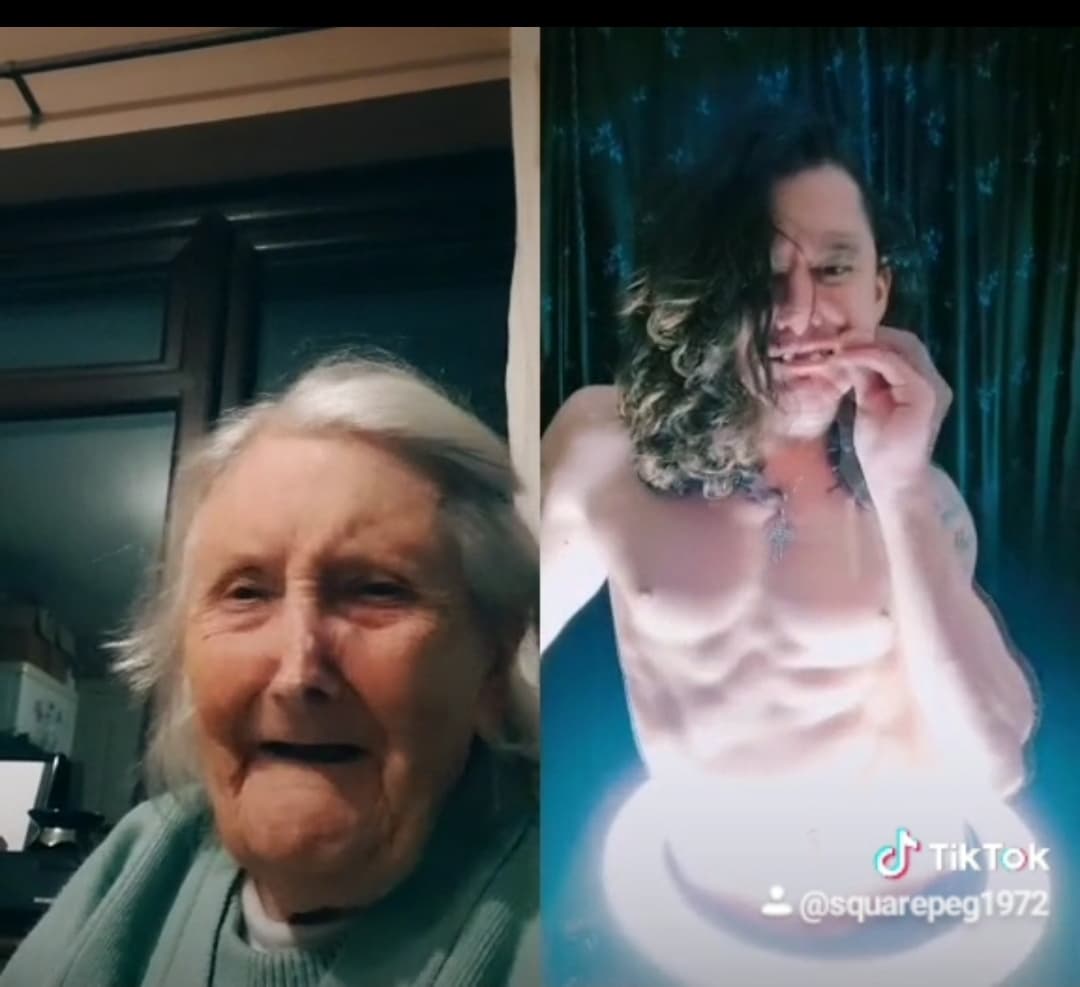 With her naughty sense of humour raising a smile for hundreds of thousands of other people, Vix says her nan has no intention of stopping making her cheeky videos now.

“She’s always loved being the centre of attention, until a few years ago she used to be at the Legion three or four times a week and she was always the first one having a knees-up.

“Everyone who knows her knows that’s what she’s like – there’s nobody quite like her, she’s just a little minx.”

MORE - 10 ways to cycle around Liverpool