Meet 'Jive Teddy', the Liverpool entertainer on a mission to combat loneliness - The Guide Liverpool
Contact Us Advertise with The Guide Our Video Services Follow us:

Meet ‘Jive Teddy’, the Liverpool entertainer on a mission to combat loneliness

A Liverpool entertainer is on a mission to tackle loneliness in Merseyside.

Ted Williams aka ‘Jive Teddy’ currently provides entertainment for over 1,500 people per month through his largely non-profit and low cost events — encouraging many older and marginalised people to become more socially active.

Singer and dancer Ted spends most of his spare time hosting events to encourage people, mostly the older members of the community, to become more socially active. Through his modern jive dancing nights and big events, his Happy Memories afternoon events and many other charitable causes he engages in, he dedicates his life to helping others. 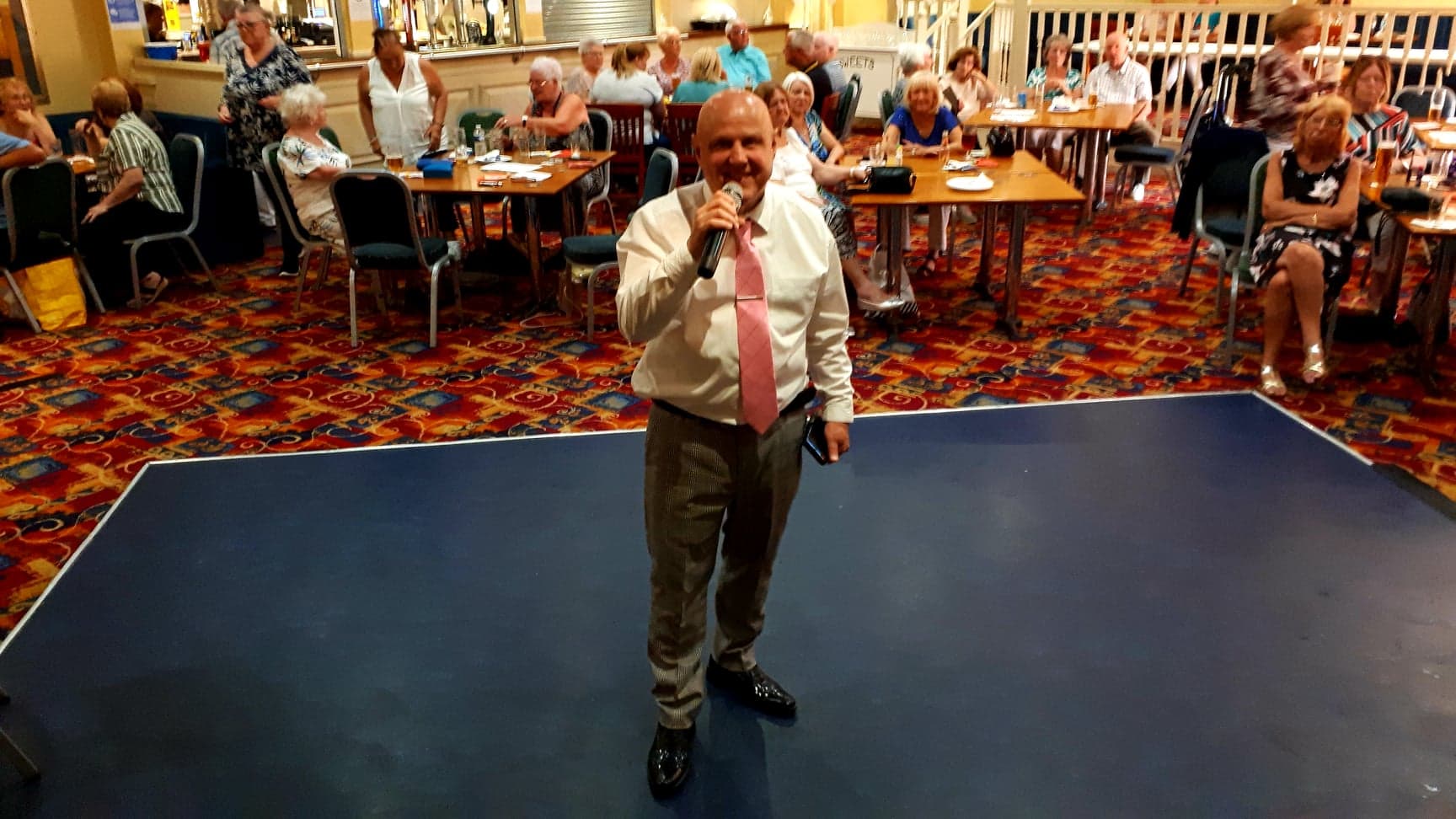 In August 2011, Ted created his ‘Jive Teddy’ modern jive nights — a concept that has exploded in popularity and now attracts around 100 dancers every Monday at The Railway Club in Aintree. The nights have been responsible for many new friendships and has grown to include huge bi-monthly freestyle events at The Isla Gladstone alongside his good friend Pawl Anthony and weekends away.

“The Monday night modern jive events are inclusive, great fun and we’ve created a very special community. There’s a DJ who plays everything from 50s music to modern chart music and plenty of the team on hand to assist — people of all abilities are welcome. 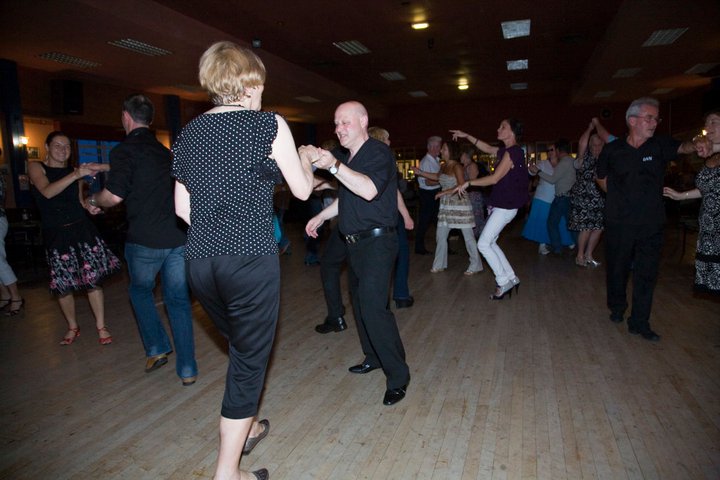 “The health, happiness, confidence and social benefits are amazing and it’s an honour to help so many people through dance. The big events at The Isla Gladstone are brilliant, with people coming from all over the country to attend, and the dancing weekends away to places like Llandudno and Lytham are really special.”

In addition to helping people get socially active through dance, Ted also has a Happy Memories group for older people that he runs jointly with his good friend Peter Bowyer. Happy Memories hosts five monthly events a month throughout Liverpool — featuring afternoons of live entertainment, dance, bingo, raffles and food. 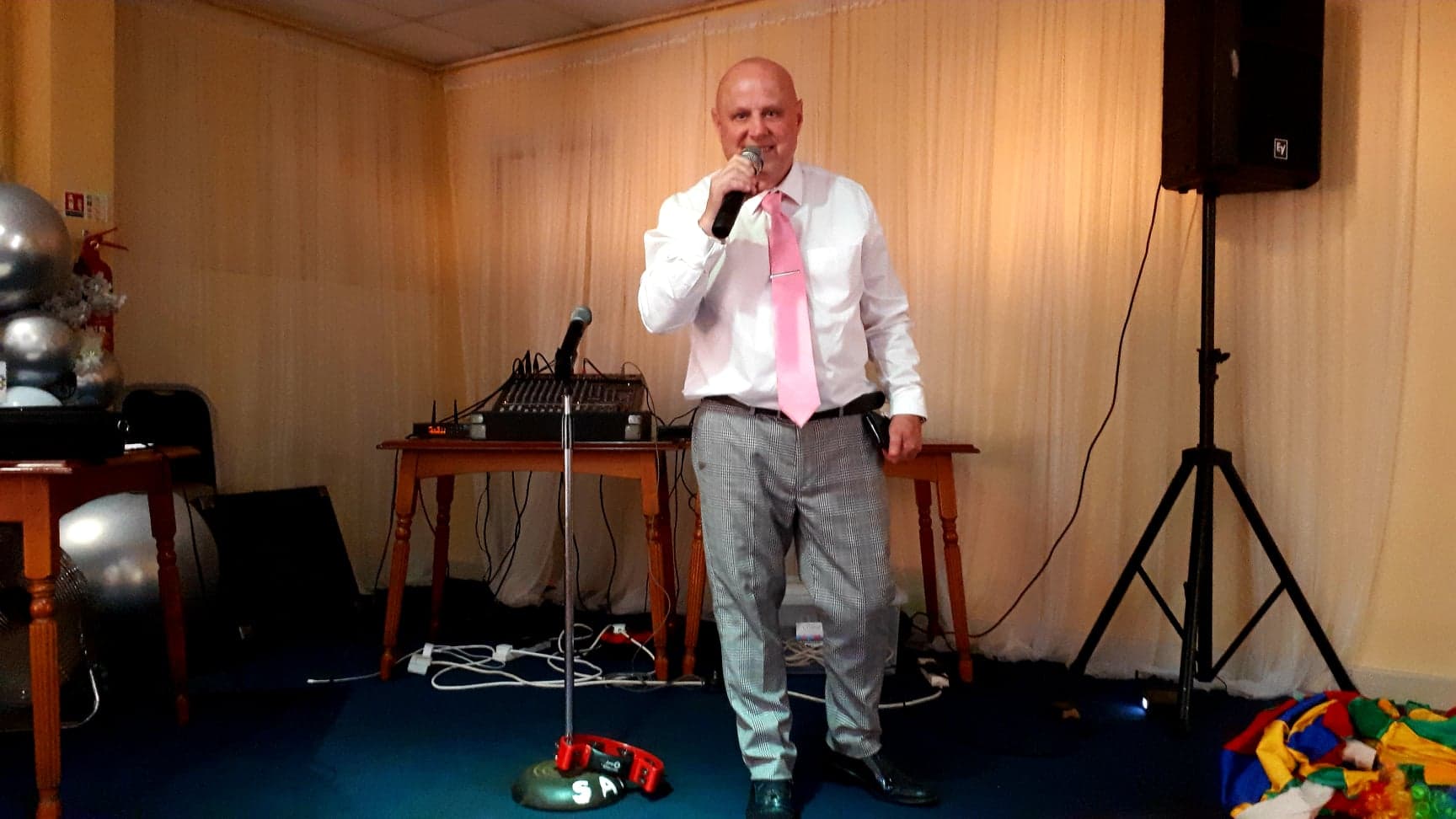 The Happy Memories afternoons also draw in around 100 people for each event and feature top entertainment from the likes of, Pauline Daniels, Ricky Tomlinson Asa Murphy, Paul McCoy and Randy King. The events are just £5 to attend, with bingo optional, and they have been responsible for getting countless older people more socially active since they started in 2018.

Ted said: “Peter Bowyer and I are really proud of what we have created with Happy Memories. The idea is to put on top quality entertainment, dance, bingo, raffles and food at a very affordable price to get older people out of their houses and socializing. The live entertainment we offer is top class and very nostalgic — we’ve even had some tell us that it’s helped with their loved ones’ dementia.” 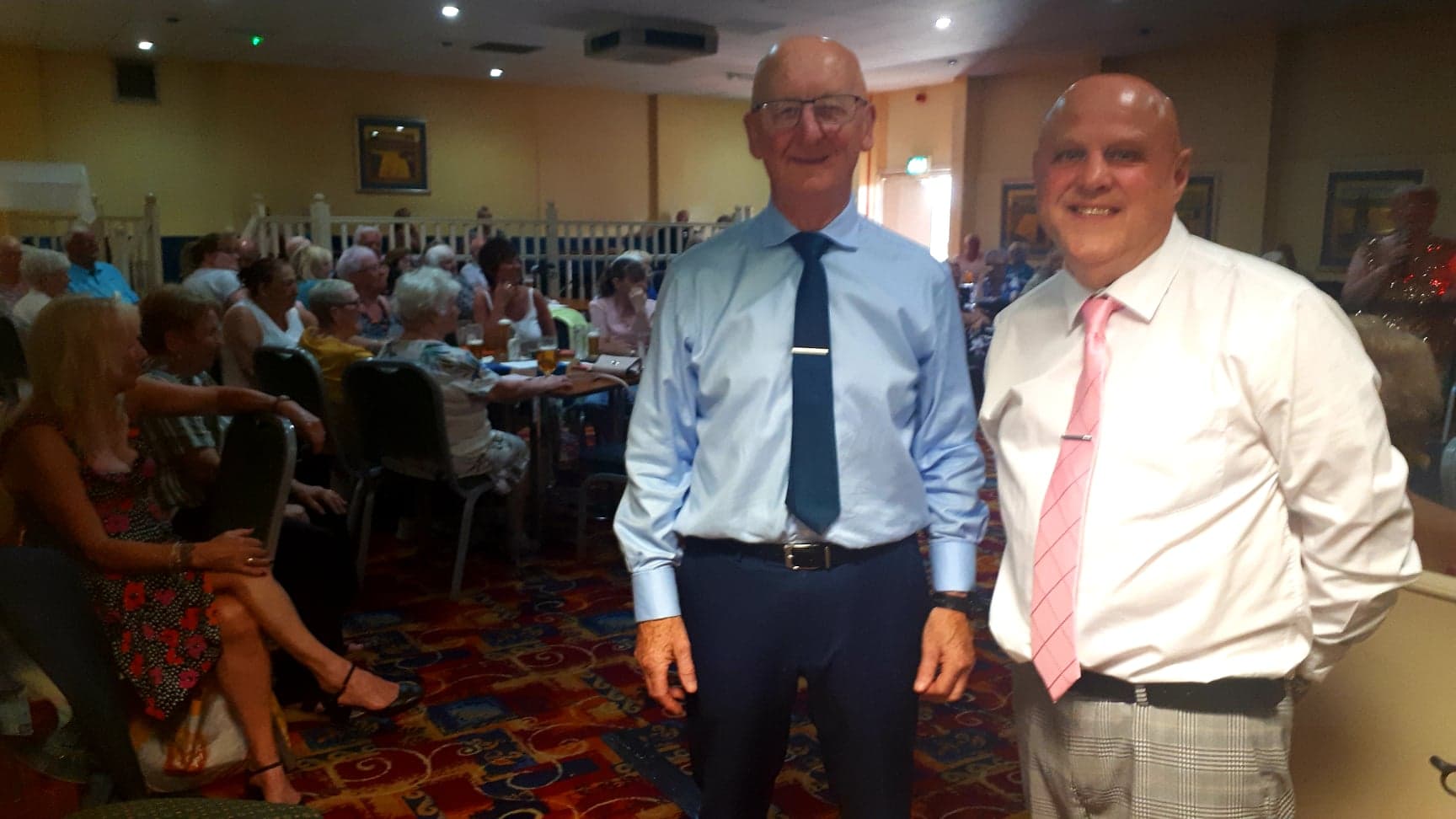 Ted is also involved in many other community projects such as fronting the big monthly Plaza Cinema Community events for Julie Lawson. He also offers his singing and entertaining services to BNENC in Anfield, Everton In The Community, The League Of Welldoers with Tony Ravel, Bobby Dunne’s Make A Difference charity and various churches and nursing homes.

Ted said: “The issue of loneliness amongst older people is a serious one. According to Age UK, more than 2 million people in England over the age of 75 live alone, and more than a million older people say they go for over a month without speaking to a friend, neighbour or family member. 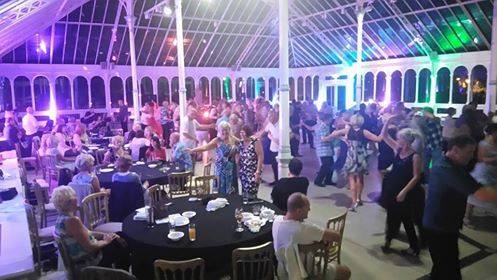 “I want to show people, particularly older people, that it’s important to remain socially active and there are some great things on offer for them if they just take that initial leap of faith. I do spend much of my spare time hosting and getting involved with these projects but I love what I do and I love to see so many happy faces and the effect the projects have on so many lives.”

Despite so many different projects going on, Ted is showing no signs of slowing down on his mission to combat loneliness in the region. He and Peter are looking to expand the Happy Memories afternoons to more venues and spreading awareness of all the social events available for older and marginalised people in Merseyside. 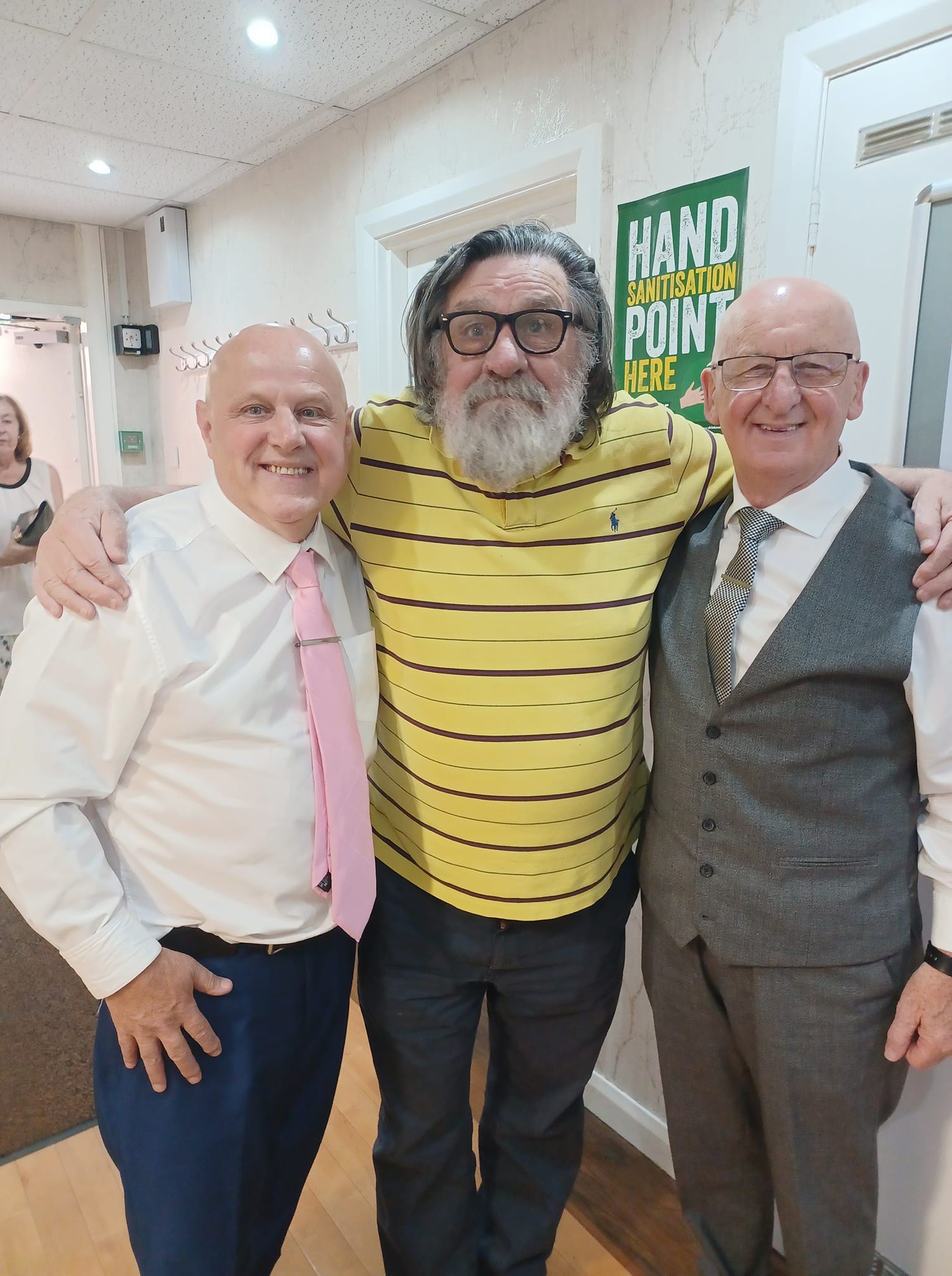 Ted summarised: “There are many great events and projects out there for people to get involved in, from dancing to entertainment to days out and trips away. The key thing is to make people aware of these things — even if it means knocking on doors and telling them. Nobody should live life hidden away from the world and lonely.”

To get involved with modern jive, Happy Memories or any other event contact Ted on 07941 473318 or email [email protected]