Meet the accidental TikTok star who’s tipped to be Merseyside’s biggest breakthrough artist - The Guide Liverpool
Contact Us Advertise with The Guide Our Video Services Follow us:

With a performance at the Royal Albert Hall already under his belt, you might be surprised if you don’t know the name Michael Aldag.

But the West Kirby singer and songwriter was only 11 at the time, and he says: “All I was interested in was how long it would be until it was all over and we could go to Pizza Express!

“It’s criminal I had no grasp on how impressive it was to be there.”

It was the Liverpool Philharmonic Youth Choir which took him to the prestigious London venue with songs by Benjamin Britten, but now Michael, 19, has found his own voice along with a record deal with 3 Beat Records (part of Universal).

He’s recently released Trust Funds and has a new song, Tonsilitis, coming out in July – and he’s the latest Merseyside musician who’s breaking onto the music scene, and creating a LOT of a stir.

“There will be more releases later this year and hopefully an album early next year,” he says.

“I’d love to headline Glastonbury and in the next couple of years do a stadium tour.

“That’s the dream anyway. Playing my music to as many people as want to hear it and making a living off it.” 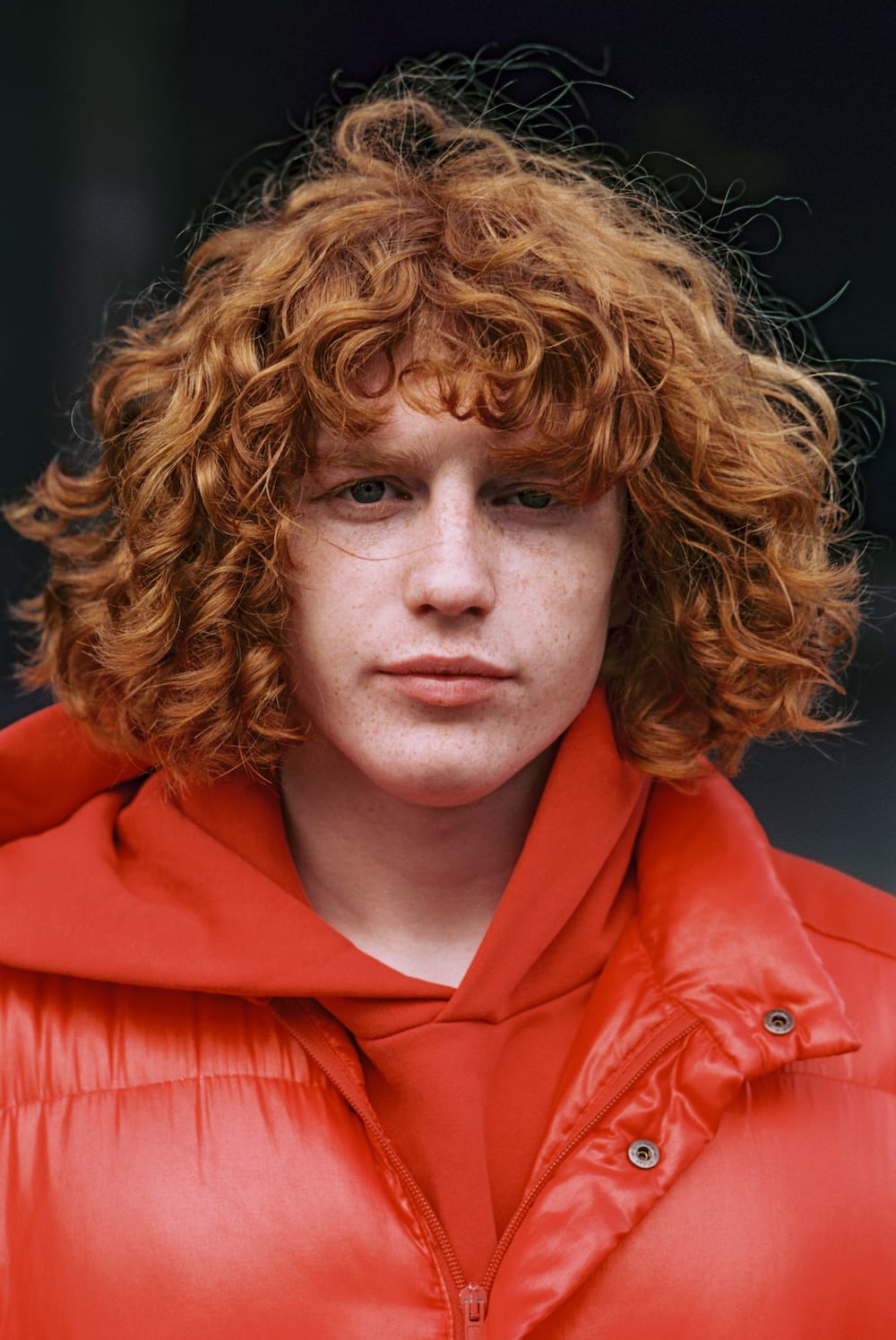 The son of a lawyer and an accountant – mum Catherine is the legal eagle and dad Colin the numbers man – it’s surprising he’s not gone down the academic route, especially given that he did ‘okay’ at Calday Grange and West Kirby Grammar Schools (As and Bs for GCSEs and As at A level!).

But he’s delighted to say his parents have always backed his choices and supported his musical ambitions.

“I wasn’t forced down the academic route and music has been my plan A ever since I was little,” he says. “You don’t know how you’re going to do it but it’s always been in the back of my mind.

“I was about 14 when I started writing my own songs and getting it all together.  When I was writing songs I realised I could sound a lot more mature than I did when I was speaking and it felt like a bit of a super power in that sense – it still does!

“When you’re 14 you’re not taken that seriously but I wrote songs and played them to my parents and got a good response and I was like, wow, this is a really cool thing to be able to do.”

From then he ‘Hoovered up Liverpool’s talent development projects’, getting a place on the city’s branch of the Levi’s Music Project, which saw him performing at fashion launches in Brussels and Barcelona, and a spot at the LIMF Academy.

Michael, who quit his pop music degree at Liverpool University when he got his record deal,  describes his music as electro pop, using synthesizes to create the sounds after trying acoustic guitar and discovering it wasn’t for him. He grins: “I just thought, what am I doing fiddling around with a guitar in the hope of sounding half decent when I could just press a key on a synth and sound instantly amazing?”

He blew his savings on a MIDI keyboard, microphone and pop filter and that was pretty much it. He writes from experience, finding it cathartic, and there’s a maturity in his lyrics: “It’s helpful…with some of the heartbreak songs you save face,” he admits. “You don’t have to vent to people you might not trust that much.

“I remember when I started writing I was determined not to sound like a cliché – I’m not sure I even knew what the word meant – but everybody’s had heartbreak. You write about what’s happened to you, but you try to say it in a way that’s honest and personable.  You’re trying not to pretend.

“I used to say my music was anthemic – The Killers are a big influence – because I try to create feelings of raw emotion and melodrama. It’s deep and heartfelt but it can be playful too, and a bit tongue in cheek.”

Michael clearly has a sense of humour and that has already found its way onto the world ‘stage’.

The #Euros have arrived & Baltic Beer Garden is the perfect place to catch all the action this Summer. ☀️ Experience a HUGE LED screen, loads of outdoor tables and a great atmosphere!

Music fame might be just around the corner for Michael, who has two sisters Roisin, 15, and Catie, 17, but he’s already achieved celebrity on TikTok, for which he has more than 500,000 followers of his funny and light-hearted videos.

“TikTok was a freak accident. I started TikTok during lockdown when I was working at a local spa checking pensioners’ temperatures and during one break I sat down, made a video and people liked it – so I kept doing it.

“It’s become a good way for me to promote my music so now the two things are not world’s apart, they meet in the middle.”

His family are ‘happy it’s going so well’ – a reward for them having to listen to him talking about his music 24/7, he jokes.

And now he’s hoping others will appreciate his music just as much. Smart, funny and self-effacing, Michael smiles as he says: “If you like hearing ginger boys whining over some synths, then you’re going to love me.”