Meet the Australian artist whose painting of Reds star Mo Salah caused a Twitter storm - The Guide Liverpool
Contact Us Advertise with The Guide Our Video Services Follow us:

Painting a picture of Reds star Mo Salah was a labour of love for Australian artist, Emily Marrocco, so she was astonished when a video of her creating the masterpiece of the ‘Egyptian King’ was shared across the globe – and even by Liverpool Football Club itself.

“The response to the painting was incredible,” says Emily. “I’ve been really fortunate with the feedback I’ve received on my artwork over the last year, but after sharing the Salah painting I couldn’t have expected – or prepared – myself for such an amazing response. 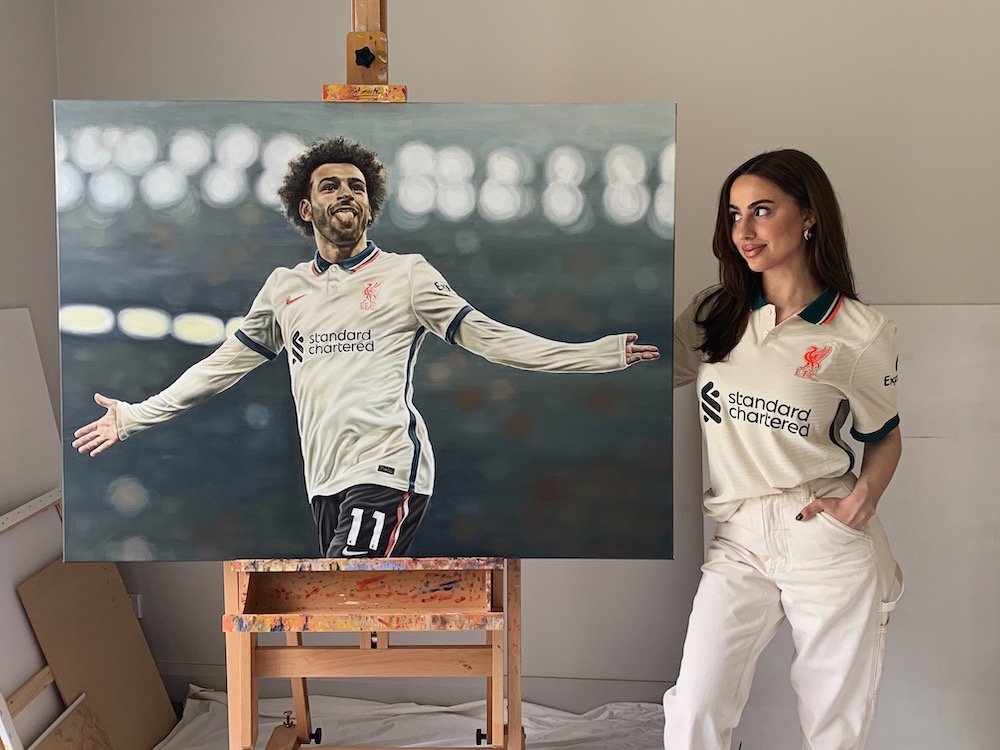 “Seeing the club share my work across socials was definitely a moment I won’t forget. To have the club you love support your artwork, and share it with the world, is truly an amazing feeling.”

And she adds: “If you told me a year ago my work would be featured on LFC’s social media there’s no way I’d have believed it, so it was a nice reminder of how far I’ve come and encouraged me to continue doing what I’m doing and achieve more of my goals.

“I received so many beautiful messages from Liverpool fans, and football fans in general. It means a lot to me that anyone would take the time to send me a message. Unfortunately, I didn’t hear from Mo Salah himself – I’m sure he would have been really busy with Afcon – but hopefully he did get to see it online!” 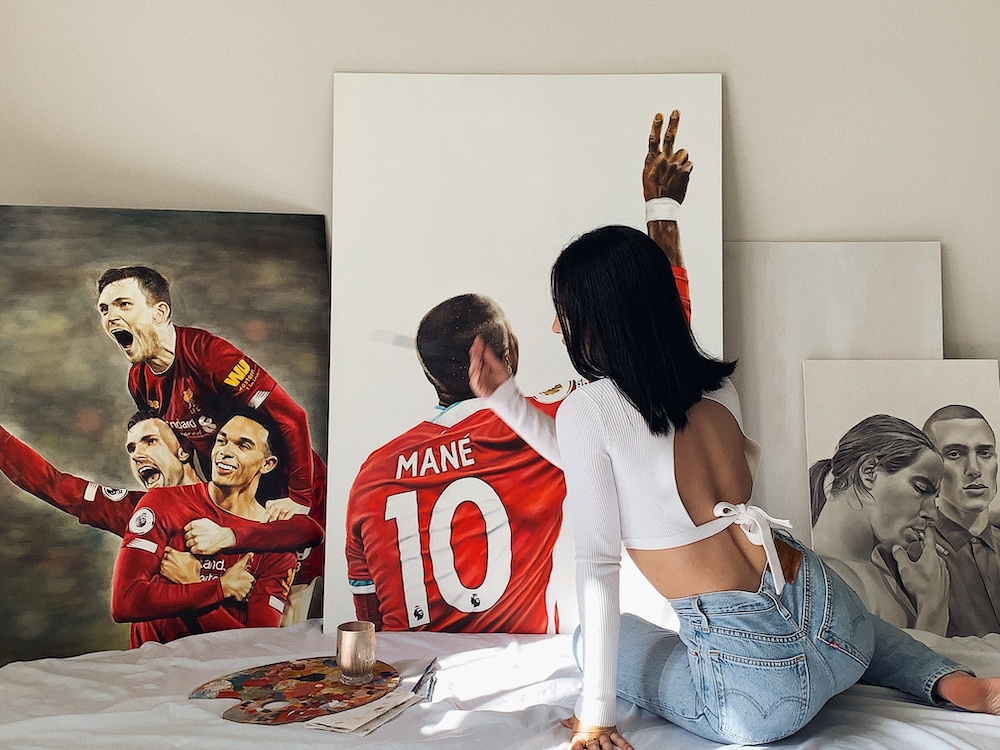 Processed with VSCO with a5 preset

The Salah portrait was the latest in a collection of paintings of Klopps’ players and a so-far defining moment in a career which began only a couple of years ago.

Emily, 24, from Melbourne, has been passionate about art from an early age and has drawn from being a child: “I initially started out with graphite/pencil portraits, but after finishing high school and getting into full-time work I started to neglect my artistic interests. 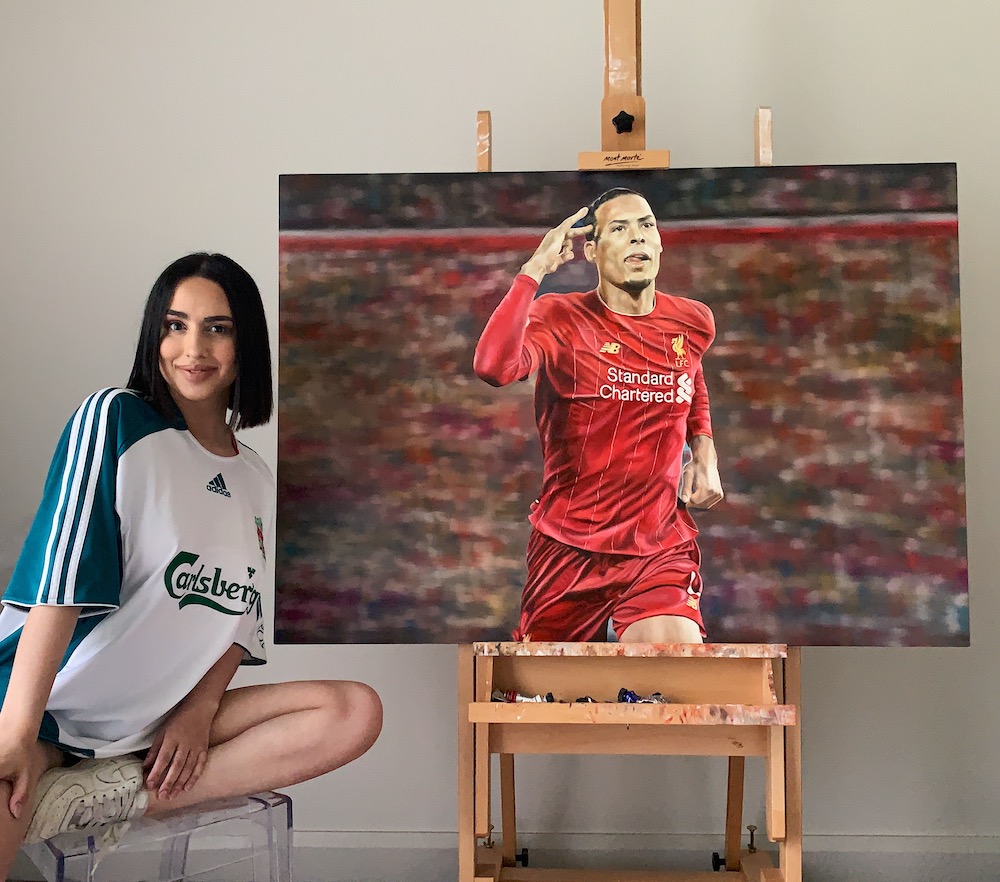 “I always wanted to give painting a try, but I was terrified of it not working out, or being bad at it, so I put it on the back burner. But toward the end of 2019 I had a close friend gift me some oil paints she didn’t need, so I figured I may as well just buy some art supplies and give it a try – and then I never really looked back!”

She started painting music and film related figures because it seemed like a ‘safer’ option but, being a Liverpool fan – ‘I started supporting them when I was in high school’ – Emily had always had the idea of capturing her team and its players on canvas.

“I was a bit nervous to tackle this kind of artwork because I knew it would involve capturing a lot more passion and emotion, which I was afraid I wouldn’t be able to accomplish. However, during lockdown, when Liverpool won the league, I was so excited about the title but couldn’t go out to celebrate, so I decided to just put all of my excitement into a painting. And that’s where the football artwork began! 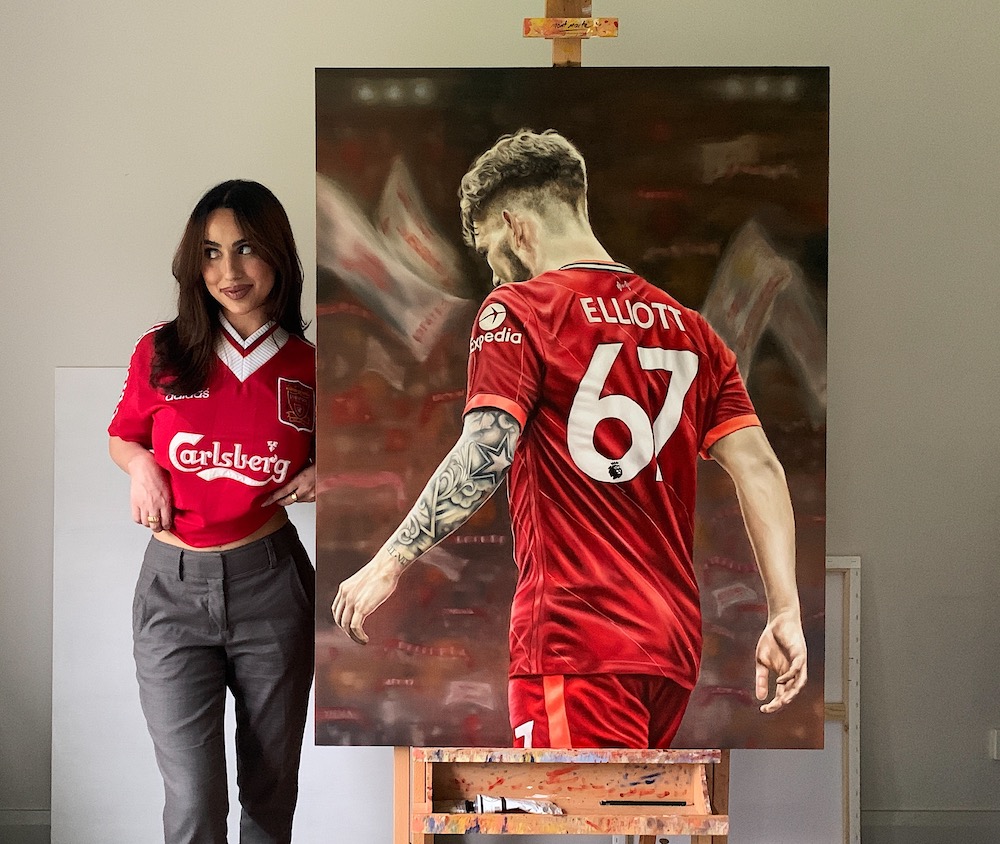 “At the time I completed the Liverpool painting I wasn’t using Twitter much, but a friend twisted my arm and convinced me to post it over there. Overnight it began circulating all over Twitter and was retweeted by Andy Robertson and liked by Trent. I ended up gaining quite a few followers on both Twitter and Instagram and was inspired to create a new painting whenever something memorable or exciting happened during a match.”

So far Emily has painted Trent Alexander-Arnold, Jordan Henderson, and Andy Robertson from the Leicester away game during the title-winning season; Virgil Van Dijk from that same season (vs Brighton at home); Sadio Mane doing a celebration for a Liverpool fan; Florrie volunteer and Reds’ supporter Lee Swan, Harvey Elliott, and, now, Mo Salah.

“Aside from football I really enjoy painting scenes from my favourite films, as well as my favourite musicians. I also love ancient history and art history so I also find myself inspired by sculptures or older famous artworks from different periods, but the paintings I do usually take about 90-150 hours to complete so finding the time to dedicate to other projects and ideas can be quite challenging.”

Top of Emily’s ‘to-do’ list now is a trip to the city. 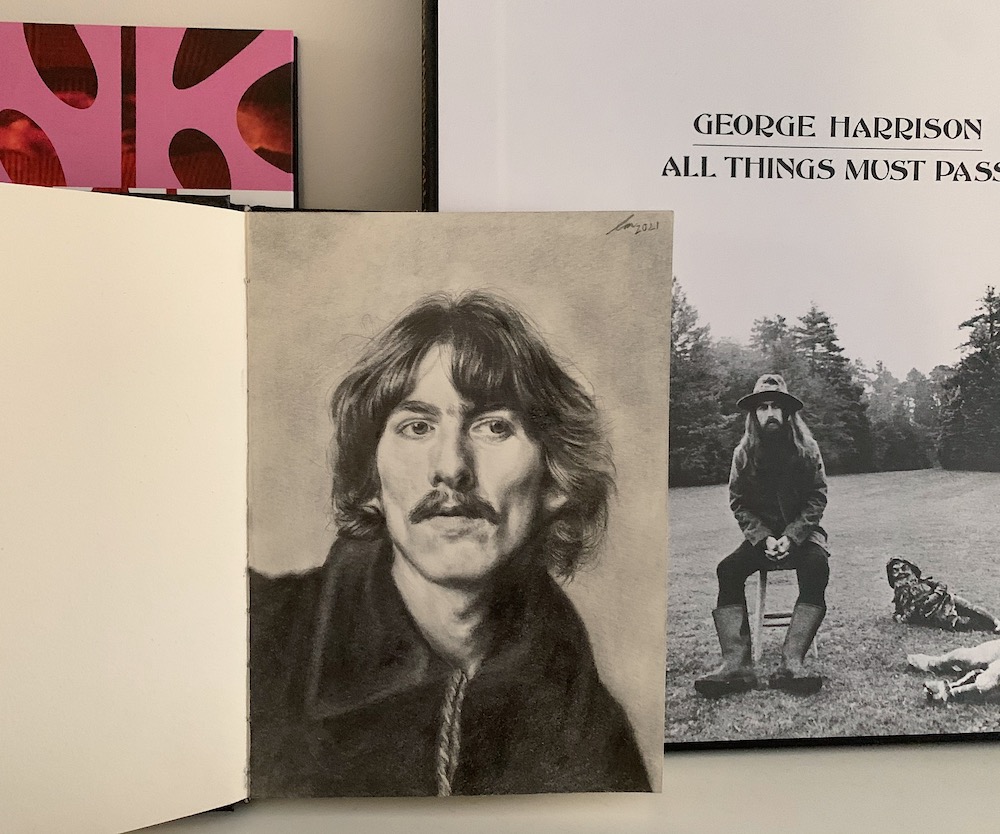 She says: “I would love to go to Liverpool. It’s been something I have been wanting to do for so long but, with the pandemic, have obviously had to put off.

“Now that we are able to travel again I am hoping to visit later this year! I have never been, so it would be a dream to visit Anfield for the first time for a stadium tour and, hopefully, find a way to get myself to a match!”