Meet the author whose Liverpool-based novel is set to be the summer blockbuster - The Guide Liverpool
Contact Us Advertise with The Guide Our Video Services Follow us:

Walking onto Crosby Beach, home to the famous iron men, was a strange experience for best-selling author Gillian McAllister: “Because I felt I was walking onto the set of my own book in a weird way,” she says.

“It was quite special because the book was written by then and I went to visit as soon as I could – Wrong Place Wrong Time was penned during lockdown – and it’s just beautiful isn’t it?

“It’s quite awe inspiring, there are so many statues, and the day I visited, it was early April, it was quite misty and moody – I think Crosby sort of is – and it was really very moving.”

Wrong Place Wrong Time is her seventh novel, and it has already been hailed as Gillian’s best yet.

Intricately plotted with mind-bending twists and turns, it’s an ingenious thriller that’s focused on a mother’s attempts to stop her son committing a murder – before it actually happens.

She witnesses the crime and, after her son is taken into police custody, falls asleep in despair. All seems lost until she wakes – and it is yesterday. Then she wakes again, and it is the day before yesterday. Every morning she wakes another day earlier, another day before the murder, with another chance to find an answer in the past.

Much of its inspiration and its setting was in Liverpool.

Gillian, 37, says: “It was the Another Place exhibition on Crosby Beach that provided, for me, the perfect metaphor, where my heroine goes to the beach completely distraught, she can’t figure out what’s happening to her life, and all of the statues looking out are an emblem of the multiverse that my book explores.

“As I was writing I knew I wanted it to be set near the sea, and the Antony Gormley installation popped into my head. I wanted to write about a city because there’s organised crime in the book that takes place primarily in cities, and when I saw the installation was Crosby, I took a walk on Google Maps and it ticked every box. 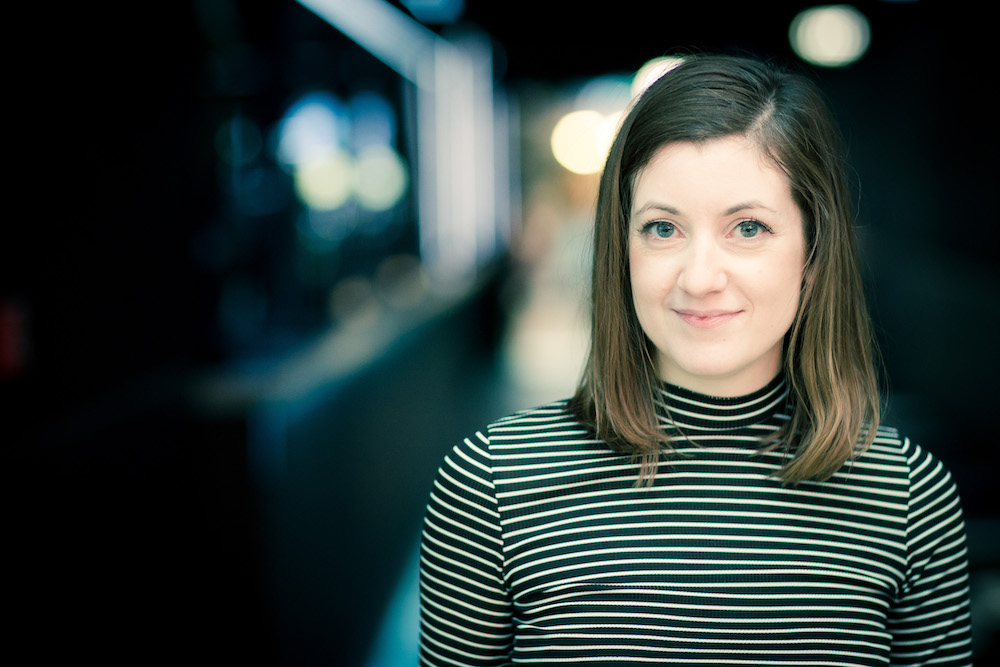 “It was so perfect to me, those iron, motionless statues, that I just decided to set it there. It became quite fortuitous because my book relies on a cartel, so it needed a port, and I read the other day of timeslips happening on Bold Street in Liverpool – which made me smile when I saw it – and it all came together like a strange symphony.”

“And I have been up again since to my now second home,” she smiles.

Gillian doesn’t always get so embroiled or immersed in the places she sets her novels, but she says: “Liverpool is particularly special and people that are from Liverpool will read about something set in Liverpool because it’s in Liverpool, because of how much they love their city which I think is fairly unusual.

“I think not all city identities have that strong core.

“I have named streets so that people who read it can take a walk where my heroine goes. A significant location is Esher Road North in Crosby, where she witnesses something else, so you could do a little walking tour.  That would be so cool!”

A former solicitor who had always wanted to write – ‘I wrote my first novel when I was 12’ – her legal background has provided her with the stories and experiences that have influenced her career as a crime writer, and an authenticity that gives it credibility.

But Midlands-born Gillian says they are as much about the families and relationships within them.

In Wrong Place Wrong Time she was intrigued by the relationship between the mother and son: “I am not a parent yet so there’s a bit of imagining that takes place there with me, but I find parenthood quite fascinating to write about, that without exception every parent I have met has said they would sacrifice themselves for their child.

“It was compelling for me to write about a mother who would do that for her son.

“So Wrong Place Wrong Time is essentially a love story, dressed up as a thriller.”

Wrong Place Wrong Time by Gillian McAllister is out on May 12, published by Penguin Michael Joseph, £14.99.

Gillian will be signing copies of the book in Waterstones, Liverpool ONE, in June (Date to be confirmed).