Meet the Liverpool cake artist who created the incredible sponge sculpture of Captain Tom Moore - The Guide Liverpool
Contact Us Advertise with The Guide Our Video Services Follow us:

A cake artist from Liverpool has created an incredible likeness of Captain Tom Moore as a tribute to the nation’s favourite fund-raising centenarian.

Leanne Harry, who lives in Mossley Hill, spent 20 hours, working from the early hours of the morning, crafting the remarkable replica out of vanilla sponge, chocolate ganache and icing.

Mum-of-two Leanne decided to make the 14-inch high cake sculpture after asking her Instagram followers to suggest their favourite subject. 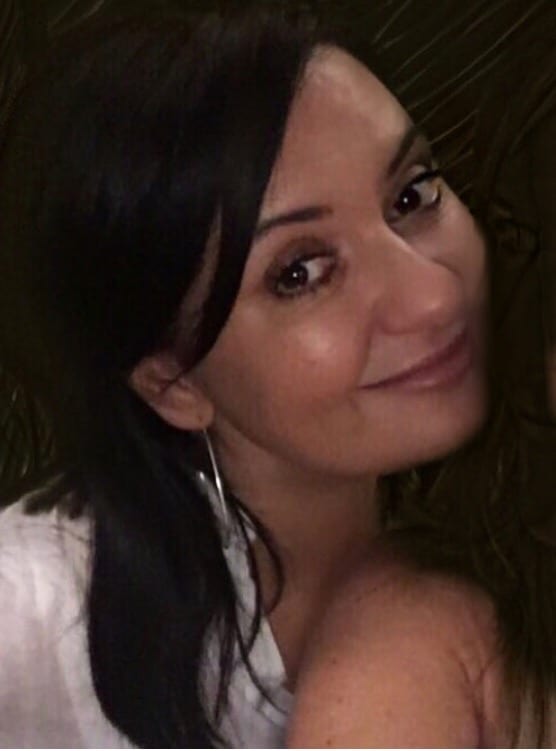 She had already made a lifelike sponge version of Labour politician Aneurin Bevan, the man responsible for establishing the NHS, to raise funds for frontline health workers. 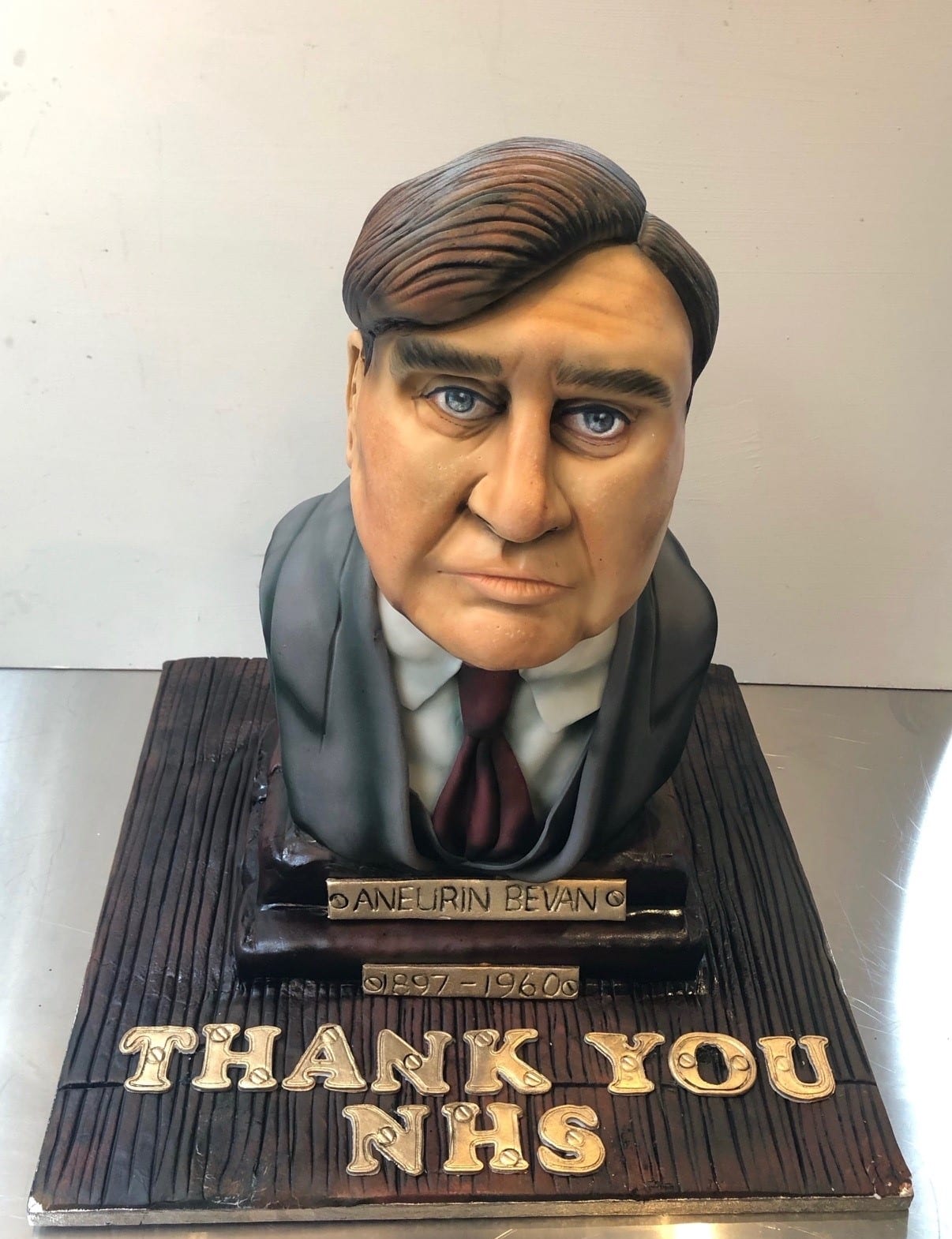 “I didn’t know who to do next, so I asked for ideas,” says Leanne. “A few people said Piers Morgan and Donald Trump because they liked the idea of cutting into their heads and I got a few Lady Gaga, but then everyone went crazy for Captain Tom. He was easily number one on the vote and because I was raising money for the NHS and so was he, it made sense.”

The 47-year-old, who runs her own creative cake business Kake by Leanne Harry, says she started it at teatime one evening then couldn’t wait to finish it.

“I went to bed about 11pm and I was thinking about it all night so I got up at 4am to start the next morning and worked all the way through to about 9pm that night! 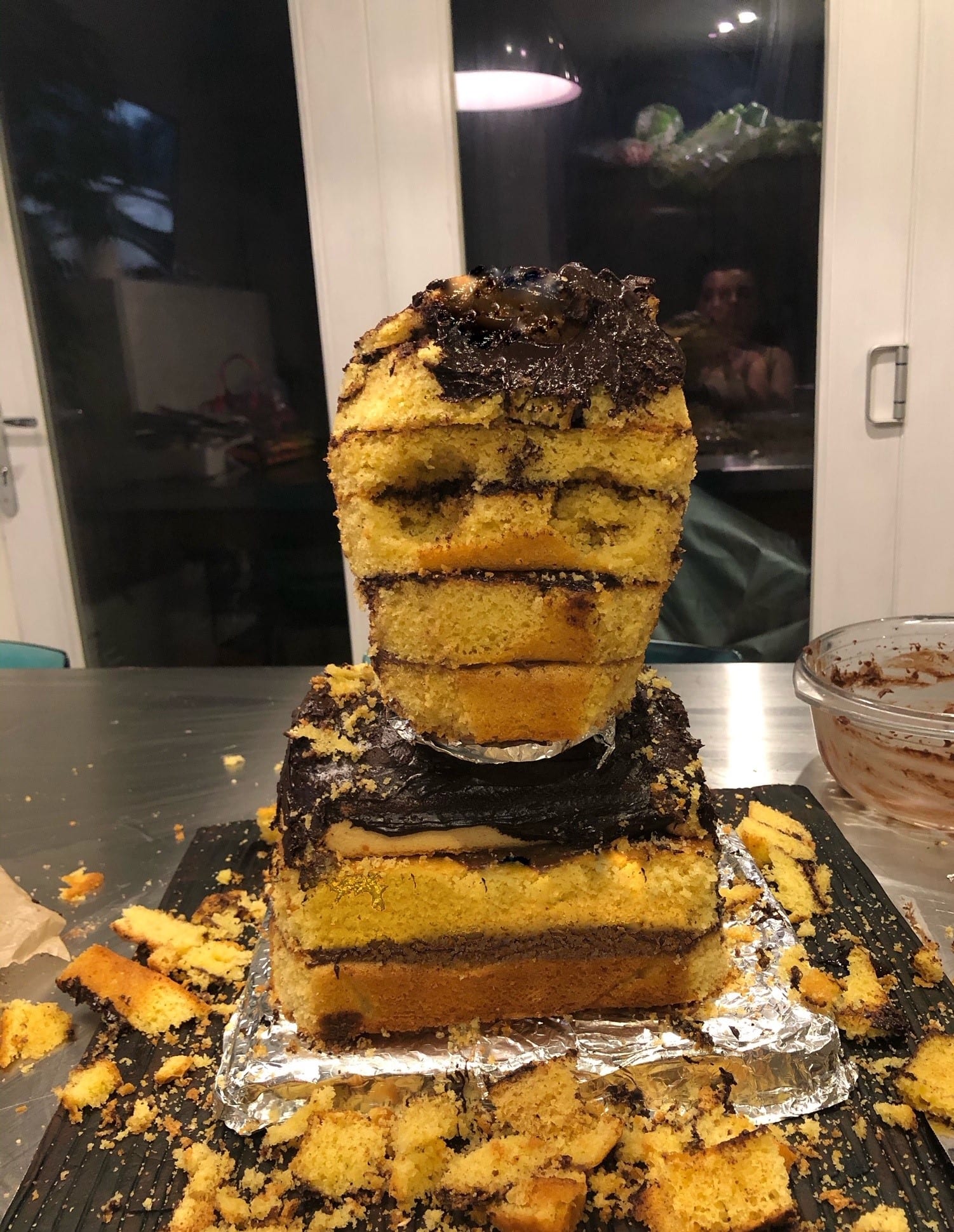 “The most difficult part was getting his features just right because I had to work from lots of different photos. You can’t just do it from one angle if you’re making a three-dimensional model so I had to find photos taken for every one.”

Leanne admits she was nervous about the end result, especially as this is only her second cake sculpture. 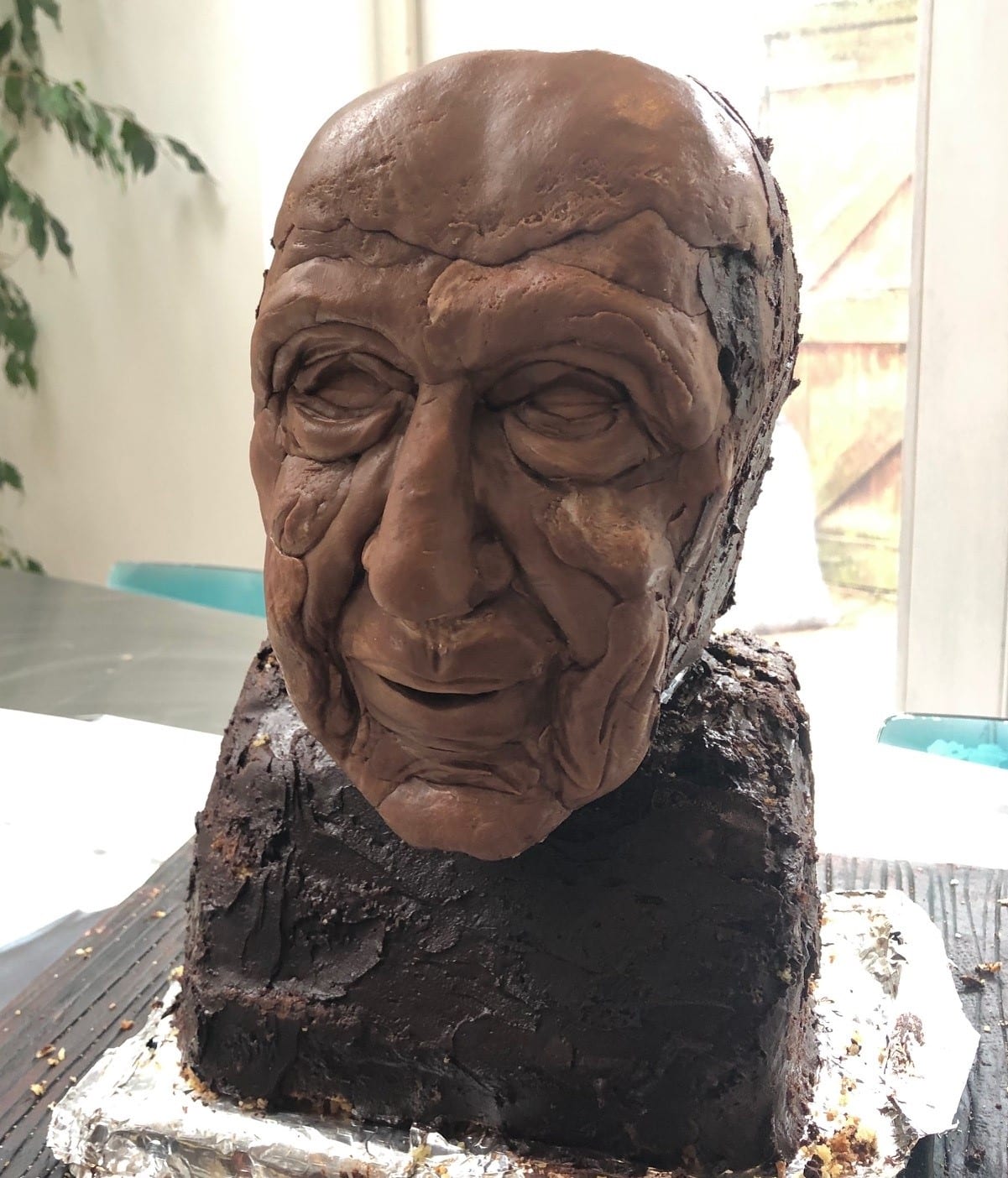 A professional make-up artist by trade, she worked in TV for many years on shows including C4 soap Hollyoaks before she discovered a love and a talent for cake decoration.

“There was a programme on TV about two years ago called Extreme Cake Makers and it was about people all over Britain making these huge elaborate cakes for events,” she recalls. 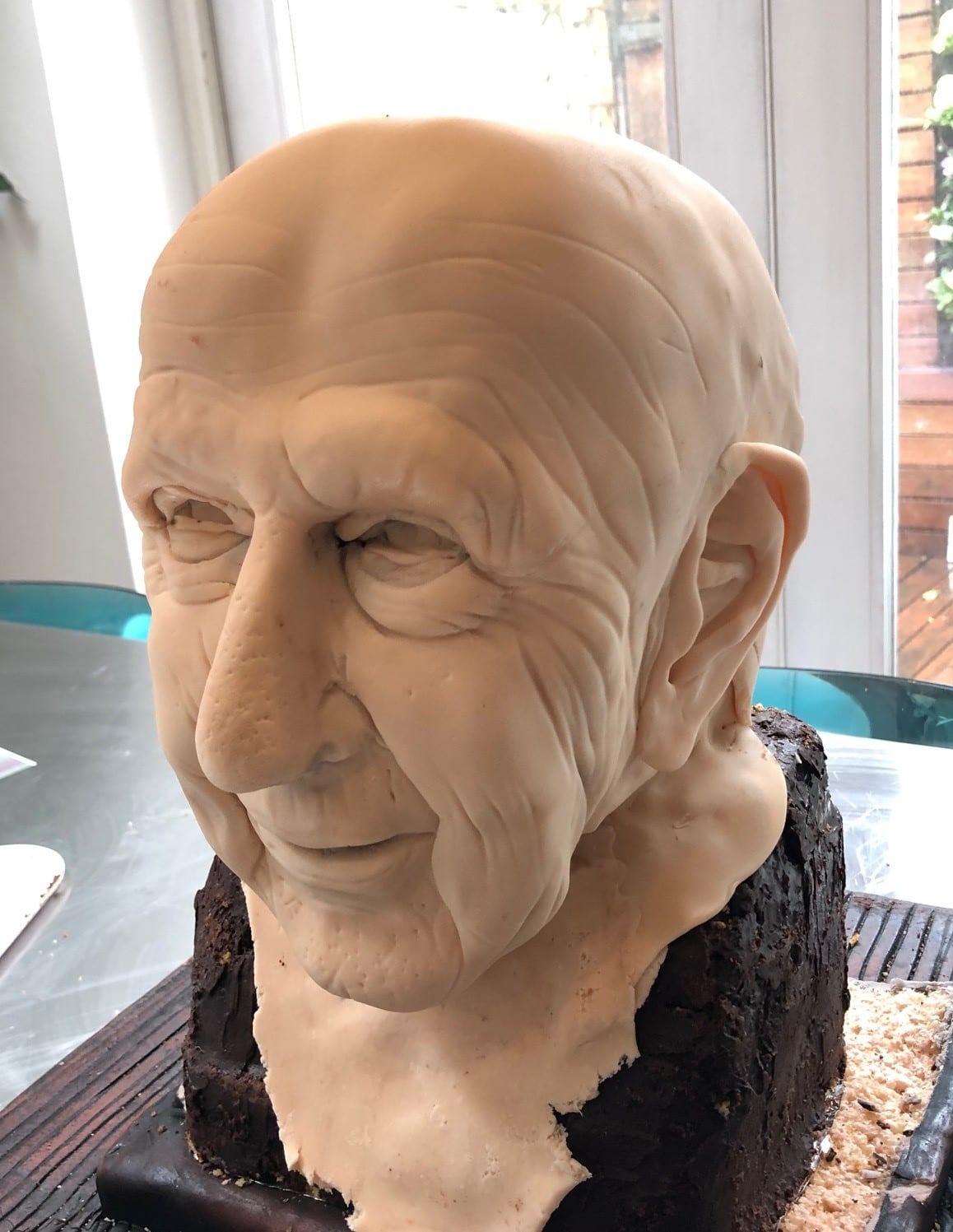 “I was watching that and really liked the idea of it so I thought I’d give it a go. I wasn’t a baker, I’ve only just started baking myself, before I was just decorating and buying in the sponges.

“I knew I was OK at creating things, what I wasn’t really sure about at the beginning was the products to use, the icing and modelling chocolate, and knowing how they worked.

“So I just got some icing and had a go and then I started an Instagram page and guy who’s part of a cake baking forum invited me to join their group. It’s for people who make cakes, all levels of experience, and if you’ve got a problem you can go on there and ask for advice. 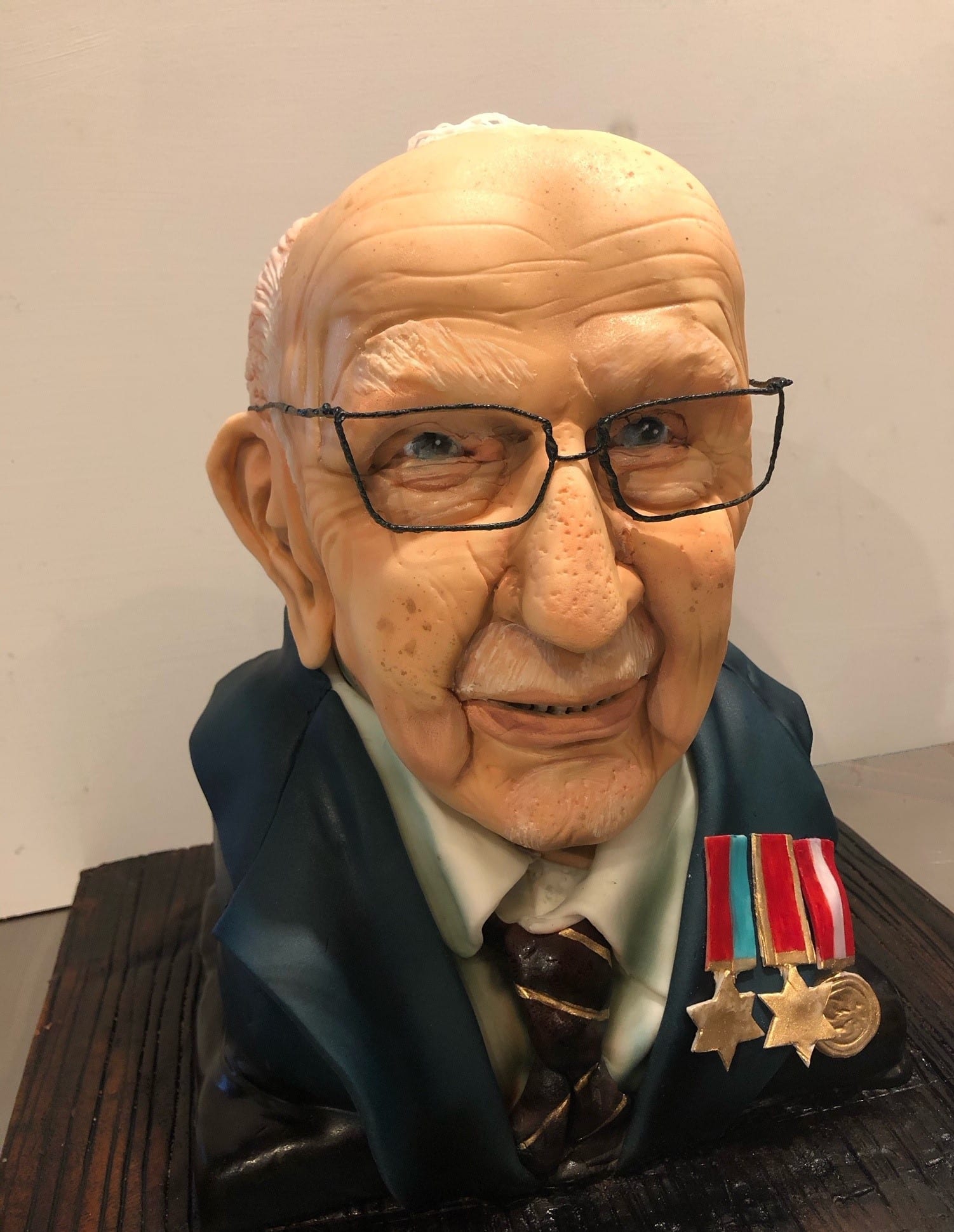 “That was how I learned more, and I watched videos on YouTube too and adapted some techniques from there.”

With her make-up shop currently on lockdown, Leanne has been baking alongside her 13-year-old daughter Maddie, who’s also started her own business Maddie’s Munchies.

Leanne got in touch with the grandson of Captain Tom – now Colonel Tom in honour of the £32million+ he’s raised for the NHS – via social media, and sent him a photo of the cake before donating it to the Tom Harrison house for veterans in Liverpool.