Meet the Liverpool City Region COVID Heroes who are making a difference in 2021 - The Guide Liverpool
Contact Us Advertise with The Guide Our Video Services Follow us:

It’s been rough on everyone, but the one big positive to come out of the pandemic has been it’s made us really appreciate the impact key workers have on all our lives.

Obviously, our NHS staff have been amazing during the crisis, but we couldn’t have got through without so many other people too – from our emergency services, to posties, supermarket staff, care workers, teachers, funeral directors and charities who’ve been tireless in supporting the most vulnerable.

You can suggest a Liverpool City Region Covid Hero by emailing us [email protected]. Just tell us who they are, what they do and don’t forget to send a picture too.

A big, big thank you to all our Covid heroes … 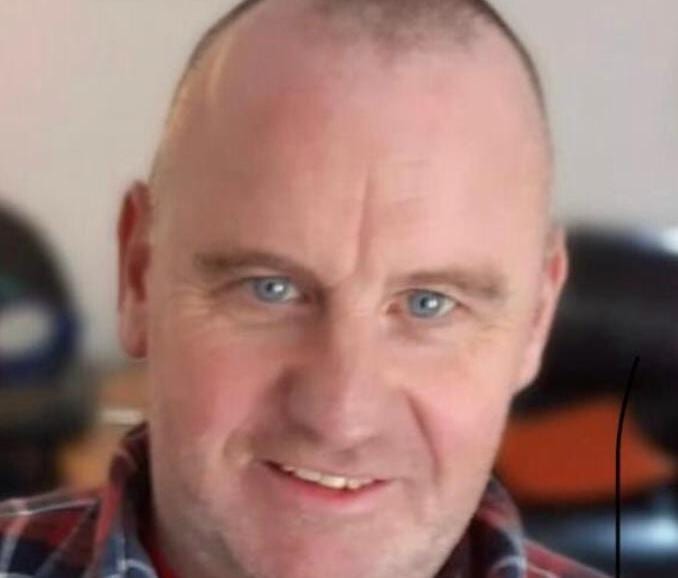 Wayne Goldstein is a man who has been in recovery from drug and alcohol addiction for 16 months. He came to live at Vitality Homes recovery living centre as a resident.

Wayne worked so hard at his recovery and after just a few months it was very clear that he had become stable with his mental health and his addiction recovery. He was completely abstinent from all mood altering substances and was also not on any prescribed medications either. He was doing so well that we created a voluntary role for him and he became the house custodian and senior peer at the house. So in effect he became the first line of contact for up to 17 men who live there. He inspired and motivated the other residents to have the freedom and peace of mind that he had worked so hard to get.

Wayne also worked hard with his family too and was able to reconnect with his children, who now see him as a fantastic role model. At the same time as Wayne was getting more and more mentally and emotionally well in recovery, he had other family members and friends who were becoming increasingly unwell with their own demons. So Wayne was called on to support them too.

At the end of March 2020 the 2 key staff at DJK House (managed by Vitality Homes) fell ill with Covid, one of whom was very ill in hospital whilst the other one was able to remain at home. Fortunately there had been a Covid 19 policy written just the week earlier and Wayne became the sole person to enact it.

So from being an inspirational resident to a volunteer role at the house he was suddenly and urgently called upon to take the lead in managing all the support given to the men at the house during lockdown, whilst the two other staff members were ill with Covid.

Wayne checked in with all the residents each day, he organised deliveries of food for them all and hosted group sessions with them in the community room. He liaised with people in the community to ensure that peoples medications were delivered and that everyone had access to freshly prepared food and toiletries. He also attended Zoom meetings with all the men so that they could continue accessing support the whole time the two main staff were out of action.

Wayne ensured everyones safety during that period and provided all residents with donations of PPE and sanitiser and made sure each of the residents rooms were deep cleaned on a regular basis and that each resident undertook to be part of a rota of support for each other and a rota of taking on roles of cleaning and cooking. Ultimately he pulled everyone together and created such an amazing community atmosphere that the men who lived there during lockdown all thrived and all maintained their sobriety and abstinence. Waynes leadership no doubt saved lives until the staff returned to work!!! 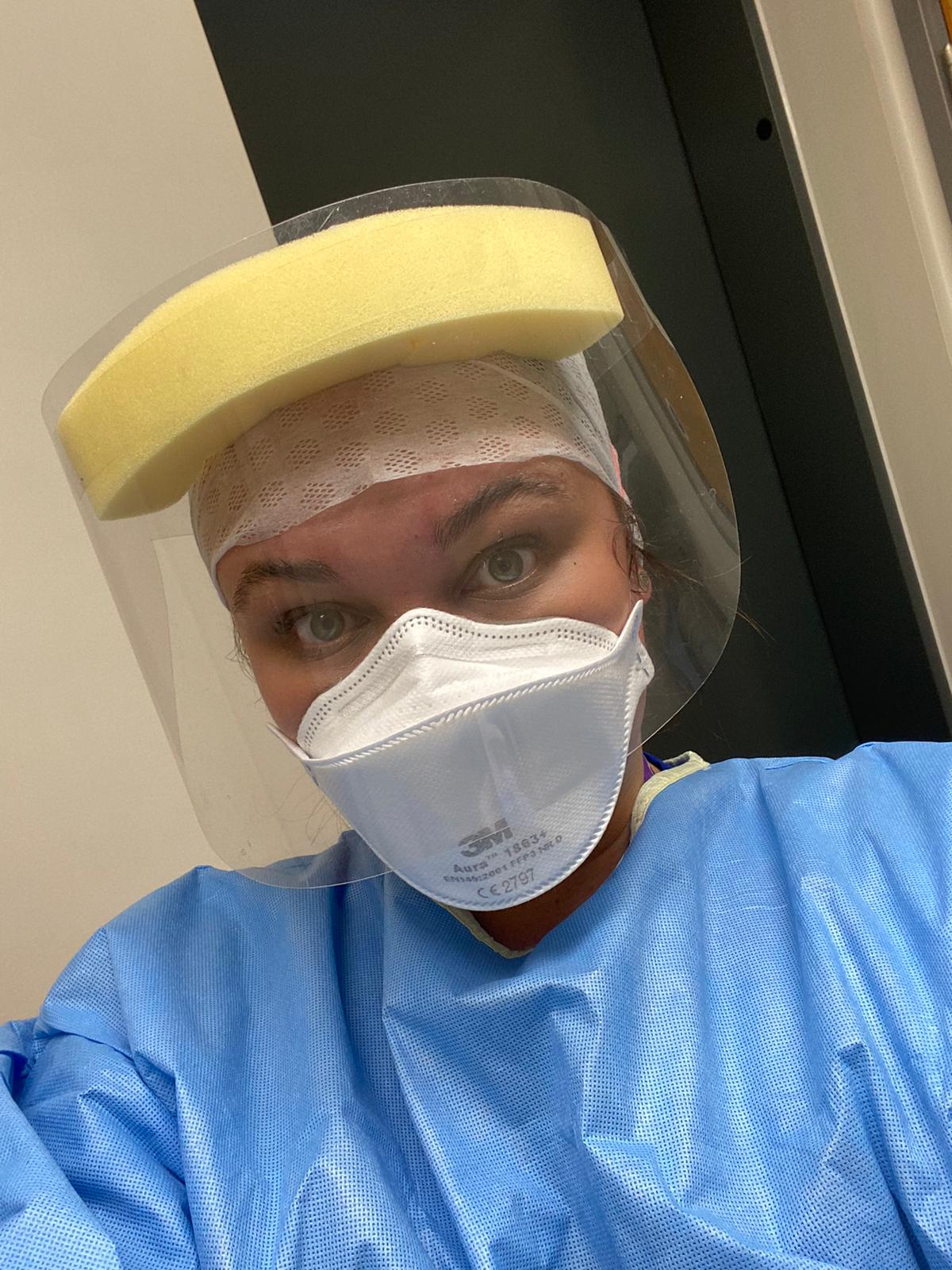 A nomination from Helen Farrel (Auntie of Lauren)
Lauren was a 3rd year student nurse at the start of the pandemic in March last year. Her group placements and uni attendance was put on hold.
He cohort were then asked to volunteer on the covid wards and would be working on the frontline alongside qualified staff.
Lauren volunteered and we were and are so proud of her.
Lauren was placed in Liverpool Heart & Chest unit where she had previously completed placements.
Lauren, like others on the frontline had to endure long shifts wearing PPE which made her skin sore & painful at times.
Lauren achieved her qualification during the pandemic and although she was not able to celebrate het achievement with her cohort in September she did achieve her goal of gaining a full time position within the unit as a qualified nurse in critical care. 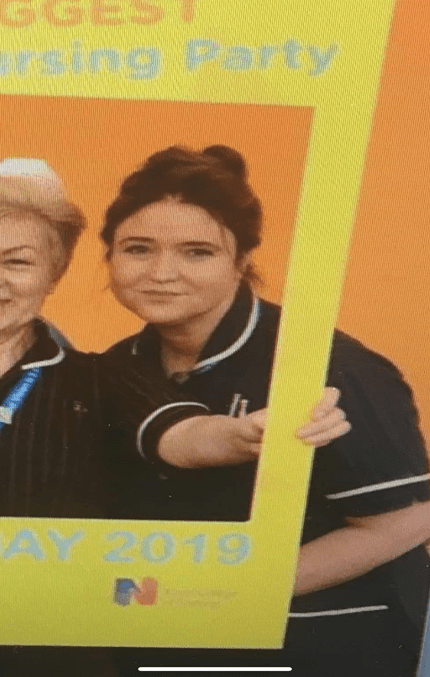 Jenny Hardaker is a Matron on Sanderson Suite at St. Helens and Knowsley NHS Trust.

She has been a Matron for just over one year and has had to deal with situations and issues that would be a challenge for a much more experienced matron.

Throughout the pandemic, she has been instrumental in maintaining surgical activity and outpatients clinics across the St. Helens site. This has including transforming an elective day-case surgical unit into a cancer-hub during the first wave.

She is a reliable member of the team and always willing to go that extra mile in order to make things work.

She is a bit of a workaholic and never leaves her office until she is satisfied that she has done all that she can that day to make tomorrow better.

She is an unsung hero, working away in the background to facilitate the services that we must keep running to serve our population.

This nomination is from Caroline Yeoman who is a Nurse Clinician. 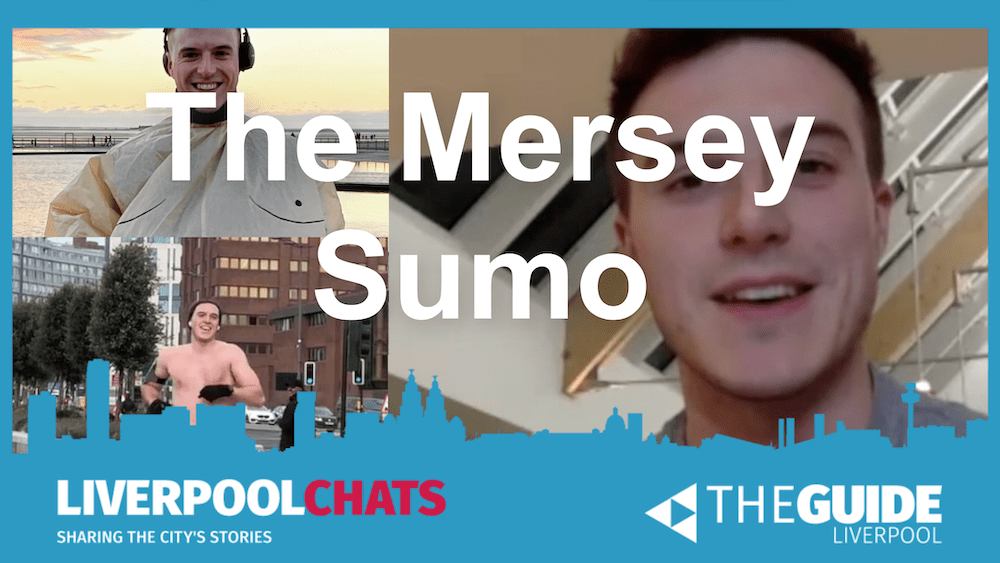 Dr. Howard Stringer, 27, has taken on this incredible challenge and is raising money for CALM – Campaign Against Living Miserably – after seeing first-hand the implications on mental health during this pandemic.

After his long shifts, the Aintree University Hospital worker suits up in an inflatable ‘fancy dress’ sumo suit and runs, bringing smiles to those who happen to catch him running along the docks and around Merseyside. 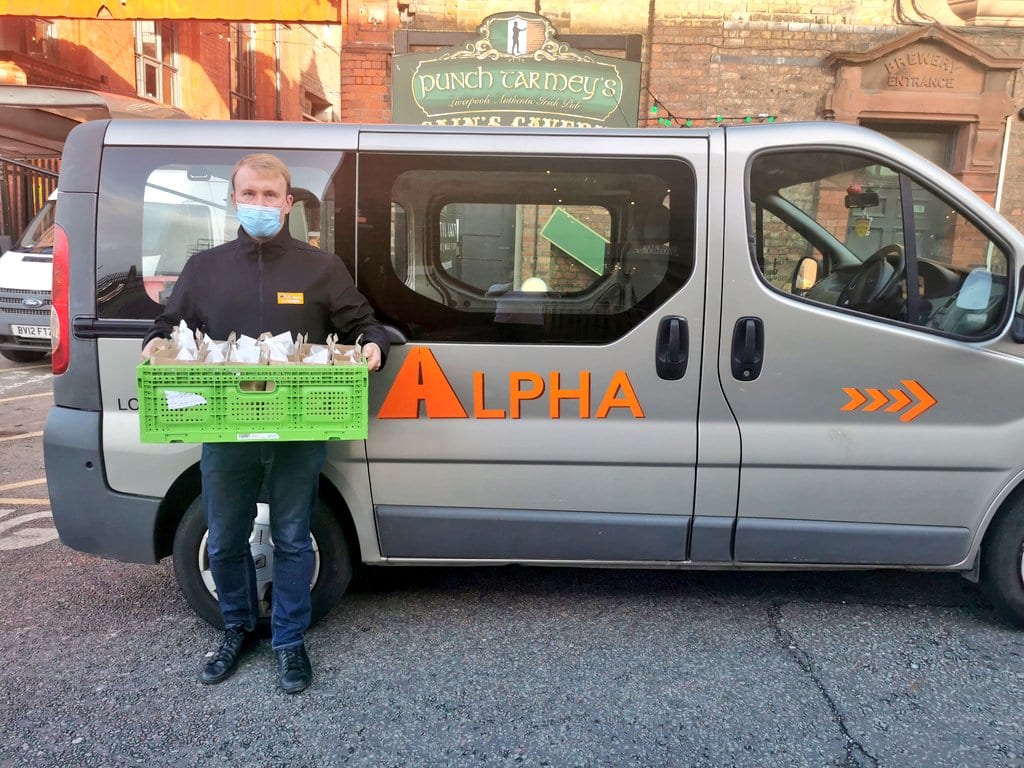 Throughout the pandemic Alpha Taxis has evolved to not only create a new delivery service for the city in Alpha Grab, but also supporting the local community and organisations like the Big Help Project, the LFC Foundation, Fans Supporting Foodbanks and Everton in the Community. The support continues in 2021 as over £7k in donations have just been dropped off and there are even more plans to support the city. 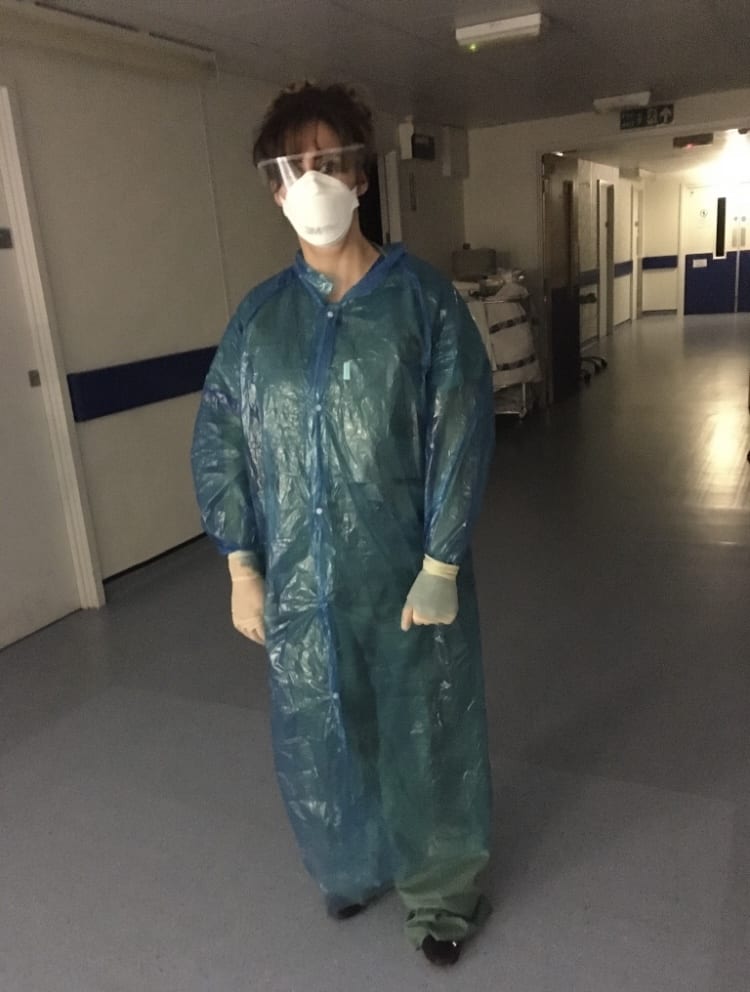 Derri Hayes is a respiratory nurse. Throughout Covid she’s worked on respiratory wards and ICU’s across Merseyside hospitals. Mainly Liverpool Heart and Chest and Southport Hospital.

For the past two weeks she’s spent five days a week vaccinating people against Covid during the day and on top of that has spent two nights a week going onto the wards to help Covid positive patients. 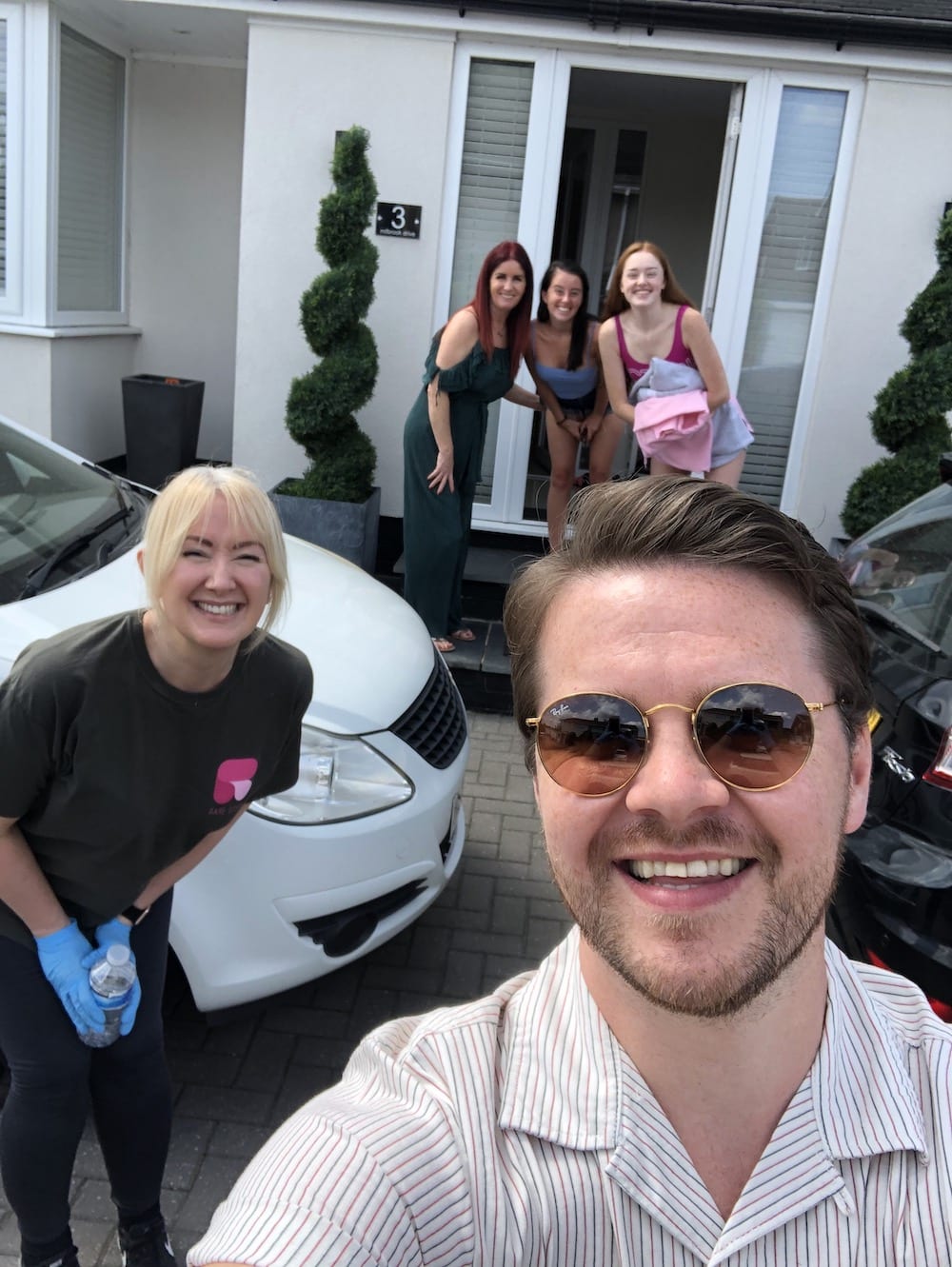 Lindsay and James have worked tirelessly on behalf of the students of Rare Studio and Rare School of Fashion and Art, keeping them all engaged with online teaching through lockdowns and providing a safe school environment for them to return to a full timetable in September. They even carried out welfare visits to students’ doorsteps to keep training standards and morale high! 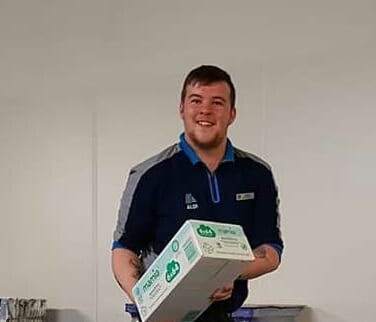 Chris Elliott is 25 and works as  an assistant manager in Aldi Old Swan.
Chris and the team at ALDI, Old Swan have worked throughout the pandemic, never missing a shift and enduing some very stressful days.
This nomination is from his mum Helen Farrel who says she is extremely proud of her son and the amazing work him and his team do on a daily basis. 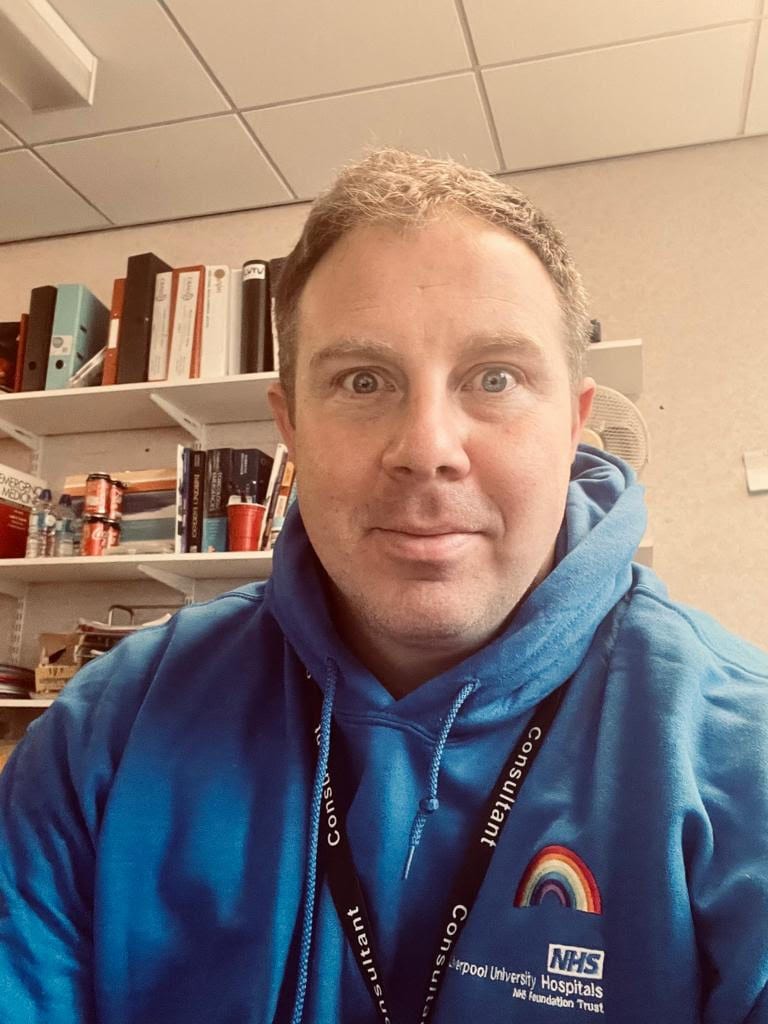 Terence Mcloughlin is a Consultant and has been working at A&E within Royal Liverpool University Hospital throughout the pandemic.

Alongside this, himself and his two colleagues Sarah and Gillian have been organising well-being initiatives for staff to help with their mental and physical health to combat stress during the crisis. This has included yoga and meditation sessions, talking therapies and visual aids.

This initiative has now extended to the Aintree Hospital. Staff well-being is paramount for the Acute & Emergency Care division across both the Royal and Aintree sites. 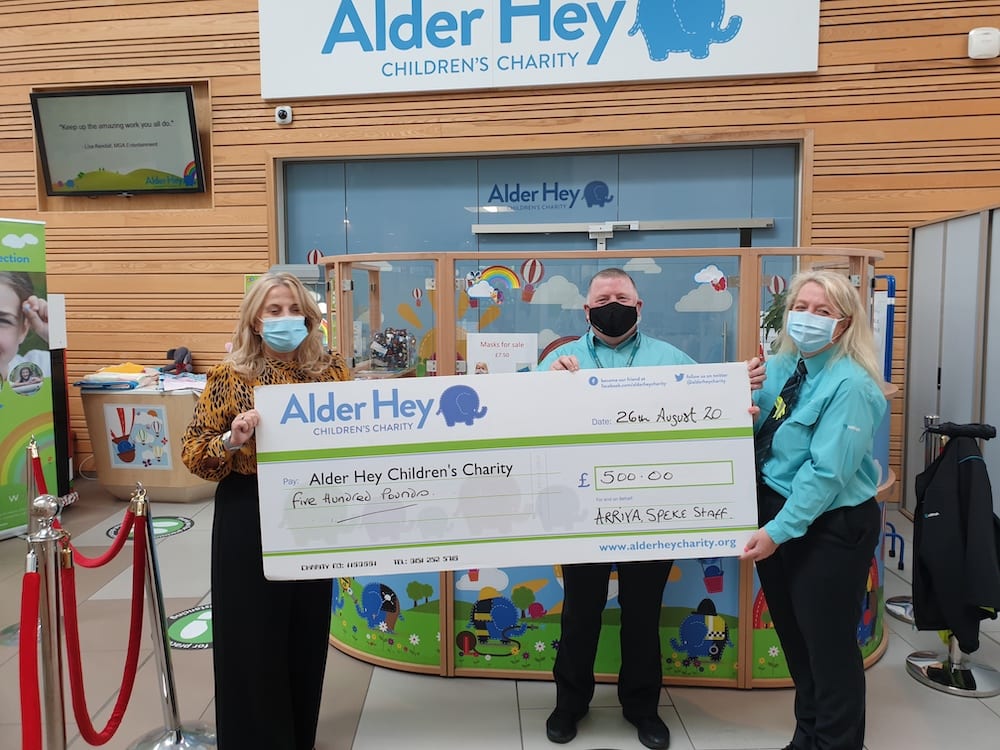 Kathy Crist is a bus driver for Arriva in Speke. Kathy has not only been driving key workers and the passengers around the city but she has also been using all of her free time, making hi-viz ribbons, selling them to colleagues, friends and family raising money to keep ambulance stations stocked with refreshments and a cash donation to Alder Hey children’s hospital.

Kathy is pictured right (above) at Alder Hey. 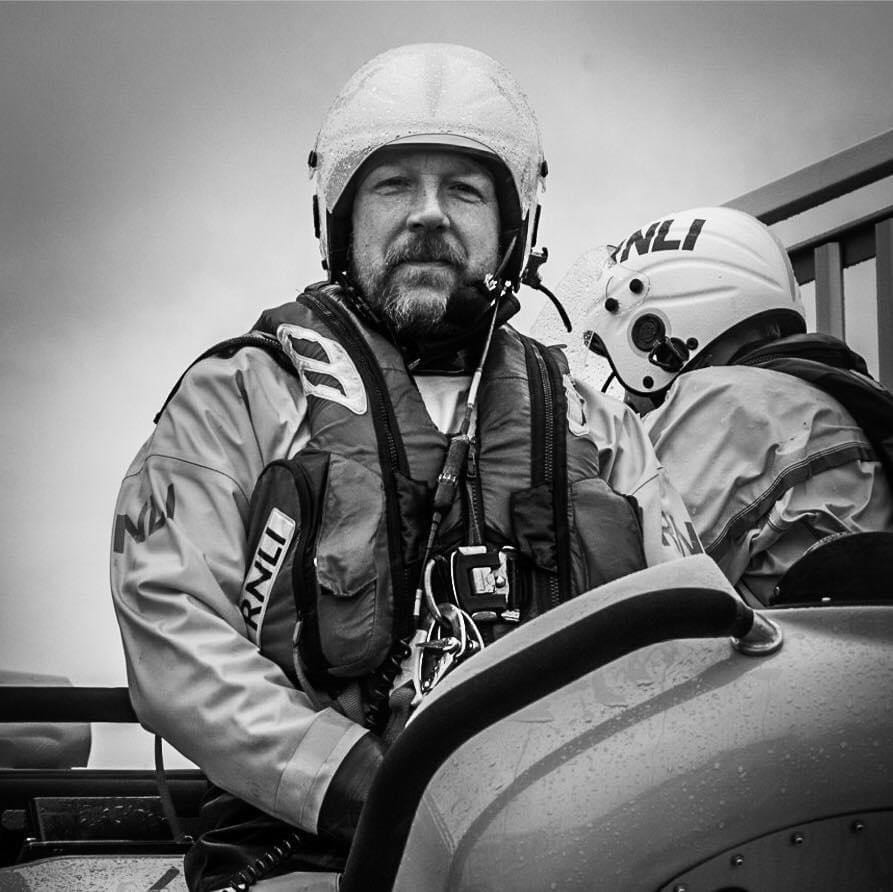 Mark Harding is a volunteer at New Brighton RNLI and has been on call throughout the pandemic whilst also home-schooling his kids.

Established in 1863 and located in the bustling seaside resort of New Brighton, RNLI operates a B class Atlantic 85 lifeboat. The crews have been presented with a remarkable 48 awards for gallantry. 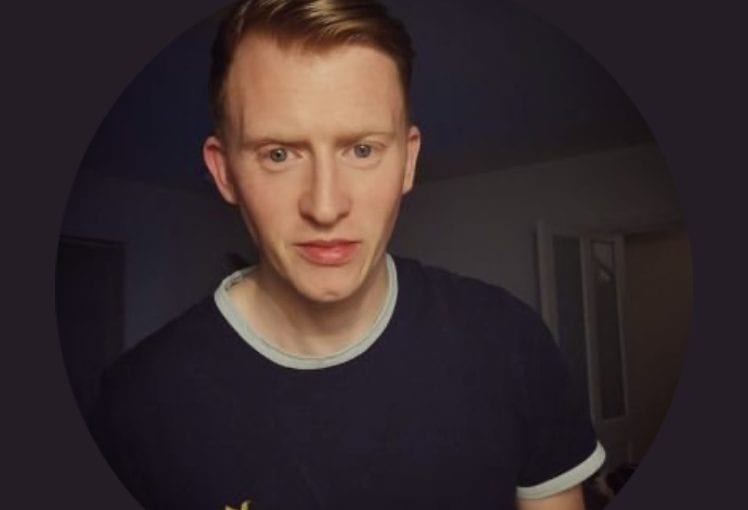 Paul has been doing shifts at hospitals across the city since the begininning of the pandemic. He qualified as a nurse two years ago, and as well as working on ICU with the sickest patients, he is studying for a Masters degree.
Friend Michelle says: “I know Paul has found it hard over the past year, but he is one of the unsung heroes of Liverpool who is there with people when they need support and comfort.”
Paul has been working at both Aintree and Broadgreen hospitals.