Meet the Liverpool macaron maker putting a Scouse twist on the French classic - The Guide Liverpool
Contact Us Advertise with The Guide Our Video Services Follow us:

When Kelly Maguire lost her job at the start of lockdown, she decided the time was right to start her own bakery business.

Even though she’d never actually made one before, the 30-year-old came up with the idea of creating her own brand of macarons.

But instead of the usual French classics, Kelly gave hers a Scouse twist – and that includes their name.

She launched Get Yer Macaron in the summer of 2020, swapping traditional flavours for something much more modern.

The response, and the rave reviews, have been so great that Kelly’s been able to expand what started online into a micro patisserie in Woolton Village.

And she says she’s well on her way to achieving her goal of making what used to be a posh special occasion buy into an everyday treat.

“I lost my job as a PA for a finance company in March 2020 because I’d only been there for four weeks so wasn’t able to be furloughed,” she explains.

“My background was in hospitality so I always knew that one day I’d have something of my own, I just didn’t know what that would be.

“When lockdown happened, I thought there’s no time like now. I used to see patisserie shops which always seemed empty and it felt like they were a little bit dated. They usually had a fancy French theme, always done the same, so I came up with the idea of making it more youthful. 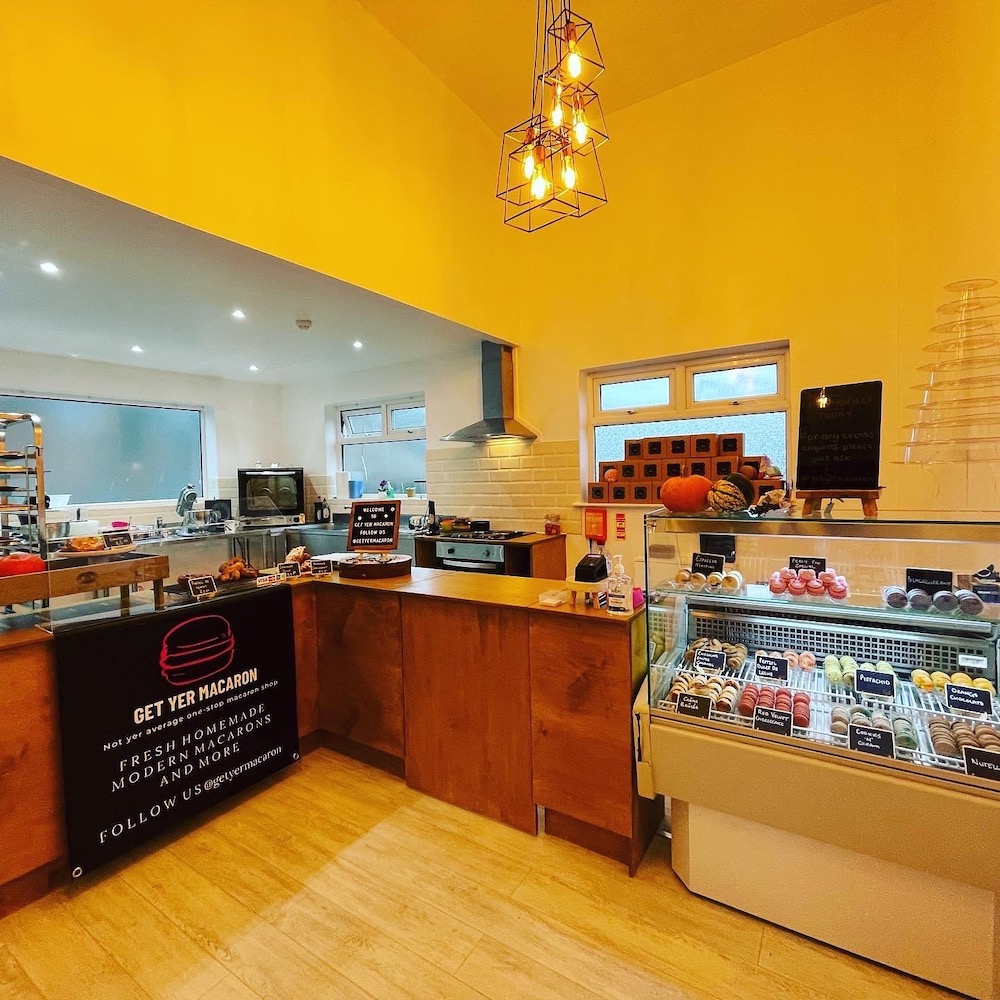 “Ladurée makes the most amazing macarons and people who go there want the nice surroundings and the pictures and they don’t mind paying extra for the experience. I wanted to create something like that but with a Scouse spin and make it a lot more current and on-trend.

“I love cooking and I’ve always baked but I really wanted to do something that hadn’t been done before. I’d never made a macaron so I taught myself the craft, I watched lots of tutorials, read patisserie books, and I follow some of the world’s best patisserie chefs and then started developing my flavours.”

Kelly’s first task was to come up with a name that instantly conveyed the unpretentious side of her business.

“I wanted to include some of the heritage of Liverpool, so I was just playing with the wording and thought of Get Yer Macaron. I did some market research and everyone loved it. People are intrigued by it, they might have a little laugh because of the name but it entices them to know more.”

She launched online, taking her macarons to makers markets around the north west to get the brand known and, with the help of word of mouth and some tasty-looking social media, the orders soon started pouring in. 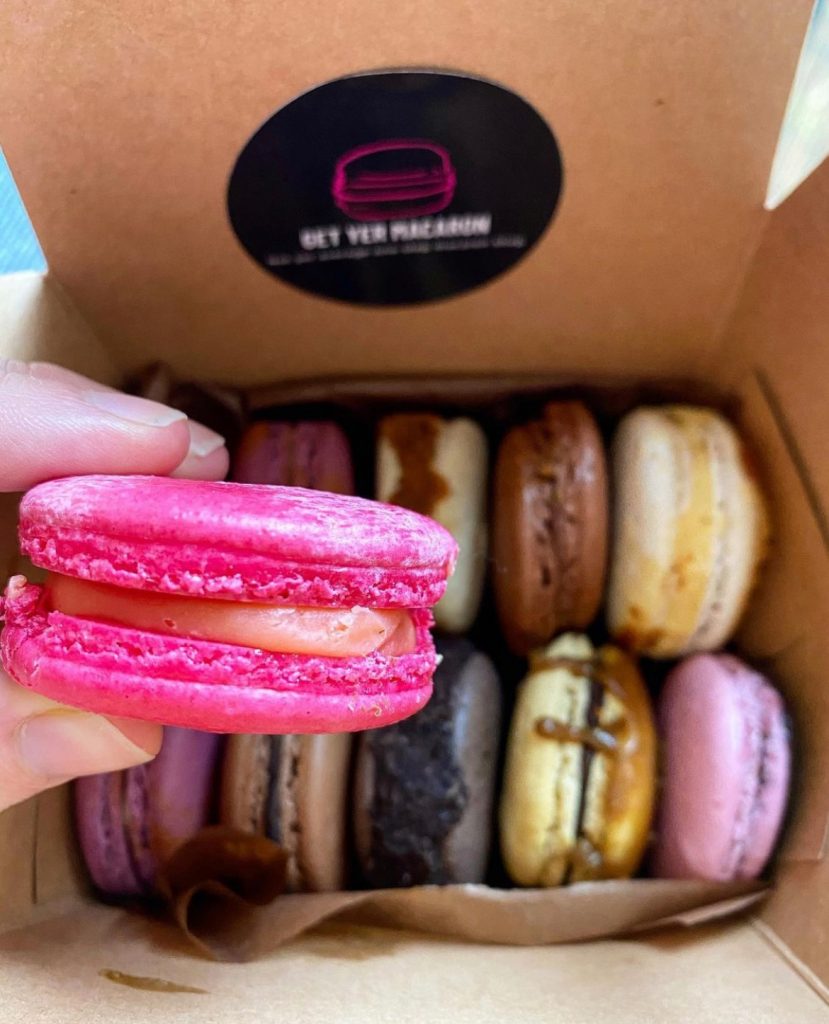 So much so that in October last year, when a retail unit became available in Woolton Village where Kelly’s from, she snapped it up to create her own micro patisserie.

She converted the space above the Istanbul restaurant, fitting it out with a full commercial kitchen, prep area, a counter for people to collect pre-orders and a display fridge where customers can come in and buy on the day.

Open Wednesday to Sunday, at the weekends she also offers a full pastry counter supporting other local independents including Plattsville Bakehouse and The Butterholic.

Since she opened the shop, Kelly says her business has really taken off. “It’s only been three months but in that time everyone’s been so supportive, loving the brand and loving the products.

“We got our first stockist in the Metquarter in the first month, Monkeyboard Coffee, and a month later Doll Beauty messaged us through Harvey Nichols because they wanted us to cater for their press launch at Beauty Bazaar.

“It’s still me who does every part of the business, including baking every single macaron myself, and we’re growing every week. I’m making about a thousand a week now, and I did 2,000 a week just before Christmas, so things have been really full-on and I’m definitely getting to where I want to be.” 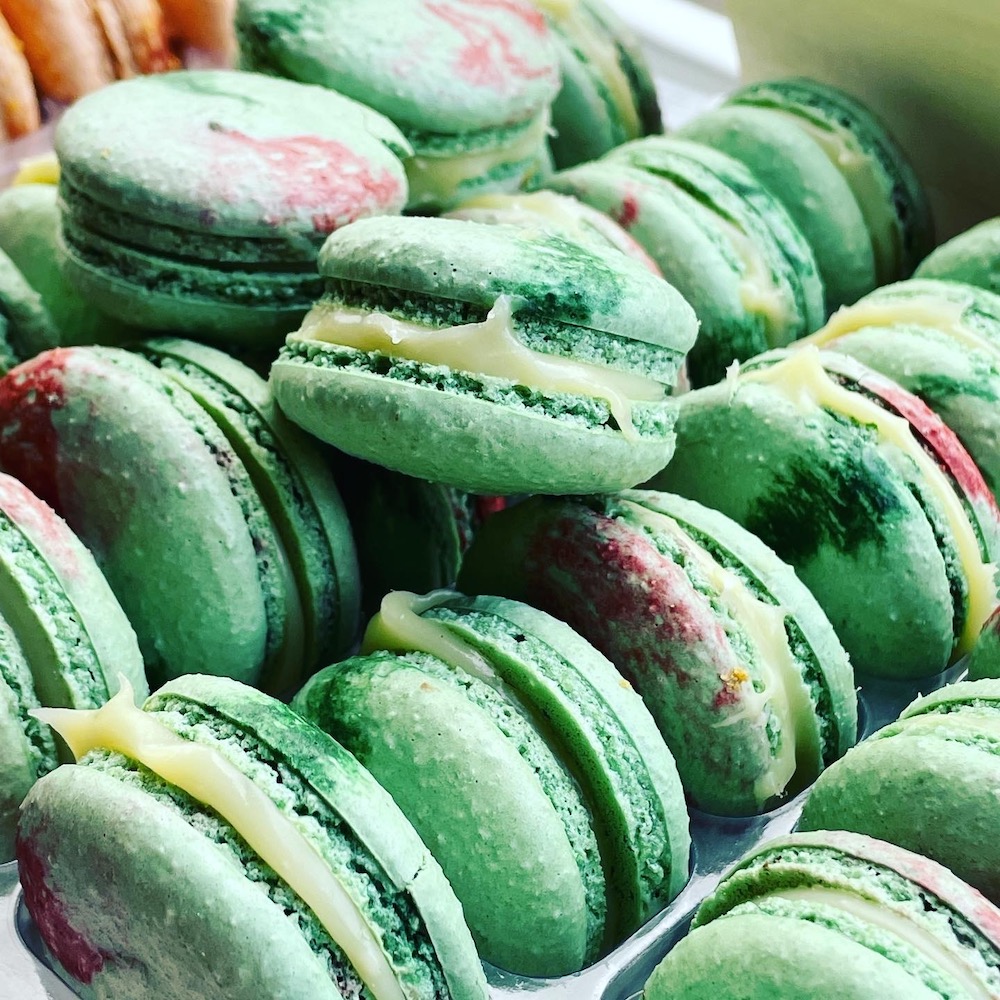 The biggest thrill is seeing the reviews comparing her relatively young business to the French macaron masters.

“The feedback once people taste our macarons has been amazing and I’m just so grateful to everyone who’s tried them. People have said they’re not going to Ladurée anymore because we’re on their doorstep and that’s the biggest compliment for us.”