Meet the Liverpool schoolgirl who is taking the stigma out of stomas and raising thousands in the process - The Guide Liverpool
Contact Us Advertise with The Guide Our Video Services Follow us:

Buttony the teddy bear has been Jessica Dowle’s constant companion for the last three years.

The Seaforth schoolgirl was given her furry friend after having a colostomy stoma fitted to relieve and help the chronic idiopathic constipation she’s been suffering from since birth.

And she’s raised thousands of pounds to help buy more stoma teddies for other children, along with awareness of this sometimes life-saving surgery undergone by 160,000 in the UK.

“Jessica just wants to help other children like her,” says mum Kim Lucock. “She has coped really well with her stoma, Jessica doesn’t care, but other children – and adults – don’t always cope so well. 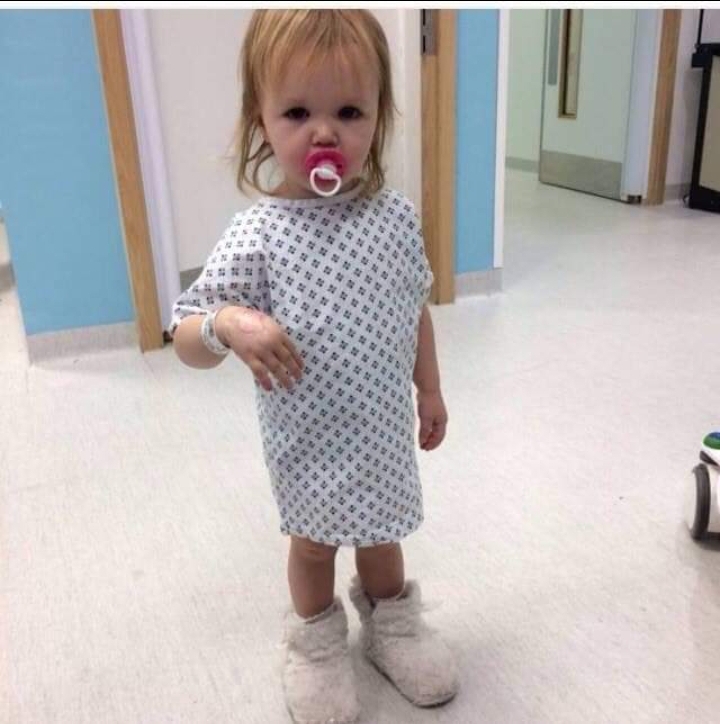 “She dances, she loves drawing, and she just wants to let people know that it doesn’t have to stop you living your life and enjoying it.”

Jessica, seven, tells her story through her Facebook page, as well as Instagram and Twitter, and has become an advocate for hospitals and young people and adults across Merseyside.

And, for National Stoma Awareness Day on Saturday, October 2, she wants it to be heard more loudly than ever. 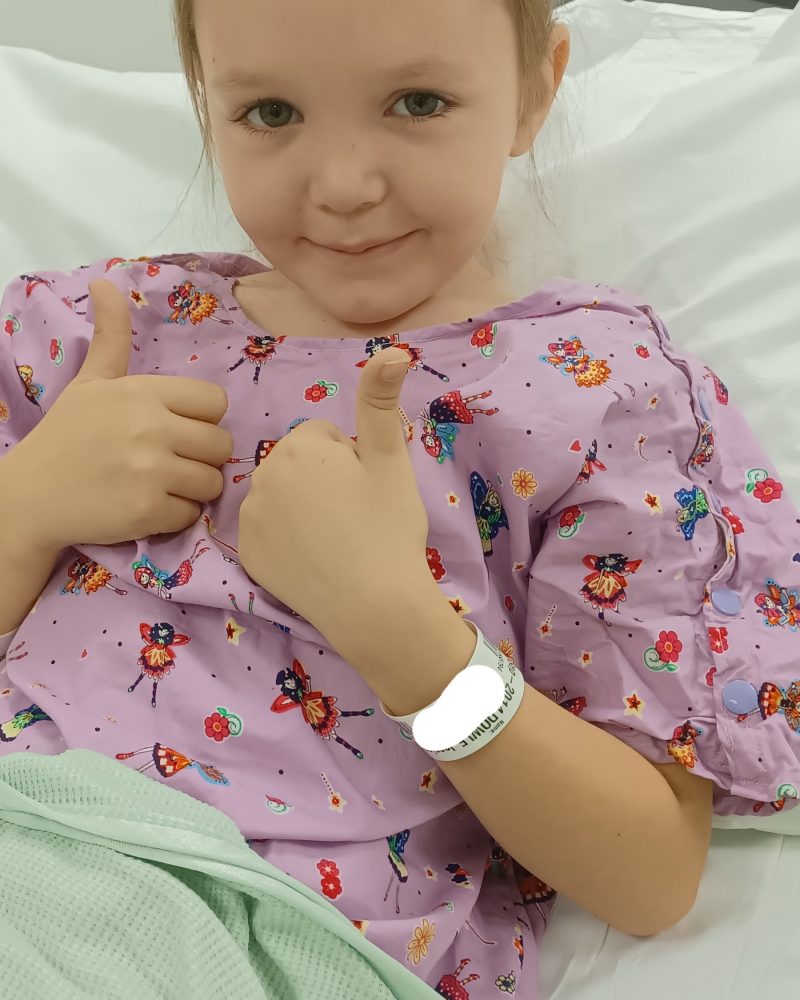 “Jessica is happy all the time – and she wants everyone else to be happy too.”

Kim explains that when Jessica was born at 37 weeks at Ormskirk Hospital, everything seemed okay. But while babies produce meconium in the early days, that first black poo, Jessica didn’t.

“It became clear in the first few days that Jessica struggled to go to the toilet properly.”

Instead she was chronically constipated and in enormous pain and, from 10 days old, Jessica began to have the procedures and operations which have been a constant in her life, from laxatives to enemas and operations to try to resolve the problem. 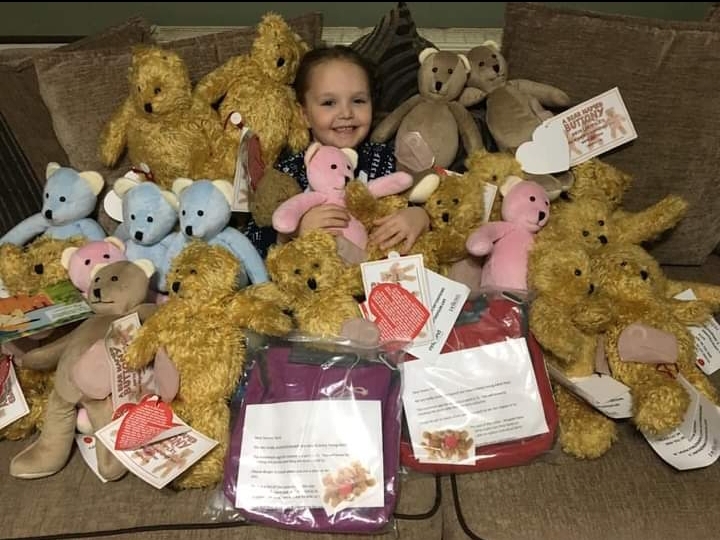 Kim, who has two other children, Stephen, 13, and Penny, five, with partner Chris, goes on: “Jessica has had so many procedures from manual evacuation to fissures removed to try to sort out the problem which obviously causes her a lot of pain and discomfort.

“Tests including an MRI have failed to explain why it’s happening, and at the moment it’s a waiting game. It might resolve itself as she gets older, but we don’t know that. She is cared for by Alder Hey and there was a suggestion that she could go to Great Ormond Street Hospital in London for more tests but they would be very painful with no guarantee of any answers. 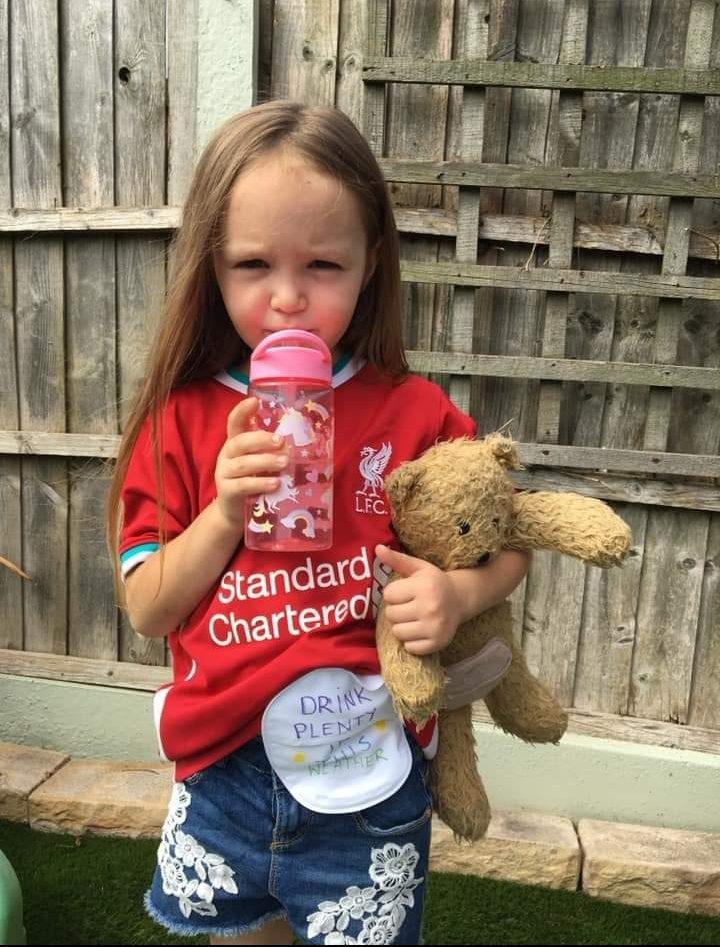 “We’ve decided to wait until Jessica is older and can make the decision herself.”

Jessica, a pupil at Our Lady Star of the Sea School, underwent a stoma procedure at the age of four to provide temporary relief on her little body and give her a break from the pain.

A stoma is an opening made during surgery through the abdomen wall, to let the bowel connect to the surface of the stomach. Poo (stools) then no longer pass out in the usual way, but instead go out via the stoma into a disposable bag worn over it. 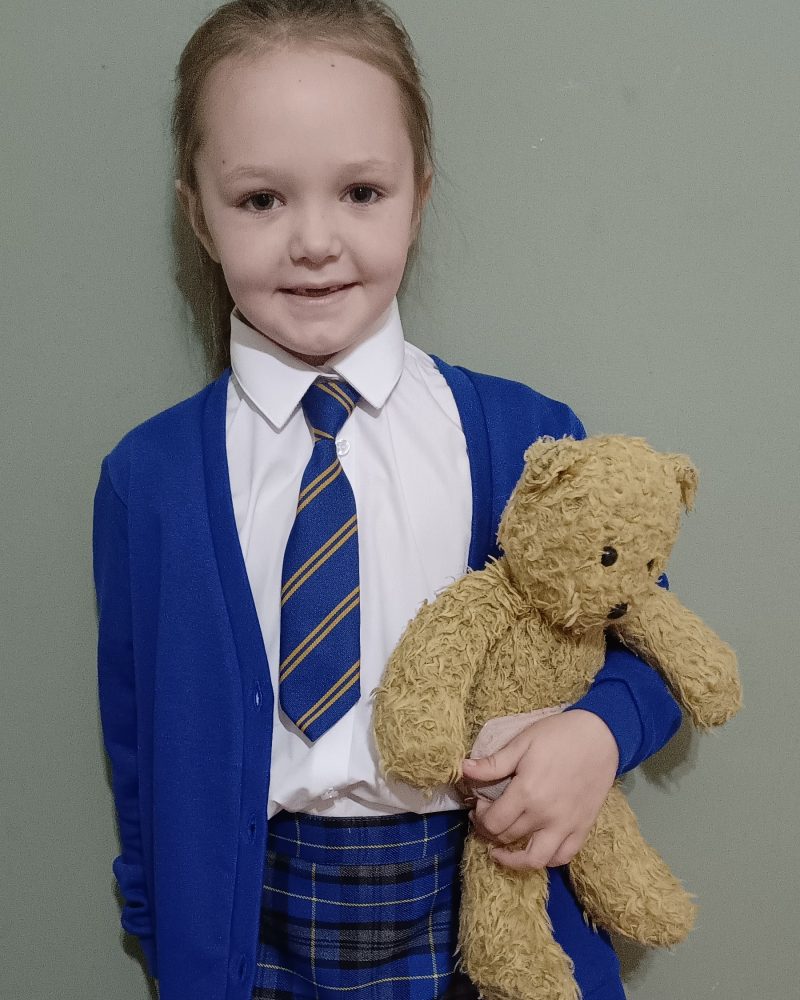 “When Jessica had her operation she was given Buttony Bear by the stoma nurse at Alder Hey. These are bears from a charity, A Bear Named Buttony, in Scotland which supports children and young people who have a stoma. Younger children get a bear with a stoma and young adults get a wash bag full of items to help adjust to life with a stoma.

“The bear has a stoma to help children get used to the idea and what they have. 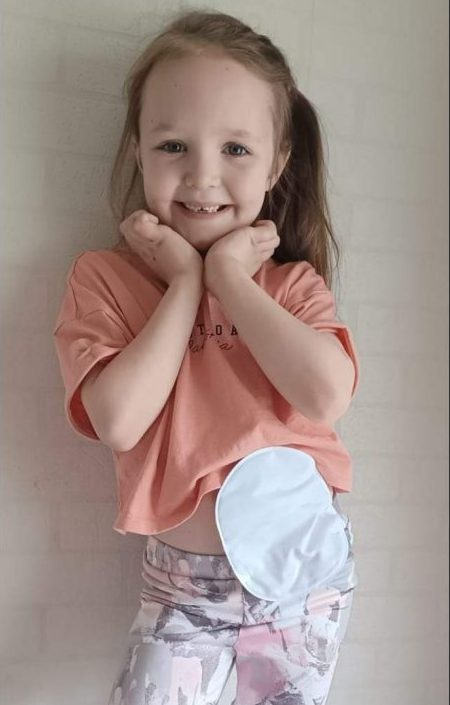 “The charity can only give so many out to hospitals and Alder Hey gave Jessica the last one they had, and she decided she wanted to raise money to buy more so that other children in her situation could have one too.”

Jessica raised £240 to buy eight ‘Buttony Bears’ for Alder Hey and she has gone on to raise around £9,000 for hospitals across Merseyside – Liverpool Royal University Hospital, Whiston and Aintree among them – to raise more money for bears and washbags. She has also helped to fund medical dolls which help explain other conditions which have been given to Alder Hey, and schools nearby.

With Kim’s help, she has also created a social media following to raise awareness and support and give answers to other people with a stoma.

“Jessica still suffers from pain and is back and forth to hospital – the last visit just days ago,” says Kim, “but she is still determined that this won’t ruin her life.

“She has always been a sassy little girl and we were worried that she would be worried by the stoma and bothered, but she isn’t one bit. She’s not at all self-conscious, or ashamed of it.

“We started the Facebook page – Jessica’s Stoma Journey – in 2019 and published a picture of her on holiday with a two-piece costume on where can see her stoma bag to raise awareness and help other children and parents of children with one. We’ve told her story and put on videos.

“People have said how it’s helped their child feel more confident about their stoma and even adults have said that if a child can cope with it then so they. It helps people and Jessica now has 3,300 Facebook followers and more on Instagram and Twitter.” 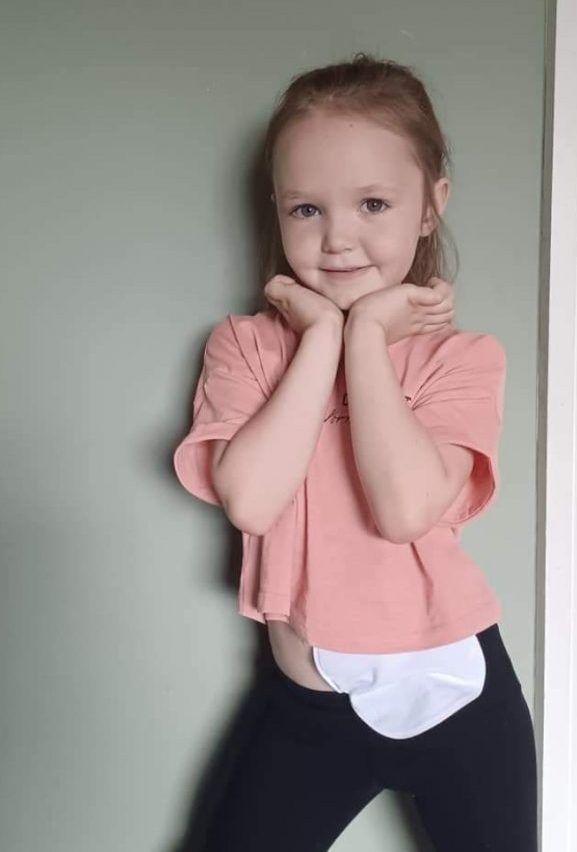 Kim adds: “I’m proud of Jessica, not just because of how she’s coped, but because she is wanting to help others, because it’s not just about her, but her helping to make other people’s lives better.”

It’s still a long road ahead for Jessica and her stoma may, or may not, be temporary.

But for now, with the help of Buttony Bear, she has made it her mission to get rid of the stigma which can be attached to them.

“Jessica is a living example that a stoma is nothing to worry about and it shouldn’t stop you enjoying life,” says Kim. “I’m proud that, in spite of the pain and everything else, she let it doesn’t stop her enjoying hers and that she wants to help other people make the most of theirs too.”