Meet the Liverpool student and model running a charity 5k in fancy dress every day in July - The Guide Liverpool
Contact Us Advertise with The Guide Our Video Services Follow us:

As a model, Jess Gagen is used to wearing high-end fashion and getting bookings that take her around the world.

But now the 25-year-old Liverpool student is showcasing some very different outfits – running 5k every day in July dressed as a different character to raise money for charity.

Jess, who is the reigning Miss Lancashire, will be competing to win Miss England at the end of August. 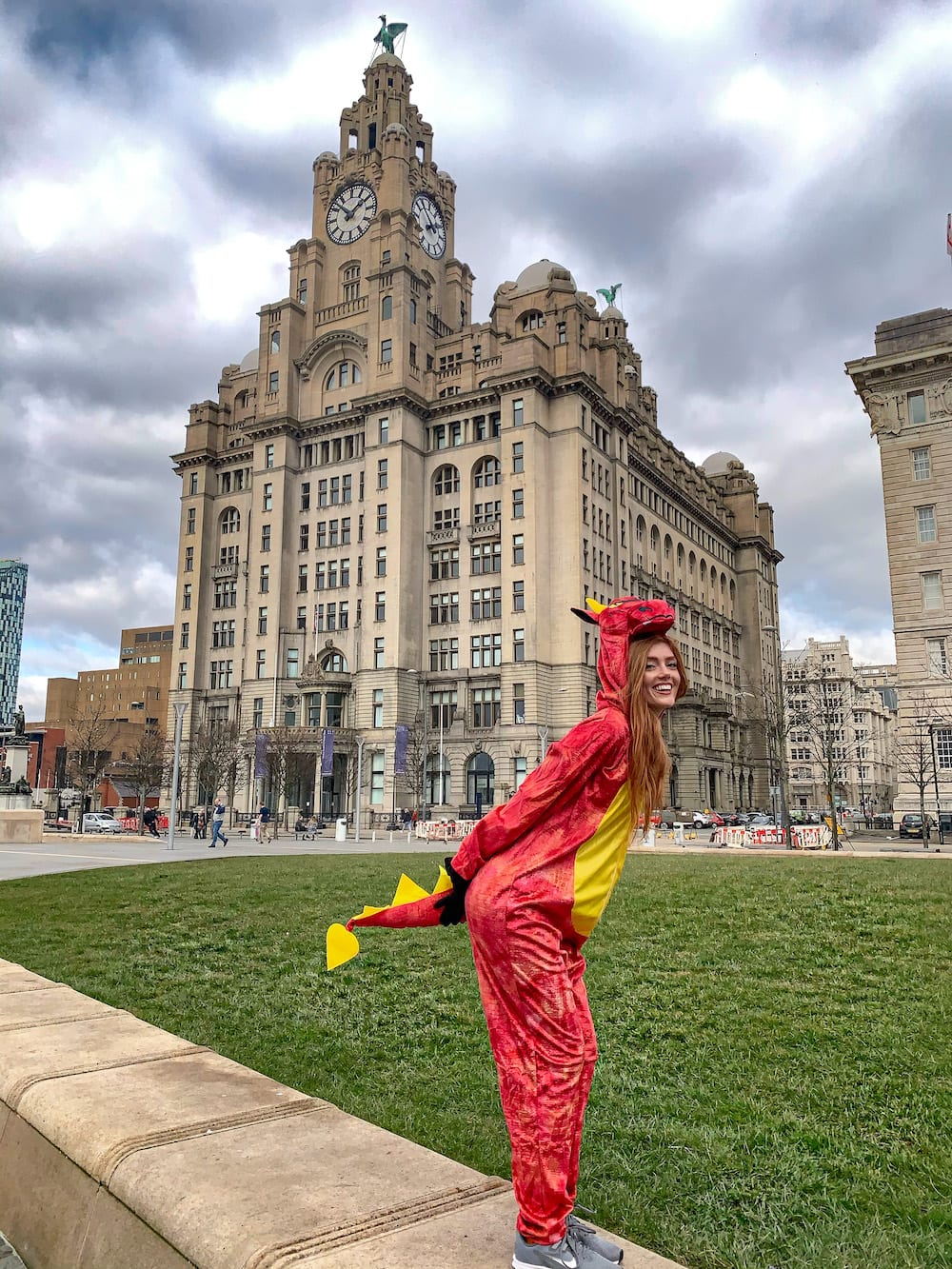 And she’s decided to support the Miss World charity, Beauty with a Purpose, by getting herself a whole wardrobe full of fancy dress outfits to run in.

Now Fancy Dress Jess has become a head-turning sight on the waterfront, setting out from her home in the Baltic dressed as everything from Where’s Wally to Luigi from Super Mario Bros and Dorothy from the Wizard of Oz.

Jess, who’s studying for a masters in aerospace engineering at Liverpool Uni, says she wants to use her efforts to not only raise funds for the charity, but to stress to girls that not every photo on social media has to be perfect.

Pictures of her dressed as a dragon or a dinosaur appear on her Instagram feed alongside professional edited model shots.

She’s also keen to promote career opportunities to young women by showing them how she manages to combine her dream of modelling with a passion for engineering.

“One of the reasons I wanted to do Fancy Dress Jess is because I’m basically making myself look like an idiot every day and I want the girls who follow me to see that everything you do doesn’t have to be pristine perfect,” she explains.

“I know lots of girls who are 16 or 17 and they’ve not done as well as they should have done in their exams because they’ve not put the effort in, but they’ve had plenty of time to take pictures of themselves and post them on Instagram. 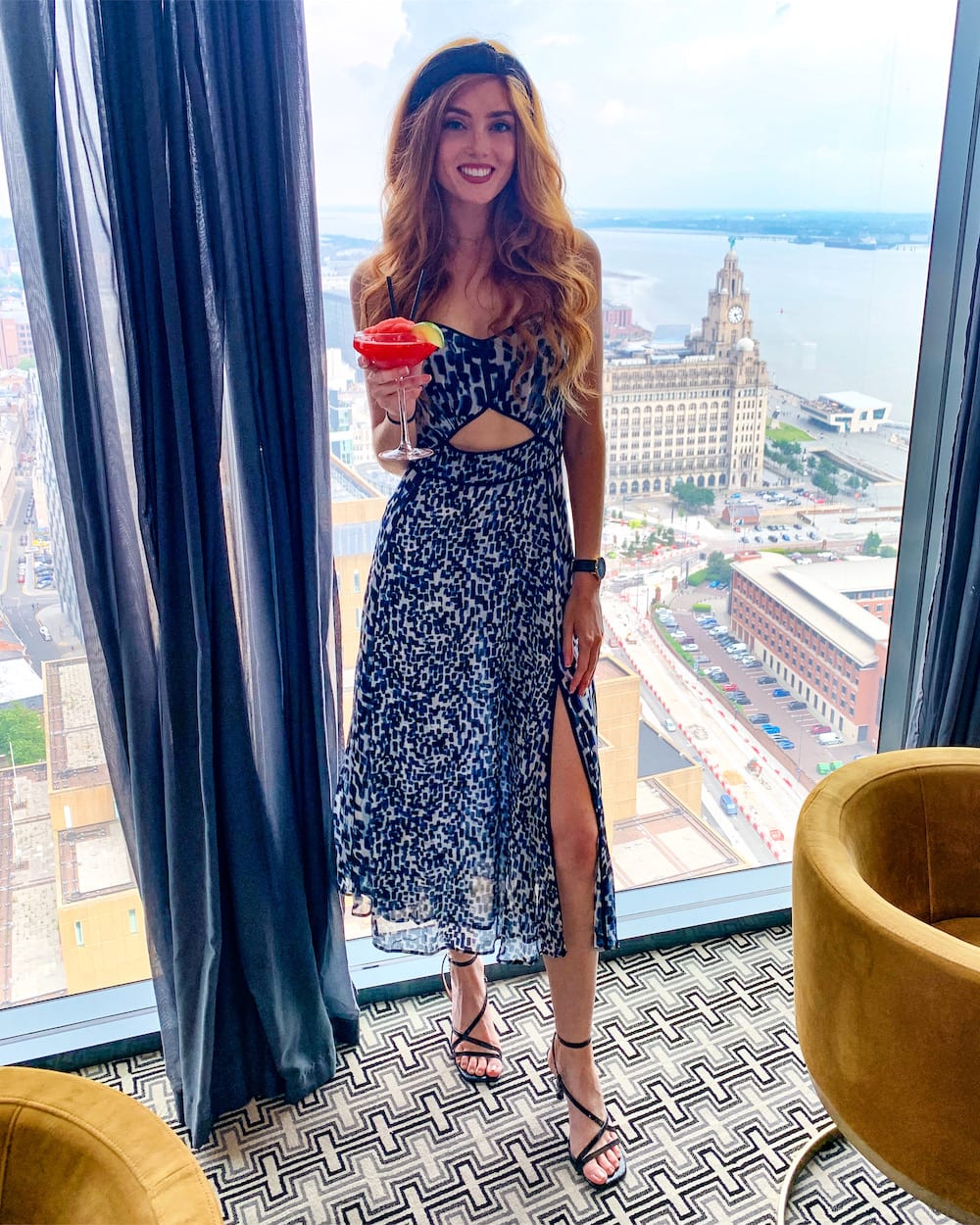 Jess on a night out in Liverpool where she studies

“I find it really frustrating because these years are really important, so I’m running about every single day dressed as a dragon or a cave woman or whatever because I want them to see it’s so much more rewarding putting your efforts into your education and doing something worthwhile.”

Jess, who comes from Skelmersdale, started out on her modelling career when she was still studying for her GCSEs. After sitting her A levels, she signed with agents in the North West, London, Milan and Dubai.

She worked in the UK on commercial shoots for companies like Asda, boohoo.com, Regatta and Blacks, alongside editorial work including a 6-page spread for Grazia in the Middle East showcasing the Louis Vuitton cruise collection. She’s also modelled in Milan for fashion label Max Mara and for Guess jeans in Switzerland as well as for several Italian beauty brands.

When she was 21, Jess says she noticed a change in the industry, with more companies focused on using social media influencers for campaigns.

It was then she decided she needed a back-up career plan, and after researching engineering as an option, she did a year-long foundation course at Salford Uni before transferring to Liverpool to do her four-year integrated masters. 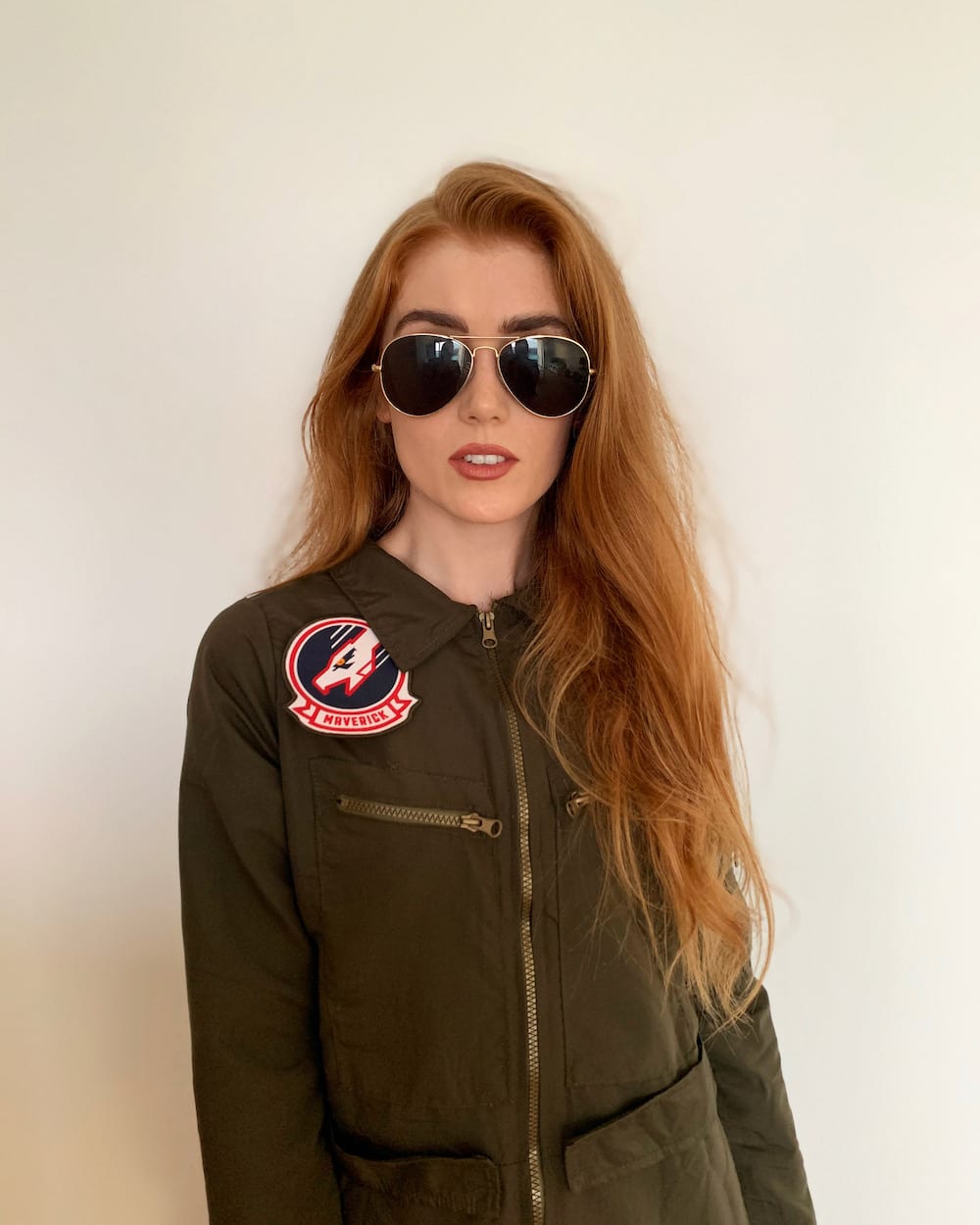 Jess in her Top Gun outfit

Now Jess, who’s signed to Boss Models, manages to juggle both careers – and one that came her way almost accidentally, as a beauty queen.

She was scouted through Instagram in January this year to enter the Miss Lancashire content and, after being reluctant at first, she took part and ended up winning.

“I’ve absolutely no idea how they found me and at first I said no, it wasn’t my thing, but they told me they weren’t judging girls on their looks, they were looking for a role model and there was a lot of charity work involved.

“They loved that I studied aerospace engineering and my drive to get more girls into STEM careers, so I thought more about it and my mum and dad convinced me to go for it.”

MORE - Look at the lineup for the Pride Quarter Indoor Festival

Jess did her first charity 5k runs in March when she was competing in Miss Lancashire, raising almost £1,3000, so she was happy to get her costumes out again ahead of Miss England.

“People seemed love the idea, they got into it and so did I,” she says. “Now I run different routes every night, always along the waterfront, sometimes Otterspool, the Pier Head, or the Albert Dock.

“The night before I put two options on my Instagram stories and ask everyone to vote, so my followers decide what I’ll run in. 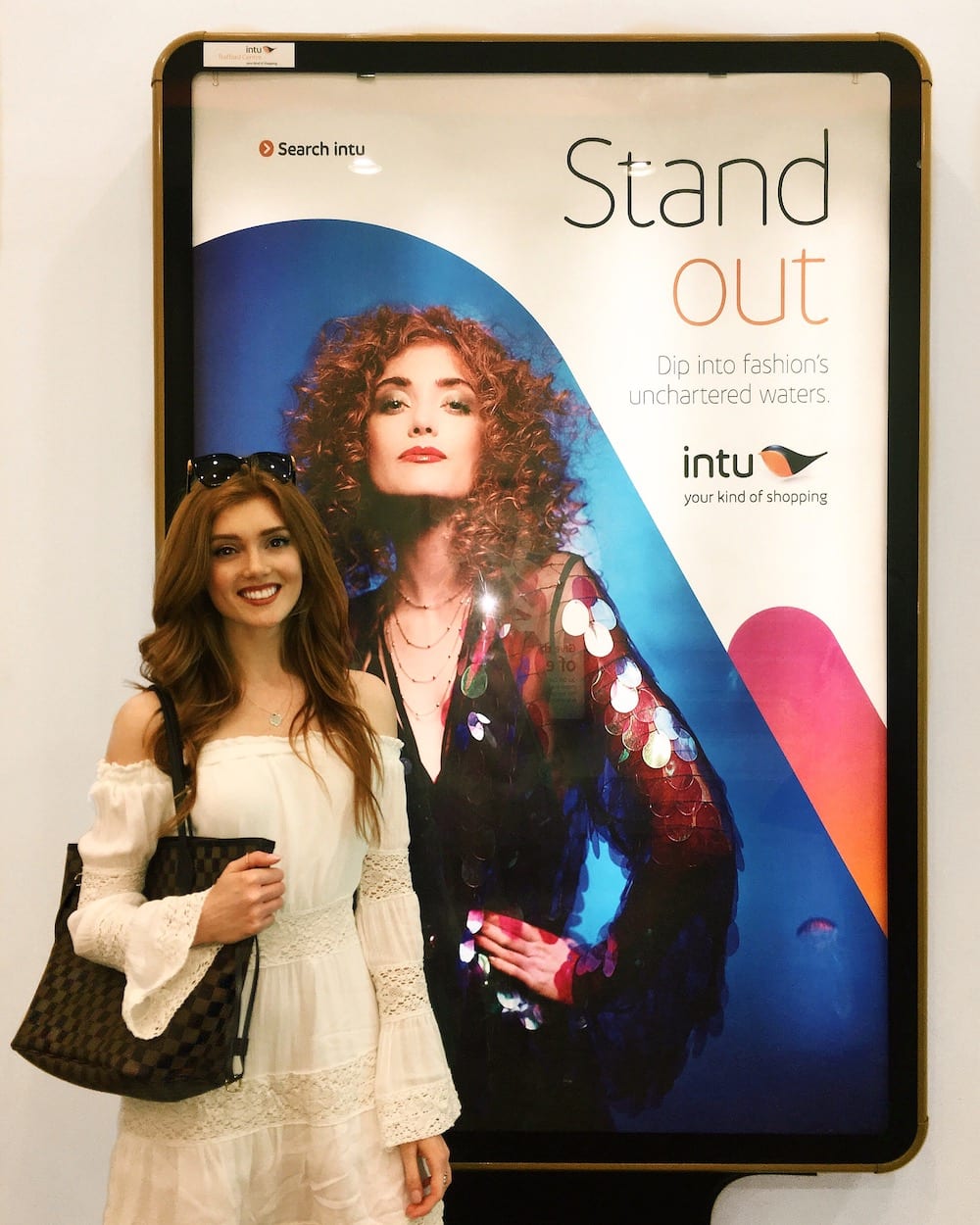 Jess with one of her modelling campaign images

“Smiffy’s fancy dress got in touch and they sent me vouchers so I’ve got about 20 outfits now, although some are harder to run in than others – I’ve only worn the dinosaur one once because it was so hot in there I nearly fainted!

“My favourite is a dragon costume, which has got a big dragon’s head and tail, but I think the one that got the most attention has to be the Playboy Bunny which I wore at Easter. Town was absolutely packed and two cyclists crashed into each other staring at me!

“I do get some funny looks and some people act like I’m a crazy person but it’s just something different to take people’s mind off things and it makes people smile and that’s what really matters.”

To support Jess’s fundraiser, go to the website here.