Meet the man who’s gone from selling pizzas from his back garden to creating a well-known city brand - The Guide Liverpool
Contact Us Advertise with The Guide Our Video Services Follow us:

When lockdown forced Liverpool chef Nikola Krastevski to take a break from work, he started making and selling pizzas from his back garden.

Now Pizzeria MIKI has become a well-known brand which supplies top restaurants like Frederik’s in Hope Street and sells from specially created pizza parlour trailers in prominent locations around the city.

And its 32-year-old founder says: “I want to make the best pizza in the world here in Liverpool.”

Nikola says the city has become his own after he was made to feel welcome when he came here in 2016, and he adds: “I fell in love with Liverpool.

“I love it more than my own home city and, now, it is always for me. It was my dream to have my own business, now I want make Liverpool the place that can’t be beaten for pizzas.”

Nikola is from Macedonia – formerly part of Yugoslavia – and came to the UK in 2015, with the hope that he would be able to pursue his goal to set up his own company, putting to use the skills he had spent years learning and improving in his home country.

“It was never my hope to work for someone else but always to work hard and have my own business eventually,” he explains. “But that was unlikely to happen in my own country where there is a bad economy and corruption. It is too insecure. 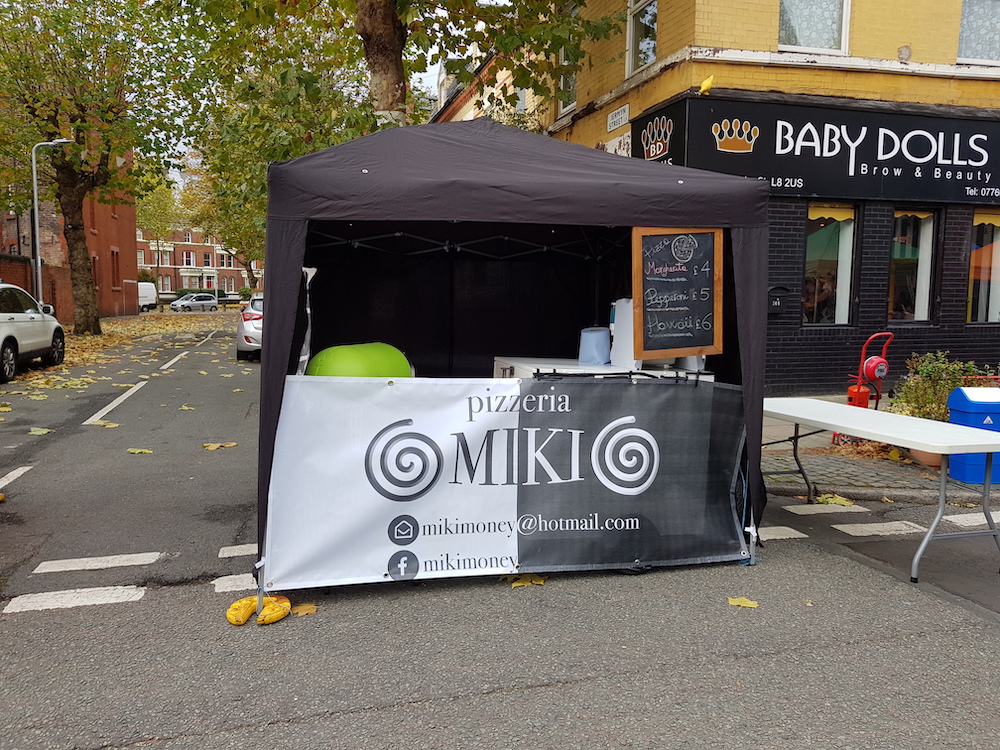 The first set up at Granby market on Granby Street

“I wanted to come to England because, to me, it was the best place, somewhere that would support people like me, and small businesses. I was originally in Peterborough before moving to Liverpool which I knew had a reputation for lots of good restaurants, and where there’d be more opportunity to do what I’m doing.”

Nikola initially got job working as a chef at Salthouse Bacaro in Castle Street, but on his days off he would he sell pizzas at local markets like Granby Street, creating a trailer which housed his pizza oven and cycling there on his bike!

That could have carried on for years but, when lockdown hit and Nikola was placed on furlough as restaurants were forced to close, he hit upon the idea of selling them from his own home in Wavertree.

“Everything had closed down and I was just sitting at home, and I was inspired by Boris Johnson who said ‘if you are working, try and work from your house’. And I was like, okay. 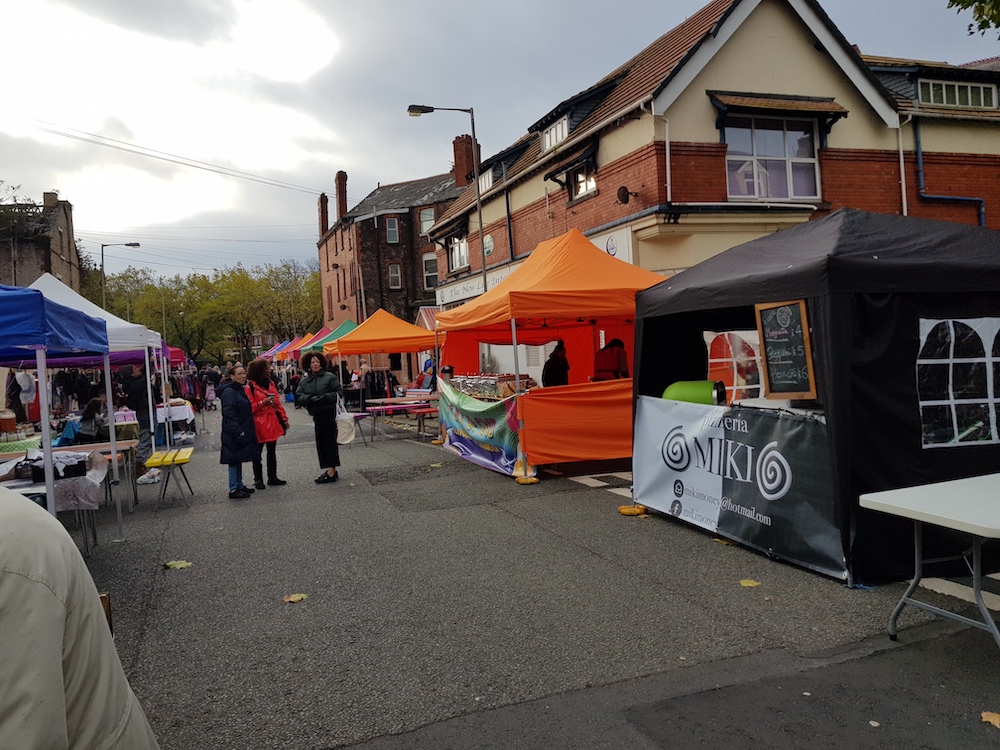 Nikola had conversations with his neighbours to assure them he would work from home for as short a time as possible to get the business off the ground, and he sought help from the council to get permission and ensure he had all the necessary hygiene provisions in place.

Before long Nikola was busy creating pizzas which he sold from a hatch in his back garden – and customers were coming from across Merseyside to buy the traditional stonebaked Neopolitan pizzas.

He says he uses only the best ingredients and they are always fresh (‘never frozen’): “I use the best flour, the best of everything – it takes three days before the dough is ready,” he stresses.

“It happened by word of mouth and news soon got around,” he smiles. “I had people coming from all over Liverpool, Crosby, West Derby village, and even over the water from the Wirral.

“Then I no longer had to go to the markets to chase the customers because they were coming to me. It took a year to get properly started, but I was surprised at how successful it was!”

Nikola has supplied pizzas for The Botanical Garden in New Bird Street, and Box Yard in Great Howard Street; and this year he has teamed up with Frederik’s in Hope Street to offer them there.

He has a Pizzeria MIKI trailer at Liverpool Shopping Park in Edge Lane every day except Monday, and will be in Concert Square near Modo throughout the summer. 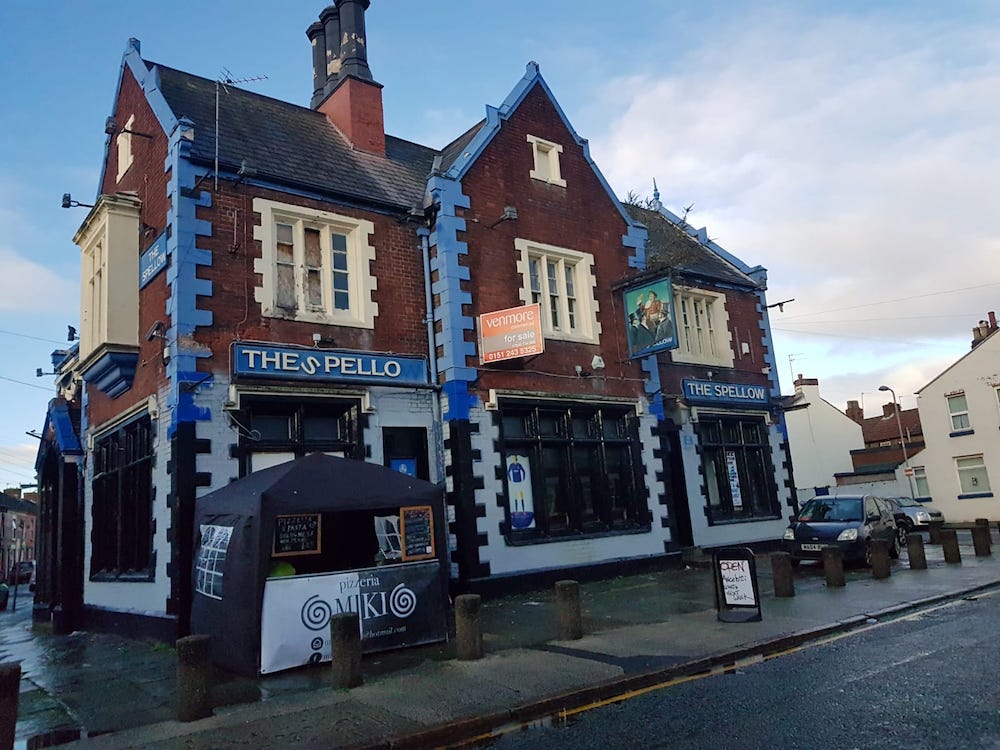 And that’s not all. He has just signed a deal to supply pizzas to The Factory Project performance and event venue in Forge Street, and to Everton and Liverpool supporters via the Spello in Goodison Road, and Goodison and Anfield Cafes.

“Making pizzas is my whole life and I wanted to build a brand that’s recognisable,” says MIKI, who is adding another name to his business portfolio, Bibi Pizza, named after his Chinese girlfriend’s dog!

“I am working hard but the plan was to have five places to supply and sell pizzas and now I have got seven.

“It was a risk to leave my country, but if you don’t take chances, you just stand still.

“I want to be the best, and that’s my motivation.”