Meet the theatre company bringing socially-distanced panto to the Bombed Out Church this October - The Guide Liverpool
Contact Us Advertise with The Guide Our Video Services Follow us:

It’s a shame this isn’t only true in theatreland – but as it is, the coronavirus crisis is the subject of a great new panto being staged at the Bombed Out Church in October half term that aims to amuse and educate in equal measure.

“We had written an entirely different production called BoJo’s World and then, in March, lockdown happened.

“We were determined that nothing would stop us performing and during the early days of the pandemic we did a web play, Keep Calm, Camera On.

“But we came up with Bojo’s World: The Panto because one of our founder members, Faye Draper, caught the virus and is still suffering with long Covid and a clot on her lung!”

In the panto, BoJo, along with his friends, Dame Maggie Poppins, Doctor Wendy Helen Osbourne (WHO for short), Starman and Dominique Goings, set out on a quest to save the people and stop the evil bug in its tracks.

It has been written by Faye and Jazz Jago, with consultation by the other founding members of Succour Punch, Sarah and Ciara O’Neill.

Explains Sarah: “Faye was pushed to write this, as a ‘long hauler’ of Covid who’s still suffering the consequences, to educate families and younger people. 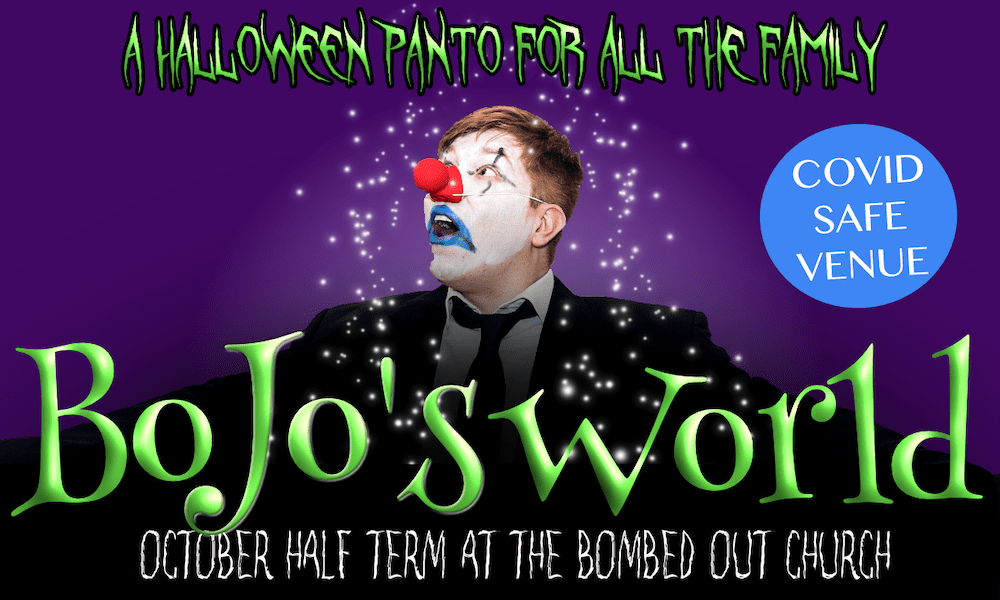 “It’s still fun, and over the top, so people will have a really good laugh, but there’s this lovely undertone with Faye, being the Doctor, advising children on what they can do, and how they can look after themselves, without scaring them.

“We do a version of If You’re Happy And You Know It, Clap Your Hands, which includes the line If You Don’t Want to Catch the Bug, Wash Your Hands…

“Ideally, what we’d like is to have children leave the panto understanding what’s going on in their world, while the adults will notice the characters based on the politicians advising us! On a higher level there is satire too. But it’s getting children to understand social distancing, and why we are doing all of this.”

Social distancing and hand-cleansing was certainly something the cast had to get to grips with and stage manager Hannah Kelly – ‘Miss Covid Guidance’ – made sure it was all in hand. “In rehearsals we distanced, we used face shields, wipe-clean scripts, and we sanitised,” adds Sarah. “There’s one point where two characters shake hands and they go off stage before and sanitise so it’s all done safely, and we have a one-way system back stage.

“We love a challenge.”

And she says: “About now we should have been performing the other version at Sound City, but it’s all about adapting and overcoming. We have written and staged this panto in two months, we received a grant from Culture Liverpool’s Without Walls Fund, and then we got the venue which is incredible.

“And I would like to stress that we will have an industrial-sized gazebo to protect people from the rain, so there’s be no soggy bottoms!”

The panto – which also stars Luke Morgan as BoJo and Mike Schenck as Assassin Bug and Dame Maggie Poppins – will be performed from October 26-30, at 2pm. 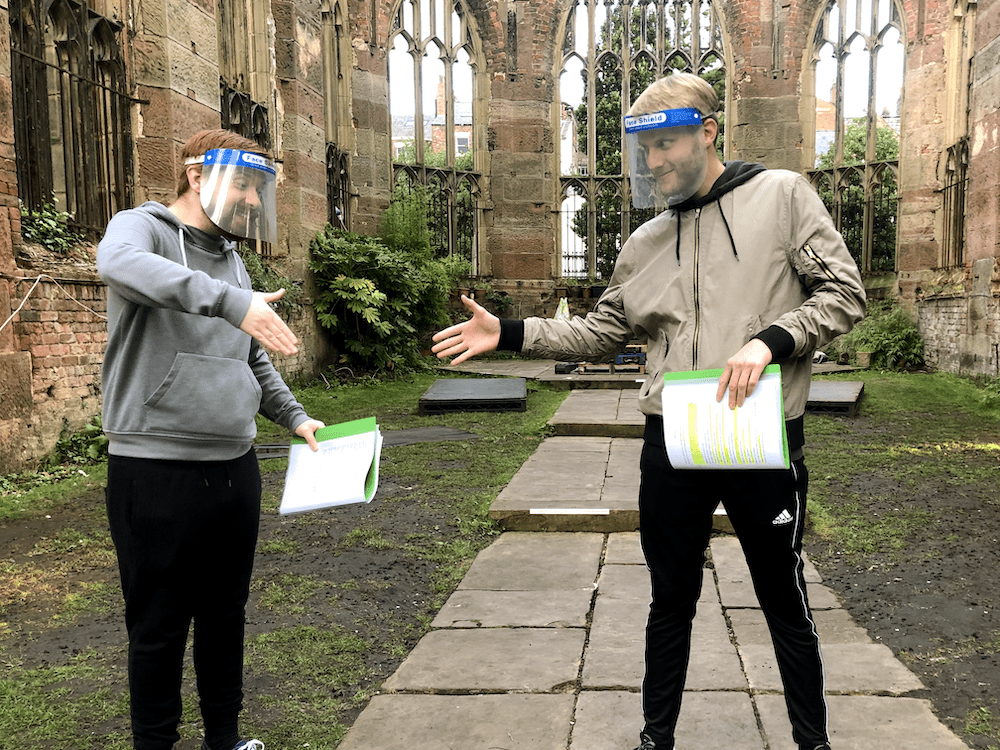 After that Succour Punch Theatre will be staging another production which is written and ready to go and, while Sarah is a little tight-lipped as she awaits news on funding, she confides it’s about frontline NHS workers.

“Our ethos has always been to look at the outside world and represent what we see on the stage,” she says. “We want to create work that’s important, that makes us think about humanity rather than vanity.

“And, hopefully, in doing that we have a place in the wider scope of theatre.”