Meet the woman bringing country & western line dancing to Croxteth Park - The Guide Liverpool
Contact Us Advertise with The Guide Our Video Services Follow us:

After lockdown kept people apart for so many months, dance teacher Jen Arnaud has found the perfect way to get her neighbours in Croxteth Park out and having fun again … line dancing sessions.

Now her weekly sessions and synchronised dance routines have become so popular that she’s looking to add more at other venues around the city. 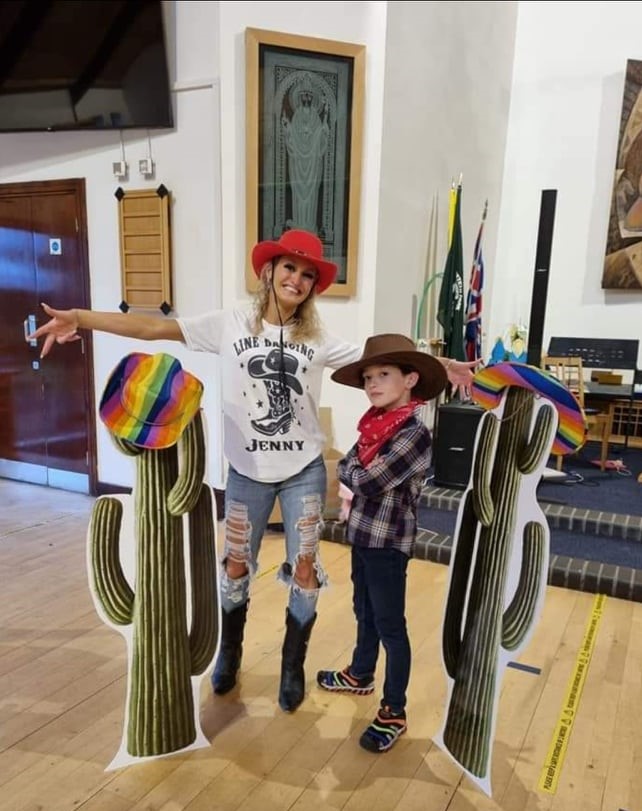 And her regulars are so keen on their hobby that they’ve started dressing the part, turning up at St Cuthbert’s church hall in cowboy boys and hats!

“Everyone’s been so keen to get totally involved, I got us T-shirts made with our logo on which they wear,” says Jen, “and people have asked me to do a YouTube channel with all the dances we do in class so I’ve pre-recorded them all so they can practice at home.”

For 35-year-old Jen, who lives in Croxteth Park herself, the line dancing classes were something she’d been planning before the pandemic.

“It’s been an idea that I’ve had for a while and then after lockdown it was one of the first projects I wanted to try and do,” she explains.

“I’ve trained in dance from an early age, I worked on cruise ships as a career and got a masters in dance so I’ve studied a lot of different styles. 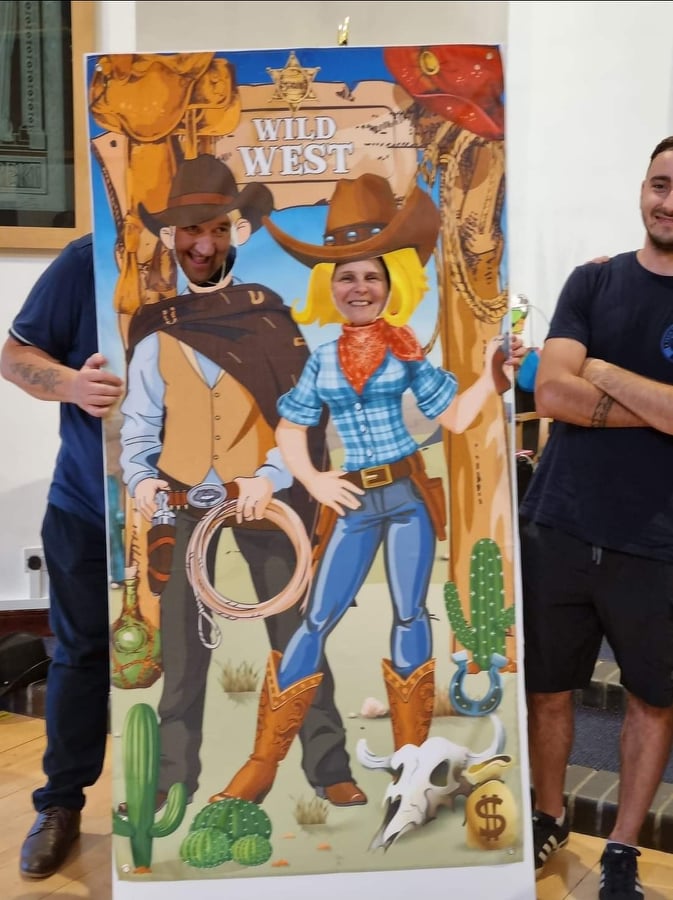 “One of the main advantages of line dancing is just the enjoyment and the accessibility. Once you’re taught the routines and repetition you become accustomed and it becomes a lot easier to retain it –and there’s just something about everyone being in synch and moving the same way that gives it a party atmosphere.”

Jen was able to use her cruise ship experience when it came to putting together routines for her classes.

“I worked for Princess Cruise Lines and Royal Caribbean Celebrity which are managed by American companies, so a lot of my itinerary was over there. That meant theme nights onboard the ships were often country nights with line dancing so I picked up a lot while I was away and I’ve choreographed some myself so it’s a combination of traditional and new.”

Although she had no idea whether or not there’d be a demand for the sessions, they’re attracting a full hall of dancers each time, with more newcomers every week. 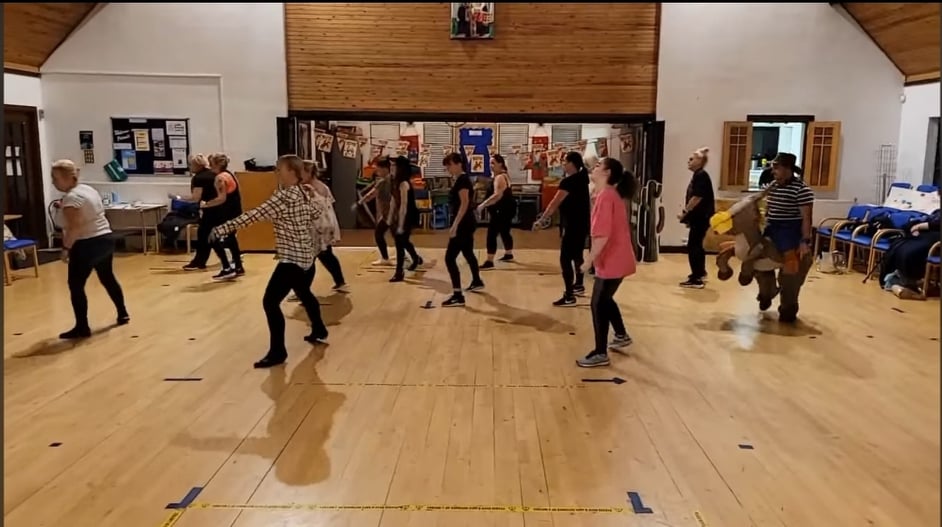 Some have line danced before and are excited to have the opportunity to get back into it, others are discovering the fun of it for the first time.

“I always encourage people who’ve never done it before and I say it doesn’t matter if you make a mistake, it’s supposed to be fun,” she adds. “People do get into it, though, and take it quite seriously so now if I do a step wrong they say, ‘no Jen, it’s this’ and they tell me how it should be.”

Jen’s weekend job involves touring the country as choreographer with Tina Turner tribute show Totally Tina, and on weekdays she’s busy teaching all kinds of dance including zumba, tap and ballet to children and adults.

The line dancing is a chance to relax, have a laugh and enjoy a bit of dressing up too.

“I like to do some games as well as the dancing, and I’ve got props like giant blow-up cacti and signs to put your face through for photos, just to add to the atmosphere,” she says. 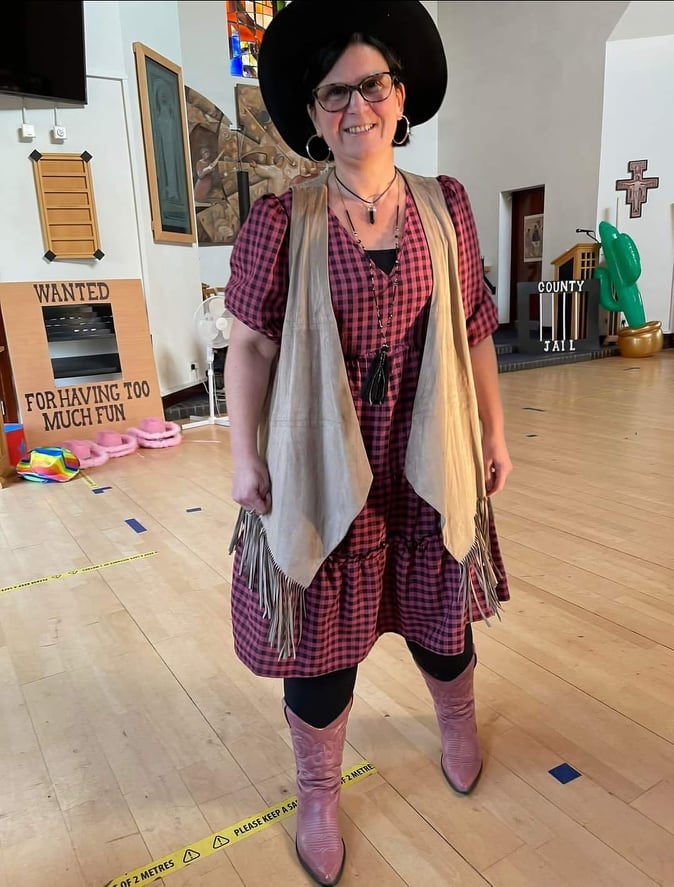 Because of its success, Jen is currently on the hunt for other venues, preferably with a stage, where she could add extra nights and expand the classes.

“They’ve really brought everyone together – we have all ages, from early 20s and 60s – and I think that’s what people have missed over the past 18 months.

“It’s really heart-warming to hear people’s stories and they tell me they’re so glad to have the chance to get out and experience something new, and just have fun. We even have people who just come along to watch even though they’re not joining in the dancing. They come just for the atmosphere and the social aspect which is lovely.”

“He always comes on a Wednesday straight from his karate lesson, puts his boots and hat on and joins in. He loves it and the regulars all encourage him – they call him Cotton Eye Joe!”