Mersey Mouth Lindzi Germain has set up a Facebook help group after Davina Mccall made her realise she’s menopausal - The Guide Liverpool
Contact Us Advertise with The Guide Our Video Services Follow us:

She’s best known for her hilarious stage performances or belting out a brilliant tune at the Grand Central Hall, but Liverpool actress and comedienne Lindzi Germain has got an unlikely new role – as saviour for menopausal women across Merseyside.

Mersey Mouth Lindzi has set up a Facebook group – Peri/Meno Queens – offering support, advice and, above all, a laugh for women who are going through the hot sweats, sleepless nights and brain fog of ‘the change’.

“Women who have been having an awful time are coming up to me to say ‘thank you so much’, they’re delighted to know they’re not alone in suffering symptoms of the menopause, or thinking they were going crazy. 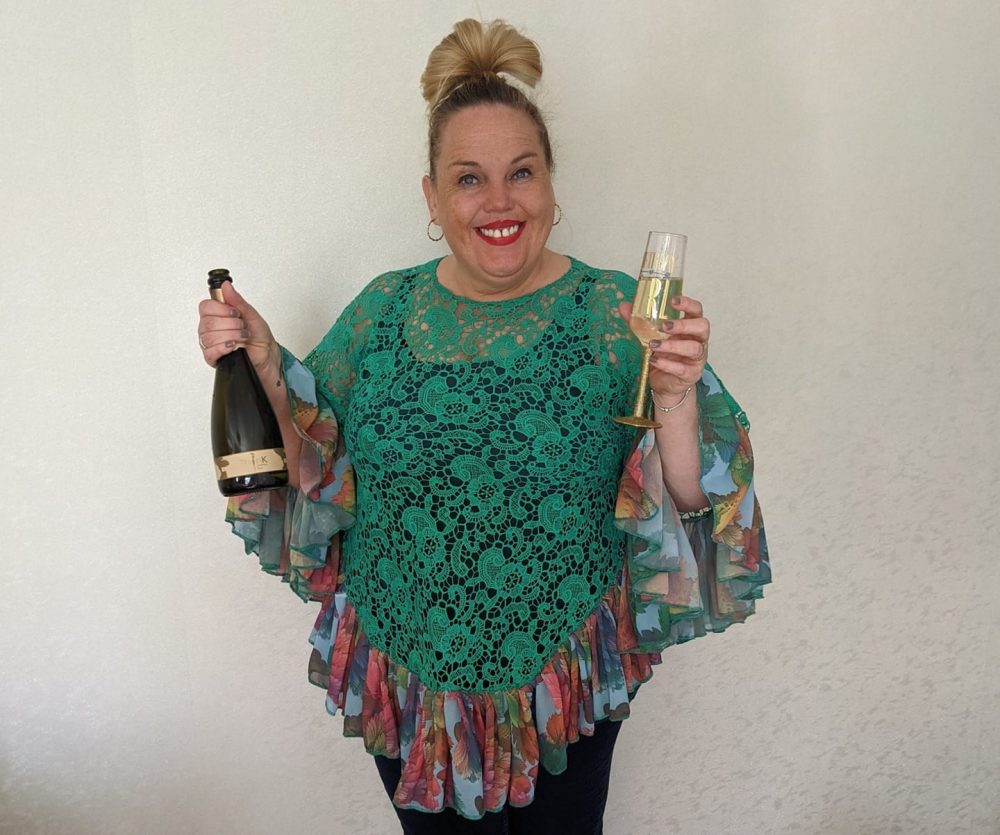 “I keep saying to people on there, sharing is caring. It’s just blown me away.”

Now 49, Lindzi says she’d had an inkling she was verging on the menopause but hadn’t really wanted to acknowledge she was middle-aged.

“For a couple of years I’d been having a few things happening, like dizziness which I put down to vertigo and brain fog.

“One day I was looking at my husband and wondering what I called him, was it Darren or Daz? So I asked my daughter to pass something to her ‘dad’.  I got upset because I couldn’t remember what I called him! 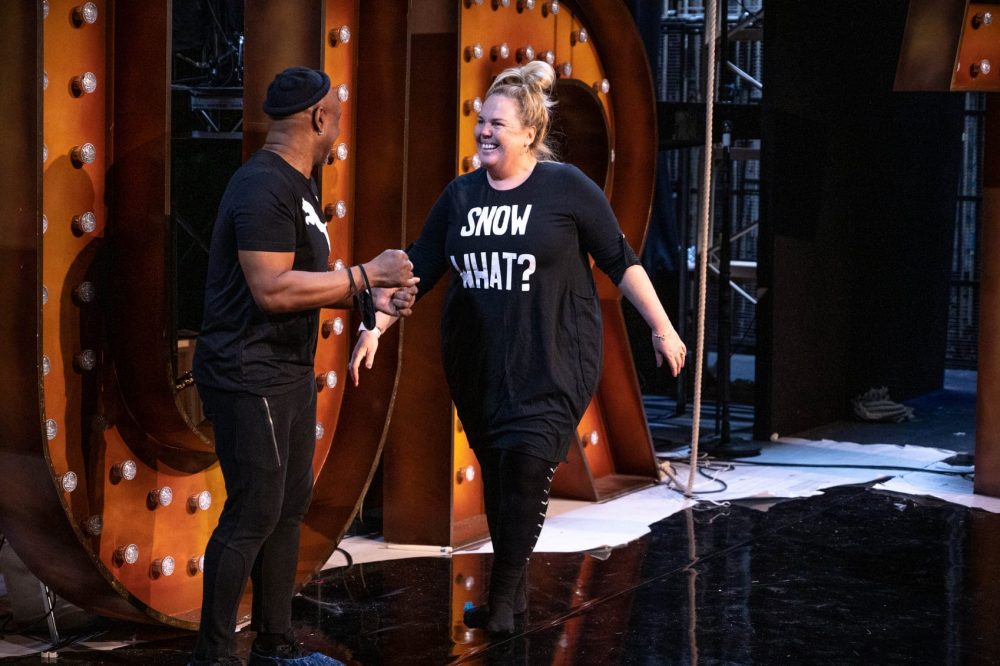 “It was when I watched the Davina McCall documentary on C4, Sex, Myths and the Menopause, that I realised what it was. She was mentioning symptoms people were having and I was like, ‘I’ve got that’, yep ‘I’ve got that’, and ‘oh my goodness, I’ve got that’!

“Things like emotion. It’s a joke in our house that I’ll be hysterical, laughing one minute, and then I’ll start crying the next. It’s the maddest thing.

“But I recognised myself on Davina and wondered if anyone else had.”

A quick shout-out to friends came back with a very definite yes, and Lindzi soon realised that if so many of her friends were in the same boat, then loads of others were too.

“One Saturday night I set up the group and invited about 100-odd women to join, so we could talk about our symptoms openly but privately. When so many came back I said to share away, because I realised there were so many women out there who were feeling the same way and, maybe, many who were on their own; who were feeling awful and had no-one.

“I’ve had people who had the perfect match saying their relationship was hanging on by a thread because they couldn’t be bothered, they were argumentative or their libido had just gone; women who didn’t know what or who they were any more, women who couldn’t sleep… there are so many symptoms.”

Lindzi says in the past women were expected to get on with the menopause, or they just didn’t know what was happening.

Davina’s documentary was a wake-up call for many, and podcasts like The Menopod, created in Merseyside, have already got people talking about the menopause in a different way.

The Menopod, produced by Laudable and available on Apple and Spotify, won Best Health & Wellbeing Podcast in the Publisher Podcast Awards 2021. Susan Lee, group wire editor for Reach, is joined by freelance journalist – and mate of more years than either of them care to remember – Dawn Collinson, exploring the world of the menopause from fashion to sex, and brain fog to the workplace.

MORE - 10 post-lockdown Liverpool sports, activities and classes you can sign up to right now

“The idea is that we educate and learn together, we share how we’ve coped, what’s worked for us, and we support each other,” says Lindzi. “It breaks my heart to think anyone is trying to cope on their own. We’ve got doctors in the group, and nurses, and just ordinary women who are there for each other.

“We’ve got women who say HRT works for them, women who do menopause yoga, women who use breathing techniques to help with the symptoms, and we’ve got herbal gurus. There will always be someone ‘on’ – I’ll often get up to see someone has written ‘Is anyone awake, I can’t sleep’?” 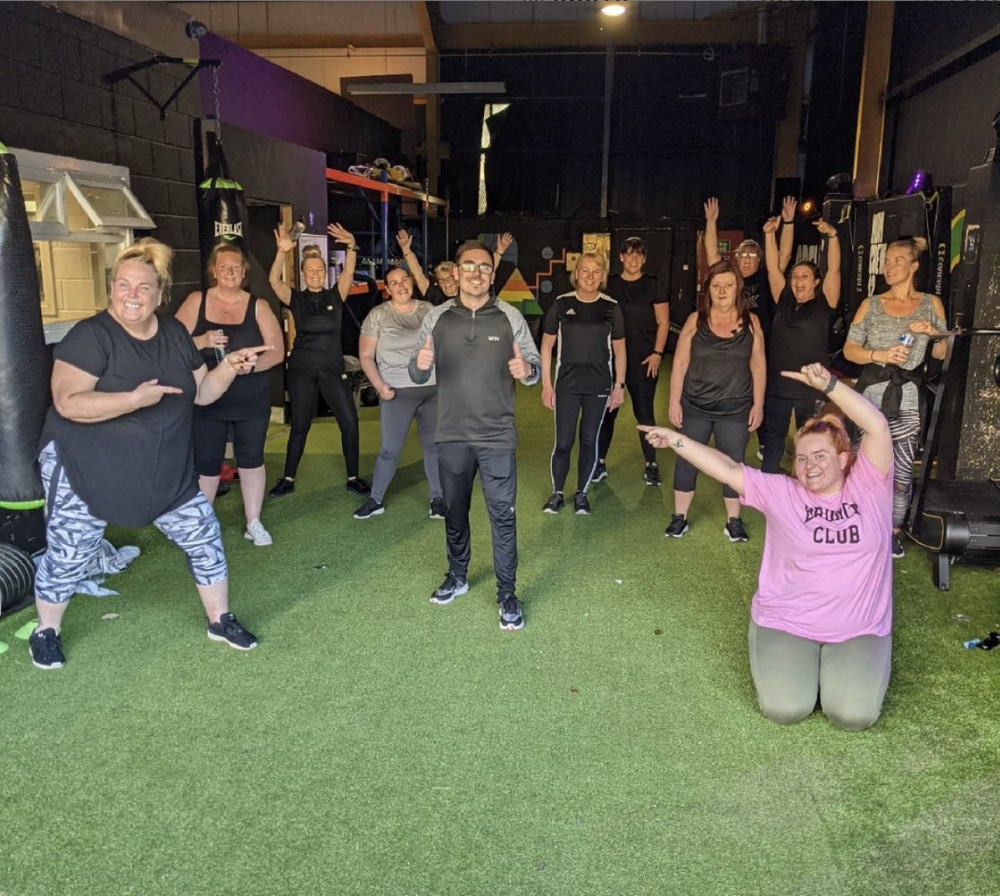 The group hopes to provoke changes to make the workplace better and more accepting of the real problems caused by the menopause, and offer practical help as well as emotional.

Lindzi goes ‘live’ for a chat every Tuesday evening around 7pm and on Wednesday evenings members of the group meet up at Crewe 42 gym on Gibraltar Way – near Costco – for a training session with PT Jay Harris: “And we do stand-up bingo while we exercise and the winner gets a prize,” smiles Lindzi, “a cooling mask or a pillow spray to help you sleep.

“Eventually we want to have coffee mornings and we’re hoping to start a hormonal harmony choir in September.”

She adds: “We want to have a bit of fun and say to women who have lost their way, this is who you are, you are a queen, you are one of us.

“We are in this together. You don’t have to go through the menopause alone.”