Merseyrail Ladies FC receives defibrillator donation after death of player’s brother - The Guide Liverpool
Contact Us Advertise with The Guide Our Video Services Follow us: 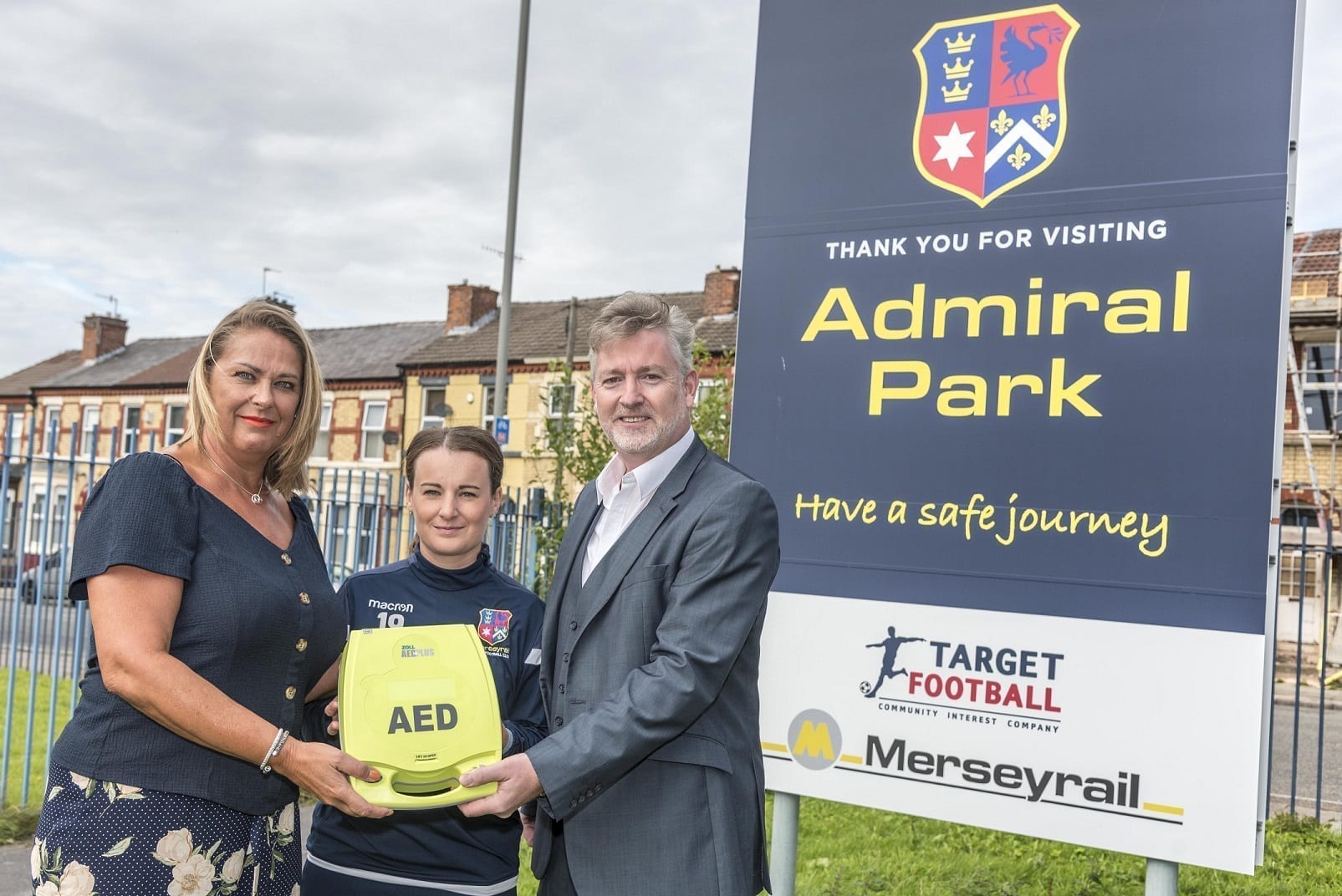 A local women’s football club has been donated a defibrillator after the sudden death of one of its players’ brothers.

Merseyrail Ladies FC received the kind donation from Concept Hygiene to be housed at their Admiral Park stadium in Toxteth – the first purpose-built stadium for a women’s football club in the UK.

It comes following the sudden death of Merseyrail Ladies’ centre midfielder Holly Parkinson’s brother Joe when he collapsed during a run in February 2012 aged just 21.

Holly, 26, from Prescot, said: “Joe came home from work and went for a run like he always did. He didn’t come home for hours afterwards. 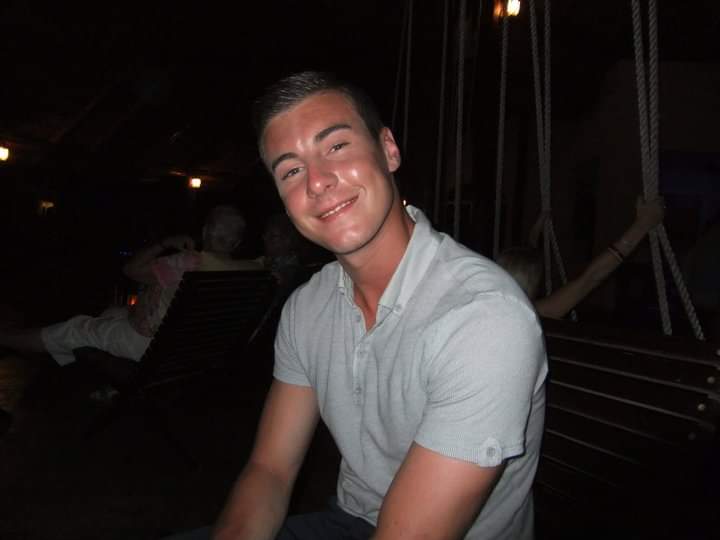 “We were all starting to worry and around midnight we got a phone call to say that he had been found collapsed and taken to hospital where he passed away.

“Joe had been diagnosed with a bicuspid aortic valve which has no symptoms and was totally undetected.

“Had a defibrillator been nearby Joe could have still been here with us now and received treatment.”

Merseyrail Ladies FC was formed in 2013 and is well on its way to becoming the largest women’s football club in the North West not attached to a male club.

The club is sponsored by local rail operator Merseyrail who have defibrillators in every single one of their stations.

Paul Bowen, Deputy Managing Director of Merseyrail, said: “We are incredibly proud to sponsor and work so closely with such a pioneering club as Merseyrail Ladies FC.

“Women’s football is the fastest growing sport in the country and it is a pleasure to be able to support a team that represents the game so well.

“At Merseyrail we are committed to the safety of – not only our passengers – but the wider community, and value the importance of the availability of defibrillators across the region.”

Holly added: “It’s amazing that the club have supported our awareness raising and have now got their own defibrillator.

“People are now taking notice – I think it has hit home because Joe was so young, fit and healthy.”

Holly and her family have worked tirelessly to fundraise and raise awareness of Cardiac Risk in the Young – raising thousands of pounds for defibrillators and free heart screenings for young people in the region. 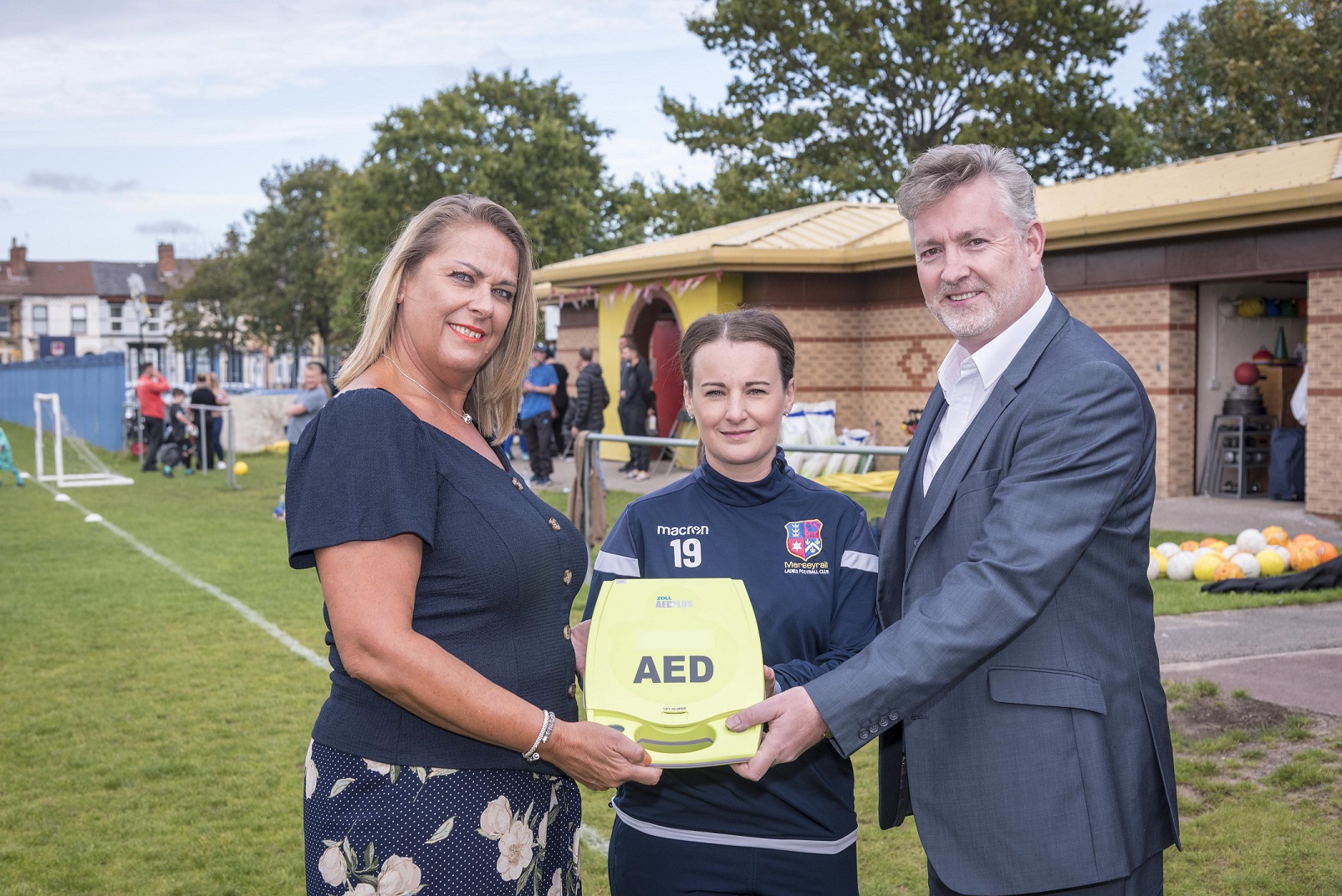 They also want more grassroots sports organisations to make sure they have defibrillators on-site to stop the same thing that happened to Joe happen to someone else.

Holly added: “Everyone in grassroots and amateur sports should have a defibrillator, especially as it’s something that people don’t think kids need.

“Twelve young people die every week from a heart condition – and if something happens on a playing field, that defibrillator could be the difference between life and death.”

Neil Lancaster, Chairman of Merseyrail Ladies FC, said: “Holly is such an important part of our team and it’s through Holly’s awareness raising that we have gotten a defibrillator here at Admiral Park.

“Cardiac issues are more prevalent in young people than we realise, and if having the defibrillator at the stadium can save one person’s life then it is absolutely worth it.”

“This device can increase the chance of survival from cardiac arrest by up to 80 per cent and ensures that the team, supporters and all staff are rescue ready. Good luck for the forthcoming season from all of us.”