Merseyside Police Commissioner launches her Police and Crime Plan for 2021-25 - The Guide Liverpool
Contact Us Advertise with The Guide Our Video Services Follow us:

Proactive policing, supporting victims and preventing offending are among the key priorities in the new Police and Crime Plan for Merseyside launched by the Police Commissioner today.

This key document sets out the strategic direction for the Commissioner’s work over her term of office and details how she will work with Merseyside Police and partners, on behalf of the public of Merseyside, to achieve her policing and community safety priorities.

The four-year plan was developed following an extensive six-week consultation, during which the Commissioner spoke to more than 1,200 members of the public, partners, key stakeholders and elected representatives about the issues that matter most to them.

She also consulted with the Chief Constable, Serena Kennedy, and the body which scrutinises her work, Merseyside’s Police and Crime Panel.

The Plan has been released today following official endorsement from Panel members. 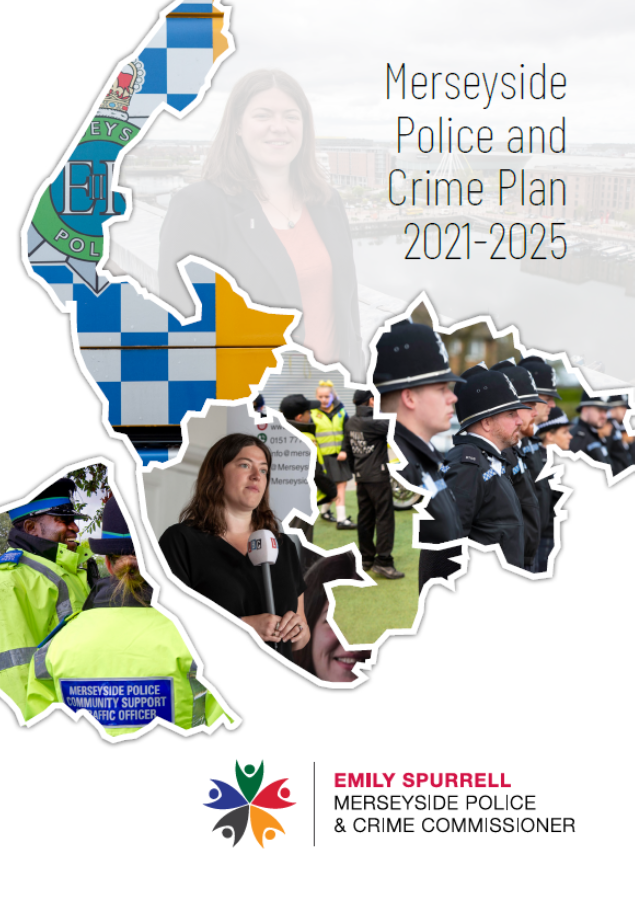 The report then details a series of objectives as to how the Commissioner intends to deliver on these priorities.

The strategic document, which the Commissioner is required by law to produce within her first year in office, also takes into account local and national policing requirements. The Chief Constable must have regard to the priorities of the Plan when planning the operational aims of Merseyside Police.

MORE - Beyond the Fringe: Everything you need to know about this weekend’s new Liverpool festival

Emily said: “My priority is the safety of everyone who lives, works and visits our fantastic region. This important document set out my vision for how we can build a Safer Merseyside for all.

“When I was elected in May I promised to be a visible, vocal Police Commissioner who responded to the concerns of residents across Merseyside. I have consulted extensively both during my election campaign and since taking office and listened closely to the views of local people and our partners.

“Tackling the serious, organised crime that blights our communities, keeping officers on our streets and providing the right care and support for victims were all issues that featured strongly in the responses and will be a key focus of my work during the next three years.

“Tackling violence against women and girls, acting early to prevent crime from happening in the first place and ensuring victims get the right response every time are also at the heart of my plans.

“As highlighted by the Police and Crime Panel, this Plan is very ambitious. It will require a great deal of hard work, determination and commitment to deliver, but I am committed to working in partnership with the force and all our partners in the public, private and third sectors to rise to the challenge and make Merseyside even safer.

“I would like to thank everyone across our region who took their time to share their views with me – your opinions were vital in the creation of this important document.”

The Plan is a living document which will be regularly reviewed and, if necessary, updated.

Read the Plan at HERE.

The Commissioner welcomes your views and feedback on this key document, please tell us what you think by emailing [email protected]

MORE - What is the Covid situation now and could we be facing another lockdown?