Metro Mayor calls for ‘revolution’ in walking and cycling across Liverpool City Region - The Guide Liverpool
Contact Us Advertise with The Guide Our Video Services Follow us: 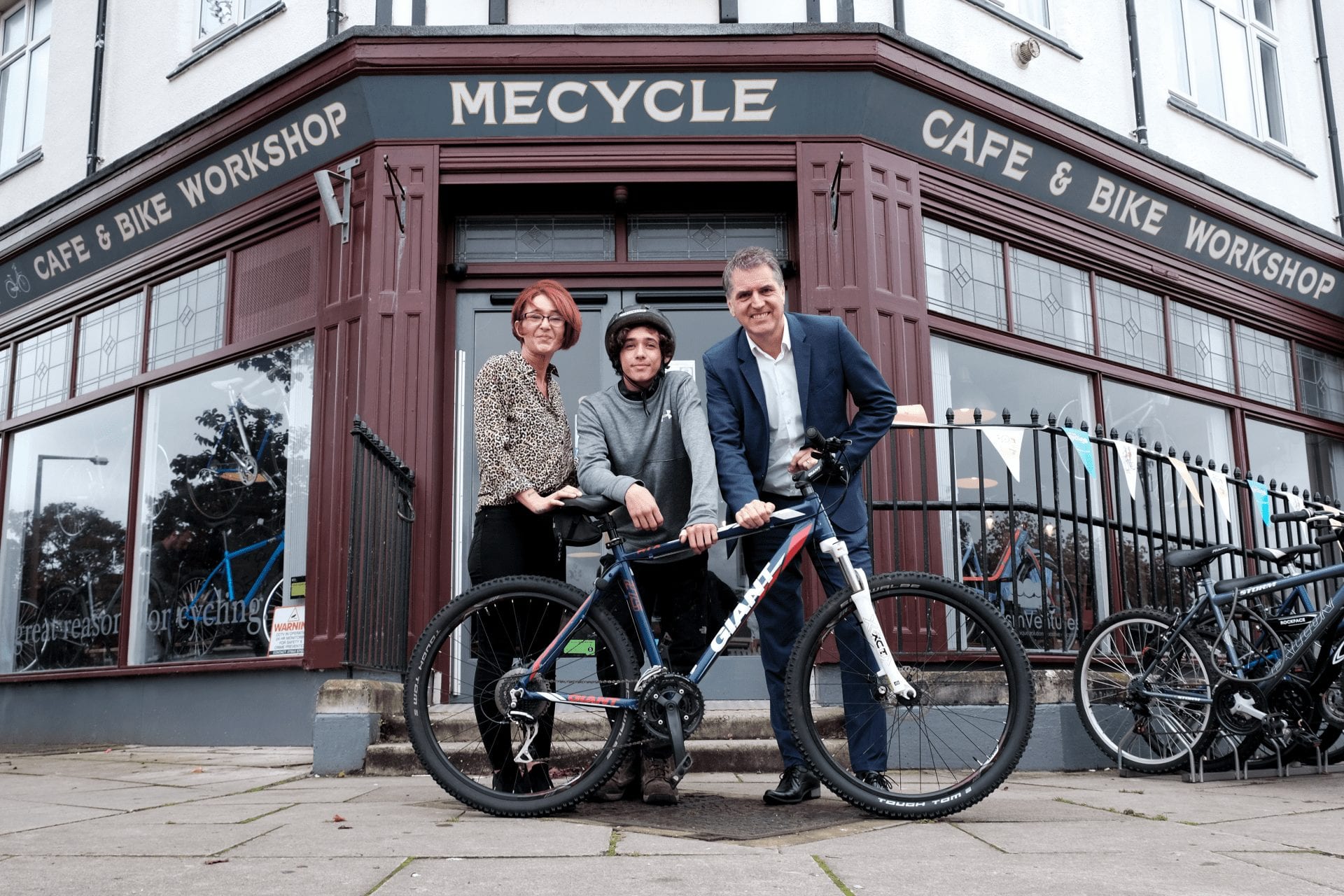 Metro Mayor Steve Rotheram has said that he wants to see an ‘active travel revolution’ in the Liverpool City Region over the next ten years, and called on people to leave their cars at home in favour of taking more short journeys by foot or bike.

Outlining his city region-wide vision for active travel – a catch-all term for walking and cycling – Metro Mayor,SteveRotherham said that it would improve air quality by reducing emissions, have a positive impact on health and wellbeing and help to boost the regional economy.

The long-term plan for cycling and walking infrastructure in the Liverpool City Region will be presented for approval at today’s Combined Authority meeting. The strategy details plans first announced last year for 600km of new and upgraded foot and bike paths across all six local authority areas – Halton, Knowsley, Liverpool, St Helens, Sefton and Wirral.

More than £16m in funding has already been committed to the first seven key routes, with construction set to begin next year. 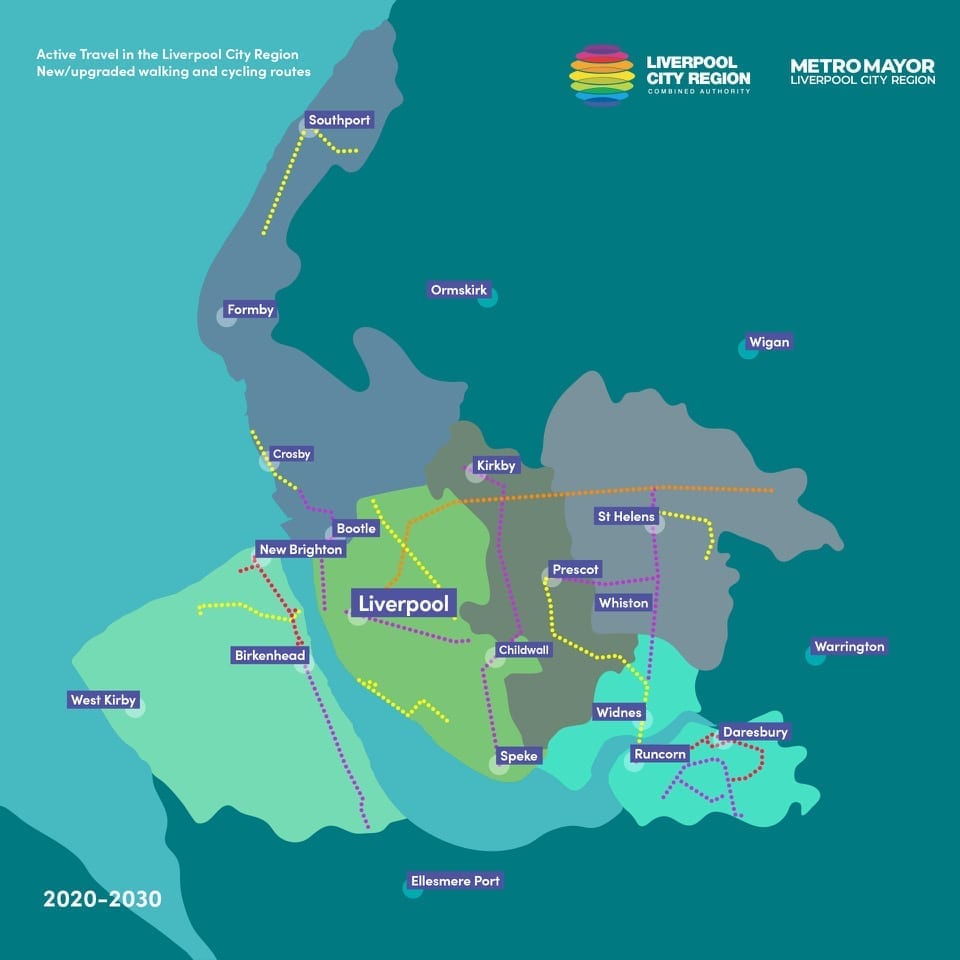 The network of foot and cycle paths will be linked to the wider transport network including buses, Mersey Ferries and the new trains arriving on the Merseyrail network from 2020 which offer level access and more storage space for bikes.

The Liverpool City Region has set a target to become zero carbon by 2040, with schemes to support walking and cycling initiatives having already cut carbon emissions in the city region by 1600 tonnes per year – equivalent to taking 350 cars off the road.

Research also shows that active travel can help improve people’s health and wellbeing. Regular walking and cycling reduces the risk of conditions like heart disease or stroke by 1/3, potentially saving the NHS hundreds of millions of pounds over the next decade. 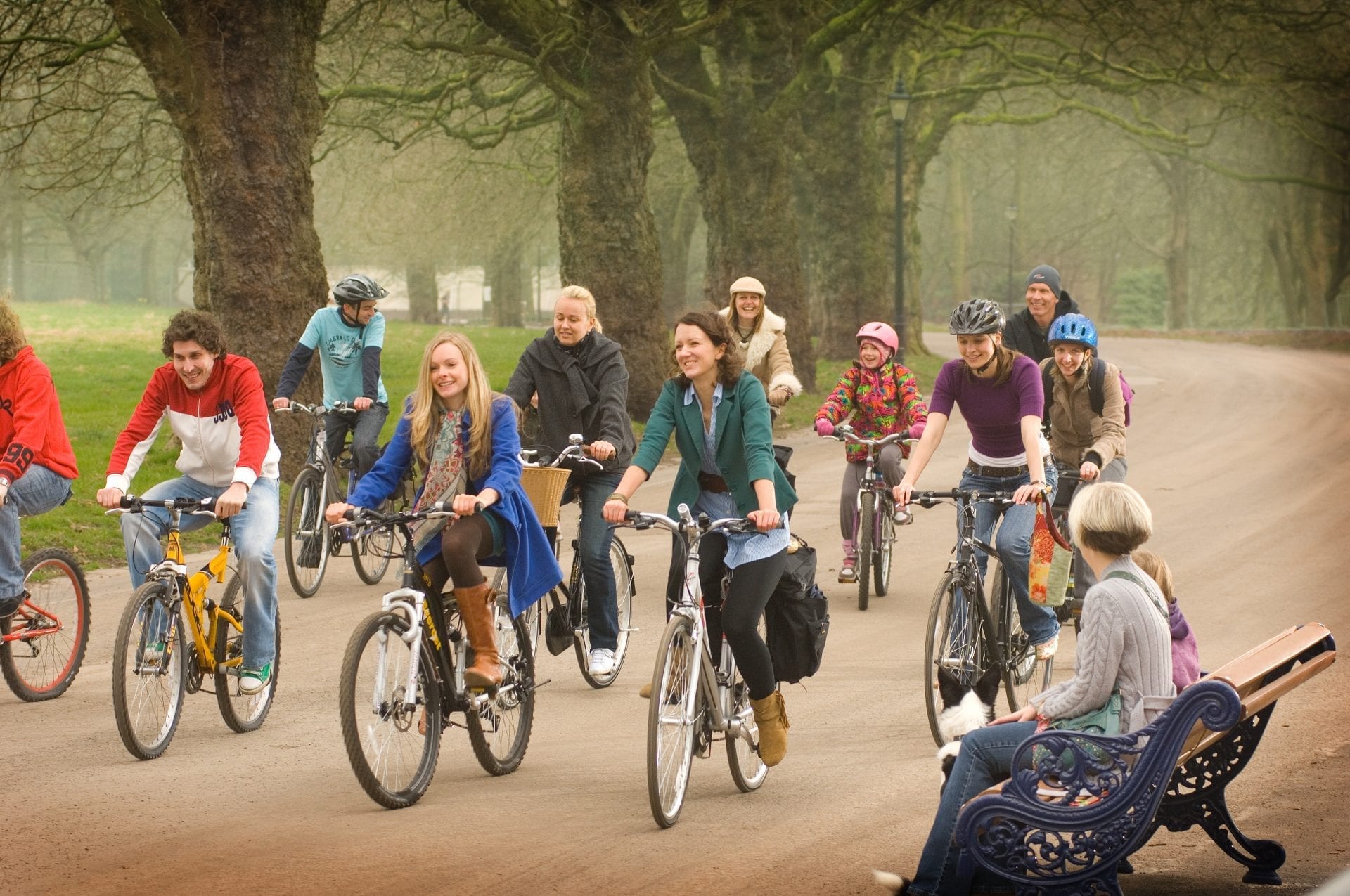 Jean Hunt, walking and cycling lead for Sefton Council said: “We really welcome the Metro Mayor’s call for an active travel revolution and are excited to be part of helping deliver it.

Getting more people to take journeys by walking and cycling will be hugely positive, not only for air quality and the environment but also for people’s health and wellbeing, with research showing that people who cycle regularly can have the fitness levels of someone ten years younger.

The important thing is that you don’t have to have done much walking or cycling in the past to take it up – it really is something that you can pick up any age and any experience level. In Sefton we work with the Combined Authority and other partners on projects to encourage active travel – from cycling groups to organised group walks.”

The push for more walking and cycling in the Liverpool City Region is also expected to help deliver on the Metro Mayor’s plans to revitalise regional town centres, with evidence indicating that improved walking and cycling facilities can dramatically increase high street footfall and boost retail spending by 30%.

Mayor Rotheram said: “We are living through a climate emergency – and it is our duty to leave a cleaner planet for future generations, but we need to work together to achieve this. That’s why I’m calling for an active travel revolution in our city region.

Building and improving our network of walking and cycling routes to make them safer and easier to use is vital, but we also need to make sure they’re part of our plans for a fully integrated local transport network.

But it’s not only about building infrastructure – we need a cultural shift so that people think about walking and cycling as a genuine alternative to the car. That’s why we’re driving forward with schemes to help people to travel by bike or foot, regardless of their background.

I’ve been pushing for more devolution and funding for rail in the North, but active travel could be just as important in the development of our city region – and it’s something we can step up and deliver without having to wait for Westminster.” 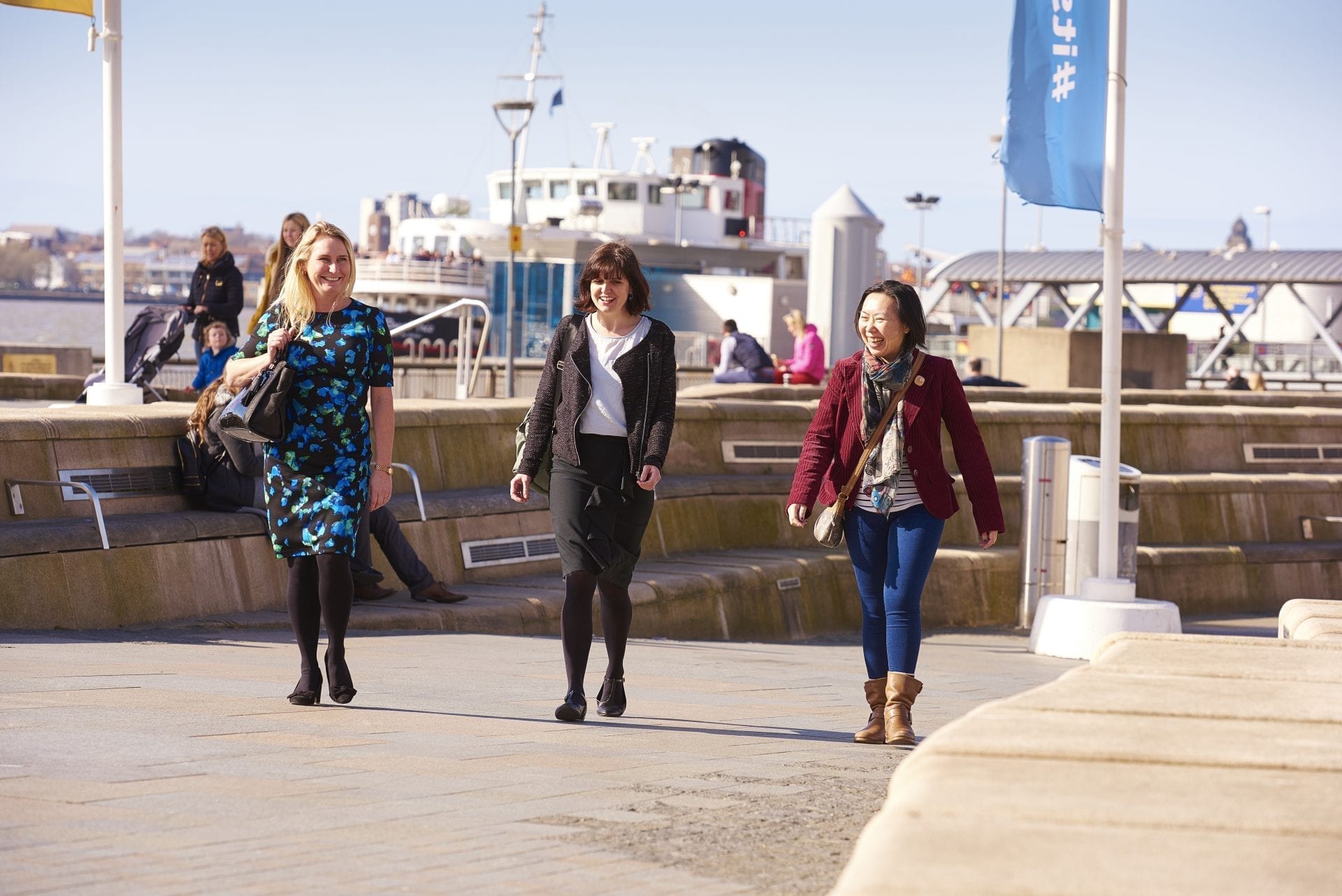 To date the Liverpool City Region Combined Authority has piloted, backed and funded a host of schemes designed to make walking and cycling easier, safer and more accessible to residents. These include training more than 8000 young people in cycle safety and supporting hundreds of co-workers at over a dozen companies across the city region to commute together on foot.

One of these initiatives, Bike for Work, provides free refurbished bikes and locks and holds cycle repair workshops to help newly employed people get to work. The project is delivered with local partners Mecycle in Ainsdale, Sefton and Merseycycle in Huyton, Knowsley and is aimed at ensuring that access to transport doesn’t impact someone’s potential to keep their new job.

Luke McGovern, 16, is a joinery apprentice from Tuebrook and one of the people to receive a bike from the scheme.

Luke said: “Having a bike is going to be a massive help. I work all over Liverpool and the Wirral, and I need to take the train out to college, so it’s going to help me get where I need to go.

Once the new routes are built it’s going to be much safer and easier to get around, and I think people are going to want to walk and cycle much more.”