Mother Dough cookery classes in Liverpool sharing restaurant kitchen skills with children - The Guide Liverpool
Contact Us Advertise with The Guide Our Video Services Follow us:

Glenn Stavers and Georgia Riley both lost their jobs in the pandemic, but decided to use it as an opportunity to launch their own business, Mother Dough Culinary.

Combining their experience, they have been running three different classes for youngsters aged from five to 16, teaching them everything from how to cook the perfect steak to baking bagels and breadsticks.

Glenn explains: “I already have a business working in education, I’m a dance teacher in several secondary schools across the region, and I also used to work as a waiter and a standards manager in a restaurant. That was where I met Georgia, she was the second chef there.

“When we both became redundant during Covid we just had a meeting of minds really. We already had a good working relationship and she had a set of skills she was looking to utilize, I was quite passionate about children learning life skills so that’s when we came up with the idea of cookery classes.

“There are a lot of schools that do still do cookery or food science as part of DT but what they do is quite limited and if it is done now it makes up a very small part of the curriculum. They have to work with the equipment they’ve already got and they don’t necessarily have a large budget. We wanted to offer more, and something different which used Georgia’s professional kitchen background.”

MORE - WATCH: All of the events coming to Camp and Furnace this Spring

The pair began working on their Mother Dough Culinary project last summer and started their first classes in September at Our House Community Hub on Heathcote Road in Walton.

Each term-time Saturday, they now run three hour-long sessions for 5-7 years, 8-12 years and 13-16 years. All the necessary equipment and ingredients are provided, and young chefs get to go home with their creations and a recipe so they can make them again then share the results on Mother Dough’s Facebook page.

Glenn says parents of younger children tend to bring them along each week, and classes are often fully booked. 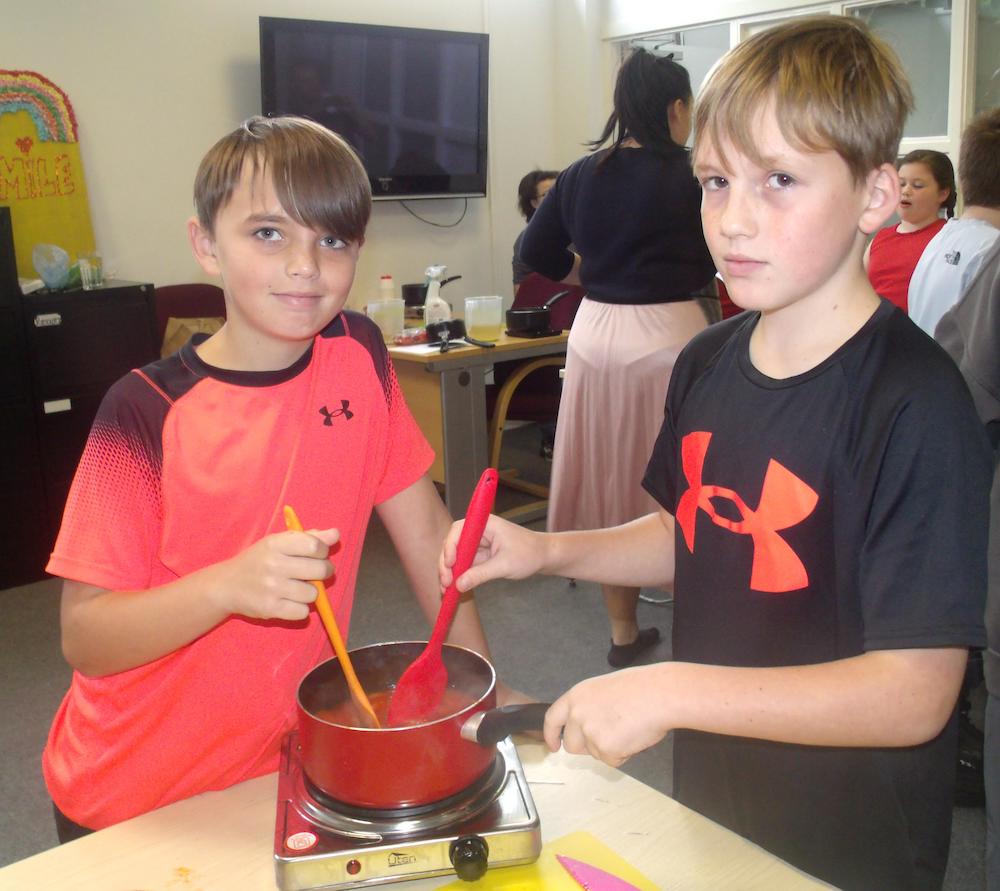 “Teenagers will do it more under their own steam, so it might be that it’s suggested to them by a parent, they’ll come along to one or two sessions and then if they enjoy it and they’re keen they’ll come on the bus or walk themselves here,” he adds.

Classes are usually themed, starting with base skills such as knife skills, and including a mix of sweet and savoury dishes.

“Our last term was focused on pastry, so we did lessons on choux, puff and rough crust, and we’ve also done a term on meat so things like chorizo and how to best cook steak. We’ve been quite ambitious with some of our recipes, we’ve done eclairs and poached pear tart recently, but we also want to teach the children how to cook dishes they’ll use quite regularly, not just things that are going to be impressive.”

He believes cookery skills are a life essential for all ages, but the main thing is to make learning fun and engaging.

“The middle age group especially like trying to beat each other,” he says. “They like to see whose has turned out the best, if someone’s goes a bit wrong we have a bit of a joke about it and see how it can be improved and if someone’s got the best everyone wants to go over and have a look and ask questions.

“Georgia will explain it’s because they’ve done X or Y, maybe they’ve stirred slowly, or were very vigorous, or they measured the ingredients really carefully, so as well as getting the benefit of her real-life professional kitchen experience, everyone learns from each other as well.”

Teenagers pick up skills which will hopefully help them be more self-sufficient when they leave home or head off to university.

“Being able to cook when you leave home doesn’t just mean you’re not living on takeaways, it can also be a social thing, it helps to build bonds and relationships so it’s quite an important social skill to have too.”

Glenn says regardless of age, the one thing all the young chefs love is being able to show off their culinary creations to their families.

“There are lots of times where nan or an auntie is the main cook in the family, and when one of the children has just baked something for the first time, they’re excited to take it home to her and get her opinion because they’re so proud of it.

“It’s good to have the practical cooking skills, but that feeling of a sense of achievement and the self-confidence that comes from knowing what you’re doing with ingredients is a really great thing.”