Netball captains from around the world kick off the Vitality Netball World Cup 2019 in Liverpool - The Guide Liverpool
Contact Us Advertise with The Guide Our Video Services Follow us: 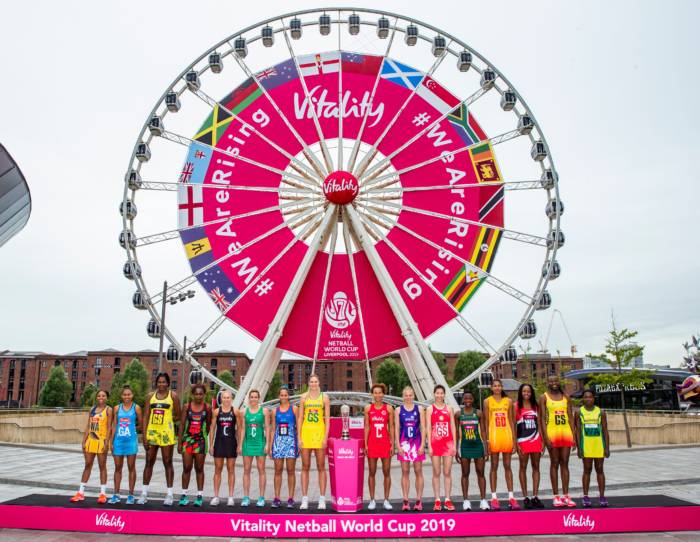 The 16 captains from all the international teams competing at the Vitality Netball World Cup 2019 came face-to-face for the first time in Liverpool to officially launch the tournament and welcome the trophy to the city.

Ahead of the first match this Friday 12th July, the captains united in front of the iconic Wheel of Liverpool, which will be flying the flags of all the nations throughout the duration of the tournament.

The wheel will also promote title sponsors Vitality’s #WeAreRising campaign, which was launched last week by the innovative insurance and investment business.

MORE: Everything you need to know for this year’s Vitality Netball World Cup 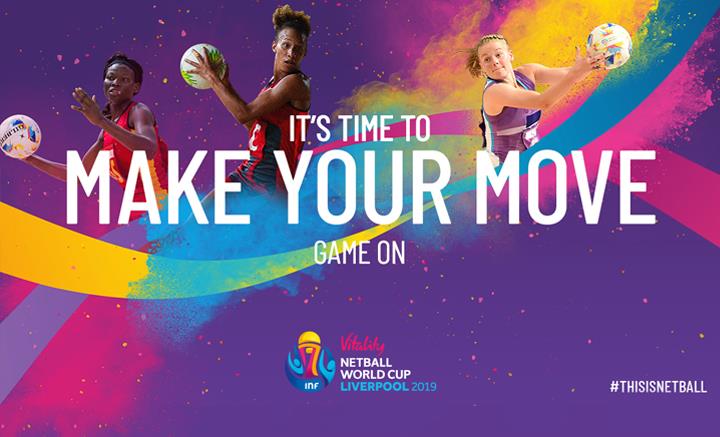 #WeAreRising will champion and celebrate the Vitality Netball World Cup 2019, as well as inspire more people to participate in the sport. As part of the campaign, Vitality has pledged that for every 100 goals scored during the Vitality Netball World Cup, they will provide funding for one person to obtain a UKCC Level 1 Assistant Qualification Coaching Certificate through England Netball.

Speaking at the launch of the Vitality Netball World Cup 2019, England Roses Captain Serena Guthrie said: “As a team we can’t wait for the tournament and our first game to get underway on Friday, and the fact that it’s on home soil is making it even more exciting for us.”

Chrissy Fice, Brand Director at Vitality UK, spoke about the power of the Netball World Cup as a platform to help grow grassroots netball and get people more active: “This year we’ve seen a fantastic surge in support and interest for women’s sports and are delighted to be a part of this through our support of the Vitality Netball World Cup. At Vitality, we use the power of sport to encourage people to be more active, collaborating with elite athletes, clubs and teams to drive participation at every level. Our title sponsorship of the Vitality Netball World Cup is a core part of this work. We’re looking forward to a summer spent inspiring more people to get involved in and playing netball, as well as watching teams from around the world compete in what will be a thrilling tournament.” 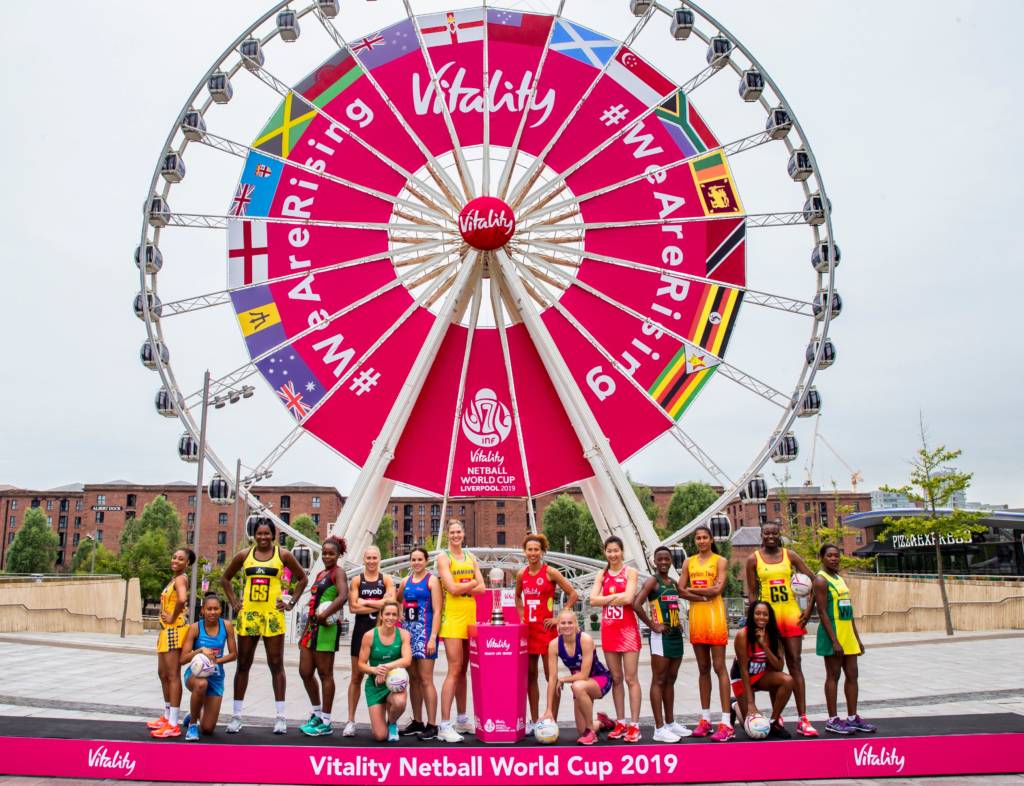 Lindsay Impett, Event Director, at Netball World Cup Ltd, said: “With just days to go before the Vitality Netball World Cup 2019 gets underway, there’s so much excitement surrounding the tournament as netball’s elite international players are set to become the focus of world sport this month. Along with Vitality as our title sponsor and our other tournament partners we’re welcoming the world to Liverpool this week for what promises to be an amazing spectacle as the top 16 international teams compete for the sport’s ultimate accolade.”

Hon. Molly Rhone, INF President, added: “The Captains Call is a special moment for the INF as it officially launches the Vitality Netball World Cup 2019, the highlight of the international netball calendar. This year marks the 15th Netball World Cup and the event is set to enhance the sport around the world, empower more women and girls than ever before, and place netball in front of millions. Our captains who represent the top 16 netballing nations are wonderful role models and elite athletes that exemplify everything that netball stands for. It is a delight to see them come together in Liverpool to kick off what is set to be a thrilling tournament.”

All 16 captains were in attendance to mark the occasion:

The Tournament kicks of this Friday 12th July at the M&S Bank Arena Liverpool. For more information on this year’s tournament, please visit the Vitality Netball World Cup website. Also check out our article on the opening ceremony here.