A dazzling and heart-warming stage show charting the careers and relationship between Hollywood mother and daughter Judy Garland and Liza Minnelli is going on a UK tour which will open many theatres out of lockdown, heading for New Brighton’s Floral Pavilion on Friday 4 June.

Captivating audiences for a decade, Judy & Liza will embark on a national tour throughout May and June 2021 to mark the show’s landmark 10th anniversary visiting Worcester, Leeds, Chesterfield, Lytham St Annes, New Brighton, Coventry, Clwyd, and Lichfield. A London date will also be announced soon. 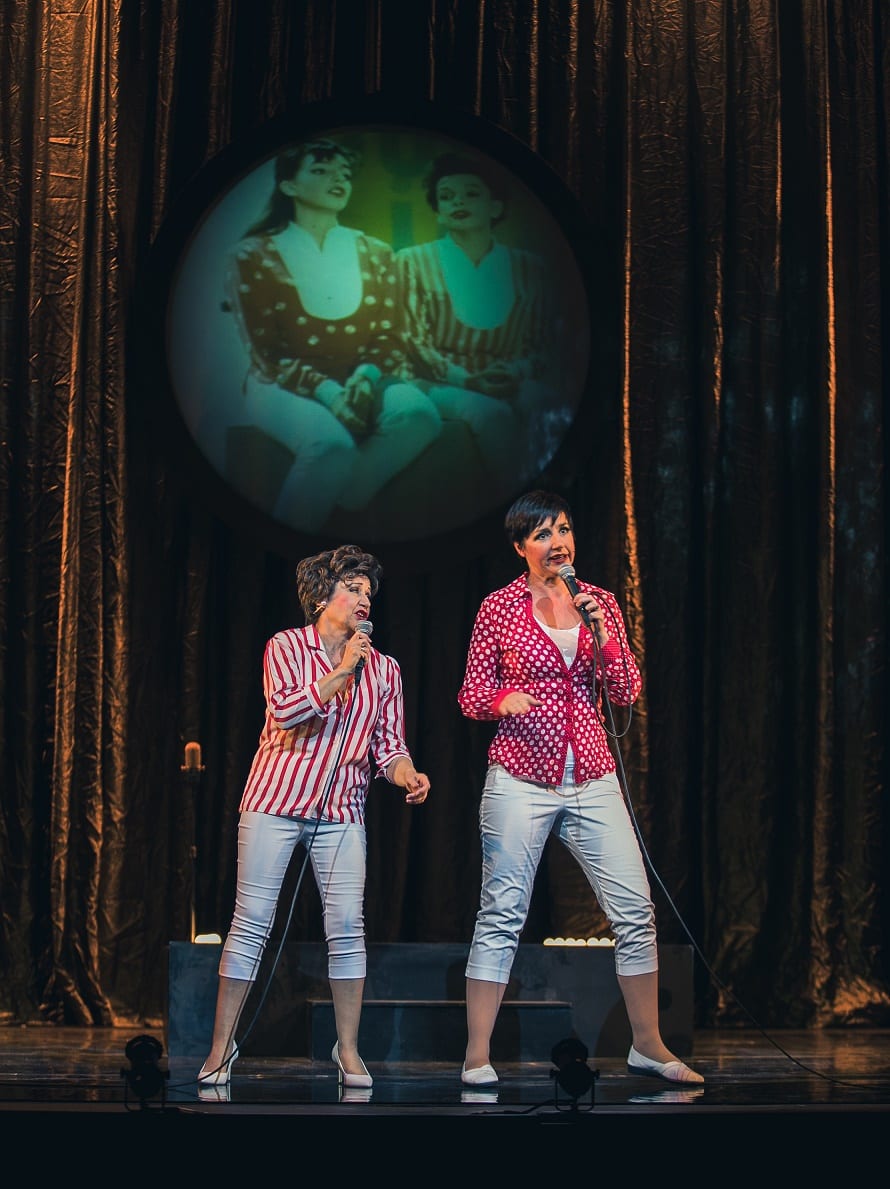 The show is thought to be one of the first shows to tour the UK post lockdown, coinciding with the Government’s roadmap for the easing of lockdown restrictions. Social distancing and any further required measures will be in place to ensure Covid-secure environments for audience safety.

Judy & Liza is produced by Bill Elms Productions and On Song Productions; created and written by West End performer Emma Dears who appears as Liza Minnelli; with Francis Goodhand as musical director.

Emma performs alongside Helen Sheals, who plays Judy Garland. Together they belt out timeless classics with uncanny resemblance of Judy and Liza, bursting with their unrivalled and elusive star quality. 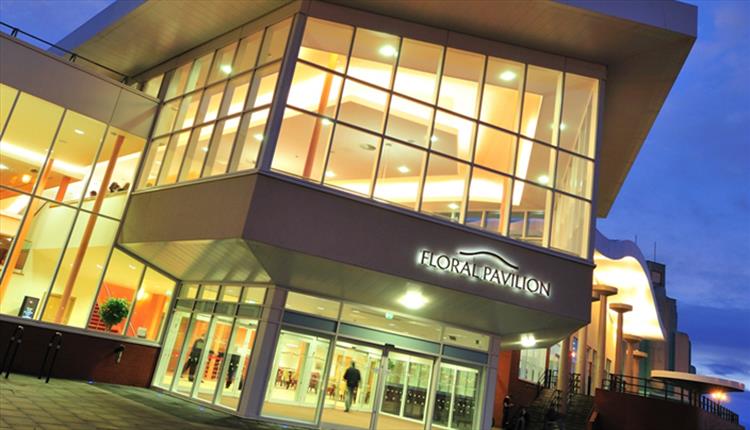 The incredible talents of two of the biggest names in Hollywood showbusiness – mother and daughter Judy Garland and Liza Minnelli – are reunited thanks to this sensational musical experience.  This dazzling production tells the turbulent tale of the stars against the backdrop of their infamous 1964 London Palladium concert. Audiences are taken on an emotional rollercoaster journey as they discover the uncanny parallels between some of Judy and Liza’s most iconic songs and their own personal lives.

The show features performances of iconic songs including Cabaret, Maybe This Time, Over The Rainbow, The Man That Got Away, The Trolley Song, and Together Wherever We Go. 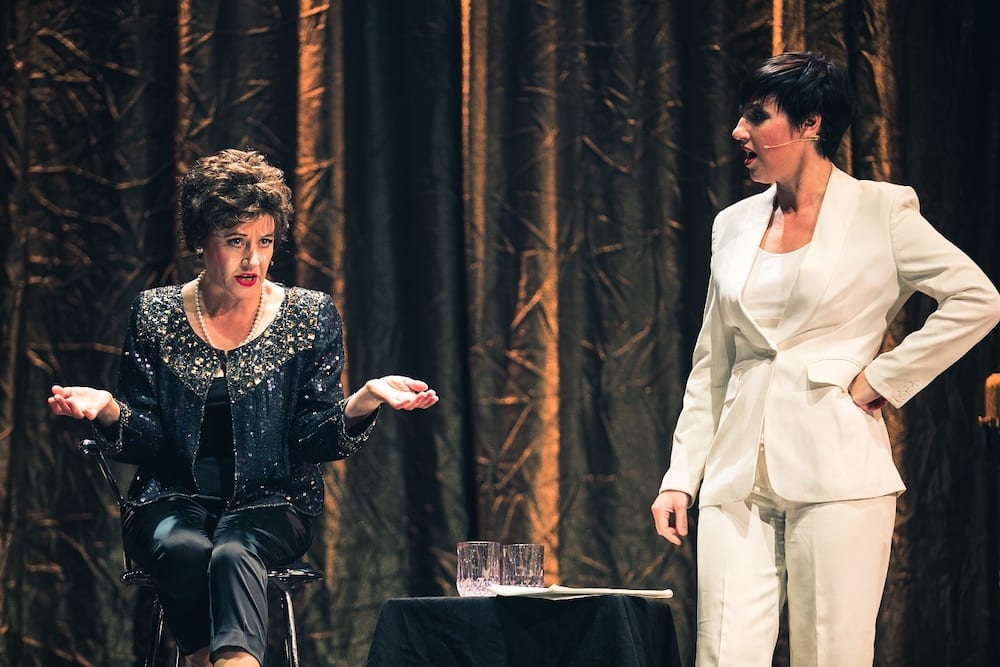 Liverpool-born actress Emma Dears self-penned the musical biopic to critical acclaim. Emma’s acting career began at the age of nine when she toured the UK in the title role of Annie. She later headed to London to join the Italia Conti Academy for Performing Arts, however she left before completing the course as she was offered a part in the tour of Les Miserables performing in Dublin and Edinburgh. Emma’s West End roles have included Les Miserables, Miss Saigon, and Oliver. Television roles include Emmerdale, Nice Guy Eddie, Shameless, Hollyoaks, Brookside, and Second Coming.

Helen is widely known for her roles in Coronation Street and Downton Abbey. However, Helen is no stranger to portraying Judy Garland having previously played the title role in the West End musical Judy! at The Arts Theatre in London. Her extensive theatre roles have included Mistress Quickly in Merry Wives and Goneril in King Lear for Northern Broadsides, directed by Sir Jonathan Miller; Mari Hoff in The Rise and Fall of Little Voice (Hull Truck and UK Tour); and Shirley Valentine. Helen’s TV credits include Brookside, Meterosexuality, Family Affairs, Last Tango in Halifax, Silent Witness, Holby City, Casualty, Doctors, Dalziel and Pascoe, and Mrs Wigan in three seasons of Downton Abbey. 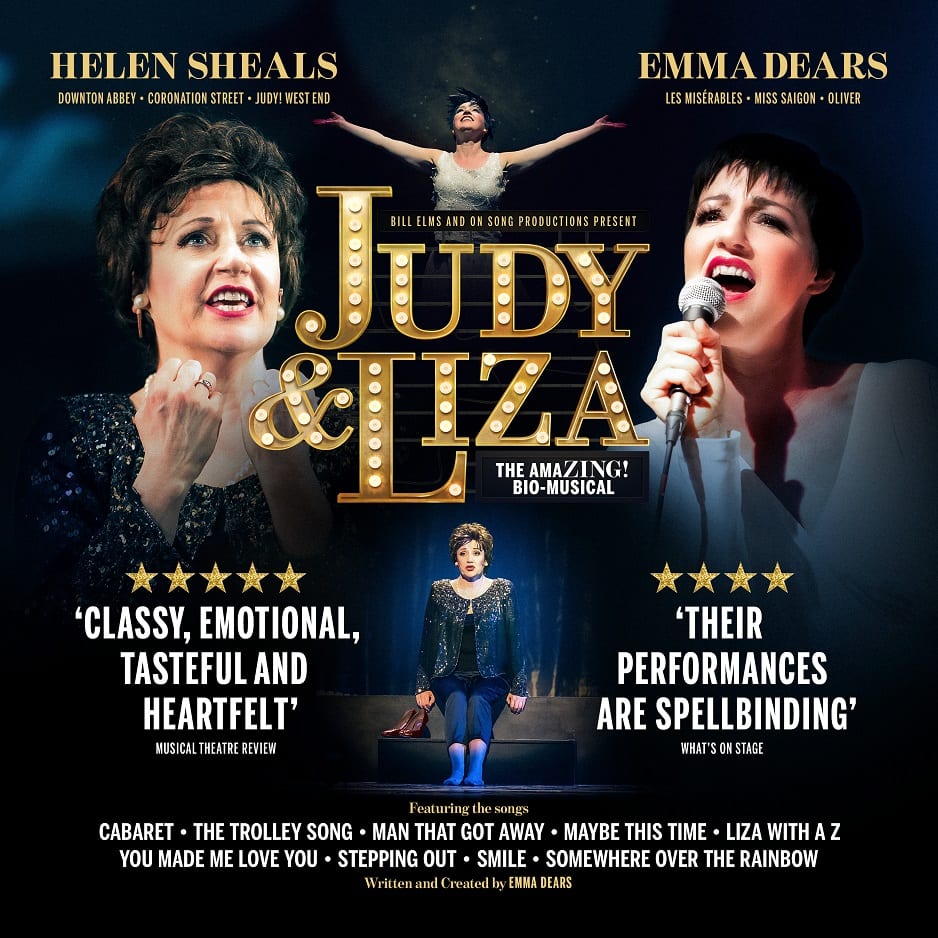 “We are thrilled to finally announce the 10th Anniversary UK tour of Judy & Liza, it’s a production very close to my heart as I worked on the very first show. It is going to be a very special tour, as for many of the theatres, this will be their first show of the year, as we come out of lockdown. We can promise audiences a safe and very memorable experience as they rediscover the joy of live entertainment through this captivating show.”

“It is with pure excitement that we can take Judy and Liza’s emotional and iconic story on the road. As performers, we crave being in front of a live audience – seeing, hearing and feeling their reactions, it gets no better than that. Whether you’re a fan of Judy or Liza, or both, their story is unique. The show is full of love, heartache, and passion, and Helen and I have worked tirelessly to make sure we get every tiny detail just right. Join us for an evening with the mother and daughter who really did put the ‘show’ into showbiz.”

To find out more visit www.judyandliza.co.uk 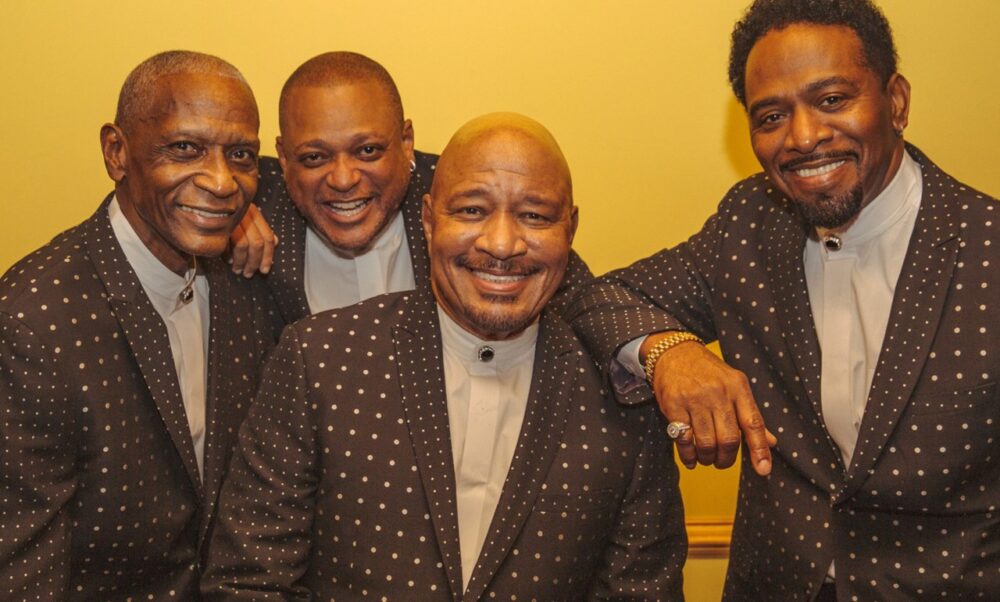