New play exploring impact of Hillsborough on survivors to be staged at Liverpool Theatre Festival - The Guide Liverpool
Contact Us Advertise with The Guide Our Video Services Follow us:

A powerful new play which looks at the impact of the Hillsborough disaster on the lives of survivors is being staged as part of this year’s Liverpool Theatre Festival.

Tom Cain from Southport wrote 97+ as part of his final year dissertation for his drama degree at Edge Hill University.

He interviewed survivors and set out to discover their stories and how they coped in the aftermath of the tragedy.

The play was first performed as part of Little LFT in May this year and received such a positive and emotional reaction from audiences that now it’s being brought back as part of the line-up at the award-winning main festival in September.

97+ centres around the lives of four main characters, each affected by trauma in different ways, which 22-year-old Tom created by combining the real life recollections of fans he spoke to.

“My grandad was a survivor so I knew about Hillsborough from an early age. He was a typical grandad who didn’t really speak about his feelings much, but whenever I asked him about Hillsborough I could tell it was a really sensitive subject for him so I was intrigued to find out more about what actually happened.

“When I decided to write a piece about the disaster for my dissertation I was desperate to make sure that every fact was correct. Obviously there was such bias in the media surrounding Hillsborough, I was very conscious that I had to make this accurate.

“I collaborated with the Hillsborough Survivors Support Alliance, a charity set up by survivors for survivors. I joined their Facebook group page, said I was looking to interview people and I asked for volunteers. At that stage I didn’t know exactly what I was going to write, I just knew I wanted it to be about Hillsborough to educate audiences and help get the truth out.

“I did about 10 interviews and the stories that they told me were really shocking.

“I didn’t want to make anyone identifiable, or base a character on someone specific, so although I quoted what was said to me I used those quotes in all the characters rather than just one.

“I wanted to blend together the stories to make this whole play and then the storyline really just wrote itself because of what they told me.” 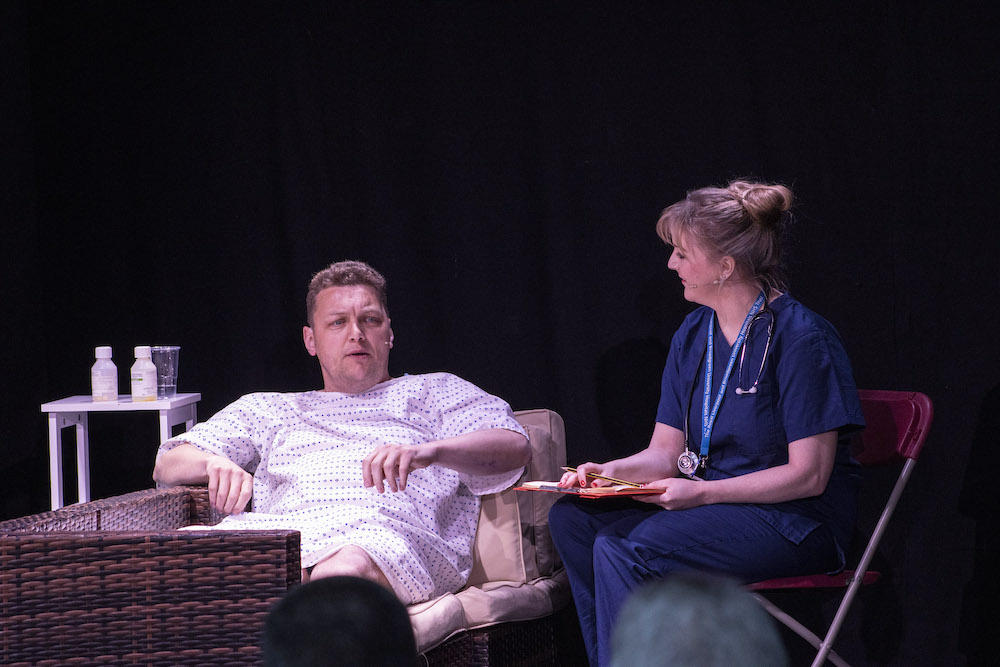 The piece helped Tom to achieve 92% in his dissertation which contributed to a first in his degree, and after graduating he set about getting it in front of an audience.

He sent off the original two-and-a-half-hour play, with nine characters, to Liverpool theatres and condensed it a shorter version with four which he submitted to a few competitions and to Liverpool Theatre Festival.

“I was told back in April that I’d been selected to have it performed at the Little LTF, then I had a month to get a cast, buy all the set and props, get a full team together and put one performance on which we did.

“I felt like I was waiting for this opportunity for many years, so I did feel prepared and I had the best cast and stage crew I could have asked for. I was really fortunate to have friends and family to support me, and Edge Hill were really good, they allowed me to use some of their props department and one of my lecturers is actually cast in the play. 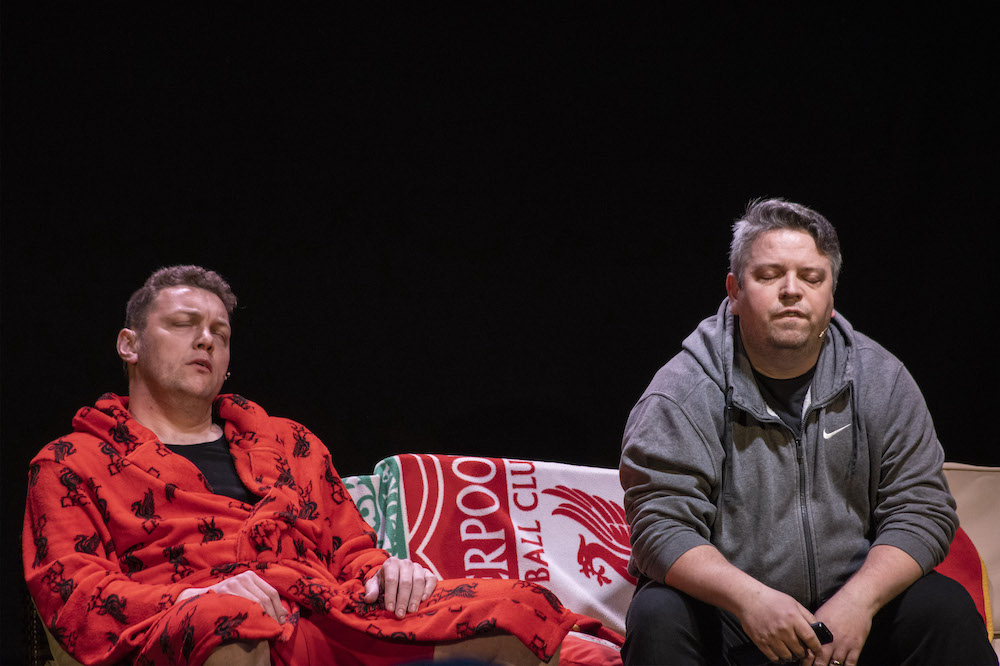 “I’ve directed pieces for amateur theatre companies a couple of times, and I run a drama club for kids at YMCA in Southport, but as a professional one based on my own writing this was my first.

“We got such good reviews and one of the survivors I interviewed came to watch the performance. Afterwards we just gave each other a big hug, he said it was so accurate, quite hard to watch, but it would raise awareness of what the truth really was.”

LTF creator Bill Elms says the overwhelming reaction it received on its debut was enough to convince him it should have a wider audience.

“You are always slightly nervous presenting something connected to such a terrible tragedy, especially in a city like Liverpool, but this production is so incredibly powerful, emotional and so well presented that it deserves to be shown – it deserved the standing ovation it received.

“It tells the story of two characters following the aftermath of witnessing a terrible disaster and how they are still trying to cope many years later and continue their lives.

“I’m really pleased that Tom has been selected to present the play at the main festival, it’s a play that should be seen by many, especially to a new generation as an education to the injustice that took place. Tom has a huge future ahead of him, I hope LTF can claim to have discovered a new talented writer.”

Liverpool Theatre Festival 2022 is at the Bombed Out Church from August 31-September 11. Tom’s play, 97+, will have two performances on September 9. Find out more and book tickets HERE.