NHS workers star in new Tate Liverpool portrait exhibition - The Guide Liverpool
Contact Us Advertise with The Guide Our Video Services Follow us:

NHS workers from Merseyside are the stars of a new exhibition at Tate Liverpool which features portraits showing their lives during the pandemic.

Artist Aliza Nisenbaum said she wanted to “pay tribute” to key workers in the project, commissioned by the Tate Liverpool gallery. 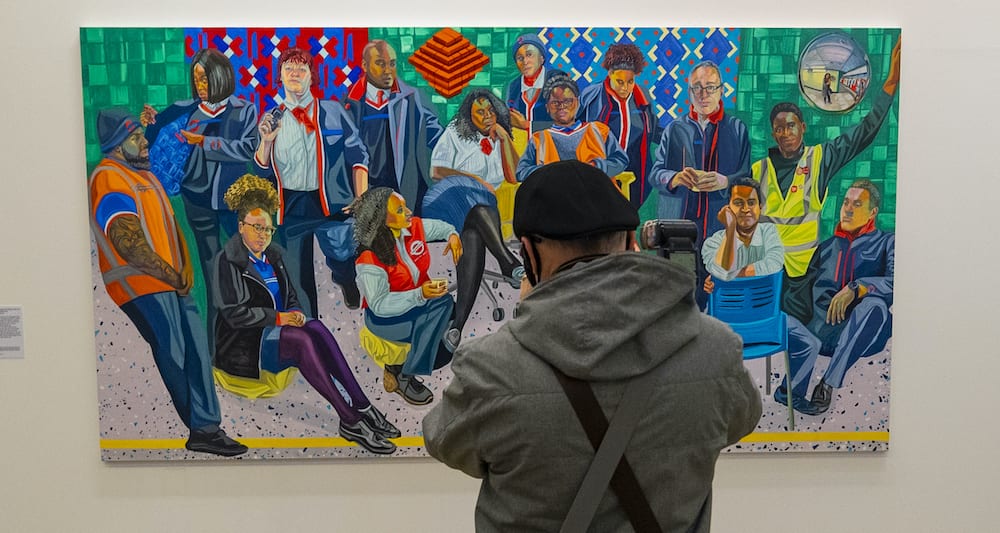 A person looks at a painting during the opening of Tate Liverpool’s exhibition of Liverpool NHS worker portraits.

The subjects include nurses, doctors, a hospital porter, a chaplain and Sage (Scientific Advisory Group for Emergencies) member Professor Calum Semple, painted alongside items which gave them support, hope or became more meaningful during the pandemic.

Aliza said she hoped to show how the workers balanced their jobs with their home lives.

She said: “I realised how their jobs are really a vocation of service because this was something they were putting their life on the line for.

“I tried to think about how they balance life and how they deal with things like being parents.

“Some of their children would beg them not to go to work.”

Among those featured in the portraits is Ann Taylor, a substance misuse specialist nurse at Arrowe Park Hospital in Wirral, who said she applied to be a part of the art project “on a whim”. 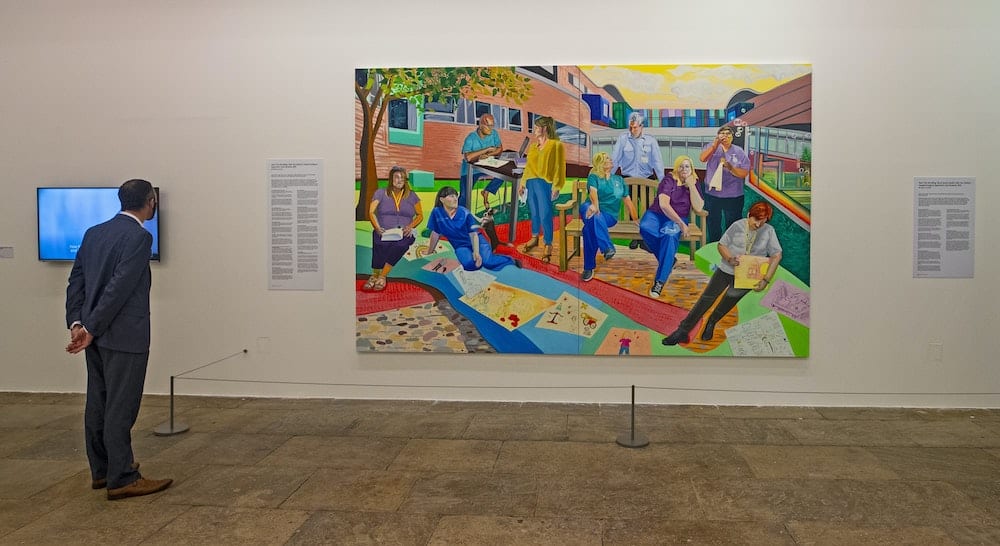 She said: “I’m 63 years old and it was the thought of hanging on the wall of the Tate and having my 15 minutes of fame so I decided to just go for it! It’s been a lovely, lovely process.”

Mrs Taylor’s daughters, Claire, 44, and Joanne, 42, have also been caring for others during the pandemic, Claire in a care home and Joanne as a nurse at the Royal Liverpool Hospital.

She chose a picture of her family when asked for an object to represent something that helped emotionally.

Kevin Henderson, 53, a porter at Alder Hey Children’s Hospital, is featured in a group portrait with colleagues from the accident and emergency team who had been giving each other “team time talks” to share their experiences.

During the first wave of the pandemic the hospital had a ward of adult coronavirus patients and Mr Henderson, who has worked at Alder Hey for 13 years, had to take an adult to the mortuary for the first time.

He said: “The consultant could see I was a bit upset by it and asked me to give one of these talks. A couple of weeks later I was told an artist wants to come and do a portrait of us.

“How many people can say they are on a portrait in the Tate? It’s obviously something to tell the grandchildren once they come along.” 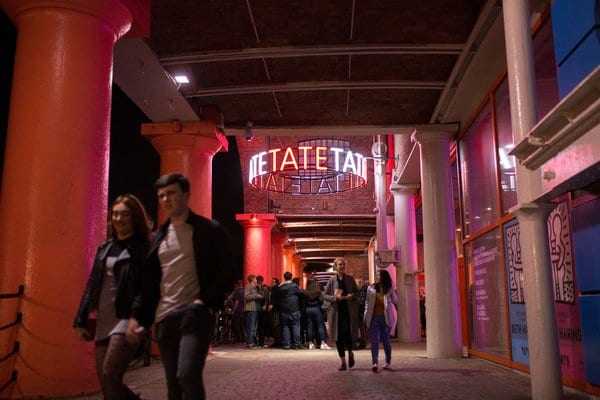 Prof Semple, a professor of outbreak medicine, appears in his portrait playing the bagpipes.

Nisenbaum said: “He was such a fascinating person to speak with. It was just interesting to see how many hobbies he had.”

Prof Semple said: “I’m often the person that’s bringing bad news to the public and there are many people that don’t want to hear it.

“We’ve got to persuade people that we are working for their wellbeing and that life will get better.”

– The exhibition will run at Tate Liverpool from Tuesday until June next year.