Nile Rodgers and Chic have been added to the LIMF 2019 lineup! - The Guide Liverpool
Contact Us Advertise with The Guide Our Video Services Follow us:

Nile Rodgers and Chic have been added to the LIMF 2019 lineup! 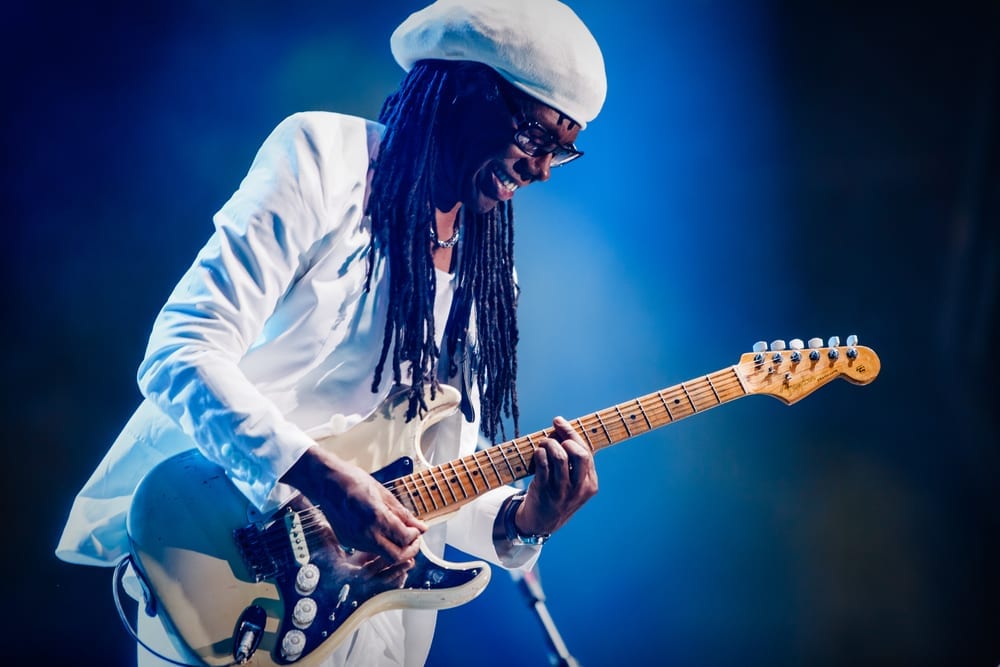 Home › Culture › Nile Rodgers and Chic have been added to the LIMF 2019 lineup!

Yes you heard right Nile Rodgers and LIMF, in the same sentence!

The one and only Nile Rodgers and Chic will perform live at Sefton Park this summer part of LIMF 2019.

We genuinely didn’t think the LIMF 2019 line-up could get any better.

With SIMGA, Ella Eyre, 3Beat 30, Disco Classical with special guests Sister Sledge featuring Kathy Sledge, De La Soul and more than 50 others, the two-day, annual festival is on fire. But wait, it gets even better.

Grammy Award-winning disco funk legend, Nile Rodgers and his band, Chic have been confirmed to play Central Stage on Saturday night and our heads have fallen right off.

Book your ticket for LIMF 2019 here before it sells out. 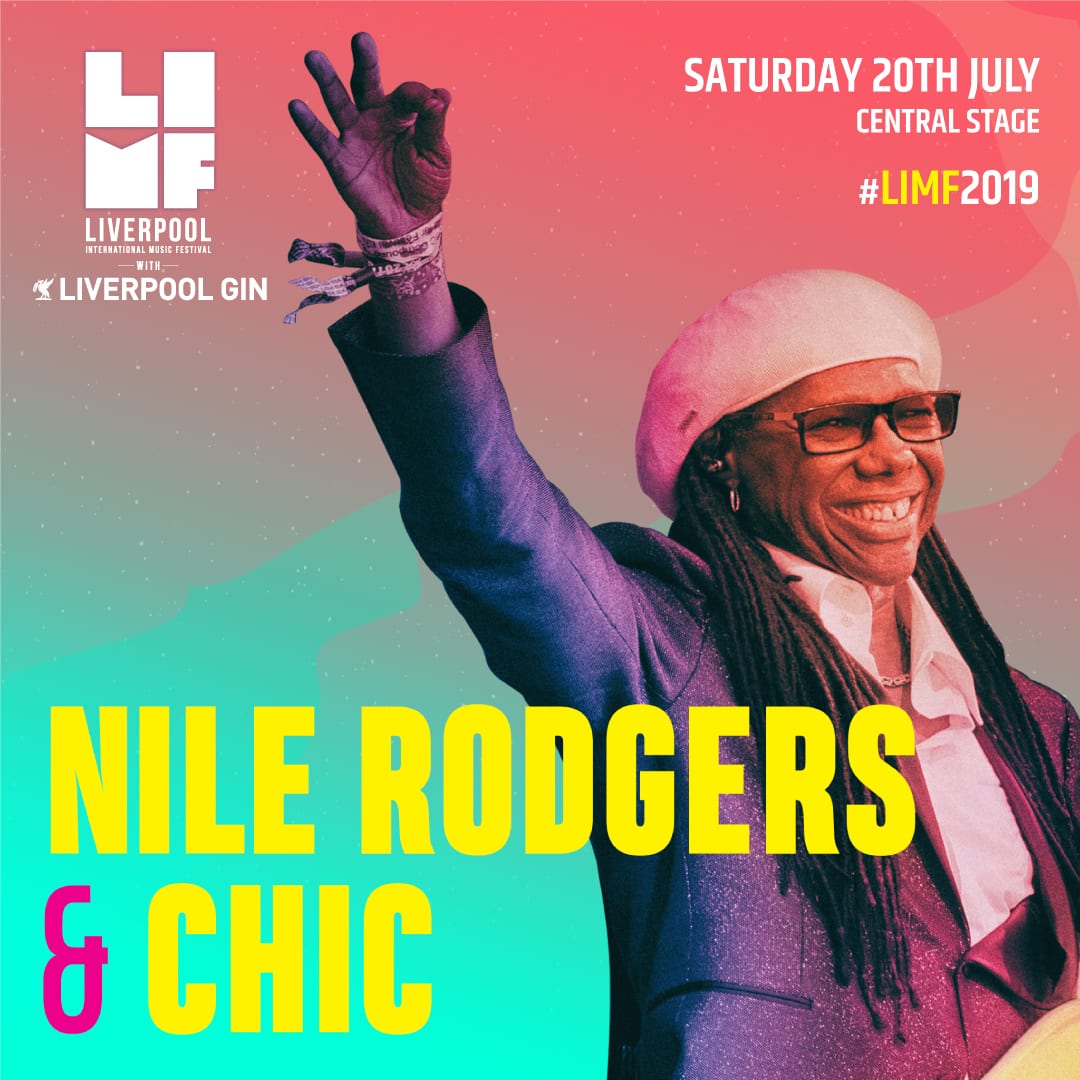 Last in the city in July 2017 as part of Liverpool Music Week, songwriter, producer, musician, composer and co-founder of Chic, Nile will bring the funky to LIMF 2017 on Saturday 20th July. It’s just £11 a ticket to see this global superstar perform some of the most famous disco tracks ever written, right here in Liverpool. See the full LIMF lineup here.

Nile said about Liverpool “Liverpool has been the site of some of my greatest moments as an artist from our triumphant concerts there, where we are made to feel like we are from Anfield or the Old Swan to being honoured by Sir Paul McCartney at LIPA. We cannot wait to be back to Merseyside not once, but twice this summer!”

We are delighted once again at The Guide Liverpool to be bringing you all of the build up, and the action as it happens, with our Jay Hynd hosting Central Stage across the LIMF weekend.

Here’s 7 reasons why we can’t wait to see Nile Rodger and Chic perform at LIMF 2019…. 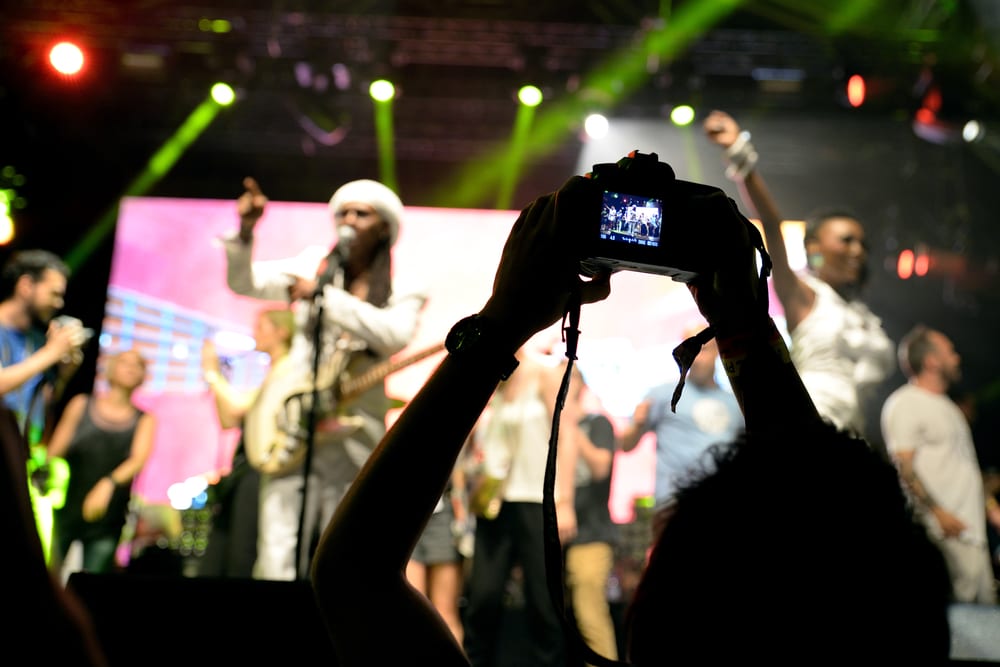 The bottom line is, whatever tracks Nile chooses to drop at LIMF, every one of them will be a banger. Known for being an influencer from his early days in the business, it’s no surprise his career has spanned the decades. Although Chic topped the charts with disco anthems, Nile has written and produced chart toppers in loads of other genres too. 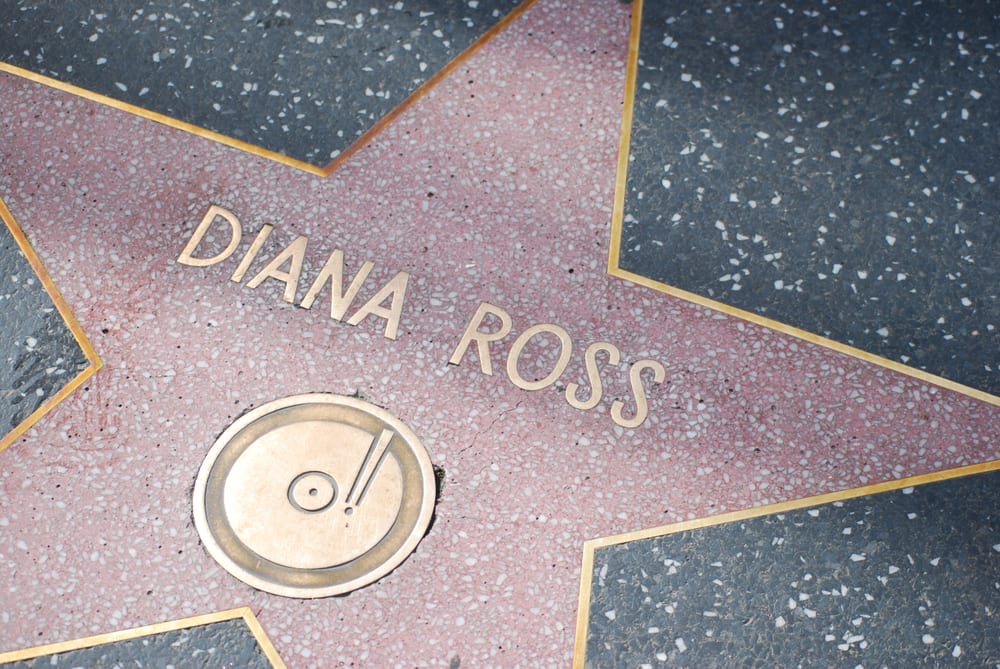 MORE: All of these Scouse LIMF 2019 artists prove that Liverpool is City of Music

The Biggest Disco Tunes EVER 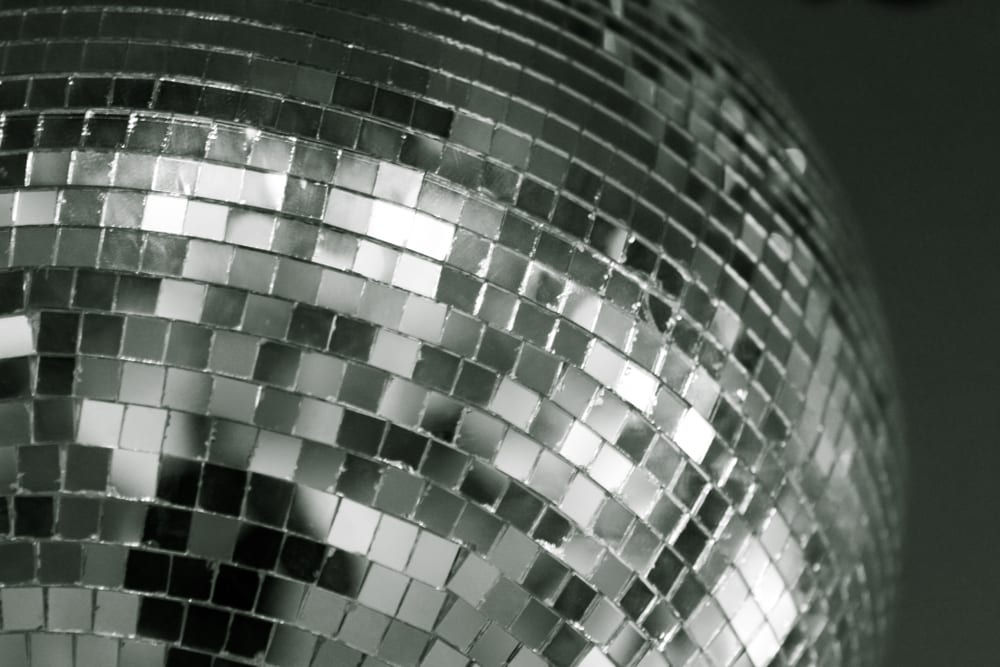 Chic tracks have spanned generations with their popularity and lyrics that work their way into our subconscious. ‘Good Times’ is one of the most sampled tracks of all time (and it influenced Another One Bites The Dust by Queen) while ‘Le Freak’ released in 1978 went on to sell more than 7 million singles. Guaranteed you know the words to ‘I Want Your Love’ and ‘Everybody Dance’.

If It’s an Anthem, Nile Has Been Involved 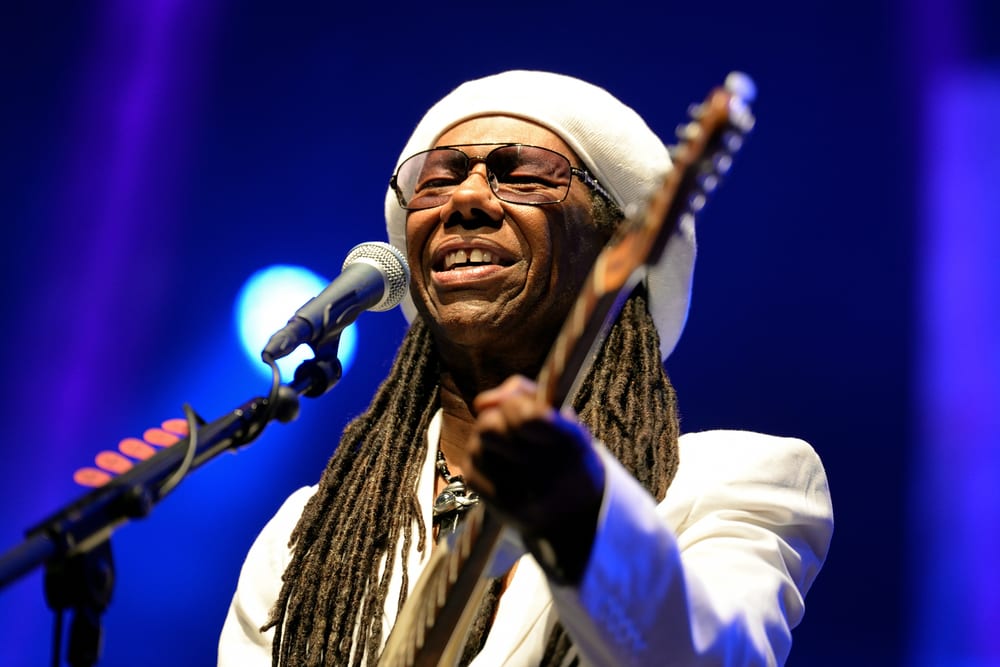 Nile Rodgers is one of the most celebrated producers and musicians in the world. In recent years you’ve seen him doing his thing in music videos such as ‘Get Lucky’ with Pharrell and Daft Punk but behind the scenes Nile has played an integral part in many huge hits. We Are Family with Sister Sledge, Let’s Dance with Bowie, The Reflex with Duran Duran, Lay Me Down with Avicii, Fantasy with George Michael and Telepathy with Christina Aguilera are all part of Nile’s phenomenal production/song writing catalogue. 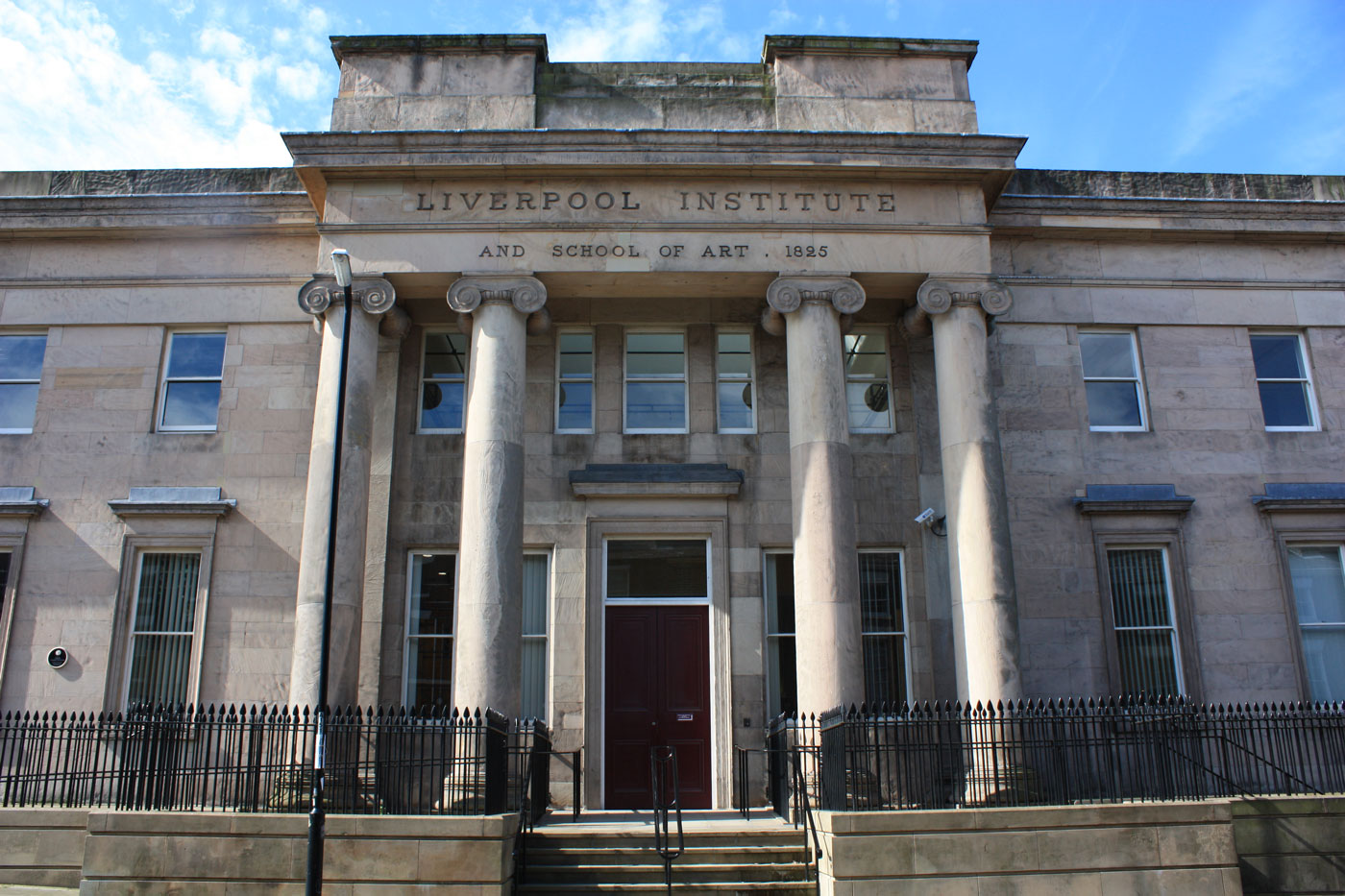 Alright he’s not really but Sir Paul McCartney presented Nile with the Liverpool Institute Of Performing Arts ‘Companion Award’ in 2018 and that counts for being a little bit scouse. He’s also played our M&S Bank Arena and says he LOVES performing in Liverpool hence his LIMF 2019 performance.

Nile and his partner Nancy created their own not-for-profit organisation to help others. We Are Family Foundation was set up in the wake of 9/11 2001. The foundation creates and supports programmes that inspire and educate people on mutual respect, understanding and cultural diversity. Nile also support The American Foundation for AIDS Research. 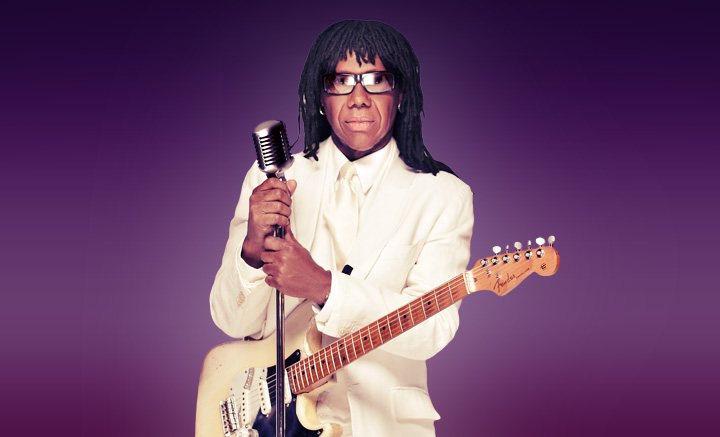 You can see this multi award-winning icon perform, with his band, in Sefton Park on a Saturday night in the summer for just £11. Seriously, get your tickets now. You probably won’t ever get the chance to see such a legend for such little money ever again. BOOK HERE! 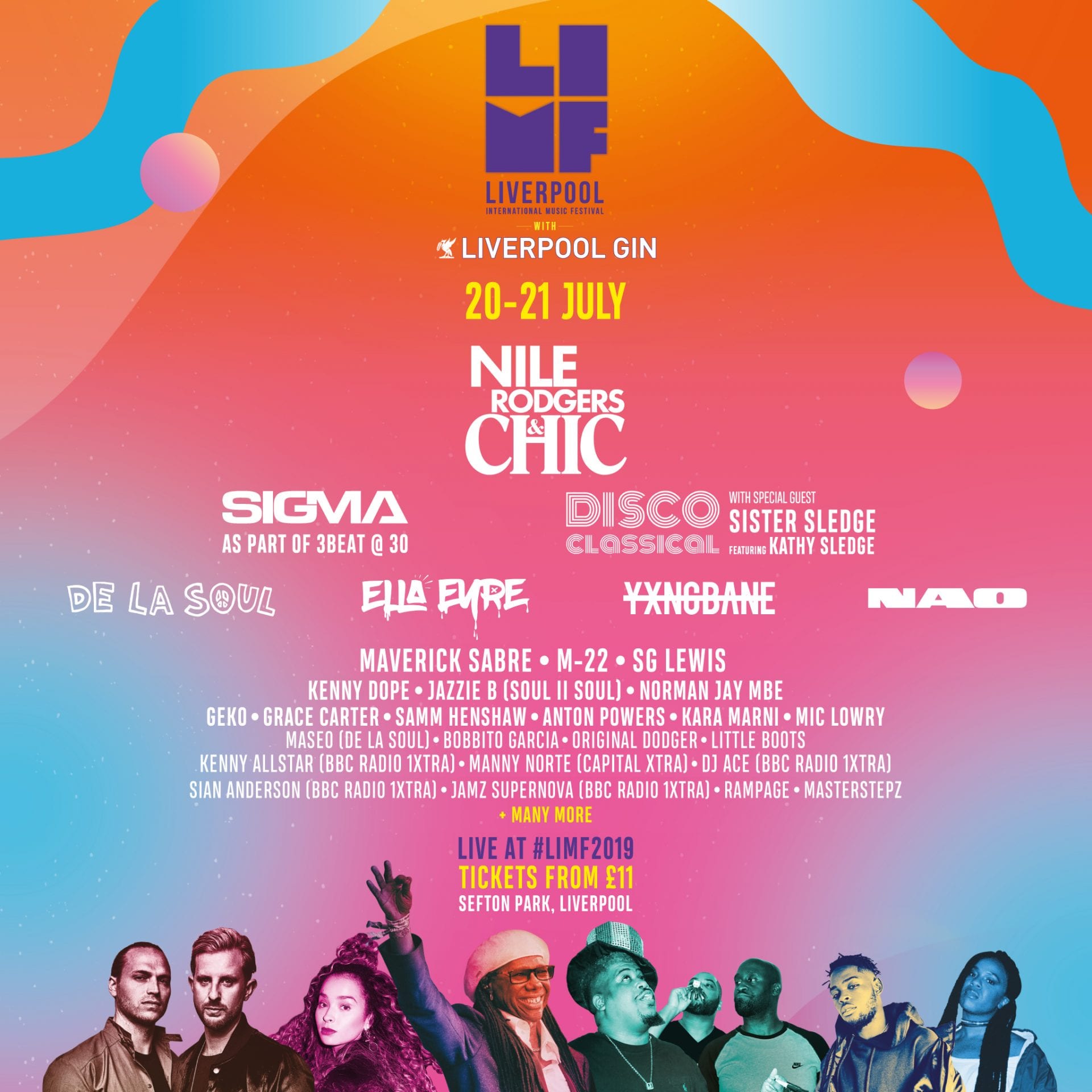 To get your tickets for LIMF 2019, head to www.limfestival.co.uk.