Nineteen writers from across the North of England including Dominique Walker announced for My White Best Friend - The Guide Liverpool
Contact Us Advertise with The Guide Our Video Services Follow us:

Nineteen Black and ethnically diverse writers from across the North of England will pen personal letters to be read out live on stage, as part of a theatre piece exploring moments left unsaid, with letters addressed to those who needs to hear it the most.

My White Best Friend – North invites commissioned Northern artists to write a series of personal letters exploring the personal and politics we don’t dare say, which are sealed in an envelope, then opened and read by actors for the first time on the night. Performed across venues in Leeds, Liverpool and Manchester, the production is a collaboration between Eclipse Theatre, Liverpool Everyman & Playhouse theatres and Royal Exchange Theatre.

Based in Leeds, Eclipse Theatre will present the production in three venues across the city including Slung Low’s venue The Holbeck on 22 October, The Riley Theatre on 2 November and Left Bank on 9 November. Writers announced for shows in Leeds are:Nick Ahad, Marcia Layne, Jamal Gerald, Malika Booker, Khadijah Ibrahiim, Chanje Kunda and Naomi Sumner Chan. 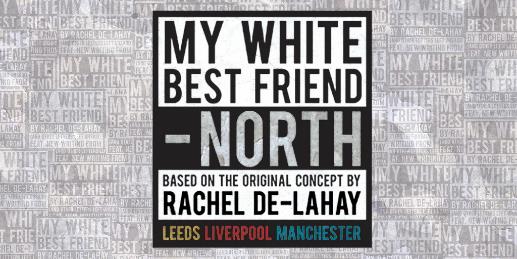 The project builds on the ground-breaking My White Best Friend (and other letters left unsaid) by Rachel De-Lahay, first performed at The Bunker and the Royal Court in London to critical acclaim.

“The words of My White Best Friend (and Other Letters Left Unsaid) hit actors and spectators simultaneously. The performers reading these fictional letters, giving voice to what it is to be Black in a white-curated world, opened their scripts for the first time in front of an online audience.” The Guardian

The new letters by northern writers will be performed alongside Rachel De-Lahay’s original letter from My White Best Friend, across all northern venues. Rachel De-Lahay, said: “Theatre in this country can be so London centric. I’m so proud to see this project be taken up North. I cannot wait to hear these brilliant writers dare say things they have, up until now, kept quiet.”

Tickets for My White Best Friend – North for all venues are on sale now. For more information visit Liverpool Everyman & Playhouse theatres website.