Nova Scotia: How new waterfront bar will create an exciting future for Mann Island site once home to forgotten dockside village - The Guide Liverpool
Contact Us Advertise with The Guide Our Video Services Follow us:

Nova Scotia will launch at Mann Island ahead of summer, but where does the new venue get its name from?

With  just three weeks to go to the opening of Mann Island’s new bar Nova Scotia, owner Iain Hoskins says he’s ‘super confident’ about its future – and looking forward to sharing more about the area’s fascinating past.

Nova Scotia will be launched in the middle of May in the prime waterfront site of Mann Island buildings.

And Iain says: “It feels like the crossroads of the world right here, it’s one of the best locations in the city, it’s incredible, and I am really excited about it.

“Over the last couple of weeks as we’ve been getting it ready, we’ve had people knocking on the windows to see if we’re open, and so I’m confident of its success.

“It’s a busy place where people come if they’re in Liverpool for two hours or two weeks, and we’re opening at just the right time as we head into summer.”

With its name a nod to the shanty town which used to be there until a hundred years ago Iain says he is keen for people to know more about the former life of the area.

“It’s somewhere people flock to to learn more about the city’s heritage and discover how much it has changed, and yet when I’ve mentioned the name, it’s surprising that only a few people have known about its history, and I’m fascinated by this part of Liverpool, once a dockside village that got swallowed up when the docks expanded.”

Before it was known as ‘Mann Island’ the area used to be called Nova Scotia: “It was a much larger area and was a forgotten shanty town that most people, unless they have got a connection with it, wouldn’t really know. 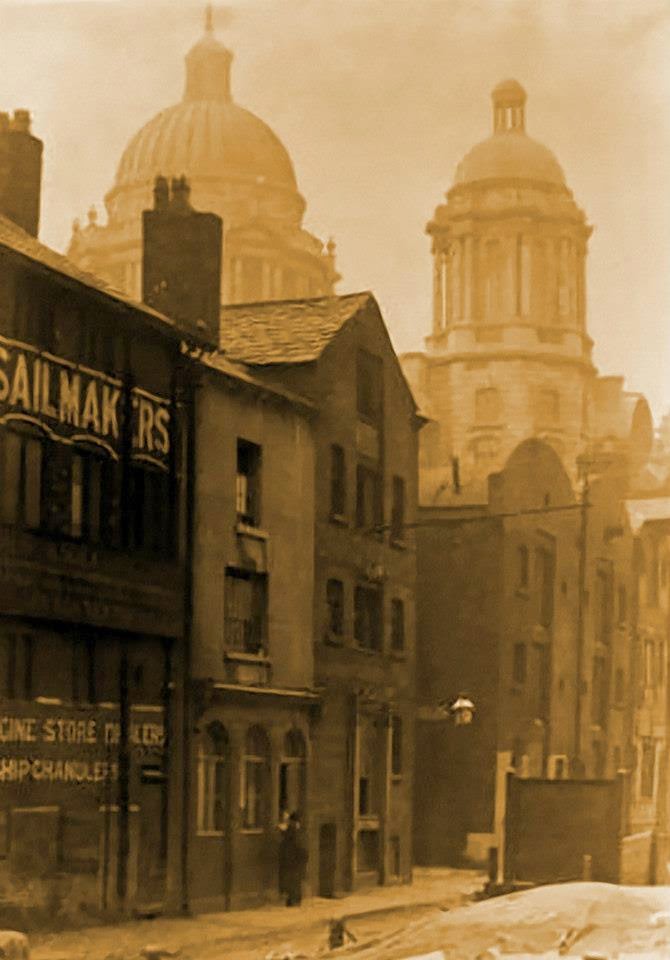 “It grew essentially from the 16-1700s when the small dock area that was here was twinned with Canada, and the main exports from Canada to Liverpool were lumber and wood; so basically the wood that was being used for shipbuilding here before it moved to Bootle. Sometimes it was maple to make all the fine furniture for the shipping merchants.

“The area was called Nova Scotia because of its twinning with Canada and, as a result, there is a Liverpool in Nova Scotia, as well as a River Mersey and a Mann Island.

“Like all the docks that changed so rapidly during industrialisation, that was what happened here.  As the docks got bigger and bigger, the shanty town that was here, and that had all these supplementary trades that supported the small dock, like rope makers and sail makers and that type of thing, disappeared.”

Iain adds: “If you look back at archive pictures, it was what you would have expected, little low-rise dwellings with two storeys, cobbled streets, and it was pretty much a cheek-by-jowl area.

“Over the course of 2-300 years the space got smaller and smaller – obviously it pre-dates the Liver Building and all that type of stuff – but there are pictures when it was in its last breath, about 1915-20, where you can still see a little strip of lower houses with the Pier Head and Port of Liverpool behind.

“As a forgotten piece of history it’s interesting to bring it back into people’s consciousness.

“Also, the Mann Island building is quite divisive, some people love it and some people hate it, but we have looked at old maps of Nova Scotia and where it was, and it’s interesting to see that the older warehouses that were on this plot of land, do mirror – their footprint mirrors – the plot of land that Mann Island was built on, so it must have been in the architect’s mind which I don’t think was possibly translated.” 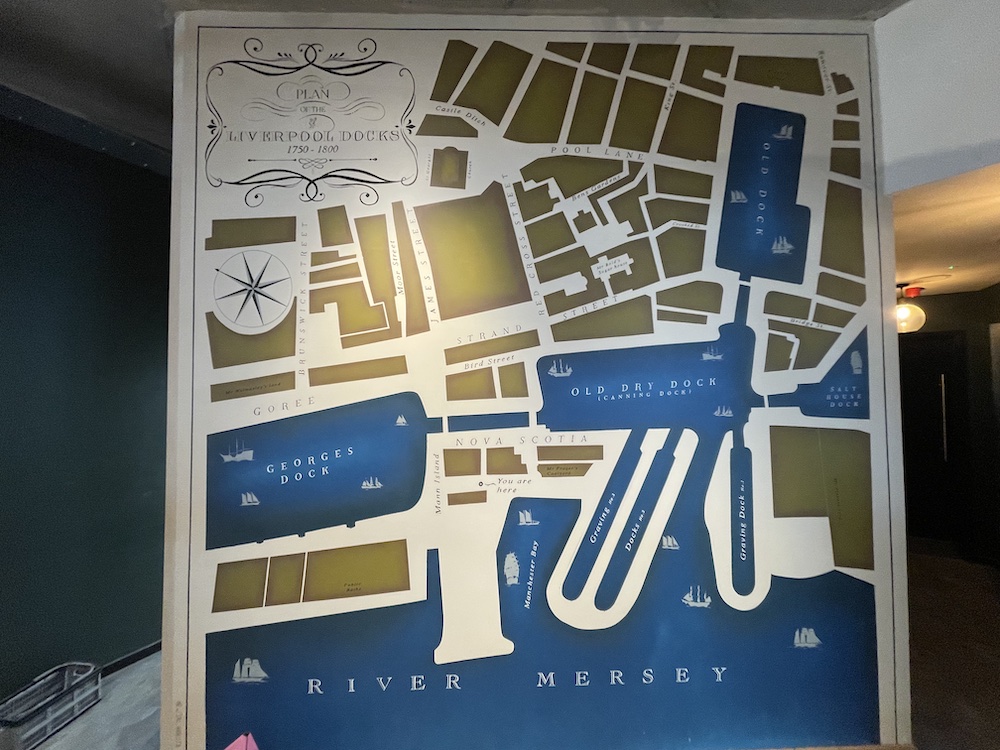 Nova Scotia will nod to its past with maritime and nautical influences in its design, using reclaimed wood to clad one side of the bar; along with a nudge to its connection with Canada and the famous ships that left the port during that era on the menu.

“If you want somewhere to go out for a bite to eat or a drink, it will be a nice-looking, beautiful bar and restaurant that ticks every box in terms of what you’d want from going somewhere on the docks, and for those who are interested in the history, that’s there for them as well.”

Iain says it will serve all ages from eight to 80, and be great for families and tourists as well as its professional neighbours and residents, ‘those coming to the docks for concerts, or just meals out and nights out’.

“We have tried to pitch it to everyone, whether you want early evening cocktails before going out or for a bite to eat before a show at the arena, and we have got a great outdoor space too.” 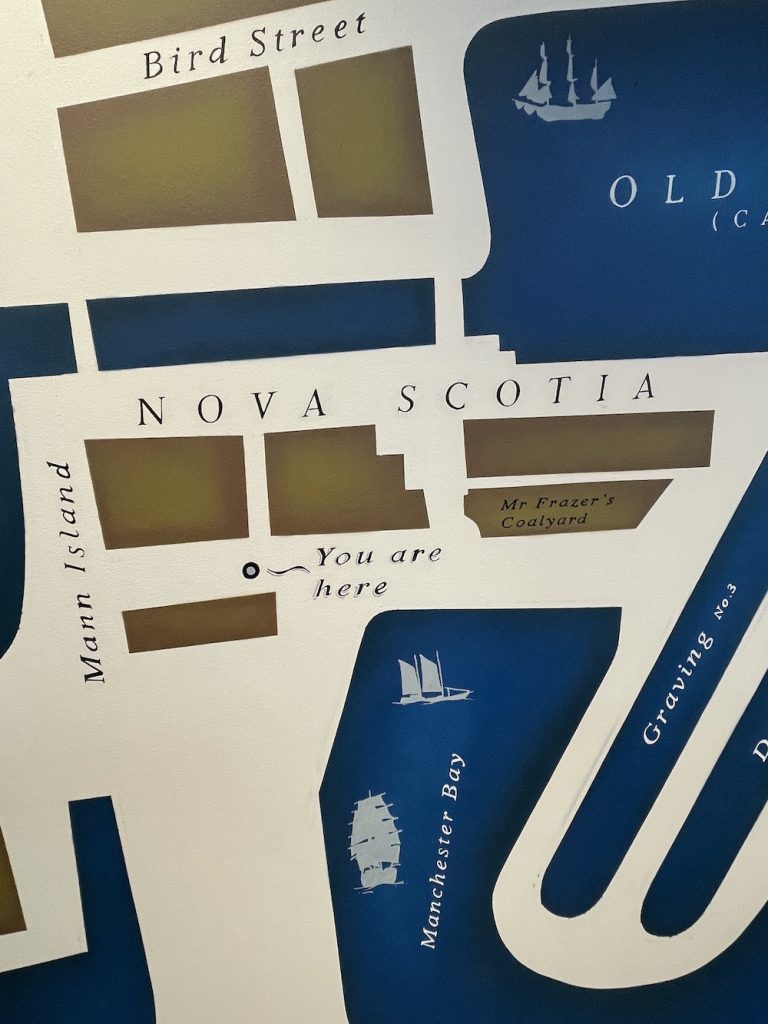 Iain says the Albert Dock already feels like an iconic area and a well-worn path for visitors, but Mann Island has so much more potential to be gained and taken advantage of which is why he decided to add it to a portfolio of bars and restaurants which already boasted Tempest at Tithebarn and Ma Boyle’s Alehouse and Eaterie.

“The reality is that you can’t predict anything – the last two years have shown us that,” concludes Iain.

“They say it will take three years for Liverpool to get back where it was before lockdown in terms of international visitors but its hospitality industry is incredible and has come back very quickly.

“There are always people who want to visit the city and this is a destination spot, one of the best in the city. I am confident and excited.”