Oktoberfest is back and bigger than ever at Camp and Furnace - The Guide Liverpool
Contact Us Advertise with The Guide Our Video Services Follow us:

Oktoberfest is back and bigger than ever at Camp and Furnace

It’s the most fun you can have with a massive beer in your hand – and now Oktoberfest is coming back for another three stein and sausage-filled nights at Camp and Furnace.

Furnace will be transformed into a Bavarian beer hall for the weekend of October 15 and 16 and, because nobody really wants the oompah-ing to ever end, it’s back for one extra date on November 6.

Camp and Furnace is giving itself an Oktoberfest makeover with loads of  bunting, festoon lighting and over-sized banners hung around the long wooden tables and benches for what’s bound to be one of the biggest party events of the year so far. 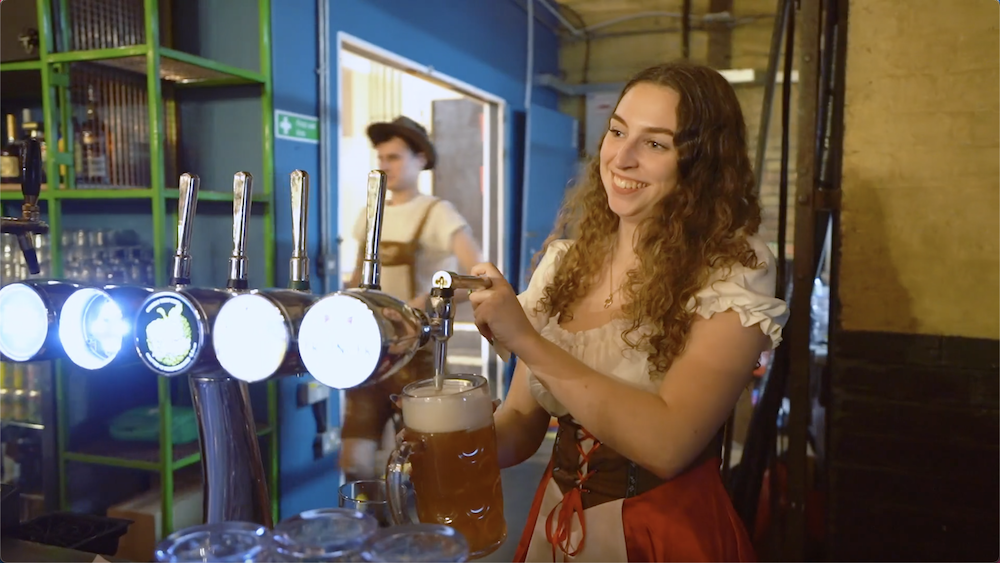 As well as music from a live band to make sure everyone’s up and singing and swinging along, resident DJ Aaron will be getting his Bavarian drag on and bringing alter ego Heidi Sausage to run the games and keep the entertainment coming.

With staff all decked out in traditional German lederhosen, they’ll be serving up a specially-selected range of German beers like Krombacker/Maxlrainer/Hoffenbrau/Erdinger and Warsteiner on tap, as well as bottles, plus there’ll be an Oktoberfest lager which is easy-drinking and just the right strength for those giant steins.

The Bavarian theme will be taking over the food for the nights too, with a bespoke menu created by Dutch chip and dip supremos Chip’D who’ll be cooking speciality  sausages, plus veggie and vegan options, as well as their signature loaded chips and pretzels. 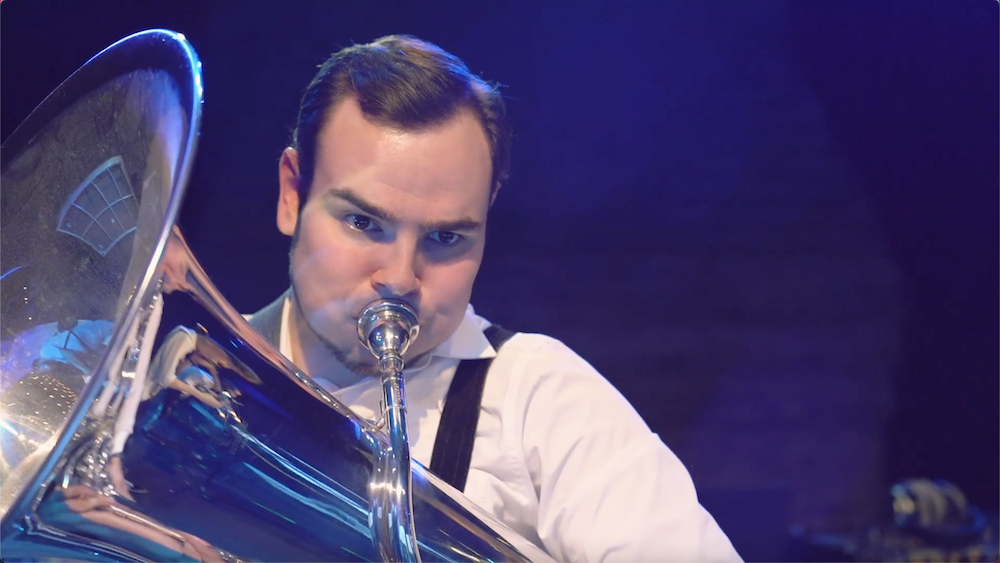 And, if all that wasn’t enough, Jack Clarke from Camp and Furnace says this is just the start of major Oktoberfest celebrations for the venue.

“We’ve been doing Oktoberfest for the past few years and seen it growing every time so we know the demand is there in Liverpool for something even bigger,” he explains. 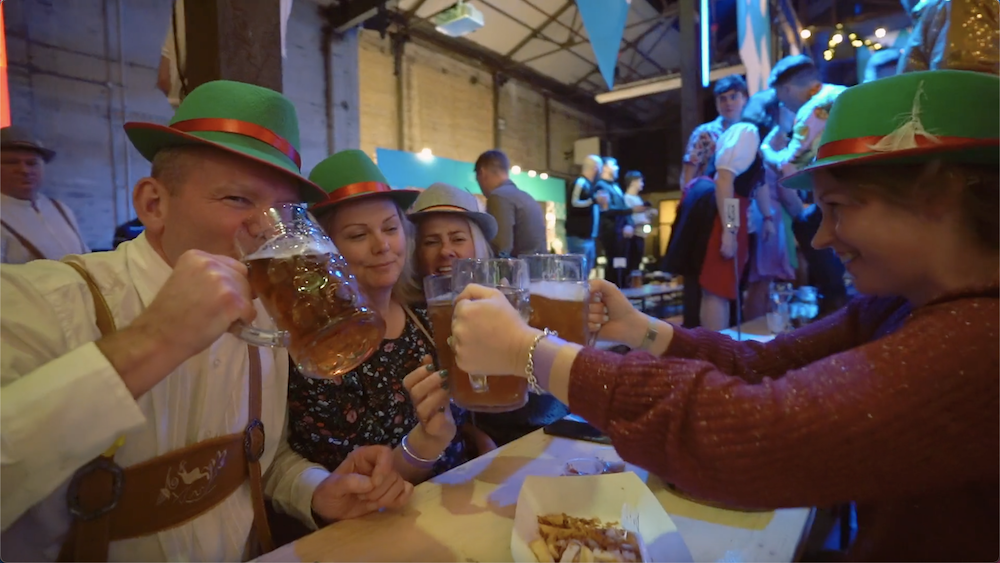 “After having to cancel in 2020 because of Covid restrictions, we’ve been able to plan five dates for 2021. Our October 1 & 2 were a sell-out and they were amazing, and October 15 is already sold out, which is why we’ve decided to take it into November and give Oktoberfest fans a bonus.

“We’re also looking at having a Christmas Bavarian event and next year we’ll have Oktoberfest events running for the whole of October and hopefully a Bavarian brunch earlier in the year, which will be similar to our evening sessions but in the daytime.”

Jack says skipping last year, and the fact that fewer people will be travelling to Munich to join the crowds there, means 2021 here is going to be extra special. 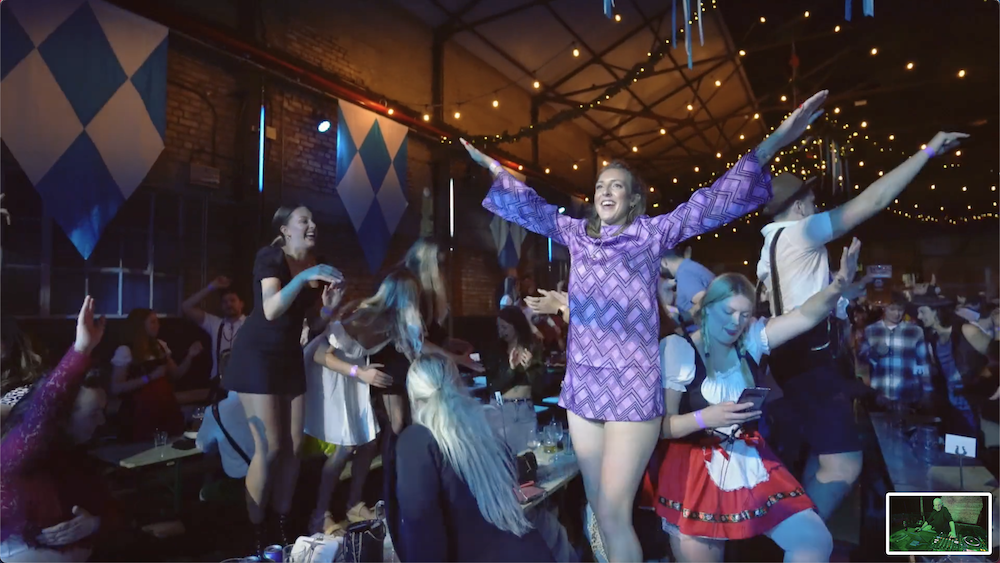 So, for nights packed with beer, cheer and one enormous sing-a-long, Oktoberfest Camp and Furnace-style is definitely going to be a little bit of Germany in the Baltic.

Also, keep the Bavarian celebrations going at Camp and Furnace on 23 December at ‘A Very Bavarian Christmas’! Watch this space for more details.

Book your tickets for the next Oktoberfest event at Camp and Furnace here.

MORE - Stoptober: Ex-smoker thanks hospital staff who helped him quit