Olivia Pratt-Korbel's mother bids her "goodnight" at funeral service in Knotty Ash - The Guide Liverpool
Contact Us Advertise with The Guide Our Video Services Follow us:

The mother of Olivia Pratt-Korbel has said “goodnight” to her daughter as mourners turned out in pink for her funeral.

St Margaret Mary’s Church in Knotty Ash, Liverpool, was full for the funeral mass on Thursday, with people also standing on the pavement outside to pay their respects.

Olivia, nine, was fatally shot in her home in Dovecot on August 22.

Pink ties, jackets, scarves and bows were worn by those attending the service after her family asked people to wear a “splash of pink”.

Olivia’s mother Cheryl Korbel, 46, who was injured in the shooting, carried a pink teddy into the service.

In a eulogy, she said Olivia was born six weeks early and spent nine days in a special baby unit. 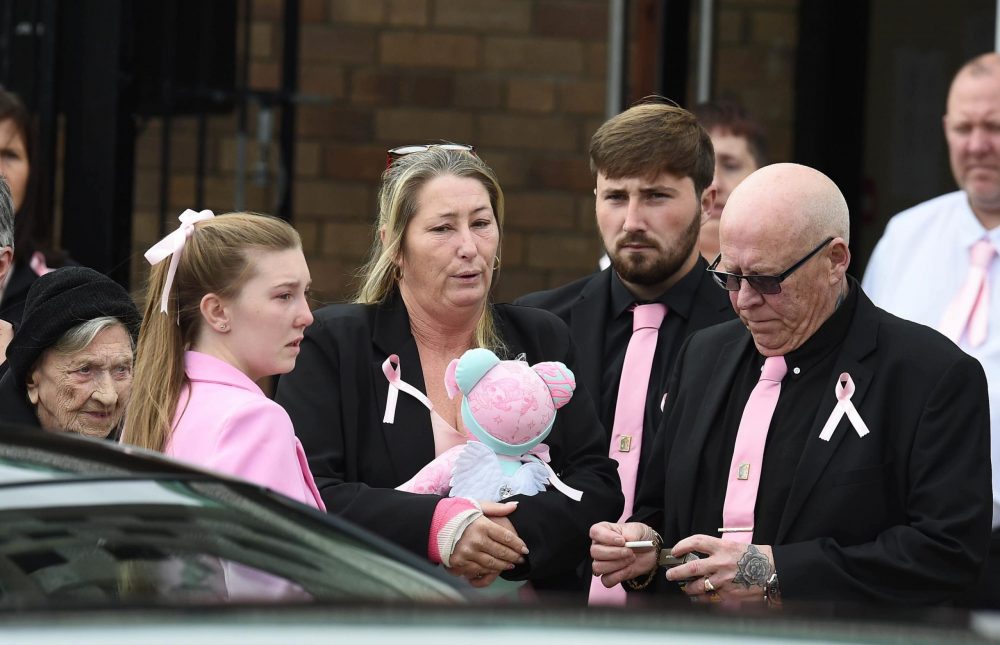 She said: “She was so small yet even as a newborn she had her own mind.”

She said Olivia was “chatty” and “bubbly”, and she joked that her daughter would talk so much that they thought she ran on Duracell batteries.

She added: “Olivia knew exactly how to wrap people around her little finger to get what she wanted, especially her brother Ryan and sister Chloe.

“She would often give them a cheeky smile and they would give in instantly.”

Ending the eulogy, Mrs Korbel said: “Liv touched so many people’s hearts and was loved and adored by everyone.

“She will never be forgotten.

“I will never say goodbye but what I will say is goodnight, love you, see you in the morning.” 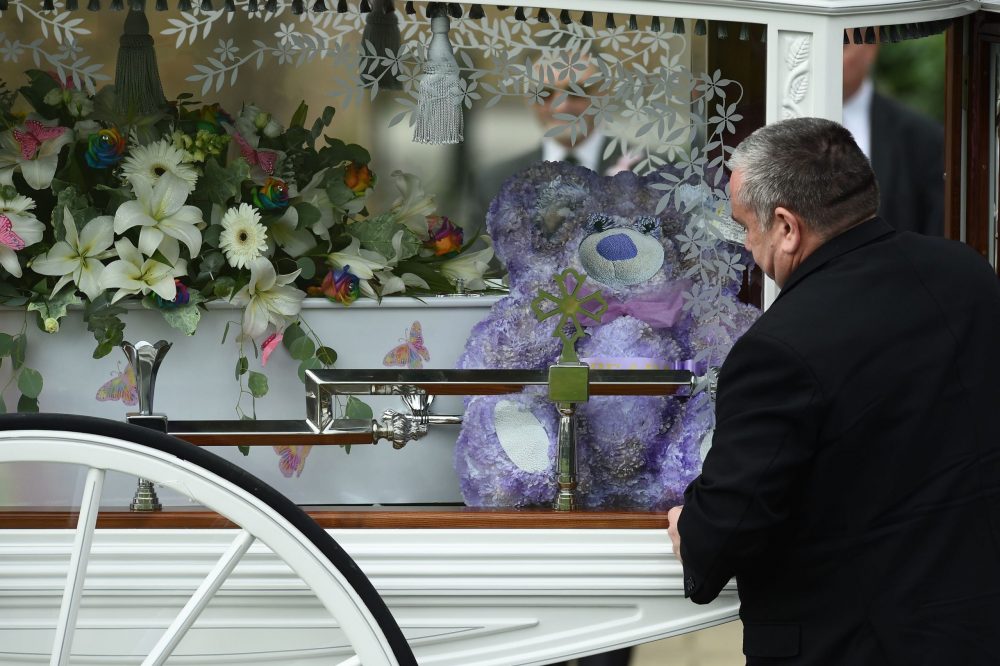 A eulogy from her father John Francis Pratt was read by parish priest Father Roy Cooper.

He described “our very own little diva” and said Olivia was kind, caring and helpful.

Her coffin was brought to the church in a white horse-drawn carriage, with floral tributes in the shape of a unicorn and a teddy placed alongside it.

In a homily, Archbishop of Liverpool Malcolm McMahon said Olivia was a “gift to her family and all who knew her”.

He said: “In St Paul’s words, let us comfort one another with words of faith – faith in each other, faith in God and faith in the belief that Olivia’s untimely death will lead to a community here in Liverpool without violence, that it will become a place of peace and justice.” 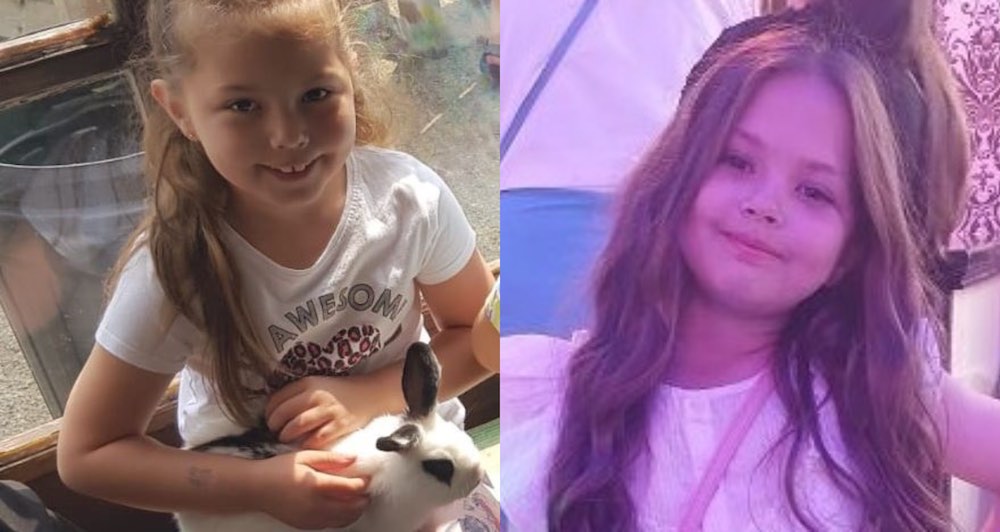 Amazing Grace was sung as the coffin left the church, with those outside applauding as the cortege left for a private burial.

Pink hearts were placed on the fences of St Margaret Mary’s Junior School, next to the church, where Olivia was a pupil.

Police are continuing to hunt the gunman who chased convicted burglar Joseph Nee into Olivia’s family home at about 10pm.

Olivia died from a gunshot wound to her chest.

The founder of charity Crimestoppers, Lord Ashcroft, has offered a £50,000 reward for information leading to the conviction of those responsible for her death.

The reward will be given for information leading to the conviction of Olivia’ killer that is given exclusively to Crimestoppers, by calling 0800 555 111 or online at here.