Liverpool’s pilot of mass coronavirus testing is “going in the right direction” but more people are being encouraged to take part, the Defence Secretary has said.

About 2,000 soldiers have been deployed to the city for the project, which was intended to run for an initial period of 10 to 14 days.

Speaking on a visit to the testing site at Exhibition Centre Liverpool on Monday, the 11th day of the pilot, Ben Wallace said the Army would continue to assist for “as long as there is a need”.

But he said they would like more people to come forward for tests.

“The rollout’s been good, the soldiers have been welcomed, the public have come from all over the city,” he said.

“We’d like more people to come but some of that is a challenge for ourselves about do we move or shift and go to other parts of other communities where we’re not seeing a high uptake, do we do more to publicise it? And I think that’s a role for both public health and local authority to do alongside, but it’s going in the right direction.”

The pilot, which began on November 6, allows everyone who lives and works in Liverpool to get a regular coronavirus test even if they do not have symptoms. 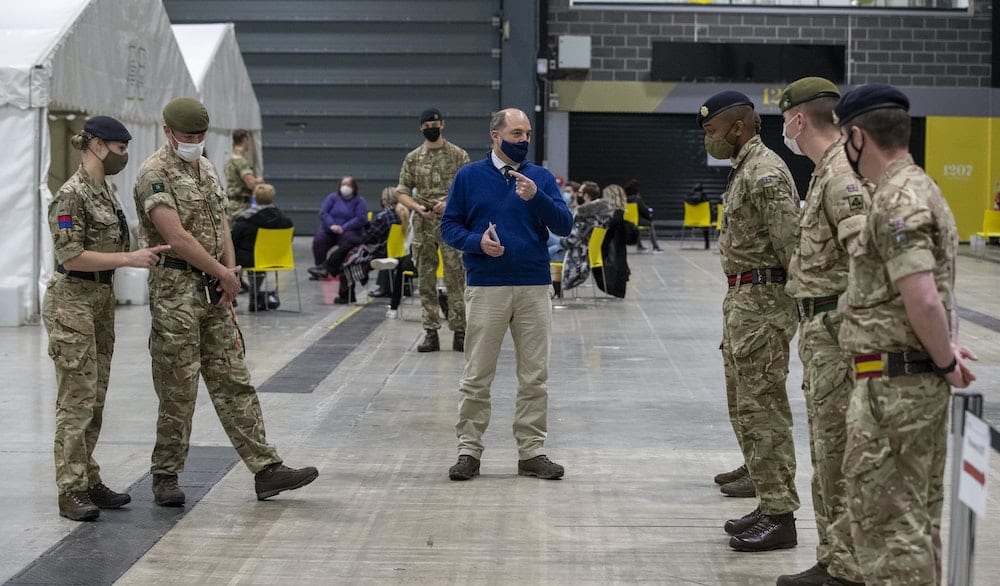 Soldiers in centres across the city are using lateral flow tests, which give results within an hour.

On Sunday, Liverpool City Council said 109,714 residents – 22% of the population – had been tested as part of the pilot.

Test centres have also been set up at schools and universities.

At the Exhibition Centre on Monday, soldiers could be seen providing training to care home staff to enable them to administer lateral flow tests to their residents and visitors.

Mr Wallace said: “In some areas we want to expand this as much as possible so today you’ll see carers from care homes coming in, being taught how to administer these tests, being able to then take the test to the care homes and delivering on behalf of both the residents, but also the relatives, so that people can try and at least have some visits or indeed get back to normal.”

Trooper Dan House, 22, who spoke to Mr Wallace during his visit, said up to 500 tests a day were being carried out at the site where he was based.

He said: “It’s been well received, especially at Aintree Baptist Church where I’ve been predominantly based.

“Members of the public have been bringing in tubs of Celebrations and Heroes for us.

“It’s nice to know the work we’re doing is coming across to the British public and they’re happy we’re here.”